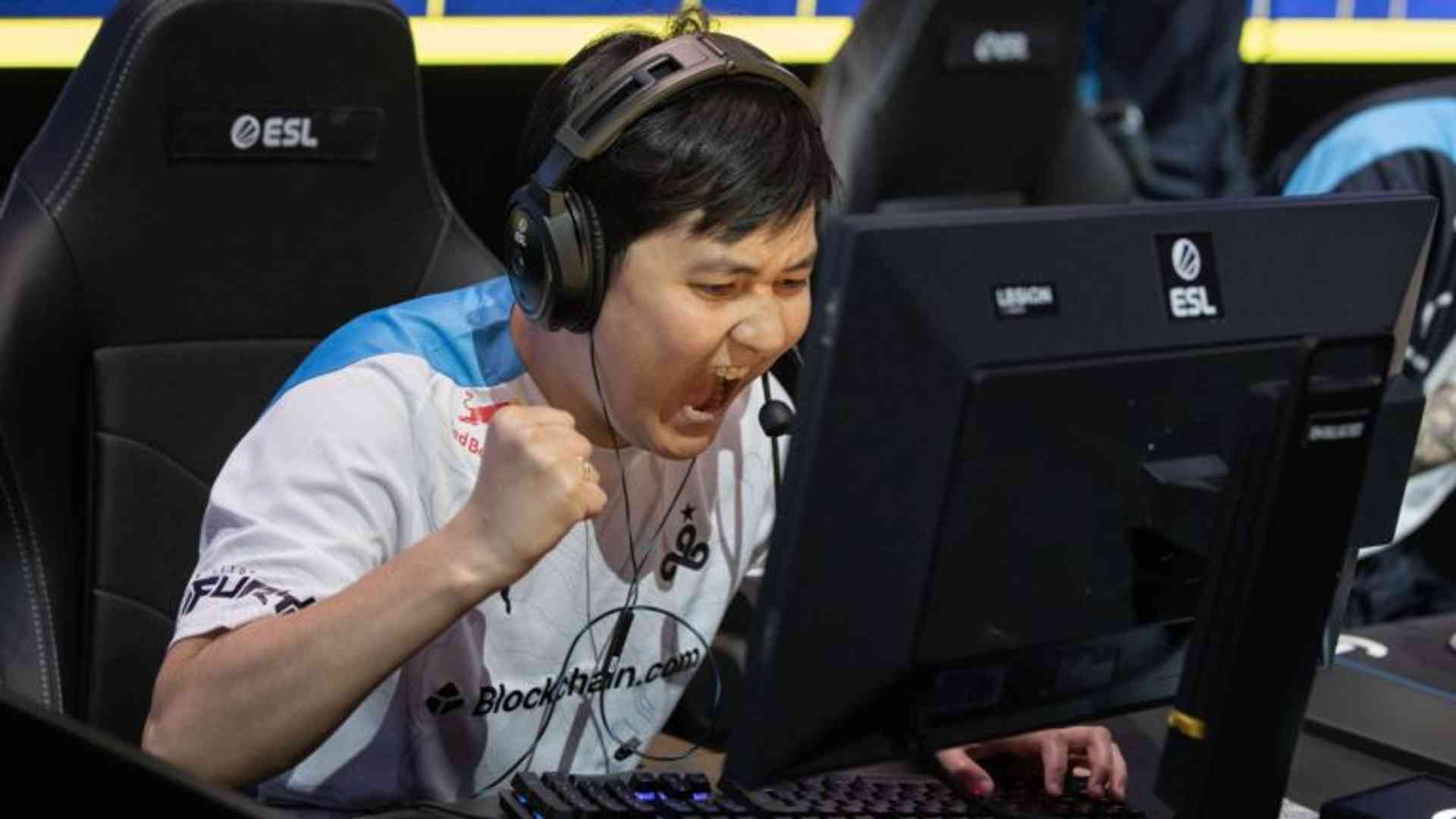 The last group of ESL Pro League Season 16, Group D, saw the final six teams go head-to-head for the last three spots available for the Playoffs. The games were action-packed, and there were a lot of closely-fought matches. In Group D, there were no completely new lineups; teams were either bedding in just one new player or continuing with the same five as before the Summer break. The stable rosters meant there was some high-quality Counter-Strike on display, preparing us nicely for the Playoffs, which are starting in just a couple of days. Here are our six major takeaways from Group D of ESL Pro League Season 16.

Having not played an official for nearly two months, Cloud9 looks sharp.

Before ESL Pro League Season 16, the last LAN event the Russian squad attended was IEM Cologne 2022, almost two months ago. Before that, IEM Dallas 2022 was a tournament that saw the famed American organization lift their first trophy since their Major win in Boston four years ago. Konstantin “groove” Pikiner’s men failed to carry their momentum from Dallas into Cologne as they bombed out of IEM Cologne 2022 in 9-12th place, losing to a new-look Liquid with Mareks “YEKINDAR” Gaļinskis standing in. However, with a prolonged Summer break, the Russian/Kazakhstan mix looked to turn their fortunes around in Malta and had plenty of time to prepare themselves. With high expectations, Vladislav “nafany” Gorshkov and Co looked to top Group D and entered the playoffs looking to challenge the trophy.

Although Cloud9 looked formidable, although they were far and away the best team in the group, they didn’t go flawless so that they could be beaten. The CIS squad played exceptionally throughout Group D in Malta, going 8-0 in maps until the final day, where they faced Liquid. Heading into their bout against the American side, Vladislav “nafany” Gorshkov’s men were already confirmed for playoffs. Still, a win here would cement themselves as tournament favorites, with FaZe and Natus Vincere slipping up earlier in the competition. Unfortunately, it was not meant to be, and Cloud9 fell 2-0 following a monstrous performance from Mareks “YEKINDAR” Gaļinskis, who averaged a 1.56 rating in the series. 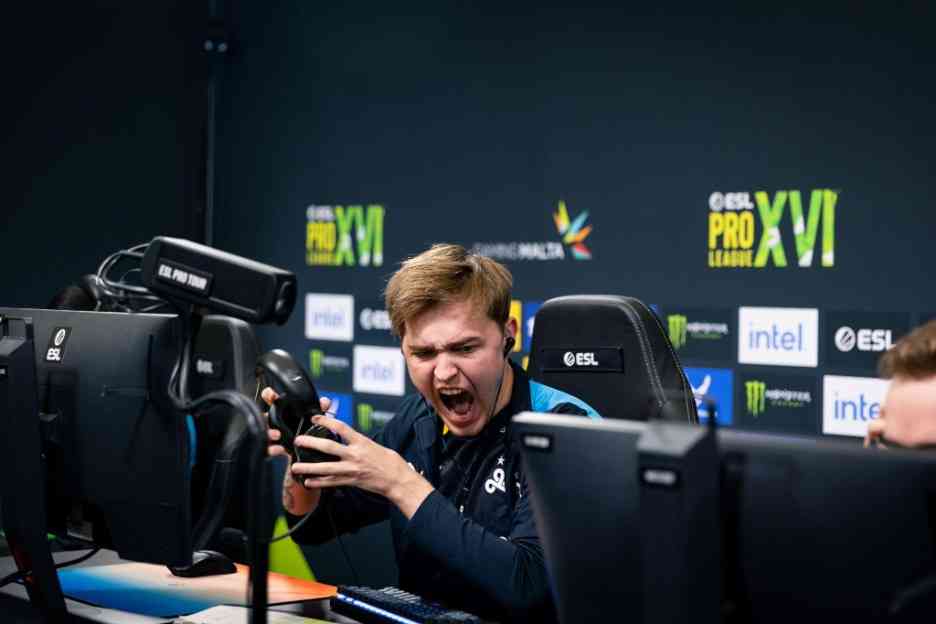 Despite their loss on the final day, we must speak on Cloud9’s form throughout the rest of the group. Dmitry “sh1ro” Sokolov is having another strong tournament on the sniper and was instrumental in the success they found in Malta. Another thing to note, Timofey “interz” Yakushin, the support player for the Cloud9 side, is having a great tournament so far and is putting up some excellent numbers for his team. Cloud9 fans will be hoping their final day performance was a blip on the radar and that the Russian side can enter the playoffs and fight for the trophy in Malta.

Can Vladislav “nafany” Gorshkov’s side rectify their form from the final day and embark on a title challenge at Season 16 of ESL Pro League?

The addition of Rafael “saffee” Costa from paiN at the start of the year was made with the intention of FURIA being able to fight for silverware on a global stage. This has not come to fruition, and the Brazilian side has been struggling. They arrived in Malta after two poor results in Cologne and Valencia, and over the Summer break, they will have been working tirelessly to have a strong result in ESL Pro League Season 16.

FURIA were Semi-Finalists in Season 15, which could happen again, this time in Malta. FURIA made the event's playoffs with a final score in the group of 4-1, only losing out to group winners Cloud9. The Brazilian squad had close games against Eternal Fire and Liquid and required heroics from their star player Kaike “KSCERATO” Cerato, throughout the tournament to pick up victories. The 23-year-old was on fire in Malta and is the second-highest rated player in the game so far, only behind Mathieu “ZywOo” Herbaut. He averaged a 1.41 rating and consistently put up superstar numbers in every single series he played.

Alongside Kaike “KSCERATO” Cerato, Andrei “arT” Piovezan has been a key player for the FURIA side thus far. Their leader has managed to find tonnes of impact on the server, finding entry kill after entry kill, and this will need to continue if the Brazilians want a strong result in the playoffs. Their sniper, Rafael “saffee” Costa, was the biggest disappointment for me so far, he failed to have a huge presence on the server and was not putting up strong numbers for his team. If Andrei “arT” Piovezan can find a way to get his sniper online, FURIA could be in for a good result in Malta. 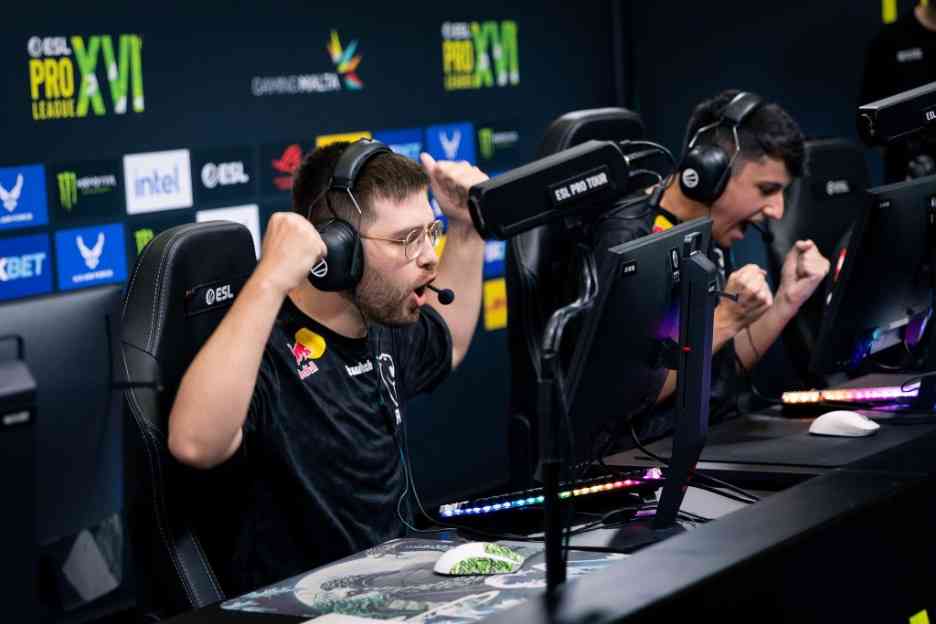 Can Kaike “KSCERATO” Cerato keep up his electric form and carry his side to glory at ESL Pro League Season 16?

Mareks “YEKINDAR” Gaļinskis has been hot property in the Counter-Strike scene since his debut at the tier-one level with Virtus.Pro. The 22-year-old Latvian has stood out as one of the most prolific entry fraggers in the game. His prowess on the server landed him a spot on Liquid, and he has been playing for the organization as a stand-in for a while now, and it seems like a matter of time until he signs a permanent deal.

So far with the American squad, he has had two strong results - a Playoff appearance in Cologne and a first-place finish in the group at BLAST Premier Fall. Mareks “YEKINDAR” Gaļinskis’s arrival alongside coach Damian “daps” Steele is expected to round out the Liquid side for the rest of the year, where they will hope to fight for trophies akin to 2018 and 2019.

The fantastic atmosphere and fragging the Latvian rifler brought to Liquid led to high expectations for ESL Pro League. It was noted that Jonathan “EliGE” Jablonowski was back to his best with Mareks “YEKINDAR” Gaļinskis at his side and with young prodigy sniper Josh “oSee” Ohm looking solid; Liquid was expected to fight for the top of the group in Malta.

In reality, third-place is the best that the American side could muster up, and if it weren’t for a shock win against Cloud9 on the final day, they wouldn’t have been playing any more Counter-Strike in Malta. Their playoff place is primarily thanks to Mareks “YEKINDAR” Gaļinskis, who had an extremely strong group stage. The Latvian was on fire and simply unbeatable. He averaged a 1.26 rating and had the highest opening kills per round of anyone throughout the group stage - averaging 0.22 entry kills per round.

So, what went wrong? A shock upset to Eternal Fire due to a phenomenal series from Özgür “woxic” Eker and a loss to FURIA were the cause of their downfall, but the key thing for me was Josh “oSee” Ohm. He is missing in Malta. At the last event, BLAST Premier Fall Groups, Josh “oSee” Ohm was great, but at ESL Pro League Season 16, he is the worst-rated player on the team and only averaging a 0.88 rating - very disappointing for a sniper. 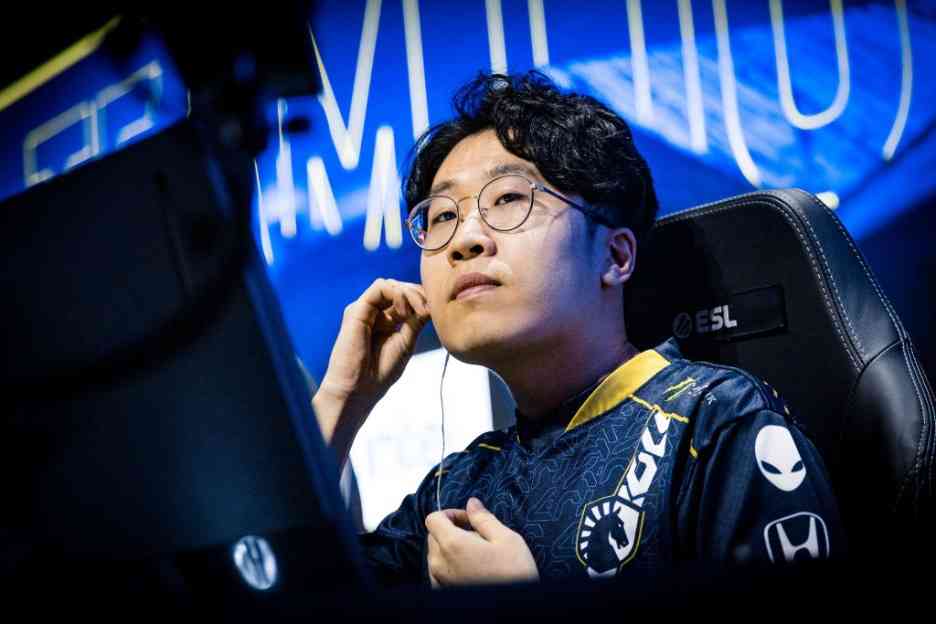 Suppose Liquid wants to go far in Malta; the 23-year-old American must turn his form around. Otherwise, things could go sour for Liquid in the playoffs. Can Josh “oSee” Ohm turn it around?

Evil Geniuses have been a joke of an organization in the Counter-Strike space for a while now, and their results only compound that fact. Therefore, heading into Season 16 of ESL Pro League, expectations were incredibly low. Their new arrivals, Sanzhar “neaLan” Iskhakov and Jadan “HexT” Postma, at first didn’t seem to make much of an improvement, but for the team that hadn’t won a Pro League game since March 2021, this group stage was a massive step in the right direction.

Evil Geniuses finished Group D in 4th place with a 2-3 score. They were picking up wins against the teams below. Vincent “Brehze” Cayonte looked revitalized and helped pull this Evil Geniuses side over the line.

However, this team is not ready to fight for trophies, and the first that needs to change, if that is their ambition, is their AWP player - Tsvetelin “CeRq” Dimitrov. The Bulgarian looks out-of-shape on the server and are not performing anywhere near the level a sniper should be at this level. At the event, he averaged a 0.89 rating and failed to break twenty kills on a single map across the groups. 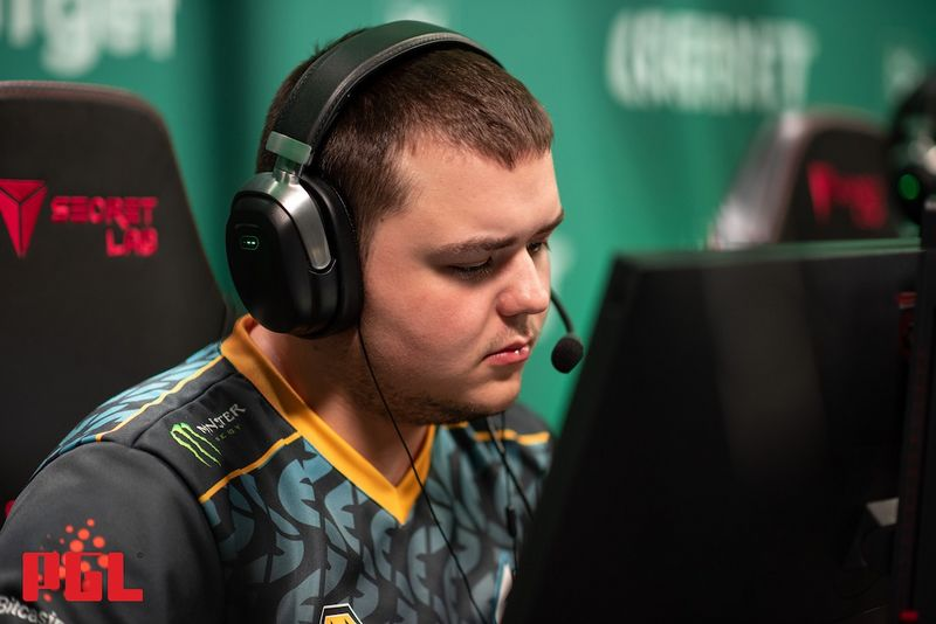 Although Group D was a step in the right direction, if Evil Geniuses want more, changes still need to be made. Can Tsvetelin “CeRq” Dimitrov return to his form of old?

The Turkish side entered Pro League still bedding in two new players Ahmet “paz” Karahoca and Engin “MAJ3R” Küpeli. Although some of these players have played before on previous rosters, this was always a tall task. Therefore, they arrived in Malta with nothing to lose and raised a few eyebrows during their time here.

As usual, Ismailcan “XANTARES” Dörtkardeş was instrumental and had a stellar group stage, averaging a 1.31 rating and being the third highest-rated player in the tournament. He was lights out, and without him, Eternal Fire would not be able to compete at this level. They lost their first three games, including a surprising loss to Evil Geniuses but then turned things around and won their final two games 2-0 over Liquid and Movistar Riders. As mentioned earlier, Özgür “woxic” Eker was key to some match wins and was particularly effective against Liquid. 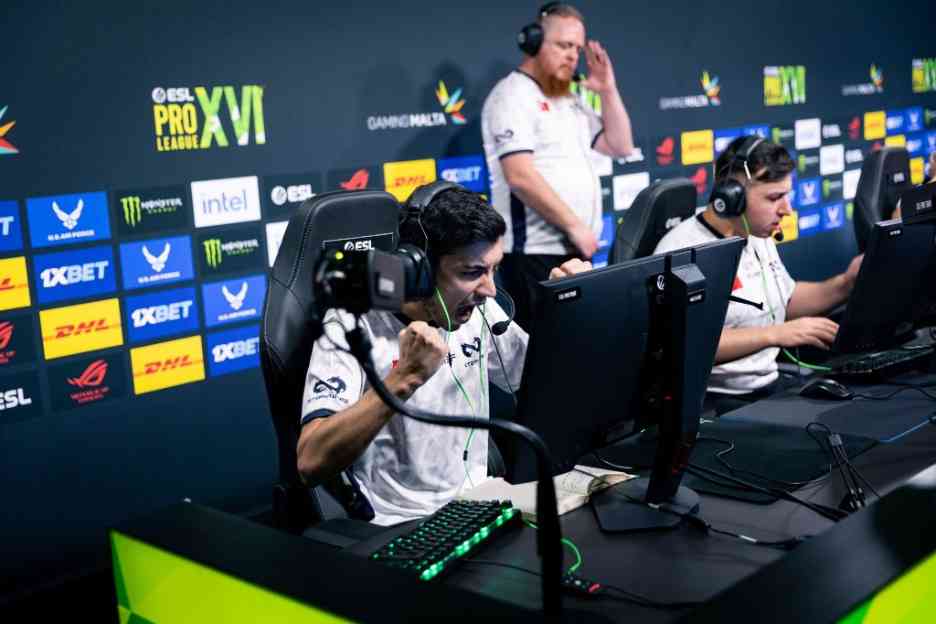 The rest of the squad, however, was not up to par, all three failed to light up the scoreboard. If their new leader, Engin “MAJ3R” Küpeli, can find a way to get Ömer “imoRR” Karataş to play to the best of his capability, Eternal Fire can be a dangerous team going forward. A player with the immense talent of Ismailcan “XANTARES” Dörtkardeş needs to be challenging for trophies, and my only hope is that the Turkish scene can provide the talent to make up that team.

Can Eternal Fire rise to levels of the old Space Soldiers roster and become a tier-one force?

Movistar Riders are not the same without SunPayus

Before the Summer break at IEM Cologne 2022, Movistar Riders shocked the world. They were the tournament team and performed above the community and pundits' expectations. Fresh off a victory at ESL Challenger Valencia, the Riders continued that momentum by qualifying for the IEM Cologne through the Play-In. They took wins over the likes of G2, Liquid, and Vitality and managed to make the playoffs of the main event, eventually bowing out in the Semi-Finals. Sadly, they were sufferers of their success as their Cologne ran their star sniper Alvaro “SunPayus” Garcia a spot on ENCE, leaving the Riders without an AWPer heading into the Summer break.

Their replacement was Antonio “Martinez” Martinez from VELOX, and he looked fairly strong in Group D, having a strong series against Liquid to open up the group. However, Movistar Riders do not look the same and lack the star factor they had when they still had Alvaro “SunPayus” Garcia on the books. Given time, the Spanish side may be able to return to the heights of the previous roster, but it was not meant to be in Malta. Despite going winless, Alejandro “alex” Masanet’s men will be desperate to feel the crowd's noise and do all they can to be in the arena again. 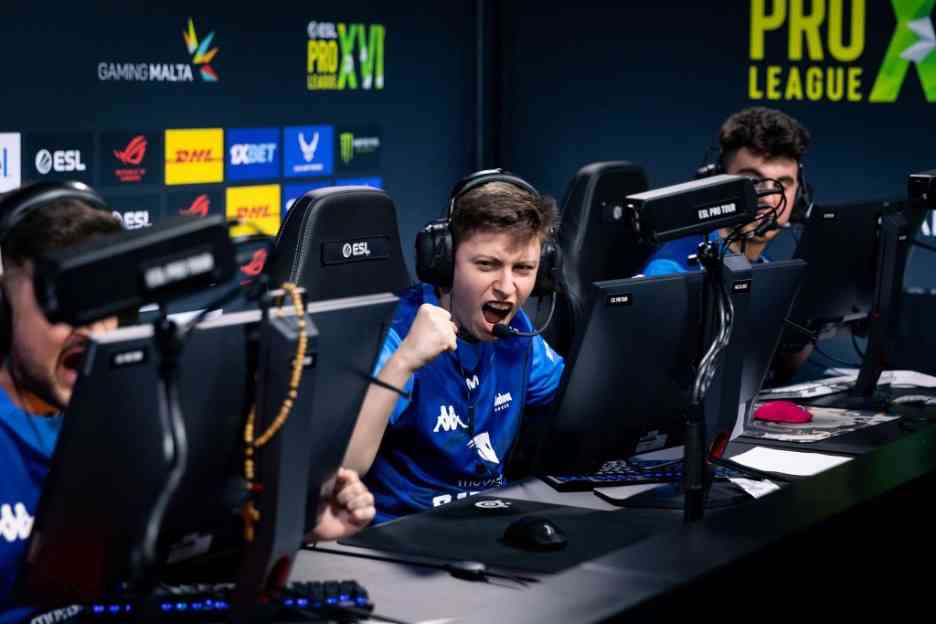 Can the new iteration of Movistar Riders provide another shock result further down the line?