sjuush: ”We want to do better and win a Major, so we’ll give everything for BLAST”

Hugo "TheSwedishJoker" Nilsson Meier, BLIX.GG: It’s been half a season with the team, with Jabbi. What are the main differences from your point of view in the team’s game now compared to when you had refrezh?

Rasmus “sjuush” Beck: I think it’s more consistent, like, the way we play definitely as CT, with refrezh we had a lot of set things. It was really rare that we played freely. We did it sometimes, and it worked pretty well when we did it, but when we didn’t do those things, it just shut down our side pretty bad, and with Jabbi, it’s more of a clean side, we think pretty similar, and Jabbi comes with a lot of stuff as well. He says, “ok, let’s do this right now,” and then it’s really good timing every time he does it. It helps me a lot, like holding a site if my partner is also saying stuff.

BLIX: Would you say that you have changed your plays with Jabbi coming into the team?

sjuush: I think I play pretty similar but also, like, we both control stuff and play together, and we have pretty good teamwork in general. I think it’s because we think so similarly in the game; we’re pretty good at reading, “ok if they’re towards B then we can go further on A.” Or if they make a lot of noise on A. We’re holding A. We always have a solution, “what can we do? what grenades do we have?” and move into the setup. It’s always like this ping-pong with Jabbi.

BLIX: In 2022, when you had refrezh, you had less utility damage than now with Jabbi. You had 4.1 per round compared to more than 5 with Jabbi. Have your utility duties changed with the change the team made?

sjuush: I don’t think it’s specifically Jabbi. I think it’s more the way we play, like, if you take Inferno, for example, or Vertigo, I drop my nades sometimes, so it’s not that often I have nades, and I want to have flashes so I can flash for my teammates. It also depends on whether they go to my side and whether I preemptively use nades or hold them.

BLIX: You hold your nades? Are you cautious?

sjuush: Either I just HE if I feel like, “ok, they can be there,” and it could be a good nade, but then it can be a bad nade. I feel the game, and if it’s a good nade, I throw it. Sometimes I keep it, and other times, I drop my nades so they are not useless, but the others can use them more effectively than I can.

BLIX: You guys have worked with SheddaN as an assistant coach for a while now. What is his role in the team?

sjuush: He's an assistant coach, so he brings a lot of stuff to practice and the schedule. It’s just more stability in our practice, how we want to practice, and our entire schedule. Also, the teamwork between Xizt and SheddaN is very good.

BLIX: There was a report by HTLV that Astralis attempted to snag you. Was it an easy choice for you to stay with Heroic? What was going through your mind in that period?

sjuush: I think the entire time, I knew I was going to re-sign with Heroic, but I still wanted to see “ok, what if?” and see my possibilities. I was just interested to see what is outside of Heroic, but it’s not like I even wanted to do that.

BLIX: What made you stay with Heroic rather than going to see what’s on the other side?

sjuush: I mean, new things could be interesting, but at the same time, there’s so much stability in this team, and also, the chemistry is really hard to get. You can’t have that in every single team. We see on other teams that we are in a good place right now, and I like it here. 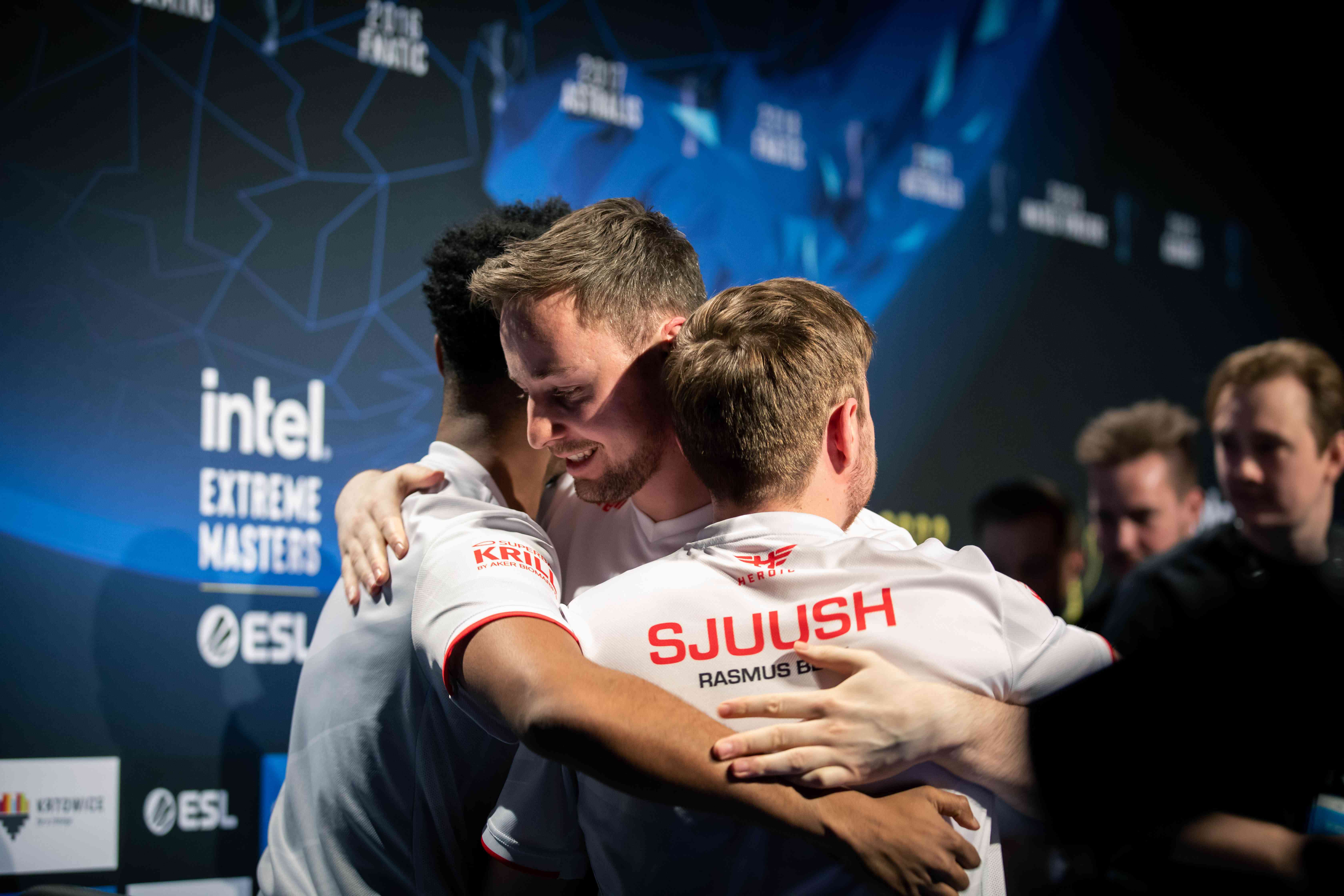 BLIX: HLTV nominated you as one of the Top 3 Anchors of 2022. How is that for you now when people see your work behind the scenes? Has that bolstered your expectations of yourself coming into this year?

sjuush: It’s nice to get nominated for a prize like that, it gives me a lot of confidence to think I’m doing the right things, so I’m just gonna keep doing the things that work and developing myself because I’m not satisfied with a third place. I was expecting a bit more, but that’s how it is. I’ll have to show them next year!

BLIX: Next year, you’re coming for that Top 1 spot?

sjuush: Yeah, I hope so!

BLIX: CS came out with an update at the end of last year; you only played it at BLAST World Final, and now you’ve had a little practice. Has the update had any impact on your playstyle so far?

sjuush: Yeah, I think it’s easier to hold down my site with the extra bullets; you can’t spray through smokes. If I hold Monster on Overpass, it’s hard to spam through the smoke and not get spammed back. I definitely would take that risk, but it helped my side.

BLIX: Is there anything that you would have rather seen Valve do with the M4 rather than the change that they did?

sjuush: I don’t know because I think it’s 50/50 right now. The silencer is pretty bad at long range, but that’s only if you hit them in the body. If you headshot them, it's the same, so it’s not like it’s a huge difference, but it’s more 50/50 now, which I like.

BLIX: So you’d say it’s more situational? Like in some maps, in some positions, the silencer might be better, and in some maps, the A4 is better. Do you switch depending on the situation and the map?

sjuush: I’ve been thinking about it, but I wanted to stick to one weapon, keep practicing that, and get full control. We also have silencers in the team, so I’m going to play with silencers sometimes, but that’s fine with me because I like it. I like the M4A4 a lot more, and I missed it during the silencer meta.

BLIX: They also added Anubis to the map pool; you can play it now. What are your thoughts on that map so far?

sjuush: It’s interesting. There are a lot of possibilities that haven’t been shown yet, I feel. It’s hard to say this early, but it’s just fun to go out and brainstorm on a map when there’s not much information. There are some nades you can steal, but there are also a lot more nades that haven’t been found yet, and it’s just interesting to go on a map and find insane nades or insane lineups that work well.

BLIX: Some secret stuff that hasn’t been found yet!

sjuush: I mean, it’s hard to say because I don’t feel like it’s a good AWP map, but there are good AWP positions. It’s a hard map, especially on A as CT, it's so open, and there’s not a lot of… you can’t play info on that site that well, so it’s a rough map for riflers on the A side of the map, at least.

BLIX: Are there any changes you had in mind that you’d make, or would you like the map developers to make to ensure the map is better to play on?

sjuush: I mean, maybe they could add something on the A side because there’s pretty much only the plateau with the pillar, and then there’s the big circle on site. Those are the only things you can hide behind.

BLIX: You want more things to hide behind?

sjuush: Yeah, just like you can have info, you can hide and play a good situation after that. It’s not like… it’s impossible to stay alive if you get found. 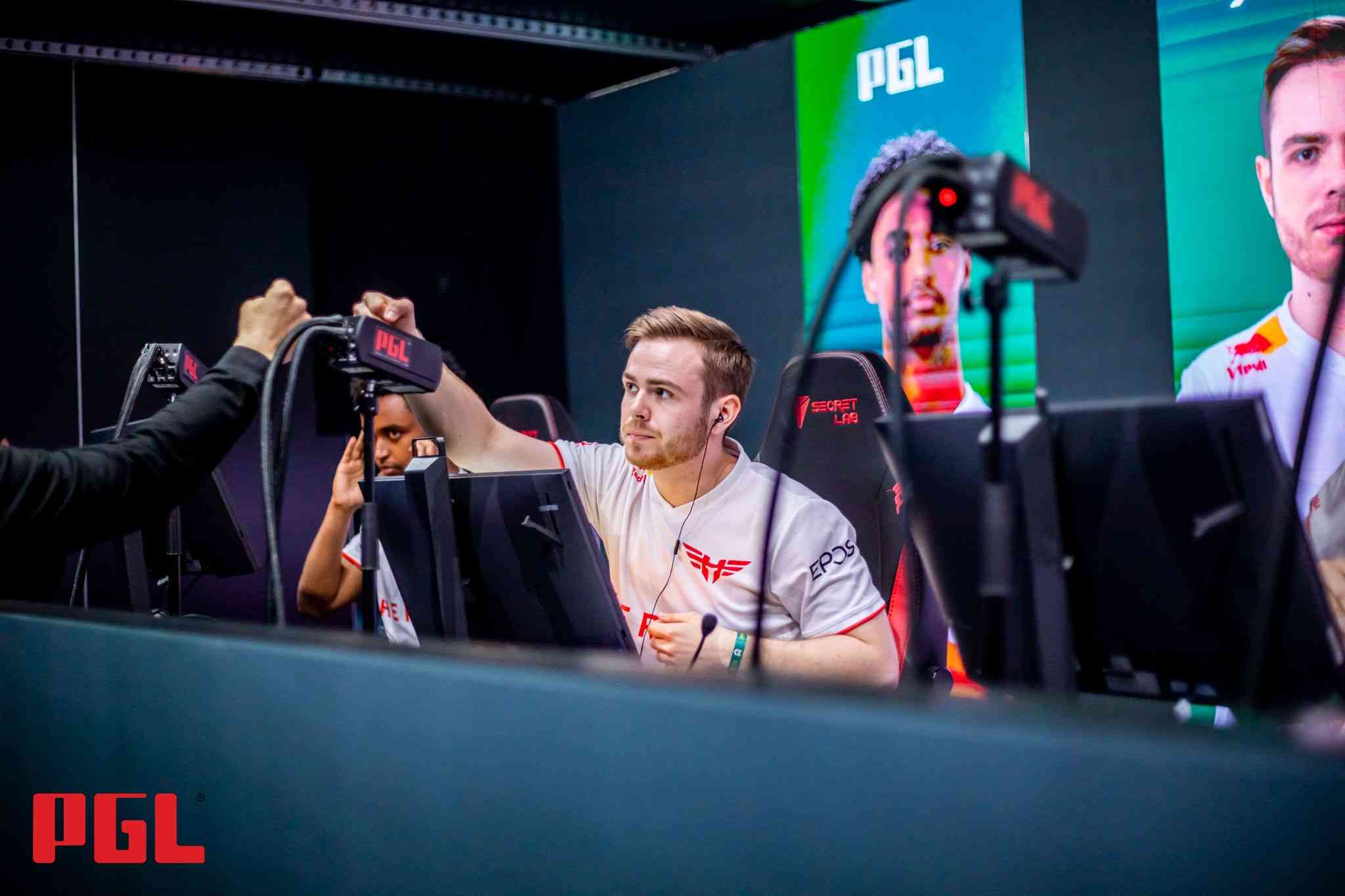 BLIX: Do you like where Valve is going with the map pool? This is a community-made map, and it has been a long time since we’ve had one of the old maps come in other than Ancient. Do you think it’s the way to go and that they are moving in the right direction by adding more community-made maps and removing some old ones?

sjuush: I think that’s fine because I like Vertigo and Ancient. The change on Ancient is weird, but I think it’s fine to go for community maps. If it works, it’s good.

BLIX: Did you have in mind any other changes to the map pool other than adding Anubis? Would you have wanted any other map, maybe Cache, Cobble, or Tuscan, to be added?

sjuush: I don't know, I haven’t been a fan of Cache, I miss Train, but I think it’s fine to leave it out as well. Yeah, I don’t know, honestly. I don’t care!

sjuush: I mean, it’s hard to stay at the number one spot. It just means you have to work even harder, but it’s also easy to let off the gas when you are number one, and we had a lot of talks about that. We don’t want to do that, so we want to work even harder to keep playing well, getting good results, and winning some tournaments to keep that number-one spot.

BLIX: And the last question is, Valve came out with a new ranking for the Majors and future RMRs. They updated it with you guys now ranked number one. Do you think that a move in the right direction? At the Rio Major, FaZe, Cloud9, NAVI and Vitality had tough matchups on the first day. Do you think that’s how to make it so that more favorites make it into the Playoffs and avoid this kind of situation?

sjuush: If you can’t win against the lower-ranked teams, you don’t deserve to be up there. So, there will be more favorites going through now than before, but I don’t know if it’s a good change. It makes it easier, but there could also be upsets anyways. We saw at the last Major that some good teams lost to the lesser ones.

BLIX: It’s been a while since the Rio Major. Have you also gotten over that final? Does it add more bloodlust, with the Paris Major coming in a few months?

sjuush: Yeah, we were sad about that loss because we thought we would win. We believed in it as well, so it hurt us a lot. We want to do even better and win a Major, so we’ll give everything for the BLAST Major.