Skiter: "Before this tournament, we always struggled with consistency". 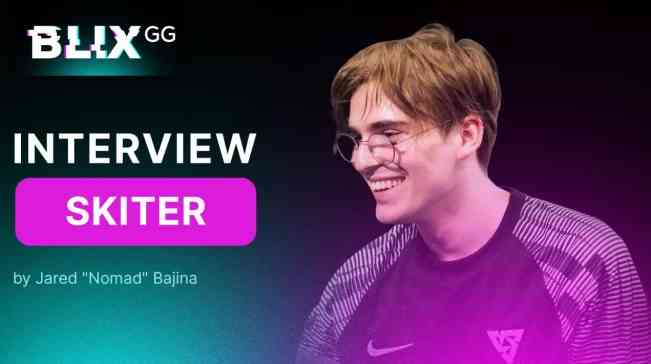 Q: So, you guys have made your way to the upper bracket finals and secured yourself top three. Is this a result you expected coming into this event?

Skiter: Well, I think every team that comes to the major should be confident enough that they’re capable of winning, so for me personally I’m very happy we achieved this, but honestly, considering how much time and work we’ve put into this game, I’m not very surprised, it makes sense kind of.

Q: That’s a good mentality! Do you think you’re one of the hardest working teams here?

Skiter: I would 100% say that we are the hardest working team at this event.

Q: And why is that? What kind of work are you doing?

Skiter: Nothing outrageous. We play a bunch of pubs, we never truly stop, our breaks last for two days, we boot camped for the entire DPC both seasons, full duration. We just put a lot of hours into the game. We talk about it, we have a very strong passion for the game. I feel like that’s very important. So you don’t get bored.

Q: With a lot of the other teams, I’ve noticed there’s a few players that take the initiative when it comes to drafting and strategy, and the other players just chill, maybe provide matchup suggestions, but generally don’t get involved, just play the hero that’s picked. Is that the same for Tundra?

Skiter: I think in our team, everyone actually has their share of creativity in the draft. It’s sort of like if you have an idea or if you’re doing very well with a hero in a pub, guys, look at this. I’ve been winning with this hero in a pub. Can we make it work in a competitive game? And that’s how our process works, and I think it’s very cool. For example, if you look at this major and you see five of our plays have two to three heroes that are above everything else, and when you play against us, you only have two bans for the first phase, so you’re cornered! What poison are you picking? That's what it comes down to. 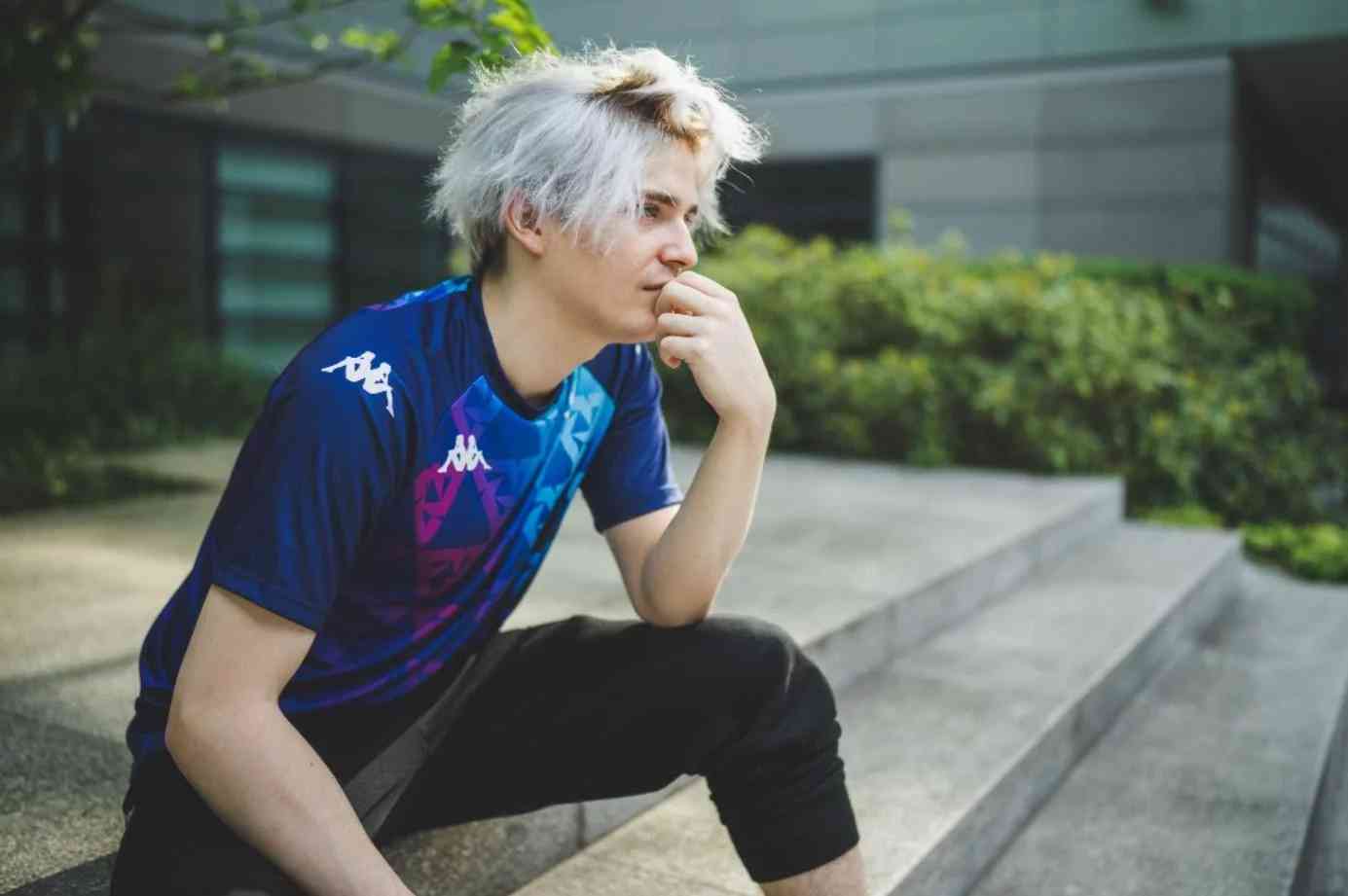 Q: So you want the enemy to feel like they’re making the best of a bad situation in every draft?

Q: So do you think the source of that comes from Nine? Because he is such an unconventional player. 33 as well, to a certain extent, but Nine is really out there.

Skiter: Yeah, Nine is for sure a genius at Dota. The way he views the game, it’s very non-traditional. When it comes to his hero picks, he’s just very free, his mind is free, and I’m very jealous of that. I don’t know. This guy wakes up and says, “guys, I wanna play Crystal Maiden mid,” and he’ll then go 20-0 in a competitive game, and you’re just like, “okay, I guess it’s another day on the job.”

Q: So do you never try to understand him?

Skiter: I always try to understand him! But I’m very happy since I’ve known him for shit I don’t know, like eight years. I just love to see the growth.

Skiter: He’s a very good teammate actually. He helps all of us when it comes to micro stuff in the game. Item builds, skill builds, hero suggestions, and gameplay. He does a lot of work. And yeah, he makes it very easy for his teammates to play the game. And he brings a lot of attention to himself with these unique picks, you know? The draft starts, and suddenly there’s visage or beastmaster or something, and you know the attitude is like “shit, we need to solve these heroes,” so if you’re the one or two, you have such freedom.

Q: He sounds like a great voice to have! And talking about voices to have, you guys bought in Aui this year, but was he always kinda part of the team in some way?

Skiter: He definitely helped when we were playing last year's TI qualifiers and a bit prior to that as well, so he was always sort of involved, but not as much as he is now that he’s officially hired and our official coach. But I think he’s a great help. Obviously he’s a TI winner, so he brings a lot of experience and a lot of wisdom, so he basically guides us, and he does a lot of psychological work in our team, and I think it’s very cool to have him on board.

Q: When you guys were playing the DPC, you didn’t show nearly as much dominance as you have done at this major. Did you have a different mentality coming into this major compared to the DPC?

Skiter: Honestly, before this tournament, we always struggled with consistency. If you see our DPC runs, we always end sometimes fifth, sometimes fourth, third, we never truly shined in that system, and I think it truly comes down to consistency. There was like a DotaPit before that we won. Even against LGD, we won, and a lot of these tournaments are very short. Then you see the DPC season that lasts a long time, that’s where we struggled, and that’s what we’ve been working on, trying to find the consistency. Because that’s how Dota works nowadays, these leagues matter so much. Winning the leagues is almost as important as winning the major when it comes to points.

Q: I almost expected the opposite answer, that you didn’t focus as hard on the DPC Leagues and you didn’t think they were as important.

Skiter: I wish it was like that! But it’s not. I can’t really tell you exactly why we struggle. I really don’t know. We’re working on it.

Q: How exactly would you say you’re working on improving your own consistency?

Skiter: I would say it’s about keeping pub numbers up through the whole season. For example, we started the season with 3-0. Then suddenly we end up 4-3, then we finally got our shit together and won the last one against Brame. We just keep playing the pubs, keep talking more Dota, that’s it, that’s all we have to do and hope for the best! Hope we all have a good night's sleep and hope we perform!

Q: Going out on to the stage tomorrow against TSM, do you feel like you’re in quite similar positions in terms of Major experience?

Skiter: I honestly sort of felt relieved when TSM won against Gladiators because I feel like we always choked against Gladiators in the DPC, so I was so happy when TSM won. That’s the opponent I wanted to play personally, but I don’t want to undervalue them. They got here for a reason. They improved so so much during this tournament, so I don’t want to underplay them at all. We’ll try to bring our A-game, and hopefully, we’ll all perform. It’s been like 4 years since I’ve played in front of a crowd so I’m kinda nervous as well after such a long time. So hopefully, that won’t play a big role tomorrow.

Q: Yeah, I wanted to know, is there anything you guys are doing to mentally prepare yourselves for the fact that you’re playing in front of a crowd for the first time in ages?

Skiter: I did ask Aui for some tips, and he just told me to try to ignore it. Within a couple of minutes, you’ll just forget about the crowd, so that's what I’ll try to do. I don’t want to overthink it, I want to focus on our game and hopefully, we’ll do our best.

Q: Does anyone play as good a KotL as you guys do?

Skiter: I’m not sure, actually. I don’t want to sound cocky.

Q: I want you to sound cocky!

Skiter: Who knows, man, who knows!

Skiter: Honestly, I can just say Chaos Knight, everyone knows this hero is something else, and I’ve always been very passionate about the hero, so for me, it was very easy to implement the hero into my pool.

Q: Do you like it when a hero you already enjoy comes into the meta?

Skiter: Yeah, it makes it super easy, for most heroes, you have to learn and adapt with the meta, but I’ve always loved this one, so it was easy.

Q: I’d like to ask about your region. There’s a bit of a powershift. Nigma relegated, Secret isn’t here, and OG reshuffled. Do you feel like this is the end of the old guard in EU?

Skiter: Yeah, in some ways. I would say no one expected Secret to underperform like this. I think Nigma had it coming. They had these flashes of brilliance on LANs, but you could see their downfall for the last couple of years, but I feel like Secret will bounce back. They’re going through a roster shuffle right now. A couple of other teams are doing the same, and who knows, maybe OG will do the same, maybe Ceb and Notail will come back next season. Dota retirement is not real! It’s just not.

Q: Do you think in the post-TI 10 period, some of the teams in EU were too reluctant to bring in new blood?
Skiter: It’s hard to say. You could say that’s what Secret lacked because they went with the veterans, they got Iceiceice, they got Sumail, and I think the direction they’re going to go in now, they’re going to get new blood and see how that matches with the veterans and I feel like Team Spirit proved that that’s the correct way, Yatoro was an upcoming player, so was Collapse. You pair that up with experienced plays like Mira and Miposhka, they’re in a position to guide them, and it worked brilliantly. They won a TI!