Snappi: "If you want to win the Major, you have to beat who’s in front of you". 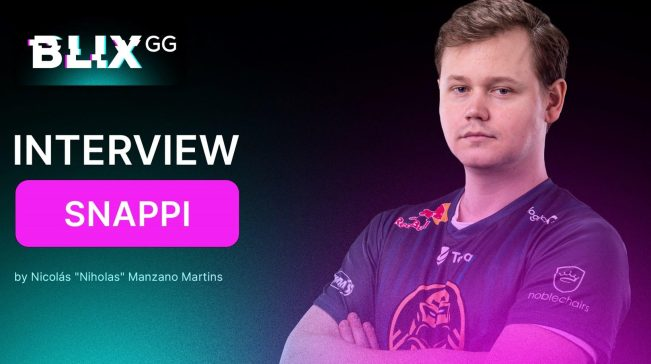 We had a chance to talk to Marco "Snappi" Pfeiffer after ENCE's confident win over Copenhagen Flames.

Q: You beat Copenhagen Flames quite convincingly 2-0. Did you expect the veto to go this way?

Snappi: No, we thought it was going to be Overpass, but we already counted on Vertigo. They kind of surprised us in the veto, but we spent 50 minutes in the playoffs lounge watching vídeos from them on Vertigo, and we felt really confident to go Vertigo because we beat them the last time, and I think we also had a convincing win. So we were pretty happy with how the veto went even though they surprised us, but it wasn’t a big problem for us.

Q: The third map is interesting because it was Ancient, the same one you lost in the Legends Stage against Copenhagen Flames. I guess you were studying the demo. Which mistakes did you try to erase for this map in this series?

Snappi: I think on Ancient, we had 9 or 10 wins in a row prior to that loss, and one of the wins was against Copenhagen Flames. In the interview, Nicholas said they looked to the game they lost to us to see what they did wrong but probably what we also did. I think they have a good understanding of it, but now that we lost, we went to the demo to see what we could change. I think we lost a bit of identity on the map we lost to them. We didn’t play like we usually play, and they abused a few gaps that we didn’t realize were there. We tried to close them on the practice day, and that’s why we were pretty confident about going to Ancient.

Q: On Nuke, you had a rough side when you were losing a few buy rounds. How did you recover from it?

Snappi: I think we had a pretty bad start due to us not making so good individual plays, and I think we went down like 7-2 or 9-3 or something like that, but in the end, we got six T rounds. I wasn’t exactly happy with that, but at the end of the day, when you are behind so much, getting the six is enough for a very new team like we are. I think we have like a 90% winning rate on Nuke. So we still can back, and we showed by only giving free T rounds as CT.

Q: I think it was the first time in a Major stage for all the players. Were you nervous?

Snappi: I wasn’t nervous at all, but I also tried in the past a couple of times. I’ve been in Katowice and Epicenter stages, and this isn’t much different. Obviously, it’s the Major, but to me, it doesn’t really matter. I think my teammates didn’t feel nervous either, maybe I’m wrong, but I couldn’t feel it in communication, so if they did it well.

Q: You will play against the winner of NAVI and Heroic. Who do you wish to face?

Snappi: I don’t care. If you want to win the Major, you have to beat who’s in front of you.