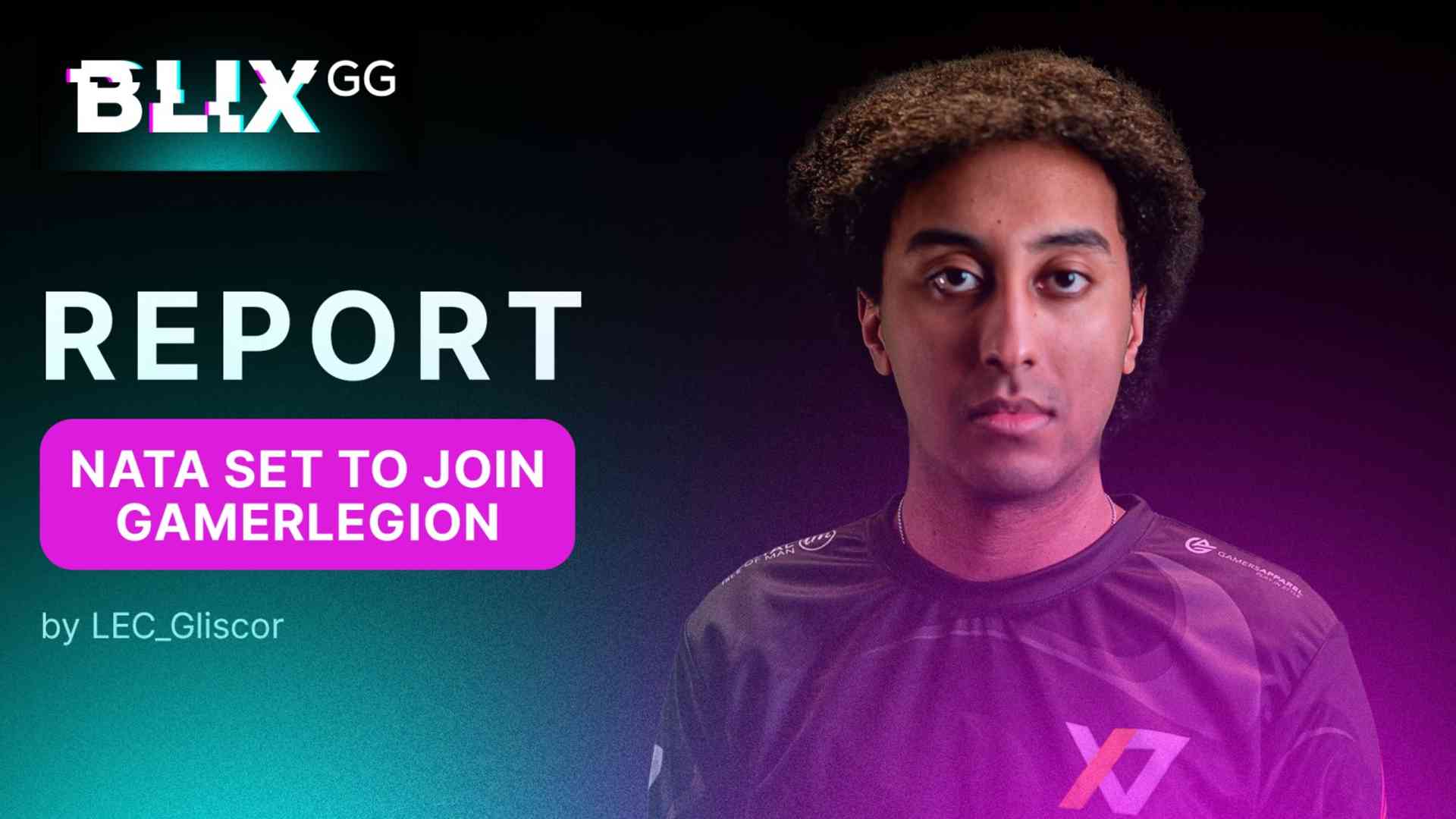 GamerLegion, the German team coming from Prime League, and 2022 Spring Split champions, would have reached and agreement with Nataniel "Nata" Asrat and X7 Esports to play in the botlane for the Prime League 2022 Summer Split. This news comes after the departure of current botlaner Ronan "jinjo" Swingler to MAD Lions Madrid, as per a report from Anonimotum.

Nata bouncing from winner to winner

Nata is a young Danish marksman who started his professional career in late 2020, but didn’t make a jump into Accredited ERLs until 2021, when he joined eMonkeyz in Spanish Superliga. There, he wouldn't get the best results, ending both splits in 8th and 10th place respectively, and failing to avoid relegations.

Nonetheless, he would be regarded as a promising rookie, which later brought the attention of X7 Esports in the NLC, with whom he would find his first title, winning the Spring Split comfortably. But, Nata is mostly known for his remarkable participation during this EU Masters 2022 Spring, where he and X7 Esports managed to perform better than expected, besides falling 3-0 against LDLC OL.

It is unknown which player will substitute Nata in X7 Esports, but sources claim they are already considering several options.

Bouncing back from a bad European Masters

GamerLegion won last Spring Split pretty comfortably, with a 3-0 against Eintracht Spandau. The roster, comprised from top to bottom by Toni "Sacre" Sabalić, Daniel "D4nKa" Golzmann, Tomasz "ESCIK" Skwarczyński and Benjamin "Visdom" Larsen, who all are expected to remain with the team, would have to defend the title with another Spring winner in Nata.

But, both GamerLegion and Prime League as a whole performed worse than expected for an Accredited ERL, with the top 2 seeds failing to qualify for the Knockout stage, with only Unicorns of Love being able to put a good show, but falling in quarterfinals against finalists Karmine Corp from LFL.

Still, in a league whose offseason could potentially bring a lot of changes, as sources claim, keeping a strong core and adding title winners will certainly cement their position as favorites to defend the title.