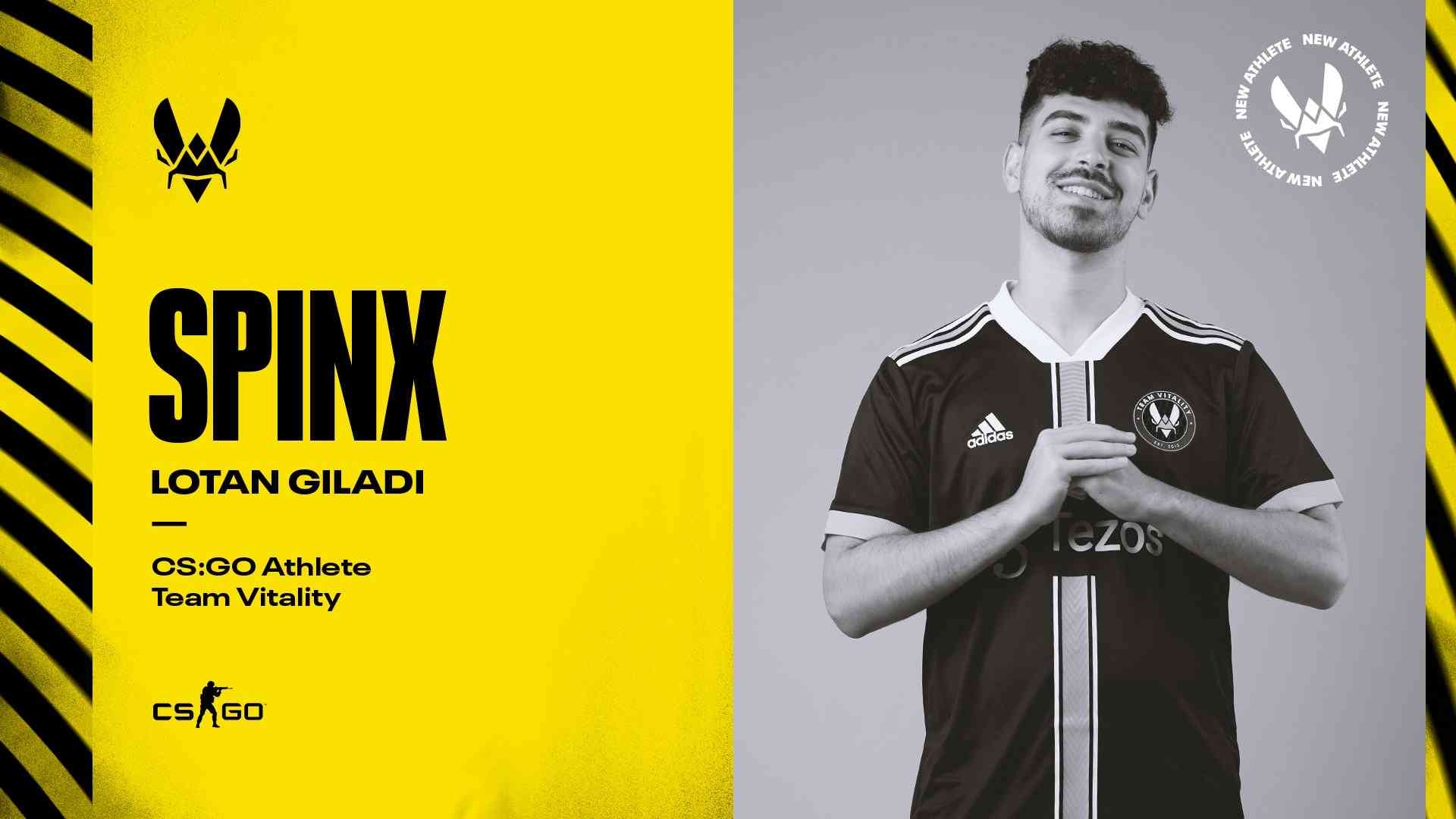 The 21-year-old Israeli player will replace Kévin "misutaaa" Rabier in Vitality's CS:GO roster, who had left the team earlier in August.

This shuffle was expected. Insiders had predicted it a month ago.

Spinx came to Vitality from ENCE, where he has been playing since January 2021. Insiders noted that it would not be easy to get a contract with the Israeli, since he is an essential player for the Finnish team.

At the same time, Vitality did not shine last season. The team flew past the playoffs at all three of the biggest tournaments (IEM Katowice, PGL Major Antwerp and IEM Cologne) of the year.