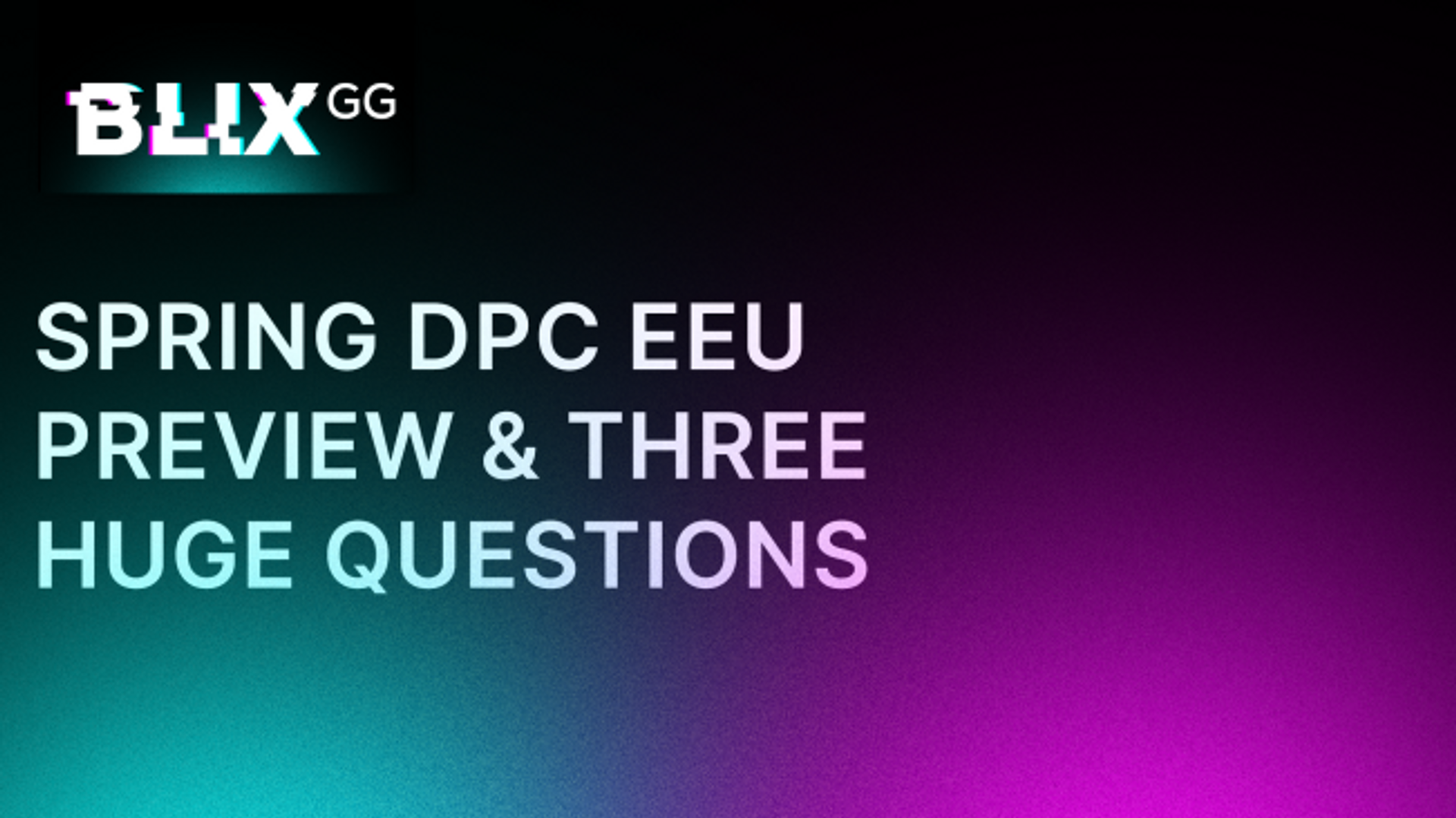 Clear favorites, prepared underdogs, and many candidates for elimination.

Initially, the Spring Tour was supposed to start alongside all other regions, but the matches were postponed indefinitely because Russia invaded Ukraine. The original organizer was Epic Esports Events, but Valve confirmed that BTS took charge of the event.

In late March, rumors about the EEU DPC comeback began to spread. But the Dota community received answers about the launch only on Monday, April 25. As if often happens, first came leaks: a Liquipedia tour page appeared, then various sources (EEU casters and managers) confirmed: it's going to be an online playoffs event, the teams are set, new players registered, and so on.

The Liquipedia page unveils all the required information: eight Spring Tour League teams to take part (including two newcomers from the second division), online format with double elimination Bo3s, April 27 to May 2. You can look at the schedule below or just follow the official BTS Twitch channel.

The bracket looks fair: winners of the Upper and Lower brackets get direct invites to the Major. There is also a separate bracket to decide who's getting the third Stockholm slot: Quarter, Semi, and Grand Finals losers. Finally, those who place 7th and 8th (the teams that lose two opening matches) are sent to the second division. The DPC points will be distributed based on the teams' final placement.

Question #1: Are Third-Party tournaments that crucial?

So, let's dive into the list of teams and estimate the chances.

The current TI Champions and the entire Team Spirit organization have moved to Serbia. They have not played any third-party tournaments, but they are still the clear favorites in the fight for the top slot. There were no changes in the roster, the guys are at the Bootcamp, so failure is an unlikely option for Spirit.

Team Spirit was a Tour favorite before, and nothing has changed. One, perhaps two teams can compete with them overall. And the Bracket shows BetBoom first, then HR or NAVI (HR most likely), and lastly PuckChamp (highly possible) in the Grand Finals. Nothing to be afraid of.

Still playing without an org, PuckChamp finished second in the league last tour, showing solid and confident play, losing only to Team Spirit. They have an incredible roster, so they're capable of reaching the top. Before the Tour started, there was an attempt to replace young G with FN, but then the guys dropped the idea, and the line-up remained unchanged.

HR's official statement said that the team would play under the old tag, but it's not nearly a full return yet, since the club will have to rebuild the entire infrastructure completely, and the Dota 2 roster is the only thing they have. Marie Gunina, HellRaisers Sports Director, confirms: "Now HR is its Dota 2 roster, me and Aldar [Dzhambinov, HR interim CEO]. We will also continue to cooperate with Leamare, our analyst."

HR has something to prove, but the team has good potential. The chance to start life from scratch can be a double-edged sword: too much pressure could lead them astray, or the long-awaited season reboot will clear their minds and motivate the guys.

BetBoom signed the old Winstrike roster recently. BB and Outsiders (Virtus.pro) are the only two teams that continued to play at D2CL (and BetBoom even won the tournament) and got in shape before the start of the Tour. This is definitely a huge advantage. Motivation is guaranteed, since getting into the top 3 is very high.

Question 2: Will BetBoom Show The Necessary Will To Win And Avoid The Usual Missteps?

This line separates direct Stockholm Major contenders and those who will struggle to survive. It's going to be a tight fight between the four above mentioned teams, but, unfortunately, it's hard to tell who will eventually remain outside the top three; although they all are capable.

The teams below are clear outsiders of the tournament, who can lose quickly and drop to Division II. The chances are almost equal. Therefore, it is problematic to guess their ultimate placement.

Outsiders (Virtus.pro) made one serious substitution: illias (Kingslayer) kicked; bringing in Egor "Xakoda" Lipartiia instead. The team went to a Bootcamp in Kazakhstan and participated in D2CL. But after watching some of the Outsiders' matches, one gets the impression that this is just an assortment of pub players who know only how to win the lanes. Once the midgame arrives, the chaos begins.

Boolk's Dota 2 vision is to play all-in for GPK, who is obviously the strongest player in the lineup, but he alone cannot win the matches. Outsiders' advantage is tournament experience and Bootcamp.

Expectations: Remain in Div I

CIS Rejects had a change: 9Pasha left, and Matvey "MieRo" Vasyunin was taken in his place. The team also acquired Sergey "G" Bragin as a coach. And although the squad is strong on paper, it's complicated to predict what will happen to the team in the tournament. CIS Rejects are the only team with the potential to overcome expectations in this part of the list. But it's all up to them.

Expectations: Can Drop to Div II, Can Remain in Div I

And the list closes with MindGames, who managed to stay in the first division after the Winter Tour. This team has no apparent problems compared to other squads, but on the other hand, it's the class of players that questions the chances and the ability to compete.

They may be able to avoid relegation with a lot of luck.