Stavn: “I think NAVI are more beatable than they were the last major.”

We sat down with Martin “stavn” Lund after Heroic bowed out of the PGL Major Antwerp following their 2-1 loss to Natus Vincere in the Quarter Finals.

Q: Pretty tough loss. Last major (Stockholm), you went to the Semi-Finals. This time, you fell even shorter in the Quarter Finals against a NAVI that people think was more beatable compared to the last Major. What is it that is still missing for the last percent in order to reach the final?

Stavn: It’s a good question. Obviously, we are super devastated right now after the game, it was a really close game, and we definitely could have won it. As you say, I think NAVI are more beatable than they were the last major, but then again, they went 3-0 confidently, and I think they are almost back on their level. So, almost winning against them today also shows we are playing really good, in my opinion, and of course, we are devastated by the loss, but I also think we are happy with how we played today.

Q: You are quite cementing yourself as one of the best Danish riflers currently on the scene. What is it that you did to make the step to be so consistently good? 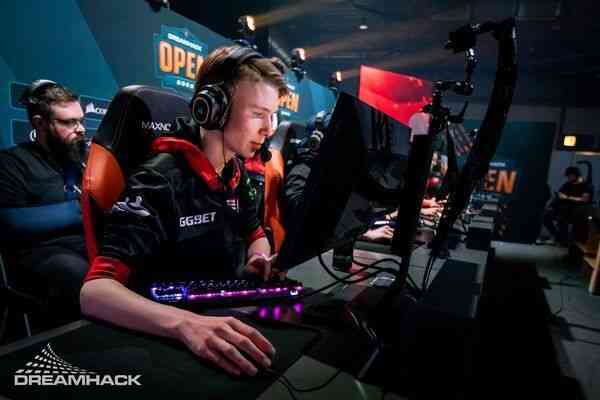 Stavn: I have been playing good for the last period, as you say. I think it is a hard question to say exactly what it is that makes me so consistent and play that well. I think it is just about believing in myself, believing I have the qualities to make the difference, and always try to not just be satisfied with what has happened in the previous games but always try to look to improve because that will help you be more consistent, like improving your own game, coming up with new stuff for your own game and stuff like that. So yeah, I think that has a part to do with it.

Q: On Wednesday evening, cadiaN said that he has thick skin, and he gets fueled by all the hatred that is directed towards Heroic. I wanted to ask, how does the rest of the team get affected by the booing and the hatred towards Heroic? I cannot imagine that it doesn’t affect you at all.

Stavn: I mean, I don’t feel like it affects me. I cannot say for the others. It doesn’t affect me in a negative way, at least. When we went on stage, almost all the crowd was booing at us, it wasn’t what we expected, but we just kept laughing at it. What is there else to do but laugh at it? We tried to gain the positive from it. Like, winning and denying all the fans that don’t want us to win. But yeah, as you said, cadiaN is a guy that gets fueled by it, and it spreads on the team - his attitude towards it. So, I think it is something that we all try to put on the positive side.

Q: Okay, let’s talk about the maps especially. Let’s talk about the last one. I mean, you won the first one, I would say, quite convincingly, it was okay. There were quite a few insane clutches by the team of Heroic, but especially on the last map, you got destroyed on T-Side. What was it that was so hard for you guys to string those T-Side rounds together?

Stavn: Yeah, so Inferno, we won pretty convincingly, I would say. Ancient was really close. We could have won it as well. The last map, we got destroyed (laughs), as you say on T-Side. It’s a good question. I mean, I feel like we just need to go home and work on our T-side on Nuke, it hasn’t been that good for quite a while now, and it is just a really heavy CT map. When a team like NAVI gets that economy, it is hard to play against them, and electroNic had a really good match too. I mean, we obviously made a lot of mistakes, but they played really good as well. We had a bit of a comeback on the CT towards the end there, but yeah, they were the better team on Nuke.

Q: On Ancient, it was 16-14, really close. S1mple said at one time in an interview that it is like a “hit and miss” pick, that nobody knows how to play Ancient. Do you think that now, after it has been out for so long that the meta is now established and you all know how to play it, or are there still things to be discovered?

Stavn: I think there are still things to be discovered, but I feel like a few top teams have set how it should be played now. I think Astralis are definitely one of them, who is probably one of the best teams in the world on it. Yeah, I mean NAVI has never picked Ancient, so they definitely don’t like the T-Side. I also heard s1mple say that there should be some changes, and I probably agree with him on that, that Valve could look to make a few changes on the map.

Q: You were talking about the map veto, and that Nuke hasn’t been your best map quite recently. Did you expect the veto to go this way? And, why, when you said Nuke wasn’t your best map, and your performances haven’t been great, why was the map still open and available to be played?

Stavn: I mean, Nuke is still a really strong map for us. Historically, we have always been one of the best teams in the world on it. So, we still feel confident in it, but we just need to gain confidence back on the T-Side, because our CT-Side is one of the best in the world, if you ask me. So, if we had a better start on T-Side on Nuke, I think it could have rolled our way, but it didn’t turn out like that. We need to work on our T-Side.