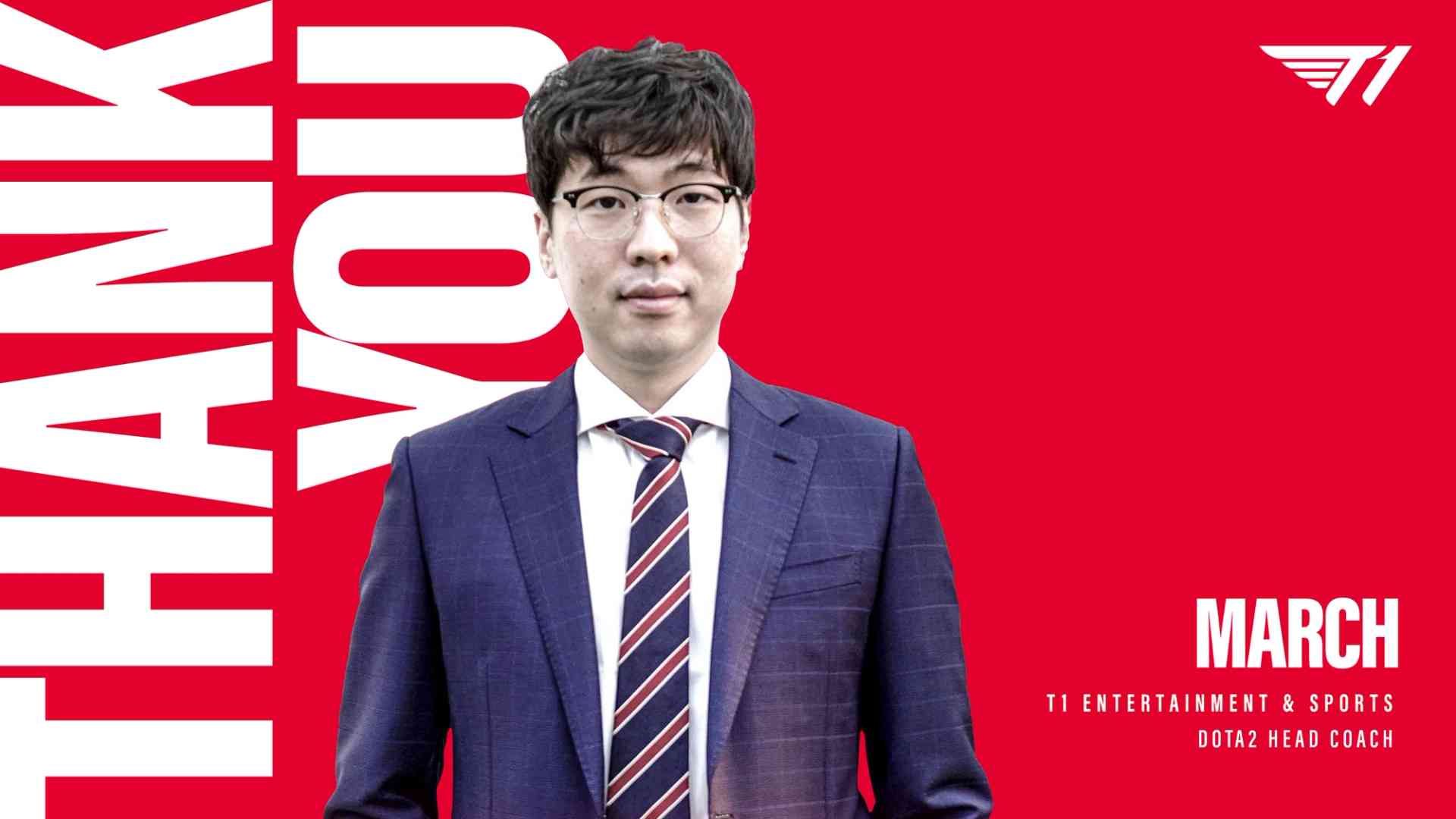 The organization said goodbye to the head coach on Twitter, after which Xepher announced that he is leaving the team and is ready for relocation.

March has been coaching the T1 roster since October 2020. Before that, he played for TNC Predator for a year. Who will become the new coach of the team is still unknown.

Xepher joined T1 in November 2020, where he came from Geek Fam.

Also, Carlo "Kuku" Palad is one step away from leaving T1. He announced that his contract with T1 has ended. He is ready to resume it, but also wants to explore other opportunities.

Kuku has been together with T1 since January 2021. Before that, he trained Omega Esports for three months and played with Xepher in Geek Fam in 2019-2020.

T1 ranked 5th-6th in the Last Chance Qualifier for The International 2022 and couldn’t qualify for the main tournament of the year. The team retained a slot in the first division of the Dota Pro Circuit.