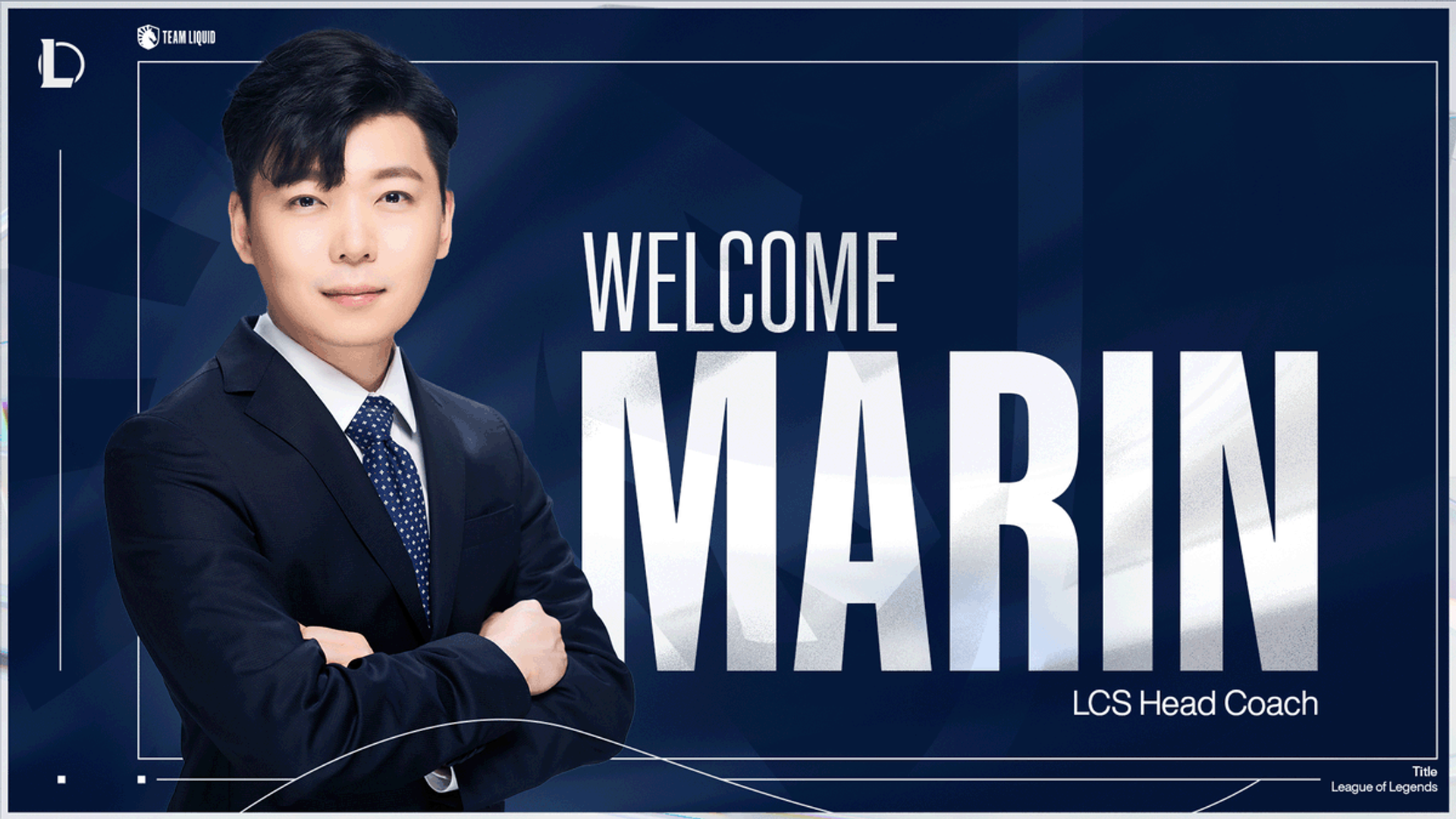 Team Liquid has signed Jang "MaRin" Gyeong-hwan as a Head Coach of its League of Legends roster.

"We're excited to welcome MaRin as our new LCS Head Coach for Team Liquid Honda! A World champion and veteran in the LCK, MaRin is ready to prepare TLH for a new era," Team Liquid reported.

31-year-old MaRin started his esport career as an LoL player with SK Telecom T1 S in 2013. He won the World Championship in 2015 and retired in 2018 after almost one year of performing with Top Esports.

Right now, the Team Liquid LoL division is going through a big transition. Decided at the end of the 2022 season, co-founder and co-CEO of the organization Steve "LiQuiD112" Arhancet promised to rebuild the roster according to different principles.

The first to leave the squad was Steven "Hans sama" Liv. After him, the organization then said goodbye to Søren "Bjergsen" Bjerg in November.

There are also rumors that Team Liquid is going to create a purely Korean-speaking roster. If they are correct, Belgian Gabriël "Bwipo" Rau will also leave the team. In addition to him, there is also Dane Lucas "Santorin" Larsen in the team, but according to reports, he has almost joined Dignitas.