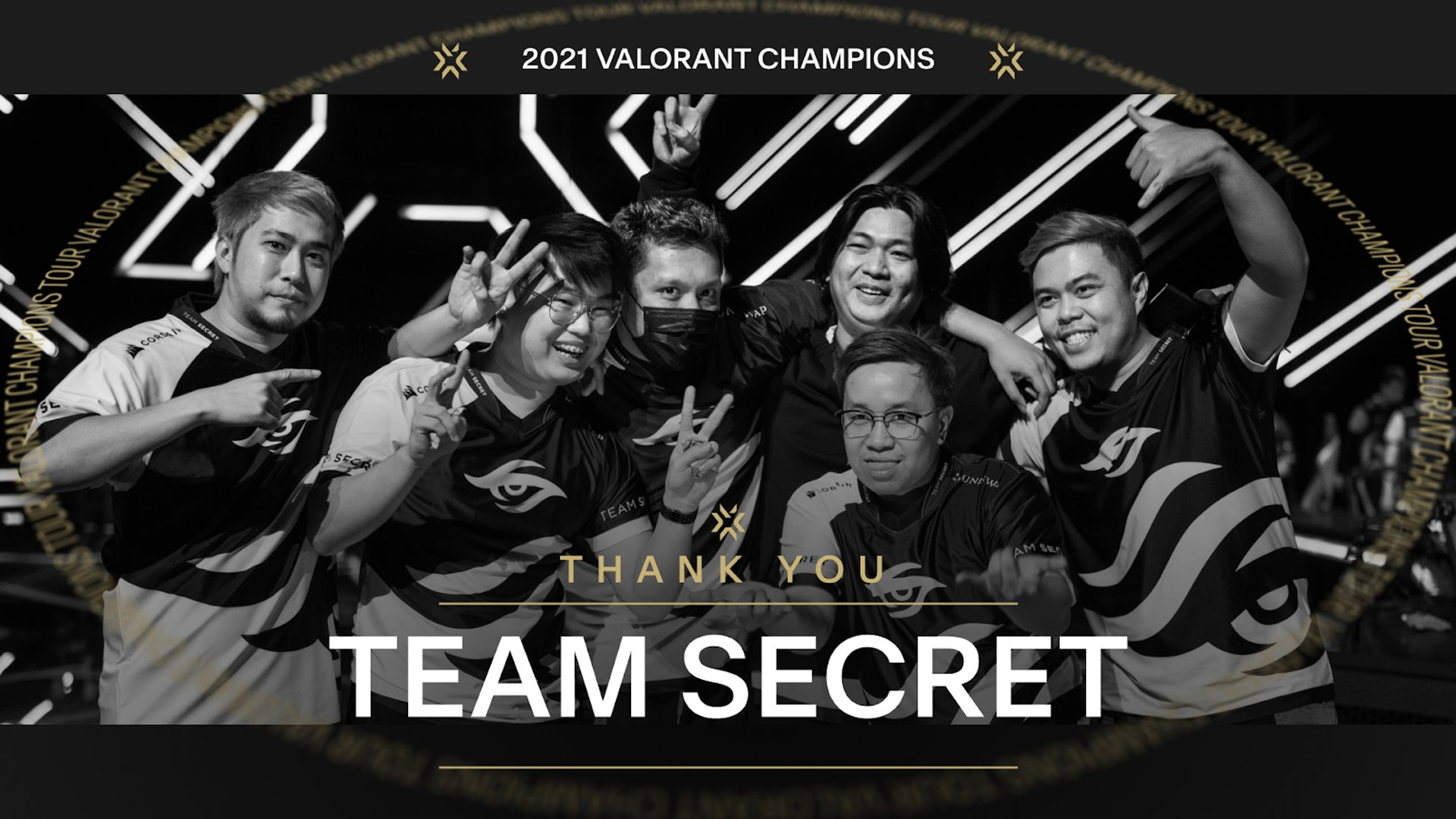 After a disappointing start this VCT Season, Team Secret improved their showings in the second half of 2022, where they nearly qualified for Masters Copenhagen. But when that failed, they set their sights on the Asia-Pacific LCQ as the Philippines’ sole representative.

Team Secret made waves during Champions 2021, making it to the top eight in the tournament. But with the Filipinos’ pride out of contention for Champions 2022, they join a list of teams from last year's World Championship who will not return to the VALORANT Champions stage. Here’s a look at what happened.

The Filipino sensations were far from successful during VCT 2022’s Stage 1 Challengers. They failed to make the APAC Challengers after falling to domestic competition. The team lacked coordination, which could be due to them playing with new young talent in Jeremy “Jremy” Cabrera.

The team did improve during Stage 2, nearly qualifying for 2022’s last Masters event in Copenhagen. However, they lost to XERXIA esports in the lower bracket finals of Challenger 2, who went on to qualify for Champions.

Had Team Secret qualified for Masters 2 over XERXIA, a 7th-8th finish at Copenhagen would have been enough for a seat at Champions 2022. So into the Last Chance Qualifier they went as the 7th seed in the APAC Circuit point standings.

Yet So Far Away

Team Secret started the APAC LCQ in the Upper Bracket Quarter-Finals thanks to their circuit point standings. The Filipino hopefuls first went up against Made in Thailand. They struggled in the first map but turned the series into a reverse sweep, winning 2-1 to move on to the Upper Semi-Finals.

In their second matchup of the 2022 VCT season, Team Secret sought a change in results against Bleed eSports as they have fallen to the roster many times. Unfortunately for them, what followed was a repeat of history, in an even more dominant fashion by Bleed.

Knocked into the lower bracket, Team Secret continued on to face Australia’s ORDER. The Filipino Hopefuls were the clear favorite, but ORDER had put up a great fight. Team Secret was victorious in the end, after an intense 2-1 series. Next for them was another familiar foe.

Seventy-two rounds decided that ONIC G would move on in the bracket and eventually, reached the Grand Finals of the LCQ.

As of writing, ONIC G is set to face BOOM Esports for APAC’s final spot at Champions 2022. Follow the action of the region that shocked the world during Stage 2 Masters Copenhagen, on the official VCT Twitch channels.