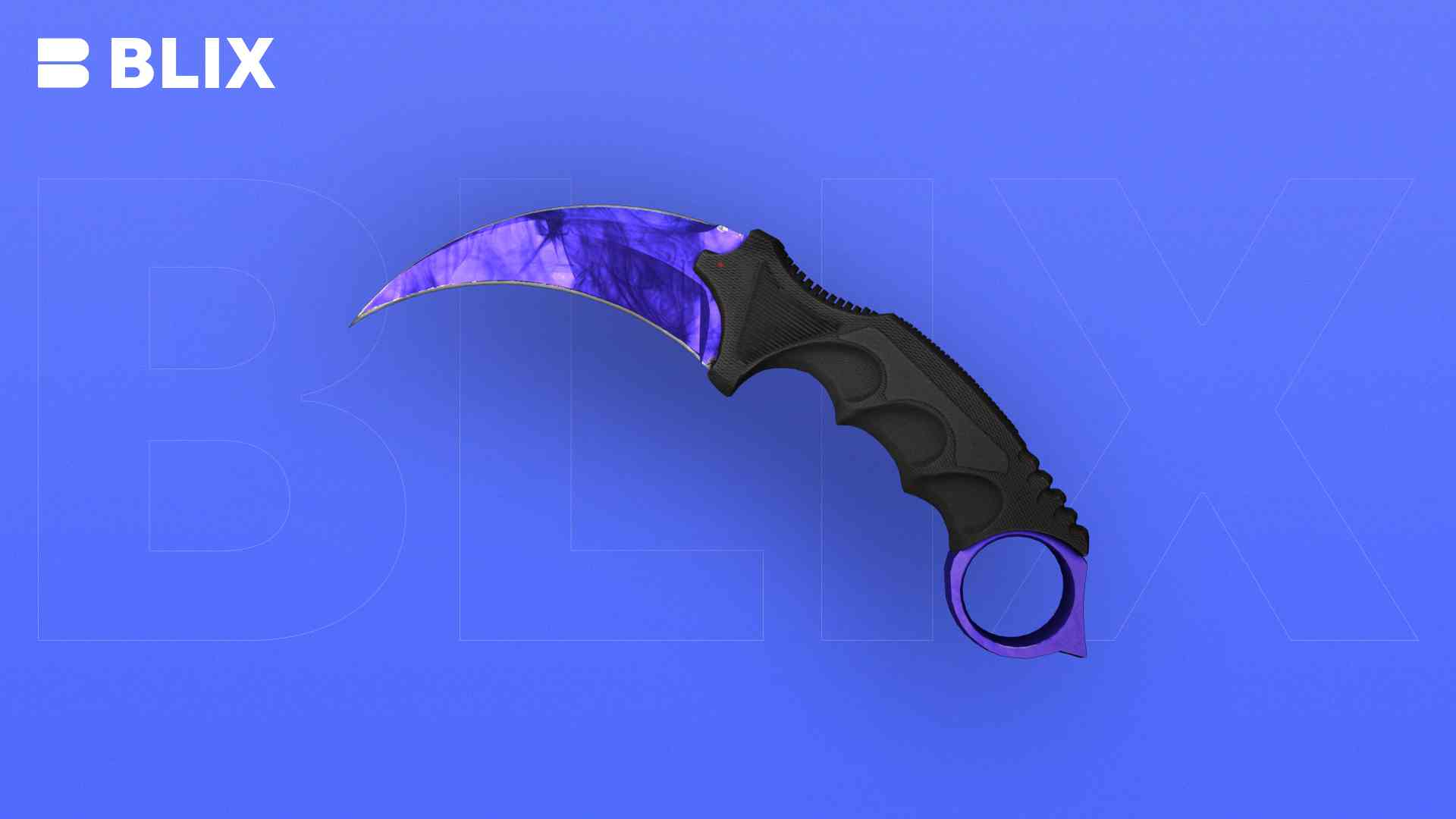 In-game cosmetics make up a massive part of the Counter-Strike: Global Offensive ecosystem; they were integral to the initial growth of the Valve game. This was due to the growth of the trading scene and the economy Valve tends to build for its games. Skins or finishes were first introduced in the Arms Deal Update in 2013. These finishes are variants of the weapons in the game with different textures and colour schemes. With regards to knives, there are multiple different types of knives, ranging from the curves of the Karambit to the flamboyance of the Bayonet. Individual knives and knife finishes can range dramatically in price and can cost absurd amounts of money.

Knives can be acquired directly through cases in the game, traded with others in the community, or bought via the Steam Market. However, knives are the statistical rarest thing that can be obtained from cases - explaining their high price point. So, now that we understand what makes knives so desirable, let’s go through ten of the most beautiful that Counter-Strike: Global Offensive has to offer.

The ★ Classic Knife | (Vanilla) is the default finish of the Classic Knife which was introduced as the rare special item in the CS20 Case - a case released in October of 2019 to commemorate twenty years of the popular Valve franchise. The Classic Knife was modelled after the knives that featured in games of old and for the nostalgia alone, it gains a spot on this list.

The regular ★ Classic Knife | (Vanilla) sells for $350 on the Steam Market, with the StatTrak™ variant selling for $450. This knife is fairly cheap for the current landscape of skin prices in CS:GO and therefore is a good purchase for anyone looking for a stylish knife for a lesser amount of money.

The Bayonet knife was introduced in the initial release of skins in the Arms Deal Update in 2013. The ★ Bayonet | Fade is a beautiful skin with colours that range from pink to yellow. The fade skin is a community-favourite - popularised due to its glamorous nature. Fade skins have different patterns, with full, 100%, fades being the best-looking in my opinion.

On the Steam Market, the ★ Bayonet | Fade sells for around 800 dollars, with StatTrak™ selling for marginally over a thousand dollars. This knife, with this finish, is incredibly sought after, explaining its expensive price point.

Due to the ★ Talon Knife | Doppler (Black Pearl) being a rare, gemstone variant of the Doppler skin, the price for this finish is incredibly high. They start at over two thousand dollars and can go as high as four and a half thousand in StatTrak™ Factory New. A large price to pay, but a special skin nonetheless.

Akin to the ★ Talon Knife | Doppler (Black Pearl), the ★ Flip Knife | Doppler (Ruby) is a special and rare gemstone skin on the Flip Knife. The Flip Knife is a small and sleek type of knife, which was popularised by pro player Kenny “kennyS” Schrub in 2014. The Doppler (Ruby) finish is a deep red which flickers in the sunlight in-game. This knife will set you back around three thousand dollars and would fit perfectly in a red-themed sniper’s inventory.

The ★ Karambit | Black Laminate is a personal favourite of mine and was added into Counter-Strike through the Gamma Case. The Black Laminate finish is incredibly stylish, featuring a wooden handle, and works incredibly well with Driver Gloves | Black Tie - a combination I would certainly recommend. This Karambit sells for around one thousand dollars in Factory New condition, but for a similar look, Field-Tested is four hundred less at $600.

The ★ M9 Bayonet | Lore was released alongside the ★ Karambit | Black Laminate in the Gamma Case in 2016. The design of the knife finish took inspiration from the legendary AWP | Dragon Lore from The Cobblestone Collection. The M9 Bayonet is one of the most popular knives in CS:GO and features one of the best animations. The Lore skin is a predominantly gold skin with Celtic inscriptions adorned down the edge. This flashy knife will set you back around three thousand dollars in Factory New.

Both the Karambit and the Crimson Web finish were introduced in the first launch of Counter-Strike knife skins. As the name suggests, the Crimson Web is a deep crimson colour with black webs which cover the blade. The handle is also a deep black colour, which creates a beautiful contrast. In Crimson Web skins, different patterns affect the amount of “web centres” on the blade, which are considered better-looking. ★ Karambit | Crimson Web knives in Factory New cost a pretty penny and can be higher than seven thousand dollars.

The final knife to make this list is the ★ Skeleton Knife | Case Hardened (Blue Gem) and this knife is truly something special. The Case Hardened is an old finish for knives and was added to the Skeleton Knife when it was added in November of 2019 in the Operation Shattered Web Case. The Case Hardened stands out as one of the most collectable skins in the entirety of Counter-Strike. There is a rare pattern, colloquially known as “Blue Gem”, in which the whole blade is blue.

These skins are incredibly sought after by collectors and only have this rare full blue blade if they have a specific pattern index. For the Skeleton Knife, this is Pattern Index #403. Just under a year ago, a StatTrak™ Field-Tested ★ Skeleton Knife | Case Hardened (Blue Gem) sold for one hundred thousand dollars. That is a life-changing amount of money, but the knife is incredibly rare and therefore worthy of such a price tag.