With a new year comes new opportunities as teams enter the new season in hopes of showing their full potential and fixing last year’s mistakes.

2022 was a spectacular season as we witnessed the rise and surprise of teams such as Outsiders, Heroic, MOUZ & even Bad News Eagles making the Legends Stage on two Majors consecutively without an organization backing them.

G2 Esports to give “NiKo” his first Major, Astralis with “dev1ce” to shoot for the stars, Team Liquid on a mission to put the NA region on the map and FaZe Clan to kick back and dominate once again.

Will it be one of those scenarios or another season for the underdogs to prevail and surprise the scene?

Each team will approach the year with different goals and motives. However, which lineup will overperform, and which lineup will surprise us the most? Though that’s uncertain, an exceptional year for Counter-Strike is waiting for us and that's for certain. 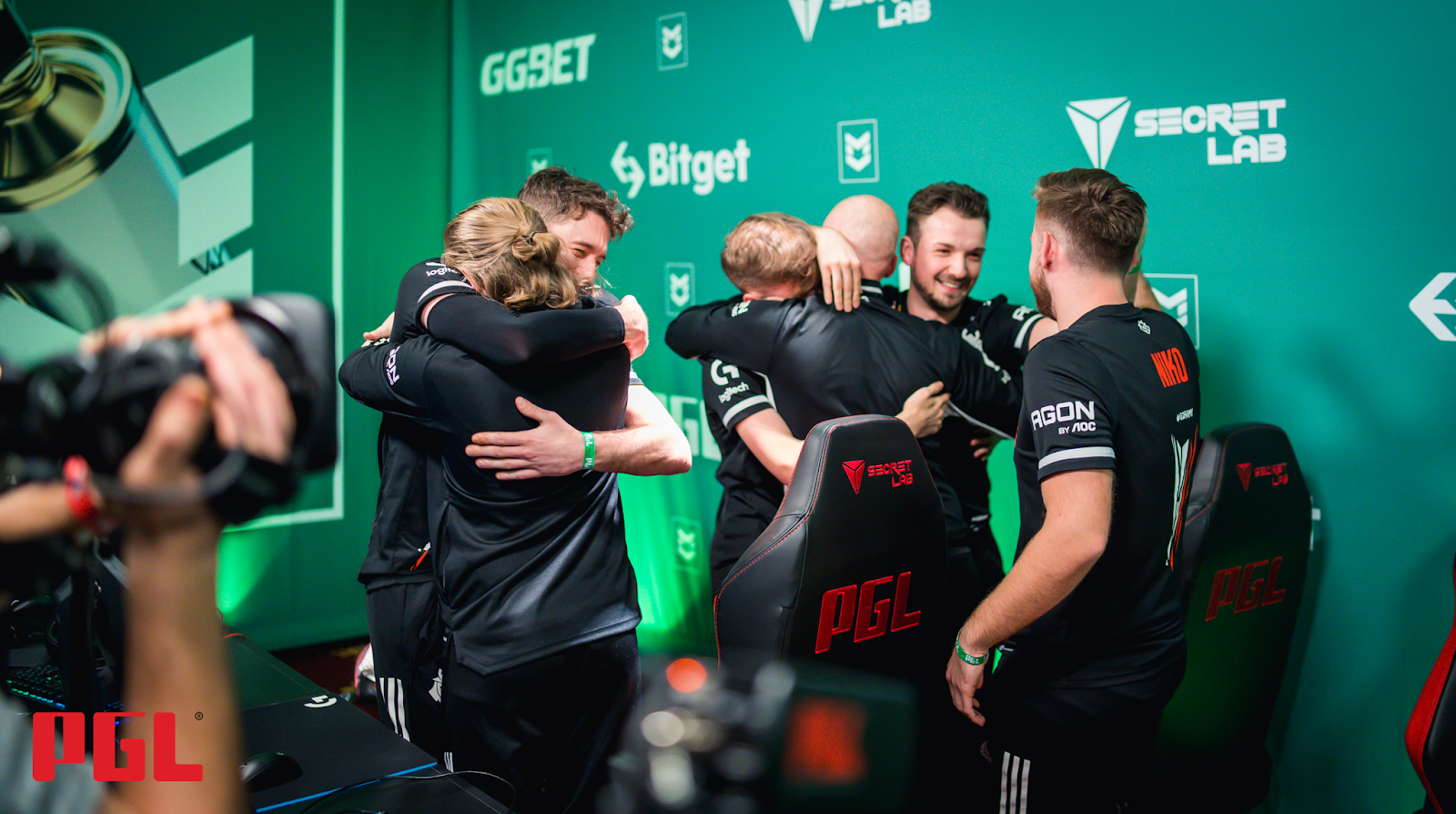 2022 was a year to forget with the disappointing results and lineup changes. However, the goal is to make 2023 a year to remember.

Despite the many unpleasant finishes at most events, G2 Esports ended the year on a good note lifting the BLAST Premier World Final trophy giving them a confidence boost to start a remarkable new season.

The sheer power of the lineup is enough of a reason to keep a close eye on them but is it enough to finally give who’s considered the best rifler of all time the Major title he strived for? or will it haunt him for the remaining years of his career?

as “NiKo” would wish it to be as easy as rubbing a lamp and getting a genie to fulfill his dream, the reality is far from that.

The secret to achieving major success isn’t about having the biggest players with G2 & FaZe Clan at IEM Rio 2022 as a prime example, in fact as history witnessed the only team that possesses the secret recipe is none other than the ones who did it in style; Astralis.

and here’s how they can be the unexpected surprise of the new year. 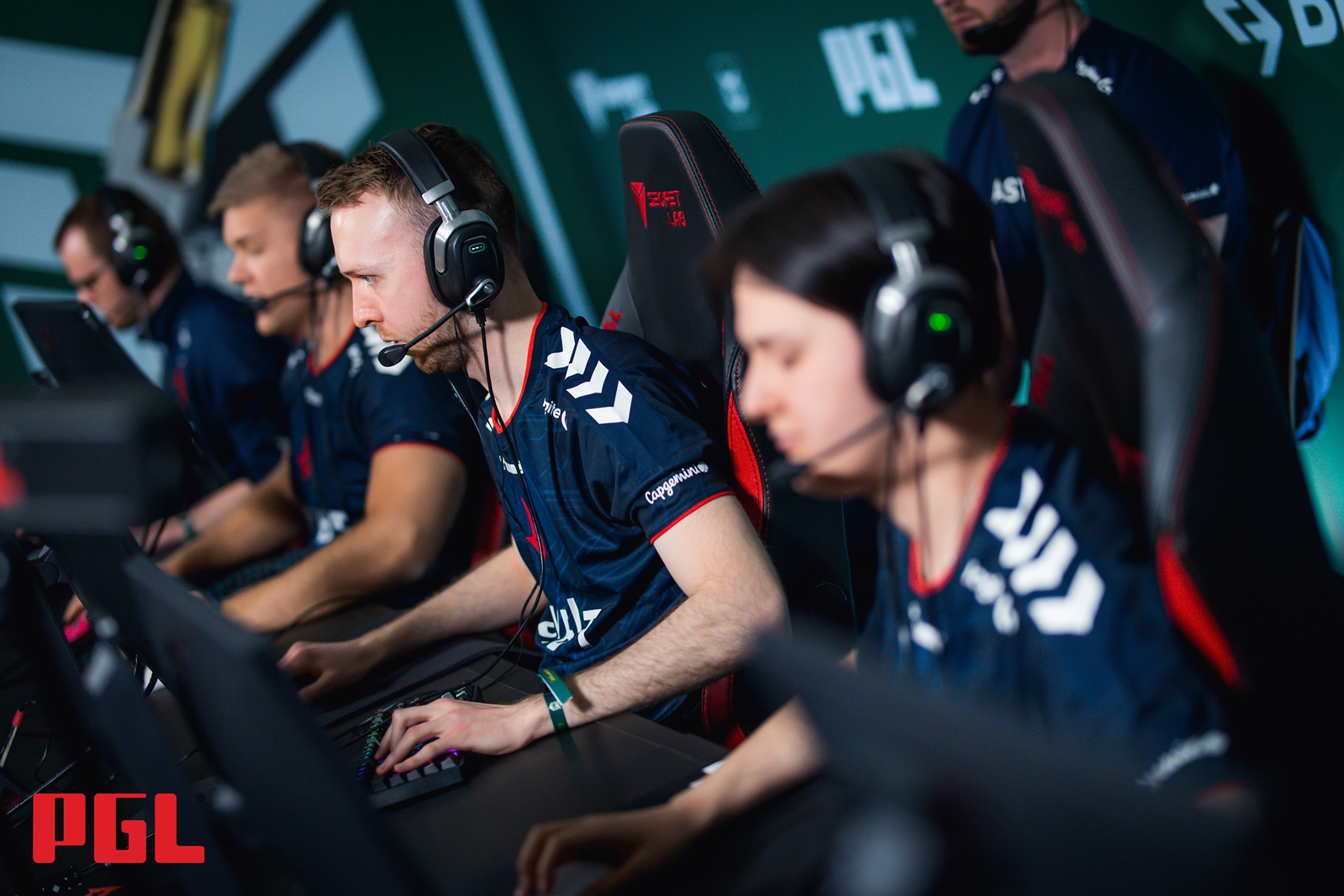 It’s no secret that “dev1ce” was a pillar in Astralis for many years helping them become the most successful team in Counter-Strike, It was proven after his transfer to Ninjas in Pyjamas when Astralis went through a drastic fall in performance thus results.

Finding a replacement with high caliber to fill in the shoes of one of the most consistent players was impossible therefore getting “Lucky” was faced with many raising eyebrows.

After the departure of “dupreeh” “Magisk” & “zonic”, the golden era of the Danes became nothing but a beautiful memory and a piece of Counter-Strike’s history.

Though the gap was filled by “blameF” and “konfig”, Astralis continued to struggle when it mattered the most.

If there’s anyone that can push Astralis further and make a spot among the best in the world again it has to be the one who put them there in the first place.

Though this might be a speculation we can’t deny the fact that “dev1ce” on the team can bring more power which makes the Danish lineup a good team to watch for in the upcoming year. 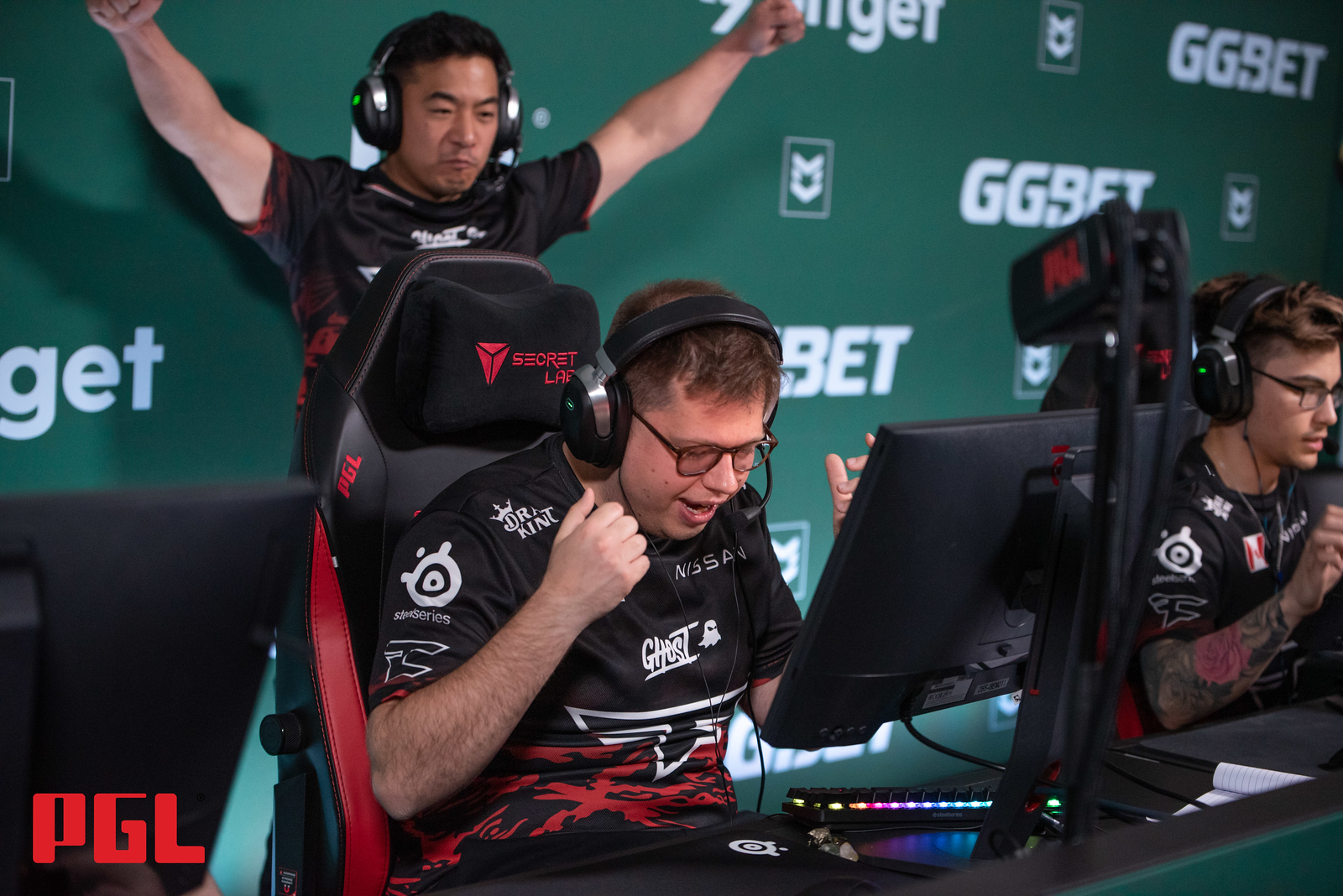 We can’t talk about the best teams to watch without mentioning the team that dominated most of 2022 creating a unique story of the returning warrior who did everything to make up for the error that haunted him and his teammates for many years.

FaZe Clan is destined to achieve greatness, destined not because their name is written in the stars but rather with how much the organization invested in creating a stacked lineup with only the best in the world. That in addition to their previous dominance is enough to predict a strong year full of achievements and success.

It’s hard to imagine a scenario where the international lineup struggles for so long, there’s no doubt that they might go through a rough period or slow start but having the talent of “Twistzz” & “ropz” mixed with the experience of “rain” and the brain of a genius is more than enough to sit on the throne. 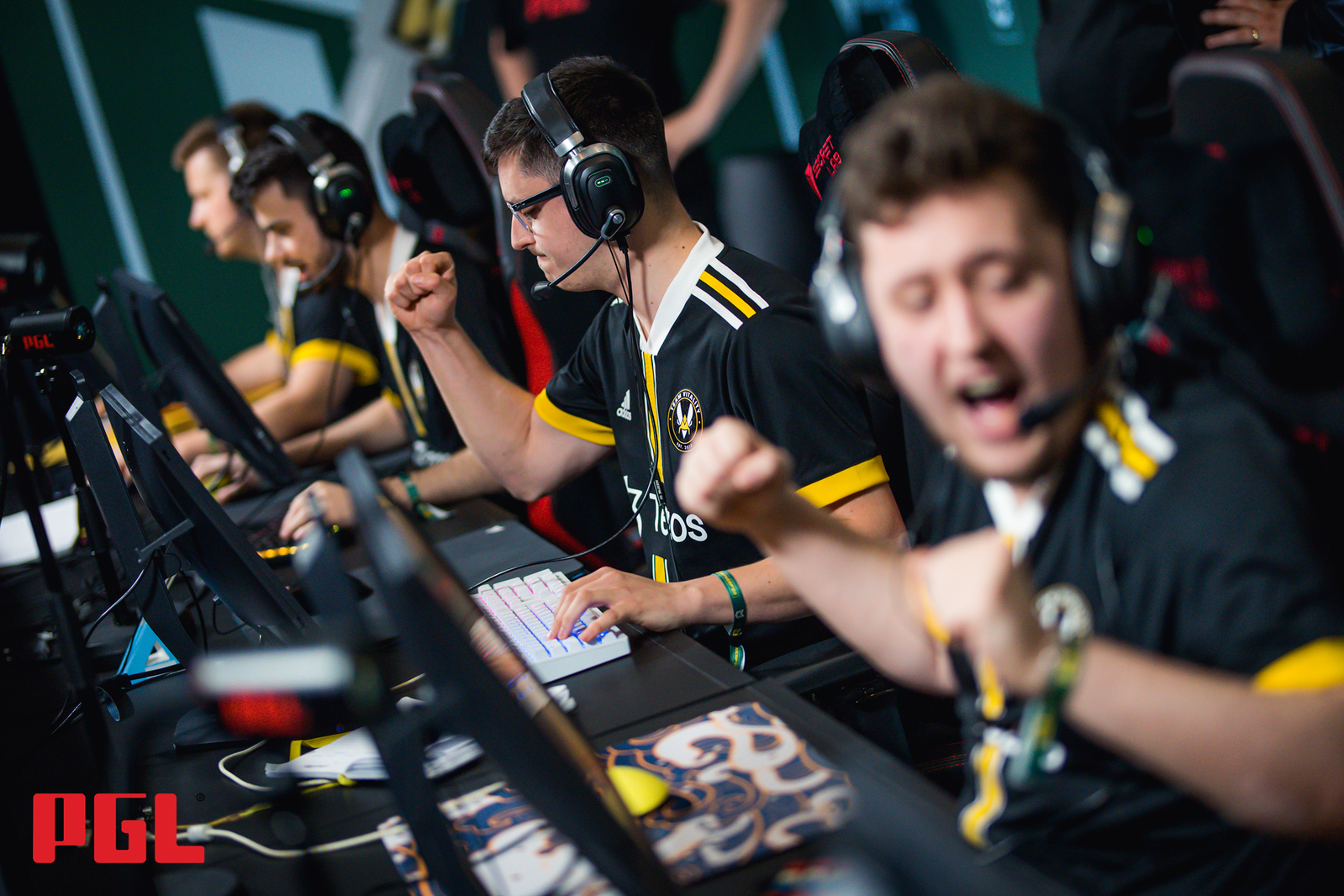 “NiKo” isn’t the only big player who hasn’t won a major yet in this list, “ZywOo” the best player for two years in a row is still missing a major achievement considering his Danish teammates have already succeeded at lifting it multiple times.

The stars are aligning for the French organization since the first Major event of the year will take place in Paris, a long-awaited dream for the French fans and especially the infamous Golden Hornets, well you might say that having an event on home soil does not guarantee winning it and you’d be right.

the team performed poorly overall until the addition of “Spinx” which got them the ESL Pro League Season 16, up until the last event of 2022 for them he was fairly a new addition and was yet to adapt to many things within the team.

“zonic” is another important factor as to why Team Vitality can achieve important results, The man who carried Astralis into greatness surely still has some tricks up his sleeve though his impact came short during the last season.

Great things take time and rarely happen instantly and maybe this is the Hornets’ year. 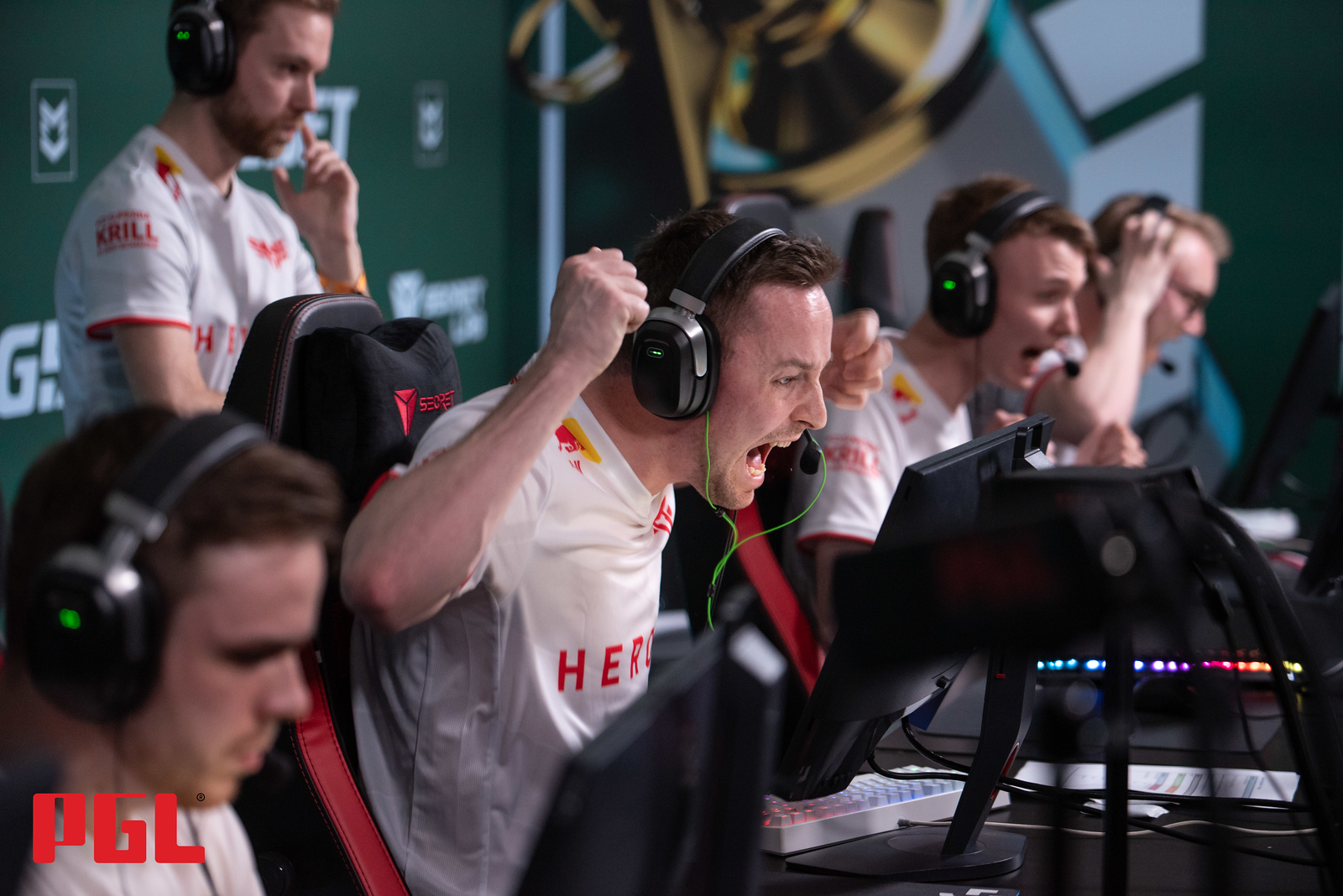 Over the last couple of years Heroic ground their way up to the top with convincing performances and great resilience, 2022 was their best year so far with top finishes at Pinnacle Series #3 and Championship followed by BLAST Premier Fall European Showdown to qualify and lift the Fall Finals trophy, Finalist at IEM Rio Major as an honorable mention.

Their success didn’t happen overnight therefore their current status won’t be shaken easily anytime soon. In fact, they have the potential and opportunity to go further, it sure won’t be an easy task but nothing is impossible in the world of Counter-Strike.

Heroic can no longer surprise us; they can only reach our expectations as a contender for the biggest events and establish their name among the best in the world as we wait for the action to feed our passion and stand with our favorite teams both in hardship and ease.