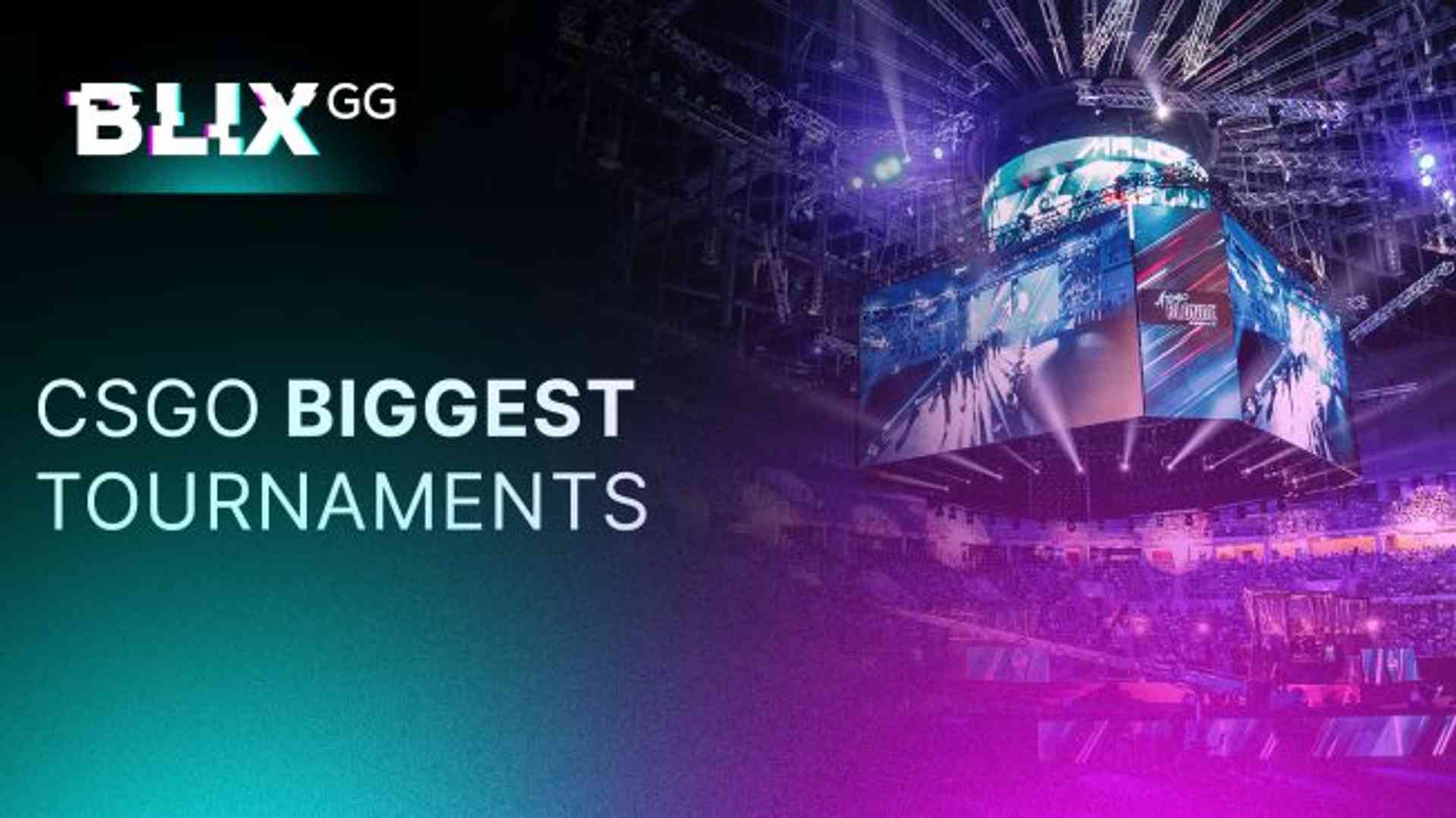 Due to the generosity of many sponsors, large prize pools, and a massive amount of fans and spectators, the CS: GO Esport scene is rapidly growing, and with it, the fans and prize pools. I'm here to talk about the tournaments responsible for the immense growth.

Worldwide, sports are incredibly popular. Similarly, the Esport scene has a huge following but, what defines how big a tournament is? Is it the prize pool, or is it the viewership? That's up to you to decide, I'll be ranking the biggest CS:GO tournaments by prize pool, and when available, viewership.

Starting with a tournament type that requires no introduction, The Major Championships. Major championships are the most popular events with the highest prize pools since their initiation in 2013 in Jönköping, Sweden, recently hitting a peak of roughly 2.7 million views with the PGL Stockholm Major 2021.

The competition features twenty-four teams from around the world. This event is regarded as one of the greatest and most important competitions in the world of eSports. Navi is the current champion, and Astralis being the previous having won four events and having the most success in the history of Counter-Strike: Global Offensive.

The PGL Stockholm Major is undoubtedly the biggest tournament in CS: GO to date, accompanied by a prize pool of 2,000,000 US dollars it also had the most views of any CS tournament, being the first major championship in over two years, it didn't come as much of a surprise but still impressive nonetheless. The champions, Natus Vincere (Na`Vi) took home one million dollars in earnings and thus establishing the beginning of their era.

The FACEIT Major: London 2018 is the second Major of 2018, and the 13th Valve-sponsored Counter-Strike: Global Offensive Major Championship. The prize pool is once again $1,000,000. This is the first time FACEIT has hosted a Major, this tournament marked Astralis' era, with them going on to win 2 more consecutive Majors.

The Intel Extreme Masters Season XIII - Katowice Major 2019 is the 14th Valve-sponsored Counter-Strike: Global Offensive Major Championship and the first Major of 2019. The tournament featured a $1,000,000 prize pool and 24 teams as with previous Majors. It was also notably held by ESL, whose last Major was in 2016. This event marked the start of the new Intel Grand Slam Season.

The 2019 StarLadder Berlin Major is the 15th Valve-sponsored Counter-Strike: Global Offensive Major Championship and the second Major of the year. As with past Majors, the tournament has a $1,000,000 prize fund and 24 teams. The Berlin Major marks StarLadder's first time hosting a Valve competition in the Counter-Strike sector, even though they previously held many events in the 2018-19 Dota 2 Pro Circuit. This tournament concluded Astralis' 3 Major win streak.

You can't make an article about CS:GO tournaments without mentioning The ELEAGUE Major: 2018, hosted in Boston. The ELEAGUE Major: Boston 2018 is the first of two 2018 Counter-Strike: Global Offensive Major Championships sponsored by Valve. The tournament had a $1,000,000 prize fund, as well as Valve's freshly rebranded structure and expanded the field to 24 teams. This tournament was the first win in North American history in terms of Major championships

These tournaments were previously known as Premier tournaments before being renamed S-Tier events. The greatest CS:GO players from all around the world compete in S-Tier competitions, which are held all over the world — from Europe to North America to Asia, as well as Australia. The most important CS: GO tournaments are the most important not only because of the monetary awards but also because of the strength of the teams and the number of people who compete in them.

During the year 2020, some of the largest S-Tier tournaments with more than fantastic cash prizes were held:

Kicking off with none other than the BLAST Premier: World Final 2021.

The final tournament of 2021, and one of the biggest. This event, hosted in Denmark with a total of 8 top-tier teams and a prize pool of $1,000,000. Being won by Na`Vi, it also held a large significance due to it being the last tournament held in 2021 as well as setting a new record for most MVPs (8) in one year for Aleksandr "s1mple" Kostyliev.

On the 28th of April, 2015, ESL and ESEA announced a partnership to provide a Counter-Strike: Global Offensive league with a total prize pool of $1,000,000 for the first two seasons of 2015.

Initially, the competition was only available to teams from Europe and North America; but, in the following seasons, it expanded and allowed teams from Asia, Oceania, and South America to compete as well. The events are planned around Valve's Major tournament system throughout the 12 seasons, with offline finals held in various places around the world.

A-Tier tournaments have a smaller prize pool than Major Championship and S-Tier events. The CS:GO Minor Championships and Regional Major Ranking events are the most well-known of the bunch.

This tournament is the biggest A-tier tournament to date, with a prize pool of $338,458. This event featured teams through invitation or qualifying tournaments such as Puchar NDE, Majstrovstvá SR 2021, 1. COOL League S10 and The V4 Future Sports Festival - Budapest 2021: International Cup. The winners being Gambit Esports took home $169,229.

Relog Media is a tournament organizer and production firm based in Serbia. Milutin Pei started the company in 2019 and it is headquartered in the Hotel Jugoslavija building in Belgrade, Serbia. They organize a variety of CS:GO tournaments, most notably the Snow Sweet Snow series in which 44 teams in total participate, fighting for a prize pool of $100,000.

Intel Grand Slam: The Intel Grand Slam is a $1,000,000 reward awarded to the first team to win four S-Tier events hosted by ESL or DreamHack Masters in 10 days, including an IEM World Championship, IEM Cologne, or an ESL/DreamHack CS:GO Major Championship.

Otherwise, they must win six events in a row for a total of ten events. To put it another way, if a team wins an ESL or DreamHack Masters tournament, they must win 3/5 of the following nine events to earn the Grand Slam. This award is handed to the players directly. Any team that defeats another team in a grand final and denies them their final victory towards the Intel Grand Slam receives a spoils bonus. The spoiling team receives a cash prize of $100,000.