The Coming Out Party – IEM Katowice 2022 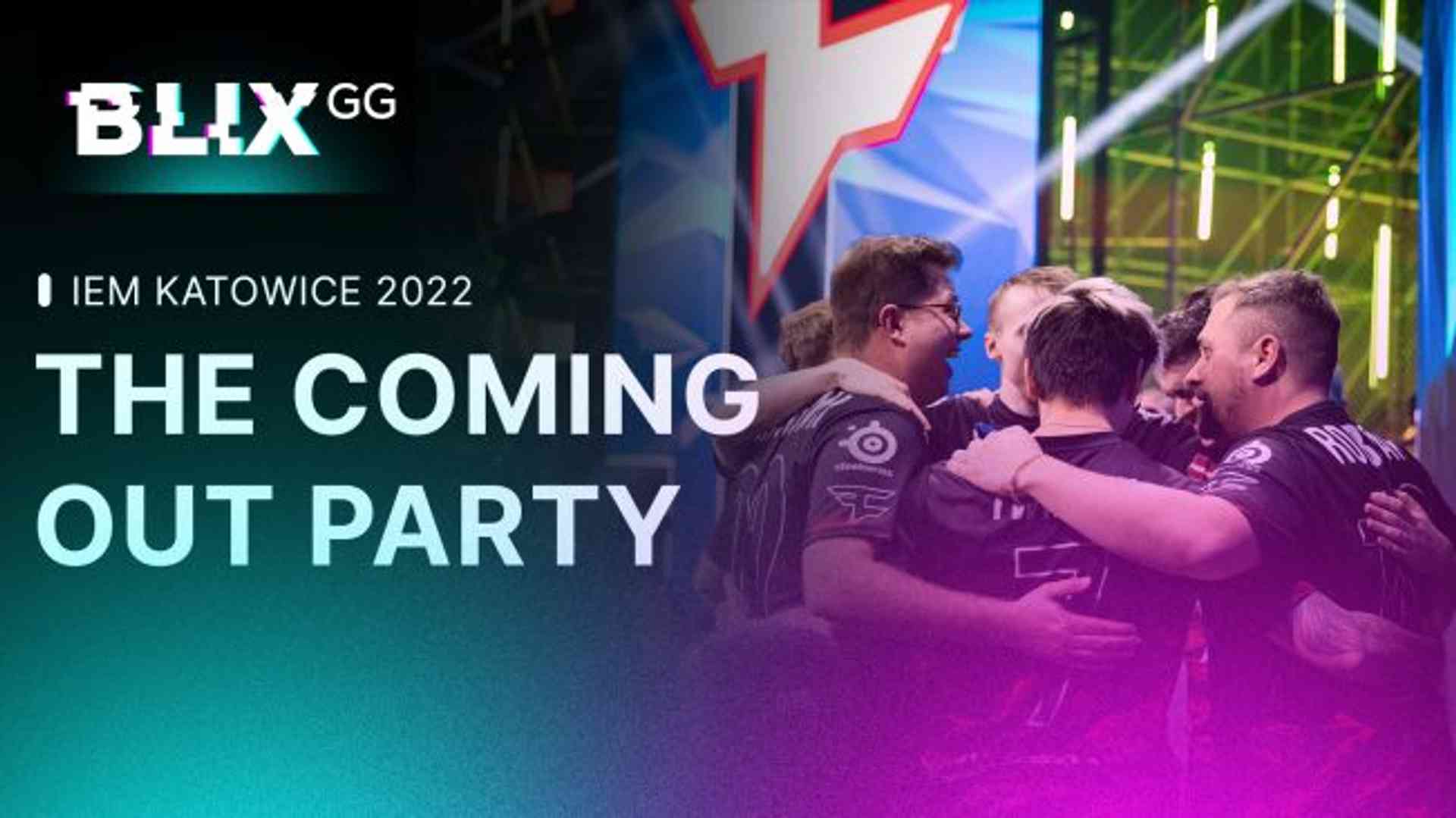 The break is over and Counter-Strike season has begun. Players have rested and a massive team roster shuffle has ensued. Everyone is now preparing to compete at the first big LAN of the year; IEM Katowice.

Katowice has always held a special place in the CS season and this year is no exception — as it will be a coming-out party for four particular teams. All four have the potential to be title contenders and all four have aspirations to be the team to knock Na`Vi off it's thrones. They are: G2, FaZe, Vitality, and Liquid.

“I don't give a f**k about being top three, I want to win Majors.” - Carlos “ocelote” Santiago, CEO of G2 from HLTV Confirmed.

Last year, G2 was one of the elite teams of the year. They struggled in the early months of the online period, but by the middle of the year they were consistently getting top three or four in online events; Flashpoint Season 3, DreamHack Masters Spring 2021, BLAST Spring Finals, and IEM Summer. It was a good team, but it didn't have that divine spark that made you think they could be anything greater.

Then LAN came back and so did NiKo. The NiKo of miracles, the one that solo-carried Mouz, that rebelled against the Fnatic dynasty, that became the superstar among superstars, and at this point: one of two players that rival Oleksandr "s1mple" Kostyliev.

That NiKo carried G2 to two 2nd place finishes at IEM Cologne and the PGL Major Stockholm. The Major itself was a masterpiece as NiKo practically hard carried G2 into the third map. In the end Na`Vi prevailed, but by then NiKo made believers of us all. His name is once again ringing among the greats as the community has started to place him as potentially the greatest rifler the game has ever seen. By the end of that finals, it made you wonder if NiKo could have won if he had a slightly better team to complement his prodigious talents.

G2 has sense that this is their moment. Na`Vi are the best in the world, but with NiKo playing at this level they have a window to take the spot. G2 therefore made two key player acquisitions with m0NESY and Aleksib. M0NESY is the young new AWPer that G2 desperately needed in their 2021 run. 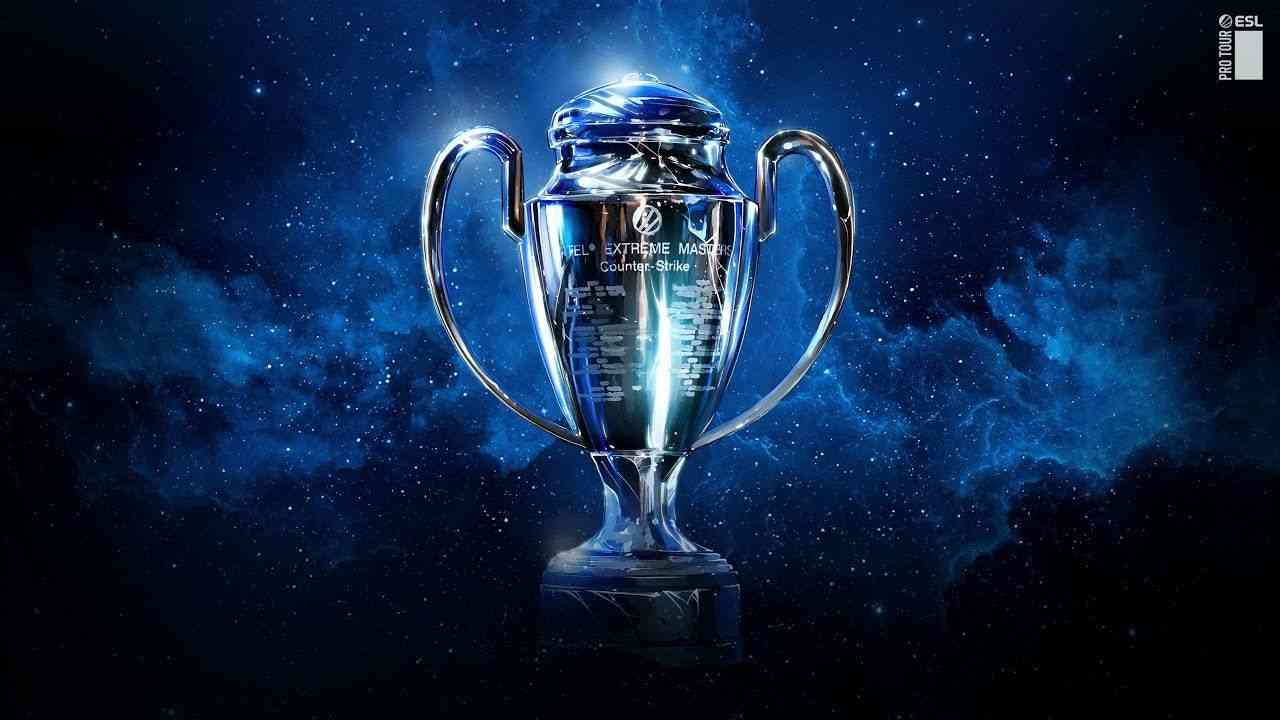 The final piece of the puzzle is Aleksib. Nemanja "nexa" Isakovic was a good leader, but Aleksib's leadership with ENCE proved that he was a top three leader in the world. On paper, this team has the talent to win a Major and Katowice will be the first real stress test of this new G2 line-up.

“...the sky is the limit for them to stay together for a long time.” - Finn 'Karrigan' Andersen, - in-game leader of FaZe via HLTV.

FaZe may not have one of the CS Gods, but their firepower is no joke. Both Twistzz and Ropz have had tournaments where they could win MVP awards against the best in the world. Broky is a rising star AWPer — with the potential to get to another level. Rain, a flexible veteran player who can still take over games or rounds from any role or position. These four talents are united around Karrigan as their in-game leader.

Karrigan is in the running for greatest leader in CS:GO history. In terms of international line-ups, no one comes close to his success. What's exciting about this team is the core firepower is coming from the younger trio of Twistzz, ropz, and broky. Karrigan has shown an uncanny ability to help players reach another level of greatness.

This is tantalizing as Twistzz has shown he can go head-to-head with any rifler in the world. When Karrigan and ropz played together on Mouz before the pandemic, ropz has evolved into a top five player in the world. Broky has slowly and steadily become a better AWPer in the last year of FaZe.

What's more, this line-up can allow Karrigan to show his flexibility as an in-game leader. The combination of Rain, Twistzz, and Ropz let's Karrigan have a lot of flexibility in roles, structure, map pool, and style of play. Give Karrigan a little time and FaZe will likely be a consistent elite contender going into the future.

“We want to win tournaments, to be able to beat NAVI, and that's going to take time.” - Magisk via HLTV

Once the LAN season started up again last year, Vitality was in a similar place to G2. They were always one of the best teams, but lacked the extra element they needed to topple Na`Vi from the throne. ZywOo didn't have the same explosive year in 2021 as he did in 2020, but he was still a superstar player.

Like G2, Vitality needed to to change things up. In the off-season, they became a French-Danish hybrid making three huge acquisitions: Magisk, dupreeh, and Zonic. At first blush, it was a shocking shuffle.

While we've seen mixed line-ups before, I've never seen a French-Danish combination. Vitality is a good tactical term, but their style of play comes from a different understanding of the game compared to the structured Danish style we've seen from teams like: Astralis, Heroic, or North back in the day. As a team, I still have no idea what to expect from them.

However, if we wipe away the histories and associations of the various players and look at ZywOo and what has made him successful, this move seems genius in theory. ZywOo has performed well with good teamplay, structured roles, and him as the focal point of the offense or defense.

In the early Alex "ALEX" McMeekin version of Vitality, the team played a dual-entry/lurker hybrid to open up space for ZywOo to close rounds. Later on ZywOo played more of a hybrid role whether as playmaker or closer.

This line-up gives ZywOo the chance to play either style as dupreeh, Magisk, and apEx can all play entry and lurker. The final thing to consider is zonic. Zonic is on the shortlist of greatest CS:GO coaches ever and his biggest accomplishments in that role had Nicolai "dev1ce" Reedtz as his AWPer. So on paper, ZywOo could be an even better fit under Zonic's system.

Vitality have the potential to be title contender, but their start-up should take longer as they are combining two different cultures of CS.

“I want to feel like we, as a team, are progressing and doing something every day to better the team” - Nicholas “nitr0” Cannella via Washington Post.

Man-for-man, gun-for-gun, Team Liquid has had the most firepower across all of it's line-ups from 2018 to now. Firepower has never been a concern for them. This begs the question, what happened to Liquid once the pandemic hit?

Much ado has been made about inconsistent forms, a lack of motivation, the degradation of the NA scene, and the need to travel to EU to get good practice. All of those are valid points, but none of them hit the crux of the issue. Liquid didn't have a uniting core.

In 2020, nitr0 was benched. On paper, the move made sense as he had a slump in form and Liquid needed some kind of change. While Liquid could find a better player, the question remained if Liquid had a leader that could fill the void. In the end, Liquid believed that Stewie2K could fill that role.

Stewie2K couldn't fill that hole that nitr0 had left behind and the team started to slowly fall apart. Twistzz eventually moved to FaZe, but even then Liquid still made good roster moves. They added Michael “Grim” Wince to fill the void and later on added Gabriel “FalleN” Toledo to help with AWPing and leadership duties.

These were all good moves on paper, but in the end the team couldn't unite as a squad. On paper, they had incredible firepower. EliGE and NAF as a duo can carry teams deep into play-offs. Firepower wasn't enough as the team needed a uniting center that could help coalesce individually great pieces into a cohesive team.

It was only after everything collapsed that we finally got to see Liquid's potential on paper. At BLAST World Finals, we saw Liquid beat Na`Vi in a bo3 series, take Gambit to three maps, and beat Astralis 2-0. They eventually lost to Na`Vi in the rematch, but it showed what Liquid could do if they had that uniting center.

This is why Liquid is on this list. Their recent results in the last few years isn't close to anyone else on the list, but they've always had the potential. Liquid still have the firepower to be the best team in the world. Liquid now have a dedicated AWPer, shox is a fantastic veteran player who still has that special “it” factor. If nitr0 can get his form back and if the five players can coalesce into a unified team, Liquid will be elite.

Battle for the Top

All four teams are attending IEM Katowice 2022. As one of the biggest tournaments of the year and the first LAN competition, all four teams will want to make a huge statement here. While I’ve focused on these four teams, there are lots of strong teams coming into Katowice.

Na`Vi are the reigning champions and this is their era. Gambit are a strong team who just need a little more seasoning and experience. Heroic and Virtus.Pro are notoriously hard to take out. Both Astralis and NiP have upset potential in them. This is a coming-out party for all of the teams and Katowice looks to be an explosive way to start the year of LAN competition.