The Future of MOUZ 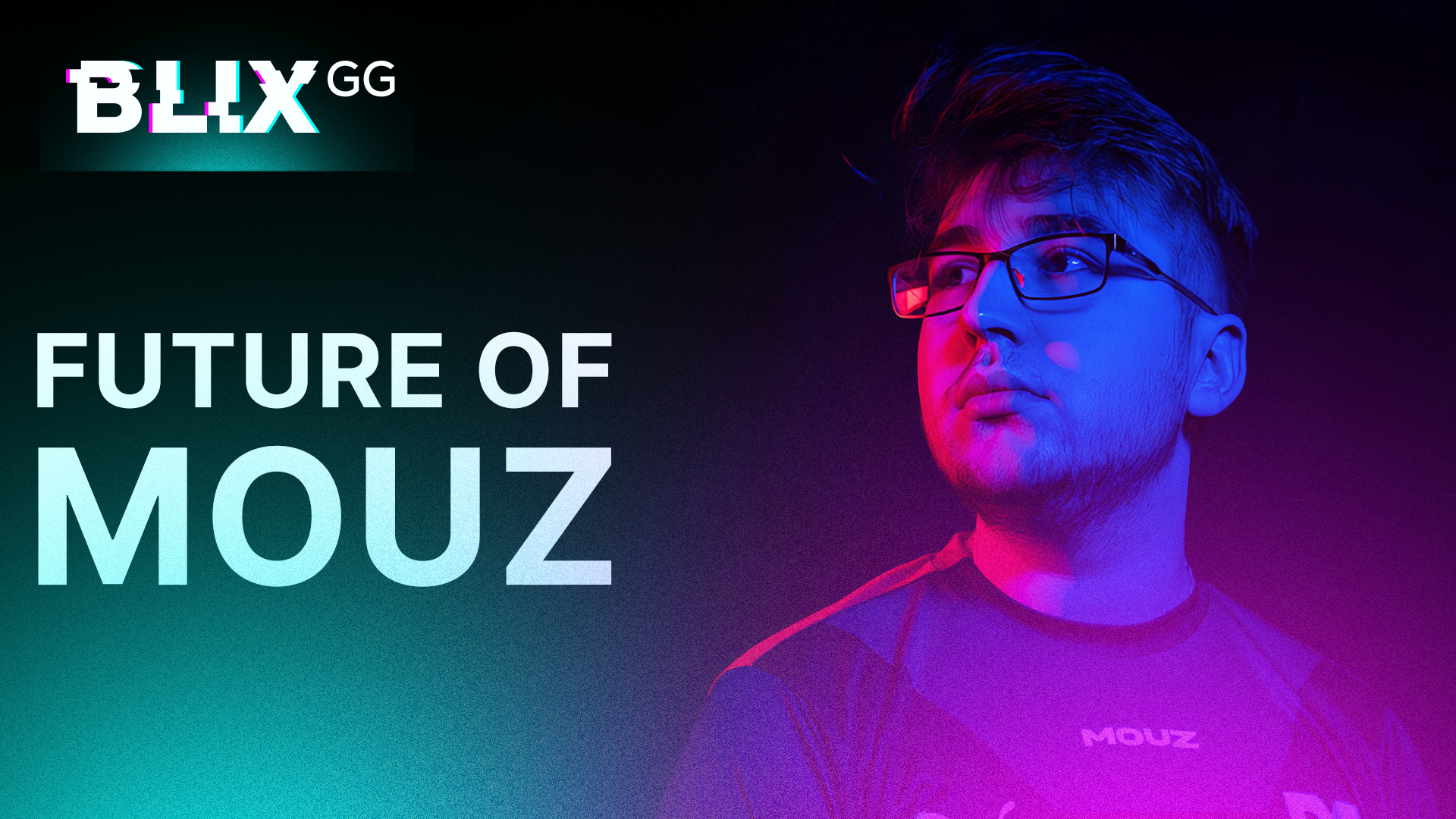 Being one of the highest performing players on the team and in the world, the departure of Robin "ropz" Kool serves as a massive hit to MOUZ. They were also the first professional squad for the Estonian sensation.

ropz joined the organization; then known as mousesports, in 2017, after establishing himself as a young up-and-comer in the FACEIT Pro League (FPL). But following the departure of Finn "karrigan" Andersen, he too is now moving on to be reunited with the aforementioned In-Game Leader.

Can NBK- bring an end to the irregularity?

With the exception of a brief period following an unexpected victory at Flashpoint 3, the European team struggled with inconsistency. Being forced out of events outside of the playoffs more often than not, as well as remaining outside of the top 10 of the rankings for the majority of the year. 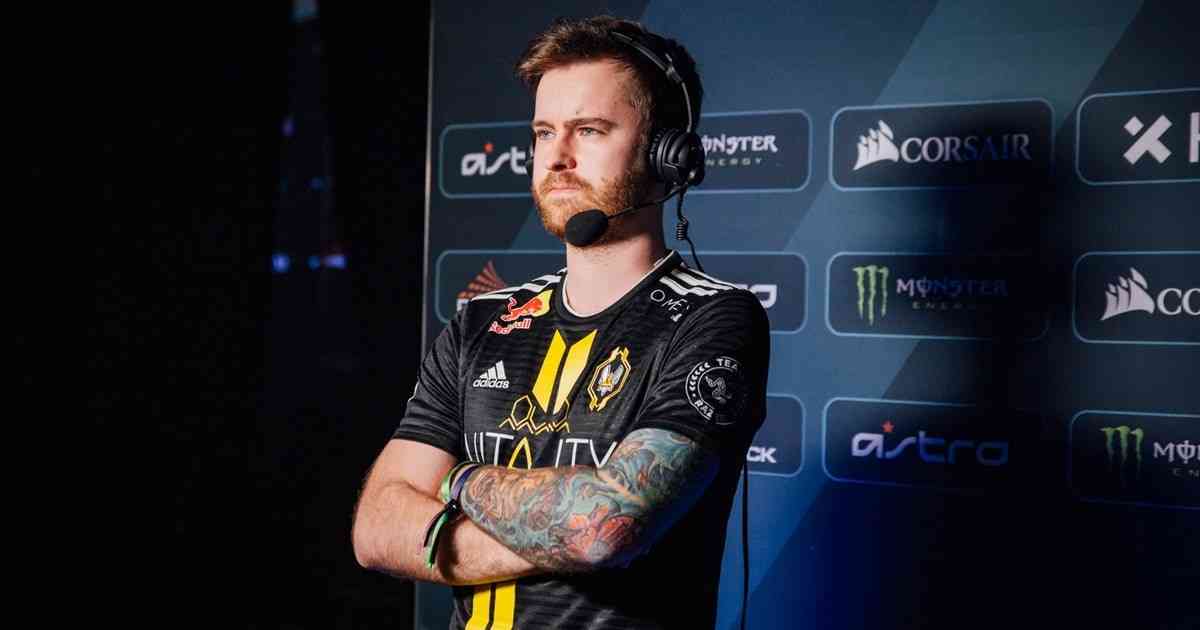 Both the team and fans alike are hoping that the addition of Nathan "NBK-" Schmitt, will put an end to their phase of irregularity.

MOUZ announced the signing of NBK- to complete their 2022 roster in January, bringing their reorganization period to a close. The arrival of the two-time Major champion gives the young players much-needed experience to draw on. Still, it's not going to be easy for NBK- to fill the shoes he needs to; especially with his subpar recent performances.

Following spells with G2 and Vitality, NBK- joined his first international lineup, joining OG's CS:GO endeavor. Despite a handful of second-place results, he was benched from the team in 2021 due to a bad start to the year.

Nathan made his final CS:GO appearance with DBL PONEY in the third season of Flashpoint, filling in for the French squad after being benched from OG.

Since June 2021, the Frenchman had been on the sidelines, ostensibly to transition to VALORANT, but the switch to Riot Games' first-person shooter never materialized.

In 2019 and 2020, Frederik “acoR” Gyldstrand stood out as one of the best up-and-coming AWP players in the world. Under the structure of tenured danish IGL Nicolai “HUNDEN” Petersen, acoR shone throughout his time on the Tricked and MAD Lions rosters.

The Dane found himself averaging a 1.09 rating and a 1.12 rating in those two years respectively. However, since getting his big break and joining the MOUZ outfit in early 2021, there’s been a dramatic downtrend in the level of his performances; with Frederik seemingly unable to capture the same level of form under Christopher "⁠dexter⁠'' Nong leadership. During his time at the German organization, he averaged a measly 1.03 rating; leading to his eventual departure in early 2022. 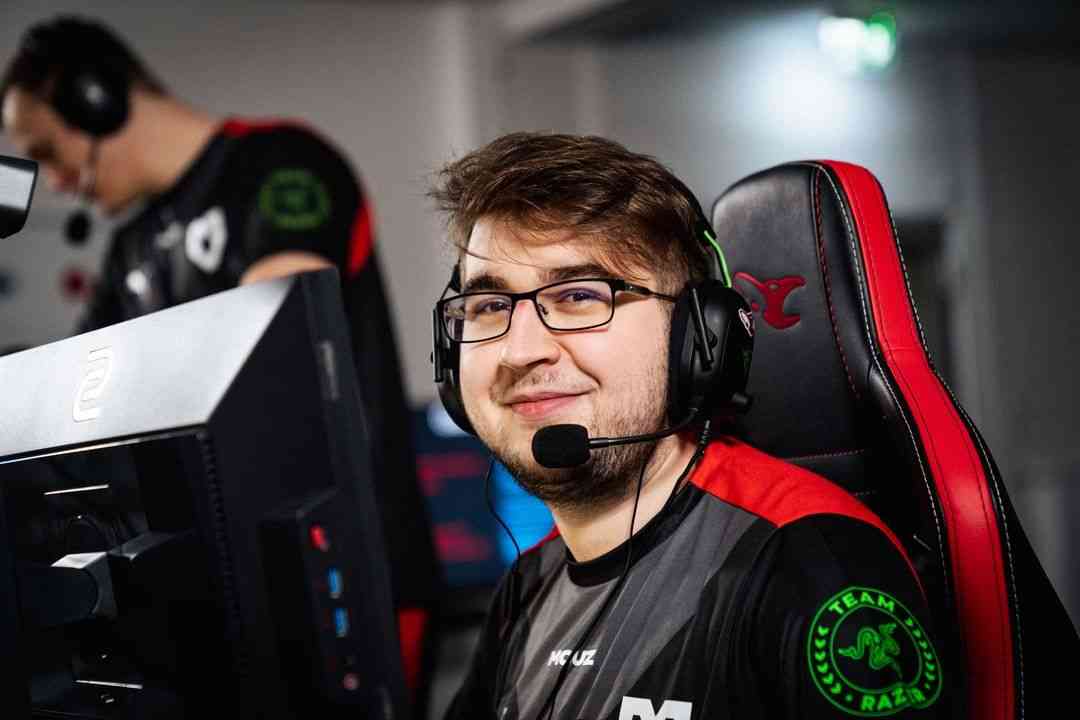 During this time, he accrued an average rating of 1.24 and won two consecutive WePlay Academy League titles. Ádám has been considered a talent ever since making a name for himself on teams like Salamander and Budapest Five. And the whole Counter-Strike scene is excited to see what he can achieve at the highest level of play. In comparison to acoR, torzsi brings a much more individualistic style of AWPing and MOUZ are hoping he’ll thrive within dexter⁠’ssystem.

During the restructuring, it also came to light that Danish coach Torbjørn "⁠mithR⁠" Nyborg was being removed from the MOUZ roster in favour of fellow countryman Dennis "⁠sycrone⁠" Nielsen. Similar to Torzsi, Nielsen been promoted from MOUZ NXT after demonstrating his expertise in mentoring and developing young talent throughout his tenure in the NXT squad. 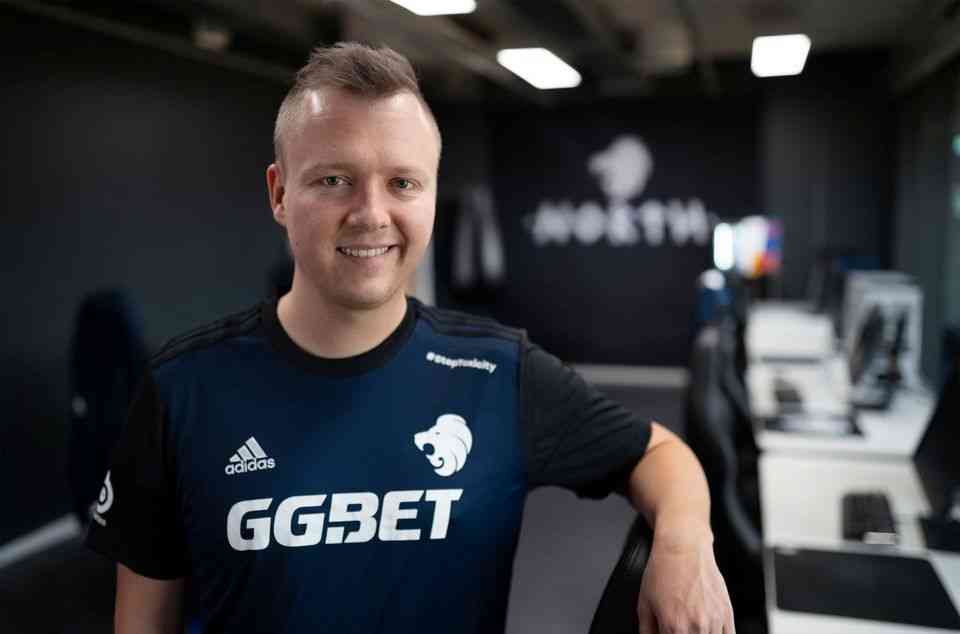 These skills will turn out to be equally valuable with the main roster. With three players still in their teens, it will be interesting to see if ⁠sycrone and dexter can get the best out of their young stars going into the next season.

When mentioning the future of the MOUZ roster as well as the future of MOUZ as an organization, it is important to highlight the incredible success of MOUZ NXT. The German organization claims to have the best academy team in the scene and we’d be foolish to disagree.

As mentioned, the NXT squad won both the inaugural and the second season of the newly formed WePlay Academy League. They also found success in tier two events like the Malta Vibes and the Pinnacle Series, making playoffs consistently. These victories helped the squad achieve the highest HLTV ranking of #26; only nine places off the main roster at the time.

This unprecedented success has shone the spotlight on some of their key players and gained them worldwide attention. As we have seen already, MOUZ are not afraid to promote their academy stars; players like Jon “JDC” de Castro, Dorian “xertioN” Berman, leader Kamil “siuhy” Szkaradek as well as newcomer Miłosz “mhL” Knasiak will be eagerly waiting for their opportunities in the main team.

This worldwide attention was further showcased in the HLTV Top Players list of 2021, where pro players make a “Bold Prediction” regarding breakout stars for the next year. FaZe duo Russel “Twistzz” Van Dulken and Helvijs “broky” Saukants both selected up-and-coming Israeli rifler xertioN stating “he also deserves the upgrade to the main MOUZ team” and that they “believe he can reach the top-level”.

The generational talents MOUZ seemingly have in their possession through their academy team almost guarantee their success going into the future. Before all roster moves were confirmed, according to a report produced by 1pv.fr, the consensus was that Lithuanian Aurimas “Bymas” Pipiras would also be departing the MOUZ roster and was set to be replaced by JDC. Despite Aurimas later posting to Twitter “I stay”, it just goes to show how much talent the MOUZ organisation has at their disposal, and that no player’s position on the main roster will ever be guaranteed with young and incredibly talented NXT players breathing down their necks.

When Olof "olofmeister" Kajbjer stepped down from FaZe in late May of 2020, Bymas received his first big opportunity. The 16-year-old was a member of the European squad until the player break in July, earning a 0.93 rating as part of the lineup that finished third at DreamHack Masters Spring and BLAST Premier Spring Europe Finals before finishing 11th at cs summit 6. 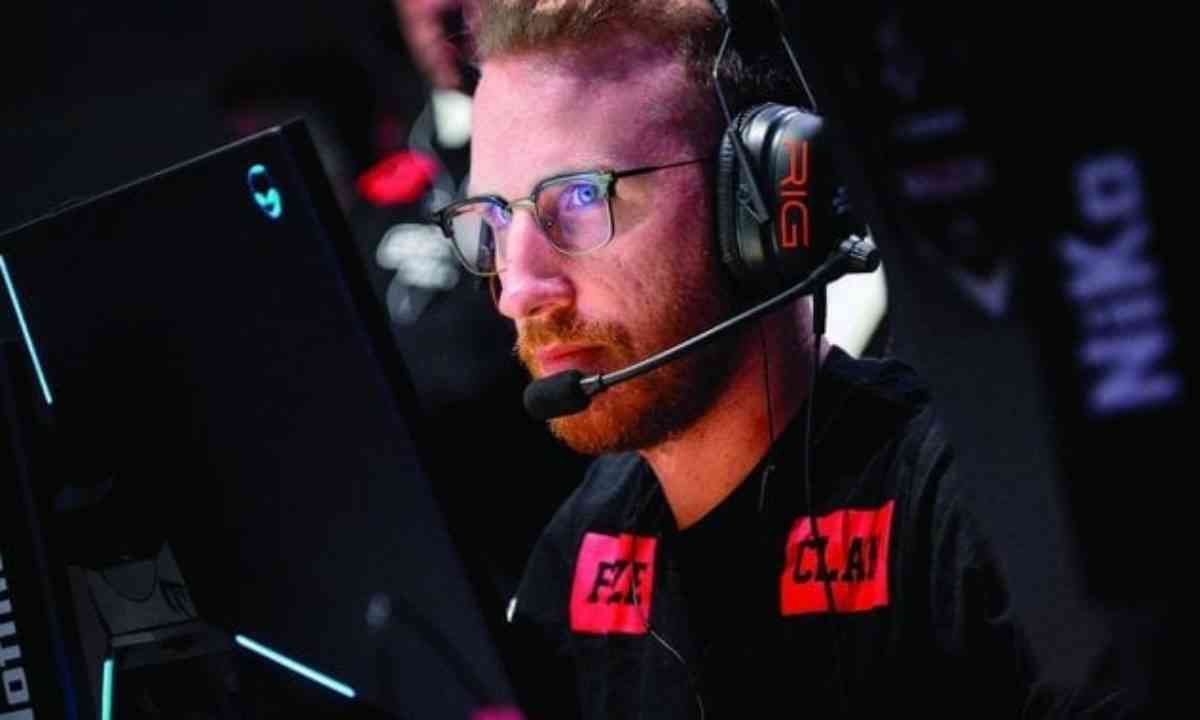 Due to MOUZ's hardships during the online era caused by the pandemic, they looked to expand their roster, bringing on the young Lithuanian, but he has since then struggled to prove himself. His poor performances have left fans wondering if he's going to be replaced by MOUZ NXT's player JDC. Should he fail to improve upon his performance, MOUZ might be left with no other choice.

David "frozen" Čerňanský began his Counter-Strike career at the age of 13, making him the youngest player in Slovakia to ever join a professional team. He was considered a Counter-Strike prodigy on a global scale. In March of 2019, he joined the MOUZ Main CS:GO team. The young Slovak has lived up to his reputation as one of the most promising players of his time, having a well-above-average rating and winning the third season of Flashpoint as well as securing the MVP of that event. The youngster has proven himself to be a world star among legends, and he still has potential that is yet to be fully discovered.

It is no secret that ⁠dexter’s foray into European Counter-Strike has been met with a lot of challenges and replacing legendary leader karrigan was always going to be incredibly difficult. It hasn’t gone perfectly but there have been some glimpses of brilliance with their triumph at Flashpoint 3 early last year. The Australian leader still has room for improvement; but with the aid of an experienced player like NBK- and a coach like ⁠sycrone⁠ anything is possible. Those three members will be vital in nurturing newcomer torzsi and furthering the development of retained players Bymas and frozen.

Assuming all goes to plan, we believe this team has a bright future ahead of them. frozen has already proven himself as a generational talent capable of going head-to-head with the giants of world Counter-Strike and we think the other two are capable with the support system MOUZ have in place. No matter the success of this specific MOUZ lineup, the success of MOUZ lies in their NXT roster where they will be producing talent for generations and therefore be spoiled for choice when building new rosters in the future.

MOUZ NXT, for us at least, is why MOUZ are going to remain at the upper end of Counter-Strike’s elite for many years to come.