Five hundred and twelve teams participated in the open qualifying phase of the 2023 VCT North America Challengers Split 1 competition. It is the latest of many opportunities offered to players looking to make the highest levels of competitive Valorant.

Among the list of prospective teams are those based in the Game Changers circuit. Similar to how Cloud9 White fared in past open qualifying tournaments as a way to strengthen themselves by facing male opponents, these batch of teams tried their hand at reaching Challengers themselves, where the best eventually attain a spot in the VCT Americas League for 2024 at the season’s end.

Here’s a list of the most distinguished GC teams that took part in the NA Challengers Split 1 open qualifying tournament. 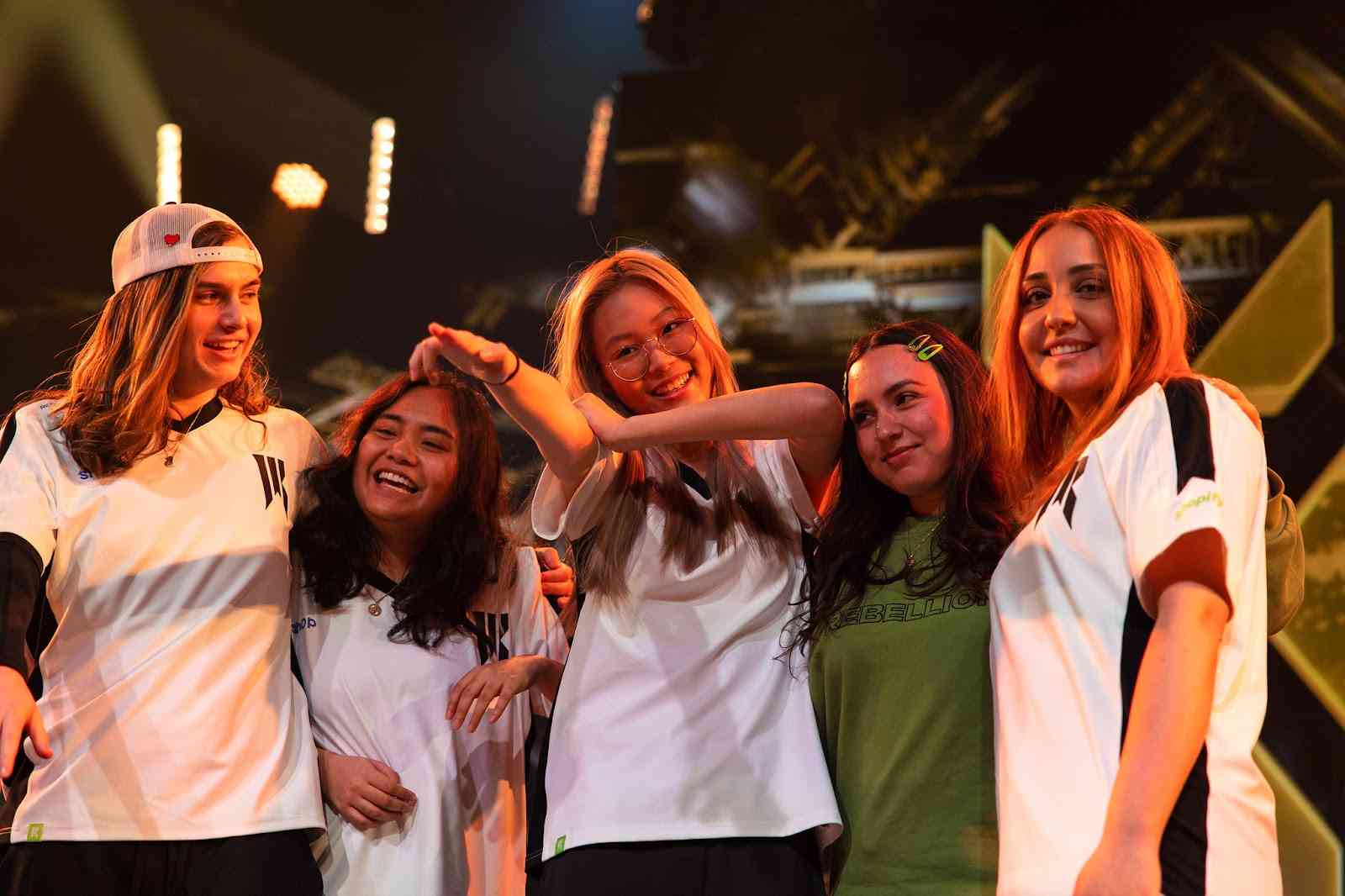 The runners-up from the GC Championship returned to compete in the NA Challengers Last Chance Qualifier after a two-month wait. Sporting the same lineup since June, when the team brought in Benita “bENITA” Novshadian to replace Vannesa “panini” Emory, the team opened their campaign with a 2-0 drubbing of Extro, in which the second map ended in a 13-0 finish in their favor.

Unfortunately, SR GC’s run ended just as soon as it began with a 1-2 defeat to GenZ in the round of 128. Despite an opening 13-6 victory in Breeze, the team couldn’t continue their momentum in Fracture as a 2-13 result signaled a third and decisive map, this time in Haven, where they famously beat C9W in the lower bracket third round in the GC Championship. Kayla “flowerful” Horton dominated as her 1.42 VLR rating, 347 ACS, 31/15/2 KDA, and 219 ADR were the highest among both teams, but that alone wasn’t enough to lift SR to the next round as they ultimately lost 13-11, ending their participation after just two series. 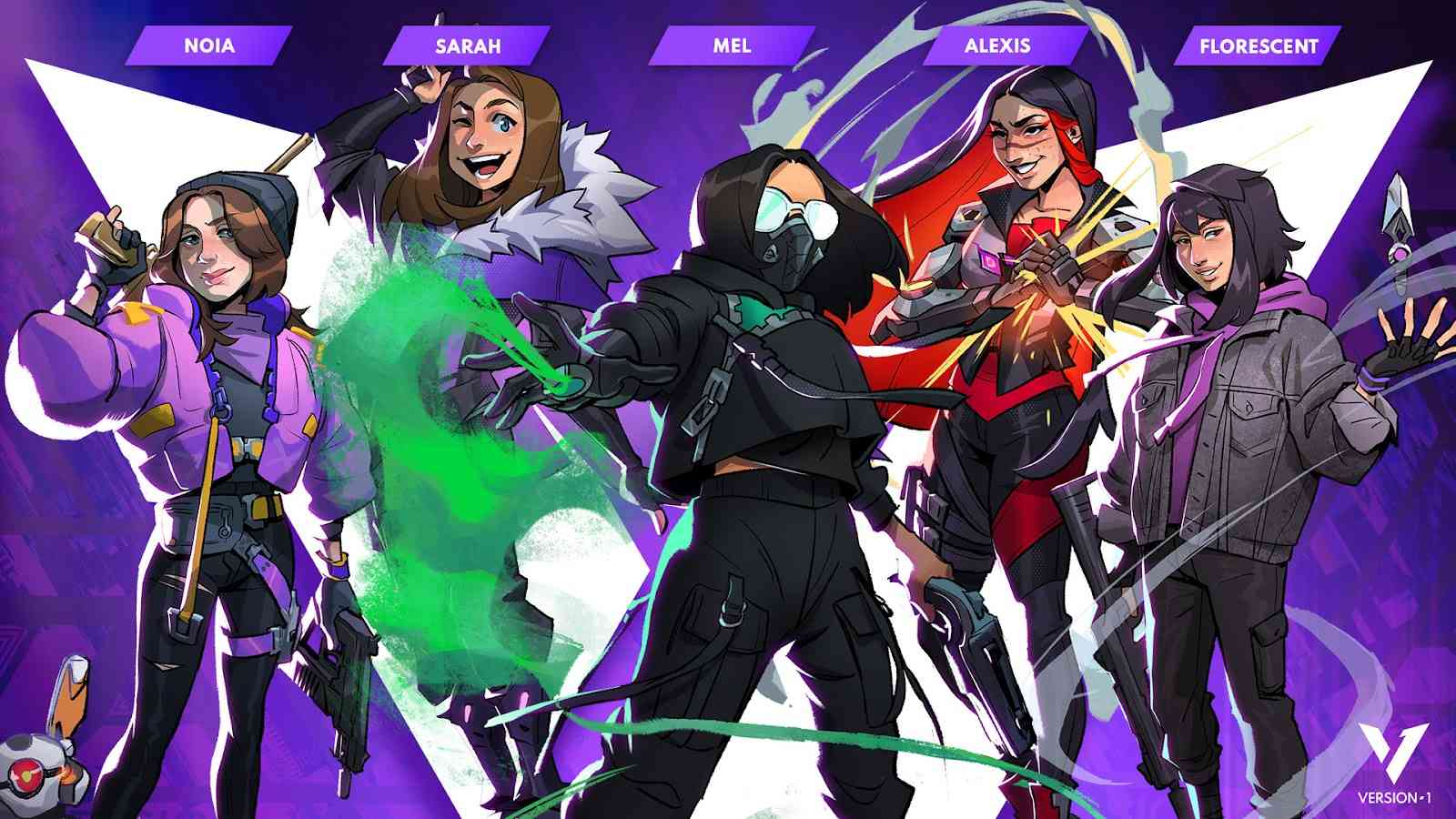 The roster for Version 1 appear as illustrated characters

On the same day the NA Challengers open qualifiers were set to begin, Version1 announced a new team to take part in the event–and it turned many heads once it became official. Not only did V1 sign two of C9W’s former players in Melanie “meL” Capone and Alexis “alexis” Guarrasi, but they also brought in ex-Immortals player Sarah “sarah” Simpson, Nicole “Noia” Tierce, who last played for XSET Purple, and Ava “florescent” Eugene, who previously played for Misfits Black and is seen as one of the brightest talents in the region.

With all these players on board, V1 ran through their bracket in the first open qualifier, beating BHOP Esports, Ugly Hamsters, and the Bob “Bob” Tran and Katja “katsumi” Pfahnl-led riribunobsumi to reach the round of 32, where a double-elimination bracket would kick in. Alas, with consecutive losses to NSIC and Rat Attack, both of whom featured former VCT players in their own right, V1 was eliminated by Day 1 of the second phase.

Nevertheless, V1 tried again one week later for the LCQ where they again started well by defeating two college teams in TAMU White and CPP Bronco Esports White. However, V1 dropped their round of 64 series to Team 4D 2-0, which featured them losing in Pearl in overtime despite being 11-8 down beforehand.

Though V1 ultimately didn’t snag a spot in NA Challengers, thanks to their performance in these qualifiers, they’ll definitely be a team to be feared once the GC circuit comes online again. 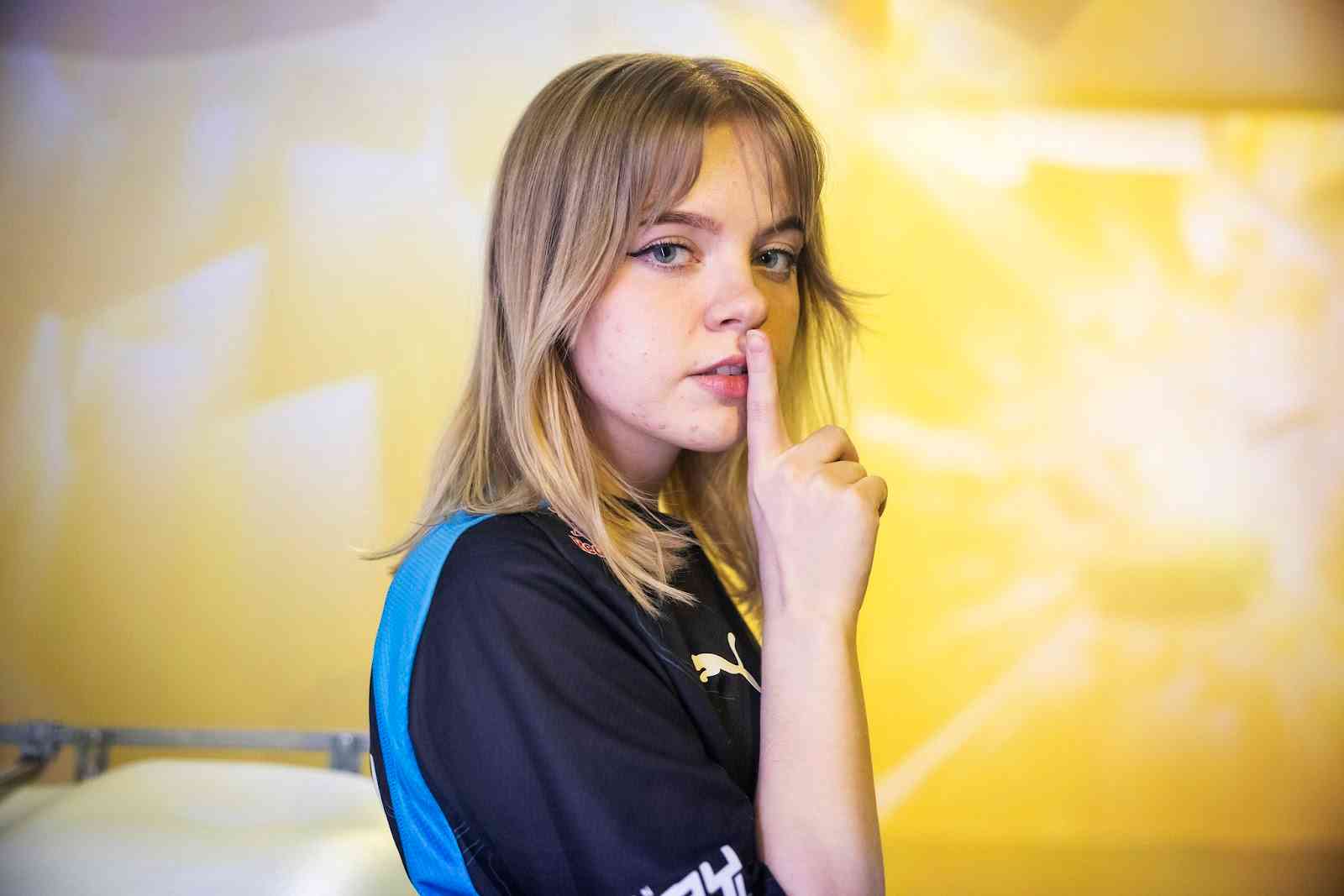 Who doesn’t love watching a random stack make plenty of noise in an event like this? Certainly not North America, that’s for sure. Riribunobsumi was born prior to the qualifiers with former C9W teammates Bob and katsumi renewing ties to form a new team. They would soon have on board former CLG Red member Melanie “rise” Tetreault, former XSET Purple duelist bunnybee, and Aiko. Together, they would go on to engineer deep runs in both sections of NA Challengers qualifying.

Bolstered by the handiwork of Bob and katsumi, who were third and fifth overall in total kills in the first three rounds of open qualifiers #1, the team stormed through their matches before setting up a date with Version1, which featured their former C9W sistren meL and alexis. In a match-packed high-stakes and anticipation, the two teams delivered in kind with a gripping final map that saw rirbunobsumi lose an 11-6 lead by dropping six straight rounds before forcing overtime themselves. After a trade of rounds, it was V1 who came out on top, thus eliminating riribunobsumi from NA Challengers contention.

In the LCQ, the team’s fortune changed for the better as they made the round of 32 by beating Team Fish Taco, becoming only the second GC lineup to reach that stage. And it was there where the team was poised to progress to the round of 16 having built early leads in both maps (9-3 in Icebox and 10-5 in Breeze) against Rat Attack, who was notably two series wins away from qualifying to Challengers the week prior.

Sadly, riribunobsumi squandered both of their chances through a tumultuous second half that saw them drop 8+ consecutive rounds on each occasion, sentencing them to the lower bracket as a result. The team then butted heads with Reckaroo in their next series and although they opened the frame with a 13-5 loss in Breeze, they overcame adversity by outlasting their opponents 14-12 on Haven. Everything had to be decided in Icebox which eventually favored Reckaroo’s direction by a 13-5 score, a disappointing conclusion to what looked to be a promising run for the team.

Regardless of the fact, the team should keep their heads high as they showed the rest of NA what a GC team is capable of, competing with impressive rosters and all.

While it is true Complexity GX3 hasn’t enjoyed the best of times in the GC circuit for the most part, that hasn’t stopped the team from retooling itself for a better chance to win. That subsequently led to the signing of former C9W member Jasmine "Jazzyk1ns" Manankil and ex-Immortals player rayse for NA Challengers qualifying.

Rounding out the team with Claudia “clawdia” Che, Lacey “akaL4CE” Dilworth, and Katherine “Karra” Lee, GX3 commenced their first-ever appearance in a VCT Challengers open qualifying event with a win over Royalty Forgotten. They then matched up with “I love valorant” losing in straight sets in the round of 128.

It’s a rough way to go for any team to endure, but there can be takeaways for GX3 to consider, such as building experience and camaraderie before GC ramps up again. In that sense, not all was lost in NA Challengers qualifying, right?

With all the craze surrounding SR GC, V1, and riribunobsumi, it’s easy to forget about other teams such as Misfits Black, who was close to beating SR in the lower bracket finals at the GC NA Series III tournament.

Their third-place finish happened on top of victories in the Super Girl Gamer Pro - Summer 2022 Championship and Sakura Cup #9, so the team wasn’t a pushover by the slightest. Even after they parted ways with florescent in favor edith, the sentiment remained. In the words of the famed basketball star and esteemed academic J.R. Smith, they still “got a f***ing squad now”.

With the rest of the lineup intact, it was time to roll…for eight matches in total. The team lost their first-round series to Hitmen 2-1 in Open Qualifier #1 despite a series-high 1.16 VLR rating, 249 ACS, and 56/47/18 KDA showing by edith. Misfits Black would run it back for the LCQ where they did win their first-round match over Vortex 2-0, but a 2-1 loss to Bamboo Boys Clan in the ensuing round finished their encore run before the team reached crossing the third hurdle.

Four GC teams in total entered NA Challengers qualifying without being represented by an org and Sanri-O’s was one of them. Since forming in the summer of 2022, the team has notched impressive results such as a Sakura Cup semifinal run, a GC NA Series appearance, and a GC NA Academy title. Impressive as it is for a team to do so without the support of an org, it’s especially astounding when one considers the multiple roster moves it has seen throughout its existence.

Since Sakura Cup #8, when IGL Claudia “fairy” Gasienica departed to form and play with another team for the occasion, the team oversaw replacements initially for just the smokes position and then to the rest of the lineup once she returned. The result is a roster carousel that has a new batch of players join before each tournament. That explains why, when NA Challengers play officially began, Sanri-O’s had a lineup including flex Tiraye “Tiraye” Knox, sentinel happy, initiator KIS, and duelist boredom, all of whom weren’t with the lineup that competed in NA Series II back in July save for fairy.

As far as how their qualifying bid transpired, they opened with a quick 2-0 win over Los Chicos de Coby off a 1.53 VLR rating, 260 ACS, and 32/17/13 KDA performance by KIS. Enlivening as it was to win in resounding fashion, Sanri-O’s were promptly brought back to Earth once they faced Legion, losing 2-0, ending their run in the round of 128.

Whereas a good chunk of GC teams opted to retry their NA Challengers journey, Sanri-O’s opted out of the LCQ, choosing to change their lineup yet again for another event, their endless roster carousel spinning unabated.

Even so, considering the team’s history and relative success in light of these constant changes, Sanri-O’s will continue to be a team to look out for within the general NA GC scene.