TheRock7: “I want to reach the LEC and I'll work hard every day to achieve that. That’s why I left the casting table” 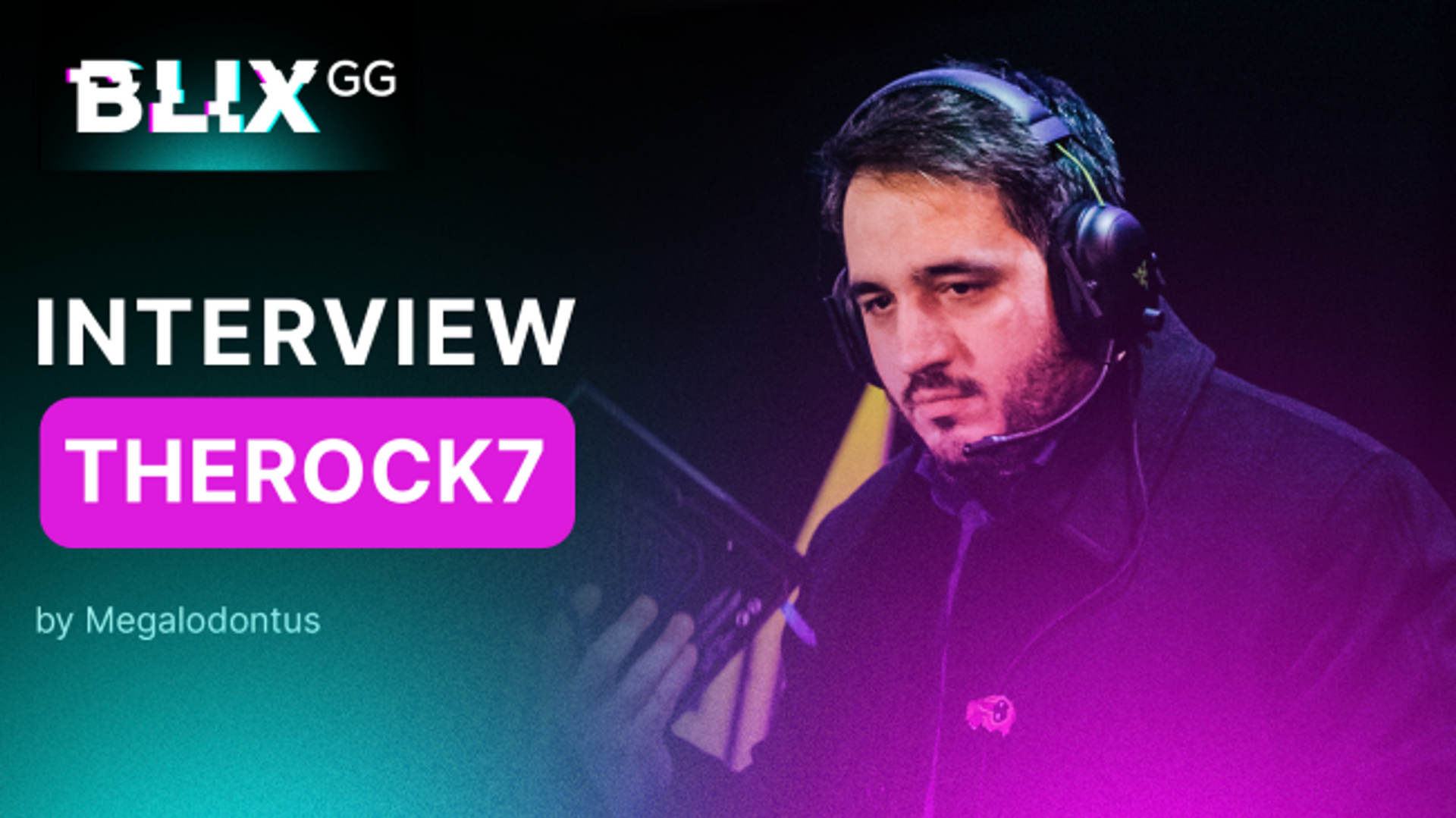 Team Phantasma, the current champions of the Greek Legends League (GLL), are currently competing in the EU Masters 2022 spring main event. While they are 0-3, they’ve been the underdogs in a group with names like Karmine Corp, X7 Esports and GamerLegion.

Their coach Vasilis "TheRock7" Voltis has had an interesting journey so far. From being one of the most recognisable casters in the GLL turned coach, he won the GLL in his first season coaching. He took time off to speak to BLIX.GG about his transition to coaching, brief thoughts on the EU Masters and GLL players you should keep an eye on.

Thank you for doing this interview with us. You were a big name in the GLL as a caster and now you’ve transitioned to being a coach and won the GLL in your first season. Belated congratulations on that! What’s the experience been like for you so far?

TheRock7: It’s been a wonderful experience till now and it’s like a dream come true. It’s given me more motivation and love for the game since I became a coach. I like everything about coaching: the scrims, the daily routine of reviewing games with players, searching for games and creating presentations for the team. Every single day I'm trying to learn more and more and pushing myself to be better.

Did you have any experience coaching prior to making the switch and were there any transferable skills from casting to coaching?

TheRock7: Yes, I do. I was doing individual coaching with some pro players before the switch and I gained experience through my daily research. I really believed I worked more as a coach than as a caster throughout my casting career.

The biggest part I managed to transfer from casting was the game review part. I did a lot of reviews on a daily basis for myself to learn why the teams play like like they do, where the mistakes are and what they should have done. I was doing well there so that part helped me be a lot more confident in my skills!

What were some of the biggest challenges you had to overcome this season with Team Phantasma as your first season as coach?

TheRock7: The biggest and the toughest challenge was the personality management. You have to communicate with five different people who have different perspectives of the game and different habits in game and of the game. You must have the patience to overcome some situations and manage potentially volatile situations throughout the season. Every single situation was a new lesson for me so overal I would take that as a win!

You’ve been invited back as a guest caster this season, what are your long term goals looking like? Will you be pursuing coaching from now on or will you return back to casting eventually?

TheRock7: My long term goal and my dream is to go as far as I can as a coach. I want to reach the LEC and I'll work hard every day to achieve that. That’s why I left the casting table, to pursue my goal of reaching the LEC as a coach.

I do miss casting but I don't have any plans to go back to it for now. If possible, I still would like to appear as a guest caster from time to time.

Onto the EU Masters. You made EU Masters in your first season as coach and now that round 1 of groups is over, what are your thoughts on your teams performances so far and being able to play here?

TheRock7: I love the effort we’ve put in to make it here. I'm so supportive of my team and I have seen them having a lot of good performances in scrims versus extremely good teams. We have done so much practice but it seems we weren’t fully ready for EUM during the first week of play. We were anxious and we didn’t manage to reach our optimal level of play. I really hope round 2 will go better!

I strongly believe that if we were playing like a month ago, we should have won at least one of our games. However, we’re gaining valuable experience for the future. That’s the only good part for us right now, I would say.

Which teams have really surprised you the most so far and what do you think about the level of play overall in EUM so far?

TheRock7: I do believe that’s the most competitive EUM that we have ever seen. There are some high level of League of Legends being displayed from most of the teams this spring with some amazing players too.

Before the start of the EUM, I was watching all the ERLs. LDLC OL, Fnatic TQ and Karmine Corp have surprised me for different reasons. KCorp for their aggression, Fnatic for how one winning skirmish can snowball and transition the lead to taking the whole game, and LDLC with their stability and how can close a game out of nowhere. It’s amazing how many good teams we have for this edition of EUM!

While there have been very low expectations in general for Team Phantasma from the general audience, what are your personal expectations and goals for this tournament?

TheRock7: Well, I wanted to reach the knockouts but that’s very likely not happening, unfortunately. I would like to win two games in our group to close out our campaign and be more competitive next time around!

Before we end, the last time we did an interview together, I asked you to highlight upcoming GLL talent. Which players from the GLL do you think people should be keeping an eye on?

TheRock7: I have four names. Vladimiros "Vladi" Kourtidis the “baby Vetheo” of Greece. He’s got all the talent in the world! He just needs to be committed and dedicated for the next three years.

Panagiotis "JaxPlank" Tantis is the “baby Cabochard” of Greece. He already shown us some good performances at EUM level and I would like to see him grow and be more stable next year!

Stavros "Vaynedeta" Giannoulakis is the “baby Uzi” of Greece and he has no limits. He has to be super consistent next year and we could see him play in the bigger ERLs for sure.

Last but not last, Petros "Peppe" Berdebes is most likely “baby LIDER”. He’s got a unique playstyle with many assassins picks such as Akali and Sylas. If he focuses more, we could see him dominating EUM level teams in the future.

TheRock7: Shoutout to all my agorines! I have a special bond with my community, I love them and they’re so supportive. I keep pushing hard because of them. Shoutout to TonyB, the best shoutcaster in Greece.

Shoutout to my girlfriend who sometimes doesn’t get to see me sometimes because I’m 24/7 around LoL oriented stuff. Finallym shoutout to my best friend in the world of League of Legends, the biggest TSM fan who helped me two years ago to become the coach I am today and to be able to chase my dreams.