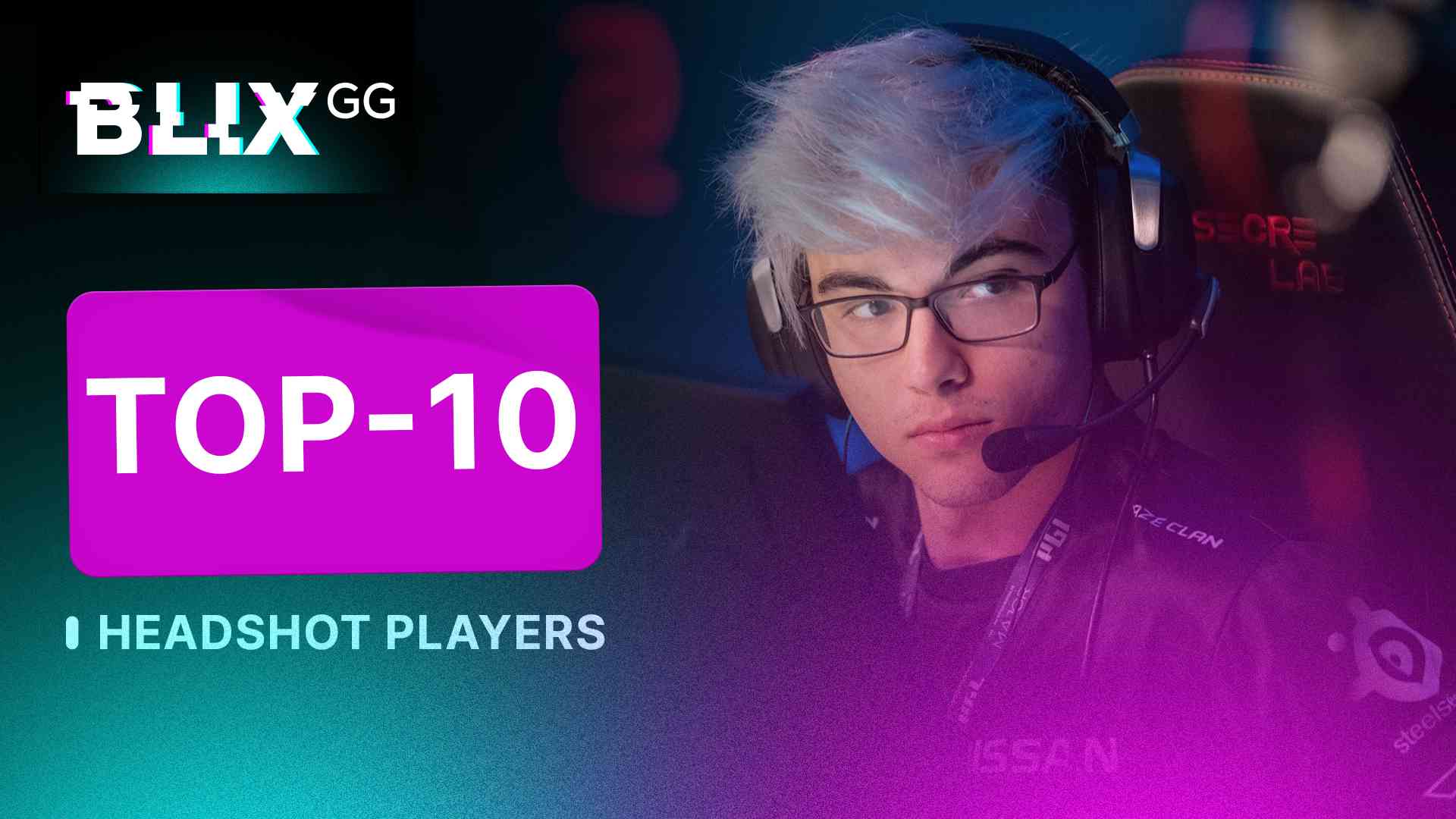 Headshots are the most satisfying shots in FPS games and CS:GO is no different. The art of popping heads constantly requires an artist with raw aim; A perfect crosshair placement and the right timing to hit the left click mouse button.

Players tend to aim for the head not only for the beauty of it But simply because it’s the fastest way to kill your enemies as it does most damage with all different weapons.

Throughout the years, The game gifted us some insane players that mastered this art and made ‘Headshots’ their household name.

In 2021 whether online or on Lan professional players kept hitting their headshots and here are the top 10 players with the highest headshot percentage.

Qikert alongside his teammates had a decent year coming first in Pinnacle Fall Series 1 and a top 5-8 place in most events.

Known for his good anchoring, The CIS star managed to have a positive rating this year and showed his ability in hitting headshots with a total of 1582 HS kills and 57.3% granting him a spot in the top 10 this year.

The Finnish player joined Ence back in May 2020 in hopes of getting the team on the right track. Despite the team’s inconsistency and doto’s ratings, He had a good headshot percentage of 57.5%.

The 18-year-old young gun and Team Spirit was a force to reckon with when they had a great start this year with impressive performance and results.

The entry fragger showed what he’s capable of and had 1428 headshot kills with a percentage of 58.3% keeping his headshots consistent over the last few years.

The last remaining member of FaZe Clan’s original team is known for his insane aim and it’s no surprise him being on this list.

The Norwegian superstar had a 59.0% headshot percentage with 1474 HS kills remaining one of FaZe Clan’s pillars and one of the best aimers.

Yekindar showed the entire CS:GO scene his amazing skills and how crisp his aim is.

With a consistent rating throughout the year, The Latvian had a 61.2% headshots making his way among the best in his early years.

It was a big year for ‘jabbi’ and Copenhagen Flames as they made their first appearance in a Major. Despite the early elimination, it was a big achievement for him.

Jakob with 61.3% headshots respectfully earned himself a spot in the top 5 of this year as more is expected in the upcoming years at such a young age.

It was a sad end of the year for SANJI after getting replaced right before the PGL Major by Virtus Pro, The move caused a lot of talk on social media and he received huge support from the entire community. Despite the low ratings, SANJI had a high headshots percentage with 62.2%.

His future is still unclear as nothing was announced yet but hopefully, he’d find a new team that he can shine in.

The French superstar had a blast this year and G2 made it a year to remember with multiple achievements, Finishing 2nd at the PGL Major & IEM Cologne 2021 with other good results on several tournaments.

The 29 year old didn’t only have headshots but he had an impact and a big role helping G2 achieve so much this year.

The first thing you’d think when you hear the name Twistzz is an insane aim and crispy taps,

Russel is considered by many as one of the best aimers in the game.

Since his early days in Team Liquid back in 2017, Twistzz made a name for himself and till today some fans call him the new headshot machine.

With 64.4% headshots Twistzz keeps on showing what he’s capable of and proving that he’s someone to look up to.

Remember when I said Twistzz might be the new headshot machine? Well, with B1T on the scene it might be a bit more complicated.

He won with a convincing performance and showed everybody his ability despite being young, granting him the ‘Rookie of the year’ Esports Award.

The young prodigy topped the list with 67.3% headshots competing with none other than the ‘Headshot Machine’ himself SceaM.

There’s no doubt that the next years of this player would be interesting as he battles his way up among the best.

Headshots might not be a necessity for a player, But it remains a beautiful skill that captures fans’ attention as a headshot kill is nothing but satisfying.

This year’s list showed that many young prodigies are mastering this art, making a bright future for themselves.

It’s only good to say that 2021 with everything in it was a beautiful year for CS:GO AND we’re grateful for it. More importantly after so long we had the crowd back on stage and they saved no energy cheering for their favorite team giving goosebumps to fans all around the world.

A beautiful talent for beautiful fans for a beautiful game that we call home.