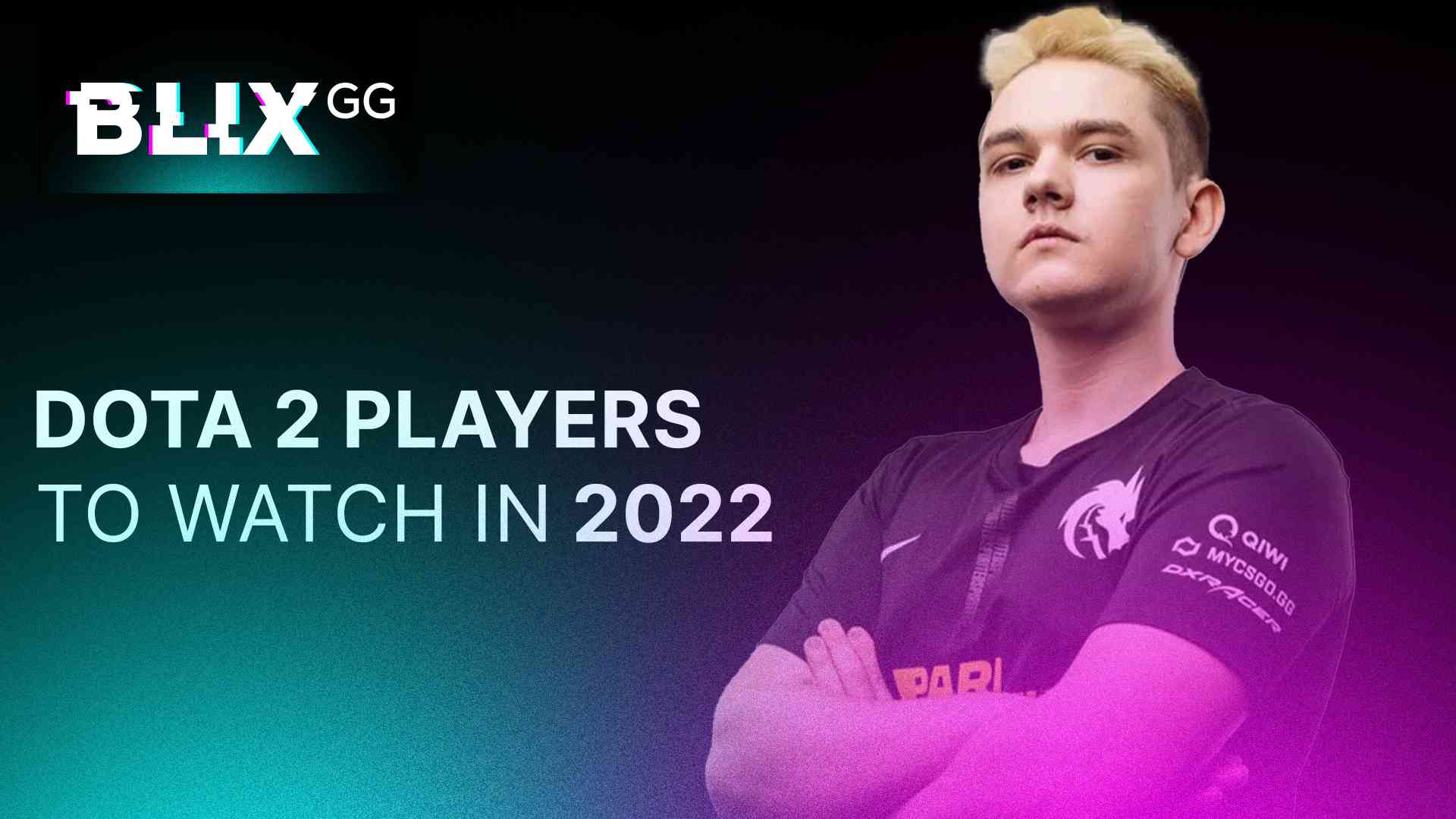 Despite the fact that 2020 wasn’t the best year for Dota, 2021 managed to turn things around. Allowing us to experience the most prestigious tournament in Dota 2 —The International.

While the event was postponed due to the global pandemic, the best teams and players in the world gathered in Romania and gave everything they had.

In the end, Team Spirit rose above the rest winning the event and giving the CIS/EEU region its first trophy in many years.

Besides TI, there were a couple of other interesting events that we had the chance to watch in 2021. Each one had its share of stars, some of which will most likely continue to shine in 2022. With that being said, here’s some of the Dota 2 players we should all keep an eye on in 2022.

Of course, the first person that comes to mind is Illya "Yatoro" Mulyarchuk. Team Spirit’s carry player who made a name for himself as one of the best in the world during TI, despite not having as much experience as other top-tier carries.

One of the many things that makes Yatoro stand out is his incredible pool of heroes. Unlike other top-tier players, he can play numerous Dota 2 heroes at a world-class level, which makes TS one of the most unpredictable teams.

In addition to his skills and hero pool, Yatoro has the record for the most rampages at TI. He also played 14 heroes in 20 matches, yet another thing that makes him stand out from the rest. Plus, he’s a pub superstar; reaching 12,000 MMR in November of 2021.

It’ll be exciting to keep track of his performance throughout 2022. Team Spirit doesn’t seem to be affected by the TI curse yet, as they’re continuing to dominate the pro Dota 2 scene.

The second player that deserves a place on this list is Bozhidar "bzm" Bogdanov; one of the newest stars in Dota 2 who was invited to play in the new OG roster.

The 16-year-old mid laner made a name for himself in pubs. He was also a part of popular Tier 2 Dota team, Creepwave, for several months. Following TI 10 and OG’s decision to start with a fresh roster, the Bulgarian prodigy got an irresistible opportunity to take the mid lane and represent one of the best teams in the world.

Even though the European powerhouse’s roster is yet to show its prowess, bzm is definitely one of the players that other pros should be looking out for.

While we’re on the topic of OG, the next player that deserves to be on this list is Artem "Yuragi" Golubiev. This carry player is often regarded as OG’s best player. Especially when he gets the chance to play some of his favorite heroes like Templar Assassin.

Before becoming a part of OG, Yuragi was a part of Team Unique, where he also played a critical role. However, once he got the chance to play for the two times TI champions, he just couldn’t say no. Nowadays, he is among the best carry players in Europe, and together with bzm, they make a fantastic duo.

The next name on this list is none other than Lasse Aukusti "MATUMBAMAN" Urpalainen. Unlike the players we’ve mentioned so far, MATU has had a vital role in professional Dota 2 for several years. The Finnish star used to play for Team Liquid alongside players, such as KuroKy and Miracle-. After several roster changes, he became a part of Team Secret, where he achieved plenty of good results.

But the post-TI 10 roster shuffle saw MATU part ways with Secret, rejoining Team Liquid yet again. And it seems like it is working well for him — because he has been almost flawless. In fact, many Dota 2 fans consider MATUMBAMAN to be among the best players in the world.

Ame played exceptionally throughout TI 10, once again helping LGD reach the Grand Final. Despite the fact that the squad was unable to lift the trophy, the carry players shined in every game.

There aren’t that many players in SEA that can compete with the best western players, but if one of them stands out, it has to be Abed.

Abed Azel L. “Abed” Yusop made a name for himself a couple of years ago after playing for some of the best teams in the region. However, he decided to switch from SEA to NA, joining Evil Geniuses during their 2021 run.

Even though EG is yet to win a big international tournament, the team is consistent in its results. Sadly, it was unable to shine during TI 10, forcing the team to make a couple of changes. The good news is that Abed is still on the roster, which means he’ll have many other opportunities to shine.

The last player on our list that consistently impresses with his play is Sumail.

Syed Sumail "SumaiL" Hassan will always be regarded as one of the best mid laners in the game because of his dominant performance over the last couple of years. Sadly, he was unable to show his prowess in 2021, despite playing for the two times TI winners — OG.

After failing to live up to people’s expectations, OG made a severe roster change, which removed Sumail from the team. Despite that, he continues to be one of the most dangerous players in the world, which is why he’s one of the players to keep an eye on in 2022.