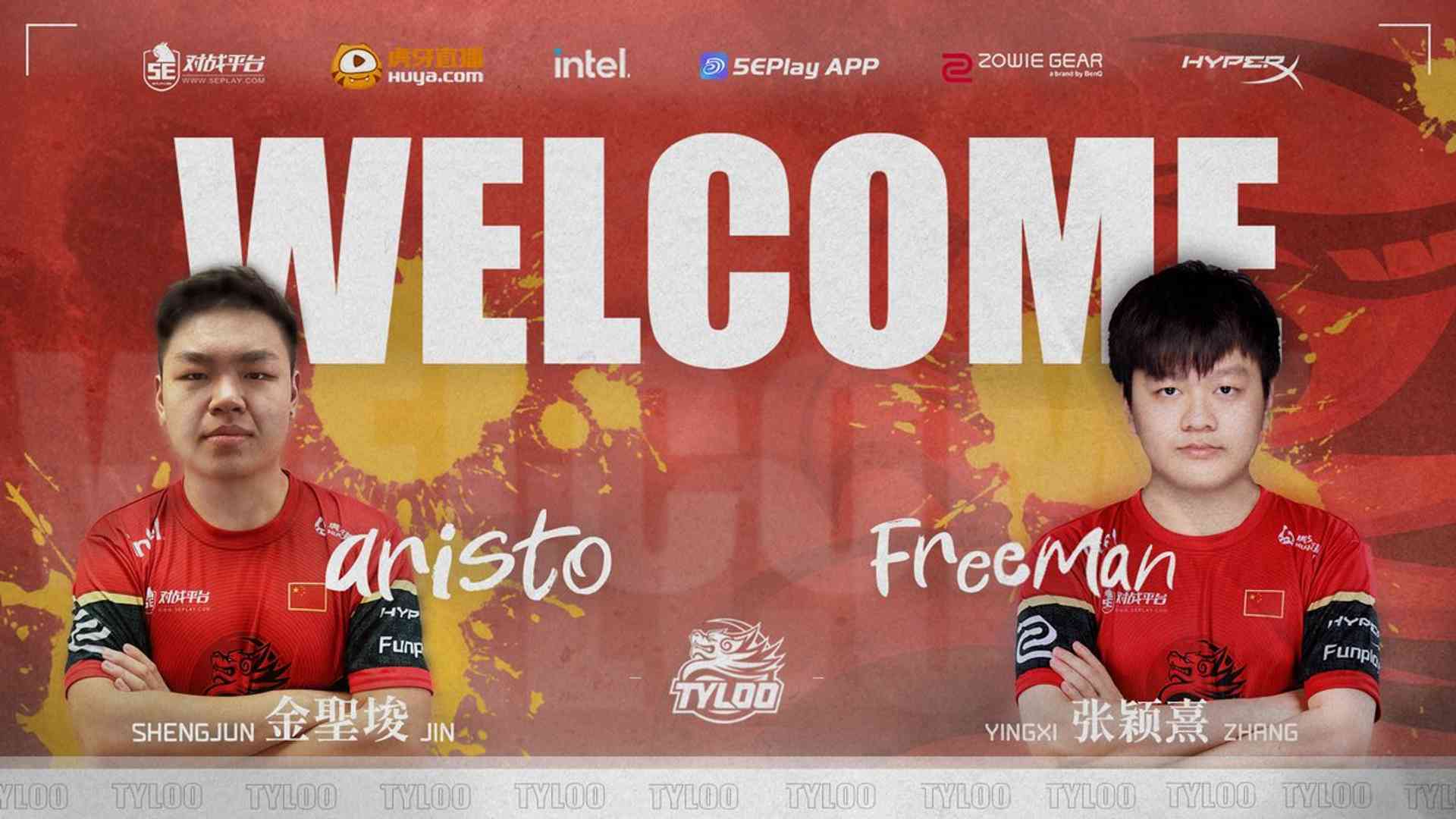 To make room for them, the organization fired Hansel "BnTeT" Ferdinand and moved Yuanzhang "Attacker" Sheng to the bench.

The rebuild of the roster followed after an unsuccessful performance at the qualifiers for the Asia RMR. TYLOO ranked fourth and missed the Major for the first time since 2016.

23-year-old Freeman earlier played for TYLOO from 2019 to 2021. 18-year-old aristo has experience of playing together with Freeman. In 2021, they performed together for NSN.