Valorant: top teams to watch in the 2023 VCT season

Despite being a relatively young game, Valorant’s esports scene has already given the community an inundation of memorable teams that painstakingly worked to become the absolute best at their peak. Similar to how the game fluctuates in its mechanics and ability sets in each patch, so too has the esports scene watched various teams usurp and fall off the championship throne.

Such great teams include Sentinels decimating their opponents during Masters: Reykjavik 2021, Gambit Esports and Acend each taking their own step to victory in Masters: Berlin and Champions of that same year, OpTic Gaming restoring North America’s superiority not long afterward in Masters: Reykjavik 2022, FunPlus Phoenix overcoming every obstacle that fell their way to triumph in Masters: Copenhagen a few months later, and LOUD earning Brazil’s first ever world championship in Turkey.

Every prospective team would like to see its own story of hardship and dedication end in the same way it did for its predecessors, but in the current competitive climate where a new partnered league format will be installed for the 2023 Valorant Champions Tour season, some are more poised to actually attain it.

With the offseason still ongoing and fans looking forward to 2023, here is our list of top teams to watch out for in the upcoming VCT tournament season. 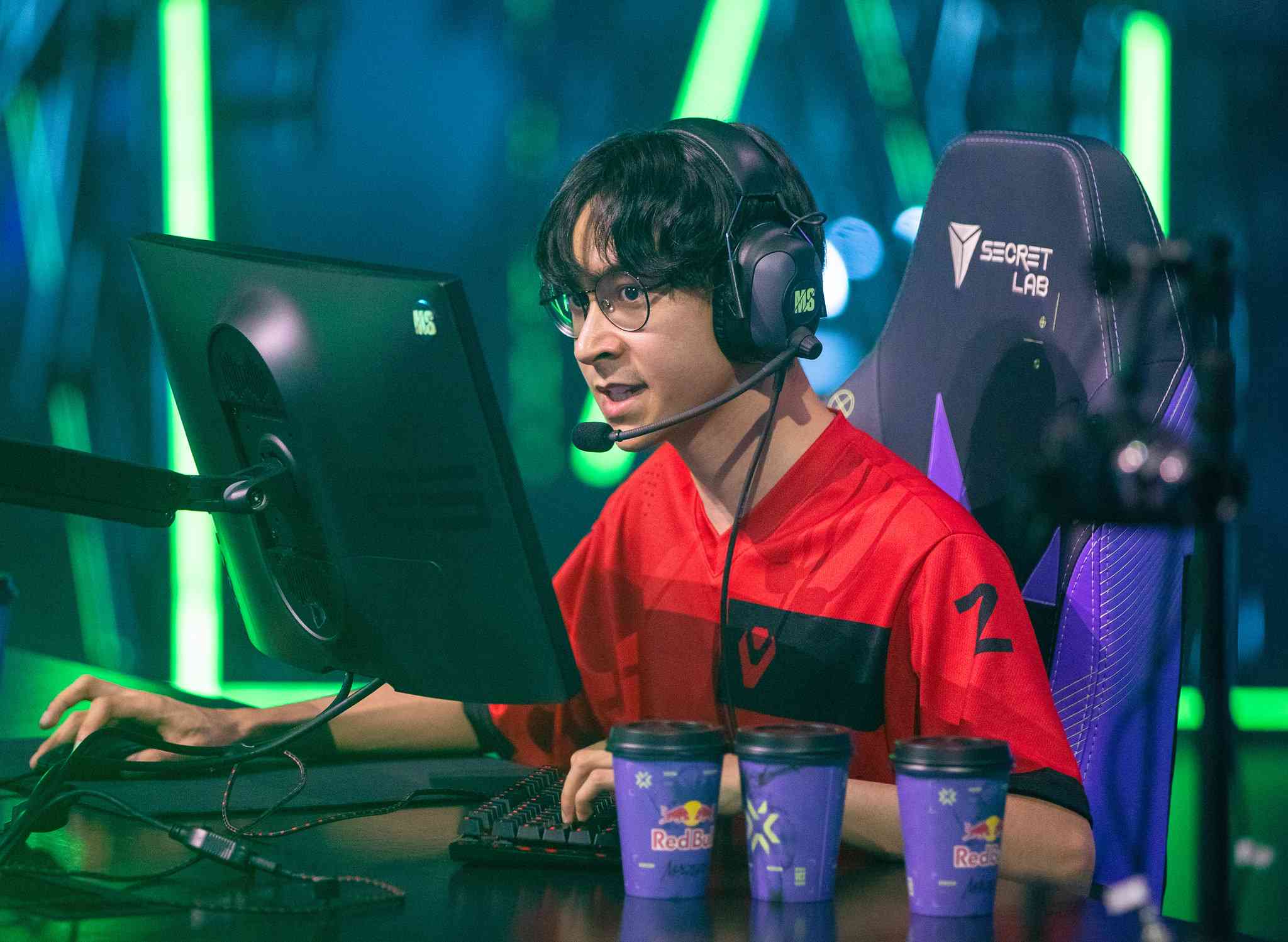 The scene’s most popular team returns with an emphatically reloaded roster after experiencing a forgettable 2022 season which saw them regularly place at the bottom of North American league play. It was a display that starkly contrasted their 2021 season where they won an international crown through an undefeated showing. Lest there is more to be said, SEN needed to reload should they want to recapture their glory.

And boy did they. On top of retaining star duelist TenZ and SicK, the team signed zekken and fellow veteran IGL dephh, setting a good foundation in the lineup. Not only that, SEN snagged Sacy and pANcada, two of the 2022 Valorant Champions winning LOUD squad as their next additions. All will be led by SykkoNT as their new head coach, who rose to prominence in his own right in the 2021 VCT season by leading XSET to consistent top placements in NA and a pair of appearances in Masters and Champions. Valorant’s quote-unquote most clouted team may be endowed with a new crop of equally popular and skilled players, but with a roster replete with endless experience and championship pedigree, it’s no wonder expectations over them are as high as it can be.

Despite boasting one of esports’ most recognizable names, when one looks at NRG’s results in Valorant, it had yet to reach the same level of success as it had in other titles. The team usually found themselves looking in from the outside all the while wishing they could compete in the VCT. Now, through their revamped lineup for 2023, they hope to finally break past that proverbial glass ceiling and compete with the big boys for regional and international dominance.

And why wouldn’t they aspire to such heights with the roster they put together. Joining s0m in NRG are three members of the famed OpTic Gaming squad that recently finished runner-up in Champions (Victor, crashies, and FNS). They are joined by ardiis, who shined with FunPlus Phoenix as their main Chamber player and thwifo as their sixth man after spending time with T1 for the better part of last season.

From being known as a relative pushover to becoming heralded as a promising team in a short span of time, NRG looks poised to be a top contender in the Americas. All they must do now, unlike in the past, is fully deliver. 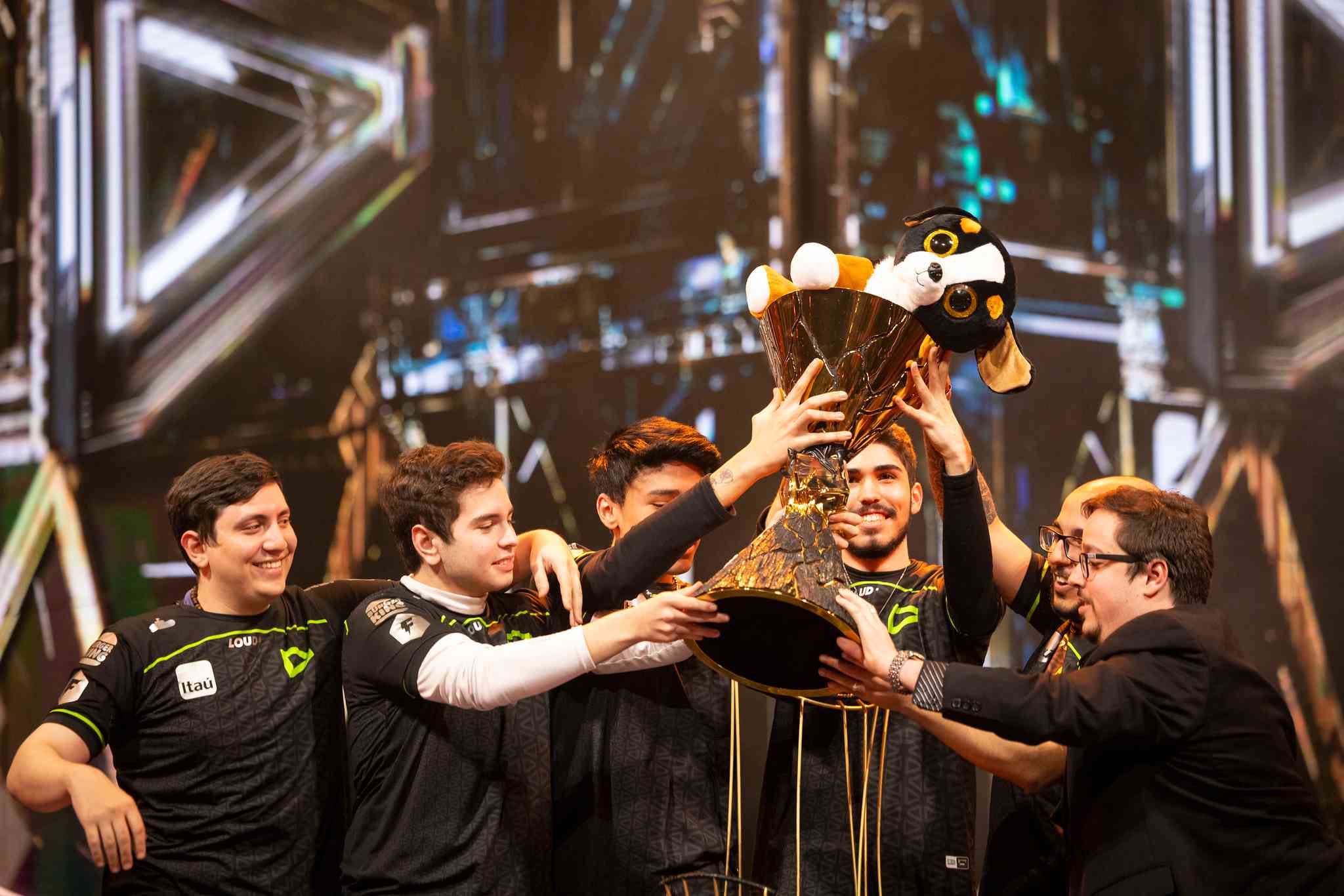 LOUD lift the trophy together after winning Valorant Champions 2022

What’s an overview of the scene’s top teams without including the reigning world champions? After much patience and diligence, LOUD won Valorant Champions off the back of an electric team that had the tenacity to stifle any kind of opposition that threw their way. Shortly after lifting the trophy in front of a raucous Istanbul crowd, there was the expectation LOUD would run it back and vie for a second straight world title, so it was then a surprise when LOUD announced Sacy, pANcada, and head coach bzKA would all leave for different teams for next season.

While the trio’s departure can certainly be seen as a cause of concern for LOUD’s championship defense aspirations, that alone shouldn’t dissuade them from continuing to ensure their place in the apex of competitive Valorant. After all, LOUD still consists of familiar names like Less, aspas, and saadhak. Furthermore, they are accompanied by two additional youngsters in cauanzin and tuyz, thus posting one of the youngest lineups in the Americas heading into next season.

Although the odds may be stacked against Brazil’s most cherished team on paper, looking at its history, LOUD is no stranger to being in this position. It was through such a state that they eventually emerged to be the world’s best at this past year’s end. Who’s to say they won’t do it again next season?

Throughout Na’Vi’s time in pro Valorant, their performance in the EMEA scene left much to be desired. Despite consistently reaching Challengers in each of the 2022 season’s two stages, they couldn’t best their adversaries to deliver neither regional victory nor international respectability. But with a clean slate thanks to being included in the EMEA-partnered league, Na’Vi has reloaded by enlisting the majority of the FPX roster that won Masters: Copenhagen and cNed, the famed Turkish player who won Champions 2021 with Acend as their leading duelist.

Such an assortment of talent for this team has prompted fans and analysts alike to regard them as one of the region’s best before any shot was fired. Considering cNed’s trademark explosiveness and the rest of the team’s stellar form they showed throughout 2022, should both manage to coexist to form a truly fluid team, it is only a matter of time before such prognostication becomes a reality. 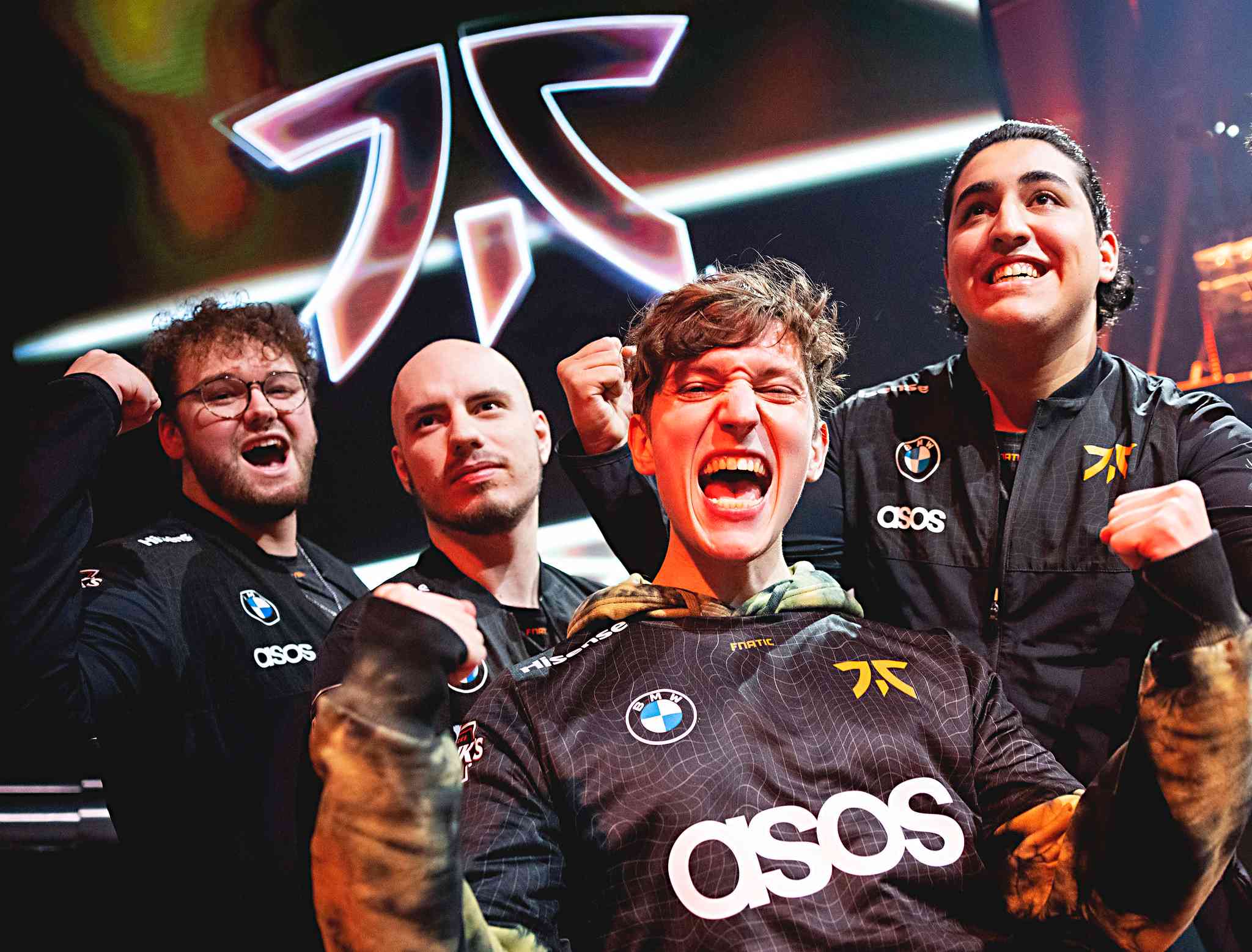 Fnatic cheer after taking a series during Valorant Champions 2022

Similar to the rest of EMEA, Fnatic made plenty of moves ahead of 2023 through a mixture of renewing familiar names and signing new talent. Leading Fnatic’s recent iteration are mainstays Boaster and Derke, both of whom have been present in all five of the team’s international VCT events.

They are accompanied by Alfajer, the Turkish duelist/sentinel player that joined in the summer of 2022 and stayed aboard amidst the offseason roster shuffle. For those that were acquired in the offseason, they include 19-year-old Leo from Guild Esports and Chronicle who last played for Gambit Esports and M3 Champions.

Despite consisting of young players and having an average age of 20.4 years, Fnatic already boasts a deep level of experience among its players, and with the new season bringing higher stakes than what teams were previously accustomed to, they look to be in the advantage against the rest of the region. One must certainly watch out for Fnatic once the VCT rolls around. 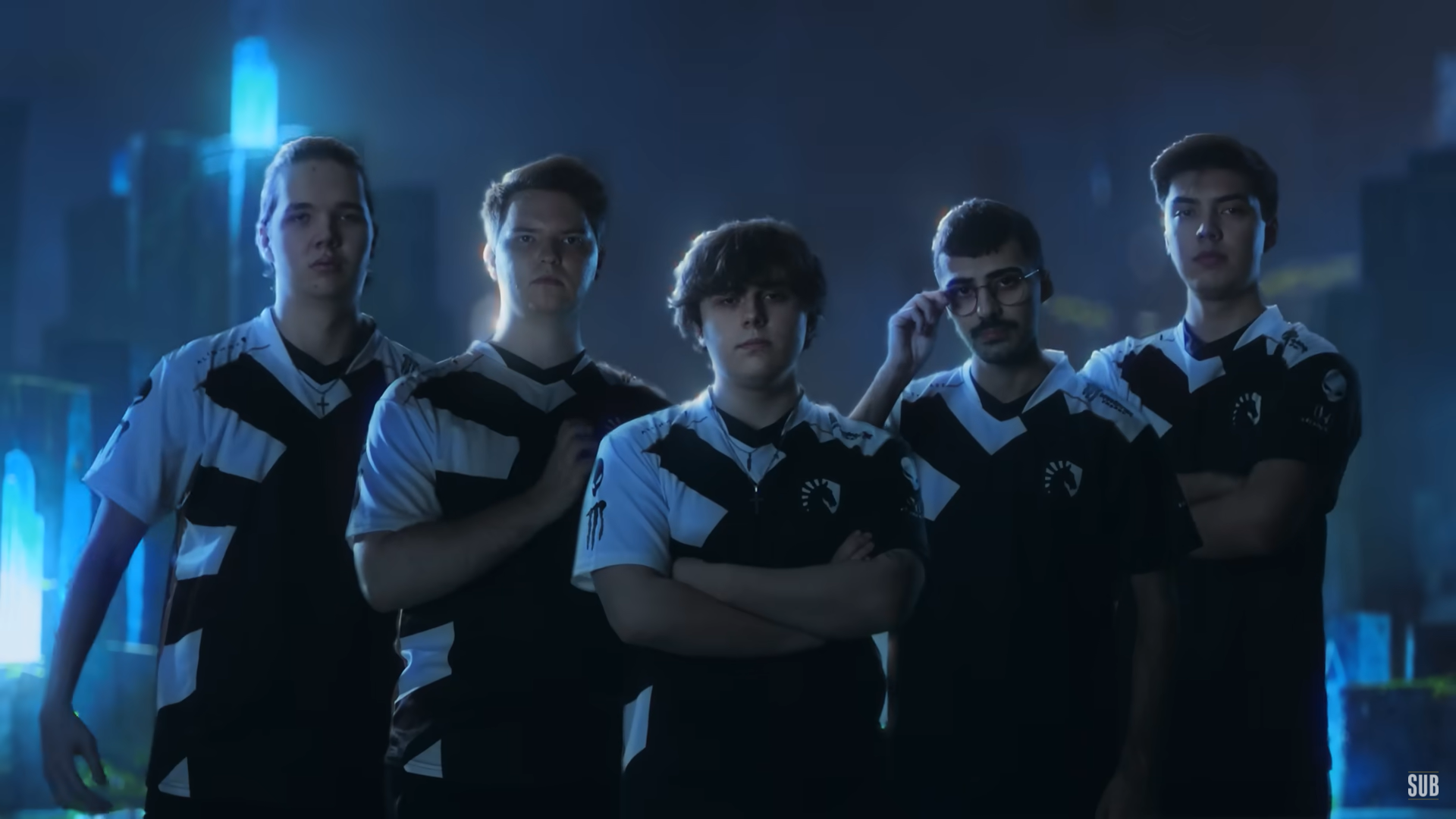 Similar to how Fnatic spent their offseason reloading their roster, Team Liquid signed a trio of recognizable names in their bid for 2023 EMEA supremacy. On top of returning with soulcas, Jamppi, and dimasick for next season, they enlisted the help of three capable players who can take over a given match in their own right.

They feature Sayf, Redgar, and nAts, completing yet another stacked lineup in what is an already a stacked region. What’s there to worry about over losing a one-tap master like ScreaM when you have Jamppi, Sayf, and the Rat King (otherwise known as nAts), taking his place in unison?

All this points towards a daunting gauntlet for any team to overcome, but it’s such that Team Liquid has the likelihood of fulfilling it. 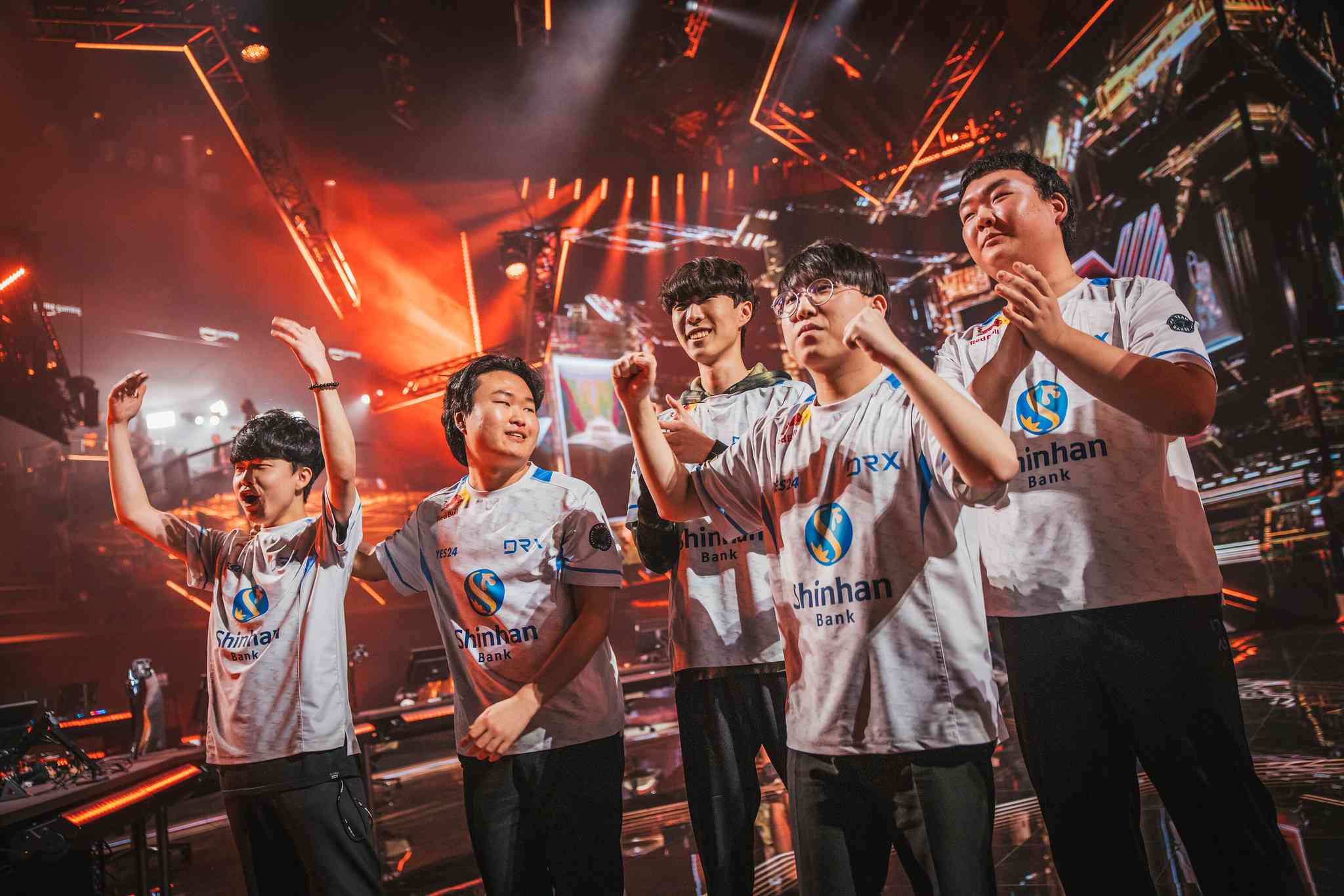 DRX after winning a series during Valorant Champions 2022

The best team in Korea, and in a greater sense the Pacific region entirely, returns with the same roster they used throughout the org’s Valorant stint. The reason for this is pretty simple: why break something that’s not broken? Stax, Rb, Zest, MaKo, and BuZz continue to dazzle with the exquisite team play that nearly won them Champions, where they finished in 3rd place behind OpTic and LOUD.

That goes without even mentioning their stellar track record both in regional and international play. Since failing to reach Masters: Reykjavik in 2021 as Vision Strikers, DRX has not missed a Masters/Champions event and never finished below 5-6th throughout 2022. Undoubtedly, they are the current flagbearers of Korean and Pacific Valorant. It is no surprise then to expect DRX’s position to remain at the top in this revamped format for 2023. 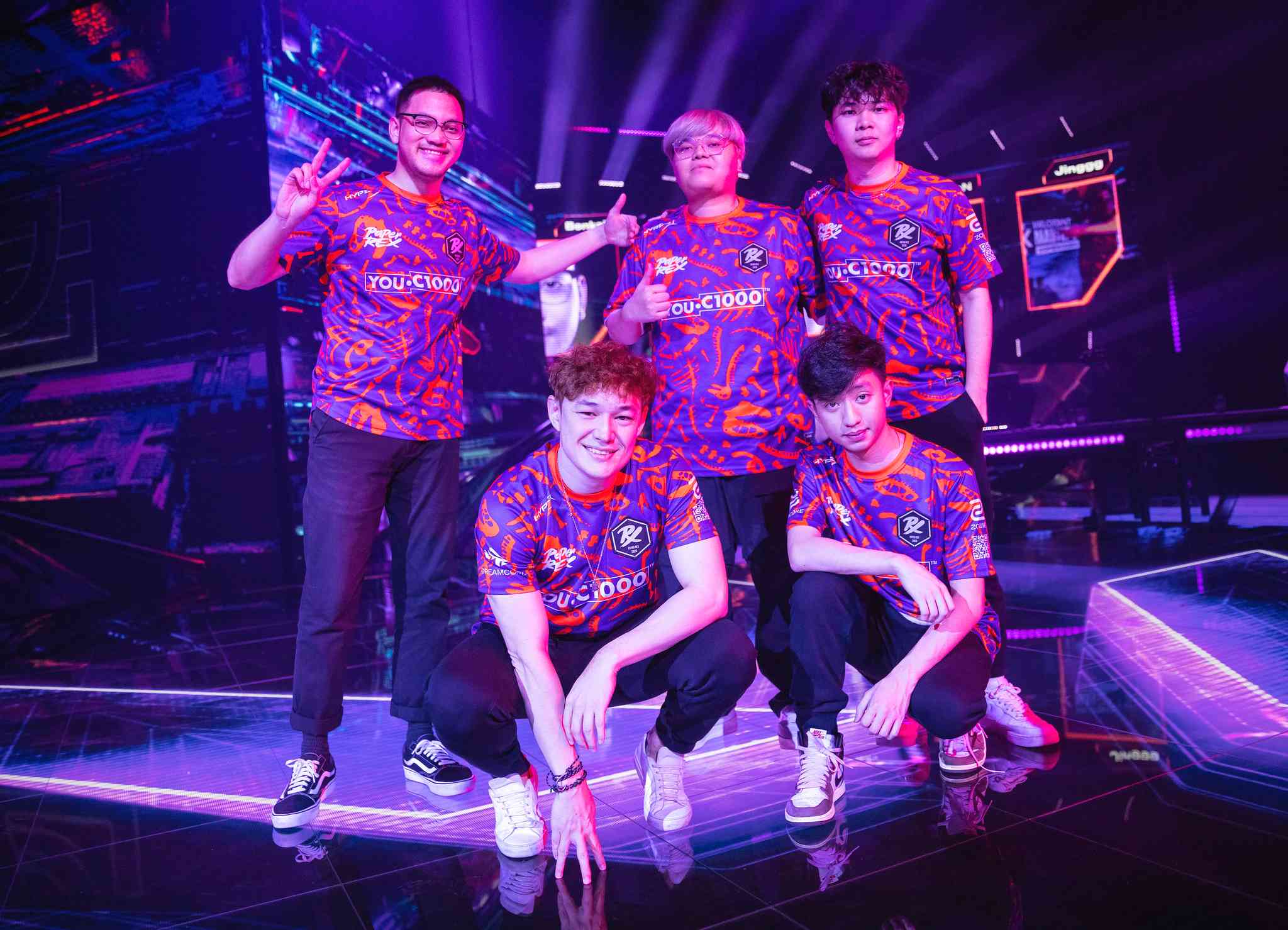 Paper Rex after winning a series during Masters: Copenhagen 2022

Not lagging behind is the APAC’s best team in Paper Rex. Similar to their Korean counterparts, the organization returns with the same roster that propelled them to unequivocal success in 2022. As far as APAC is concerned, no team had ever reached the grand finals of a VCT international event before PRX stepped into the fold.

Armed with their characteristic aggressiveness, PRX finished runners-up in 2022 Masters: Copenhagen off a close 2-3 series defeat to OpTic Gaming, inspiring their region to aspire for greater heights than they were accustomed to. On top of their Top 4 showing in Masters: Reykjavik, analysts began designating them as one of the world’s best teams without any semblance of exaggeration leading up to Champions 2022.

With Jinggg and f0rsakeN manning the offensive, Mindfreak controlling smokes, Benkai initiating attacks, and d4v4i working around them as a flex, PRX remains at the top of their game as the calendar flips to 2023 and a new VCT season. 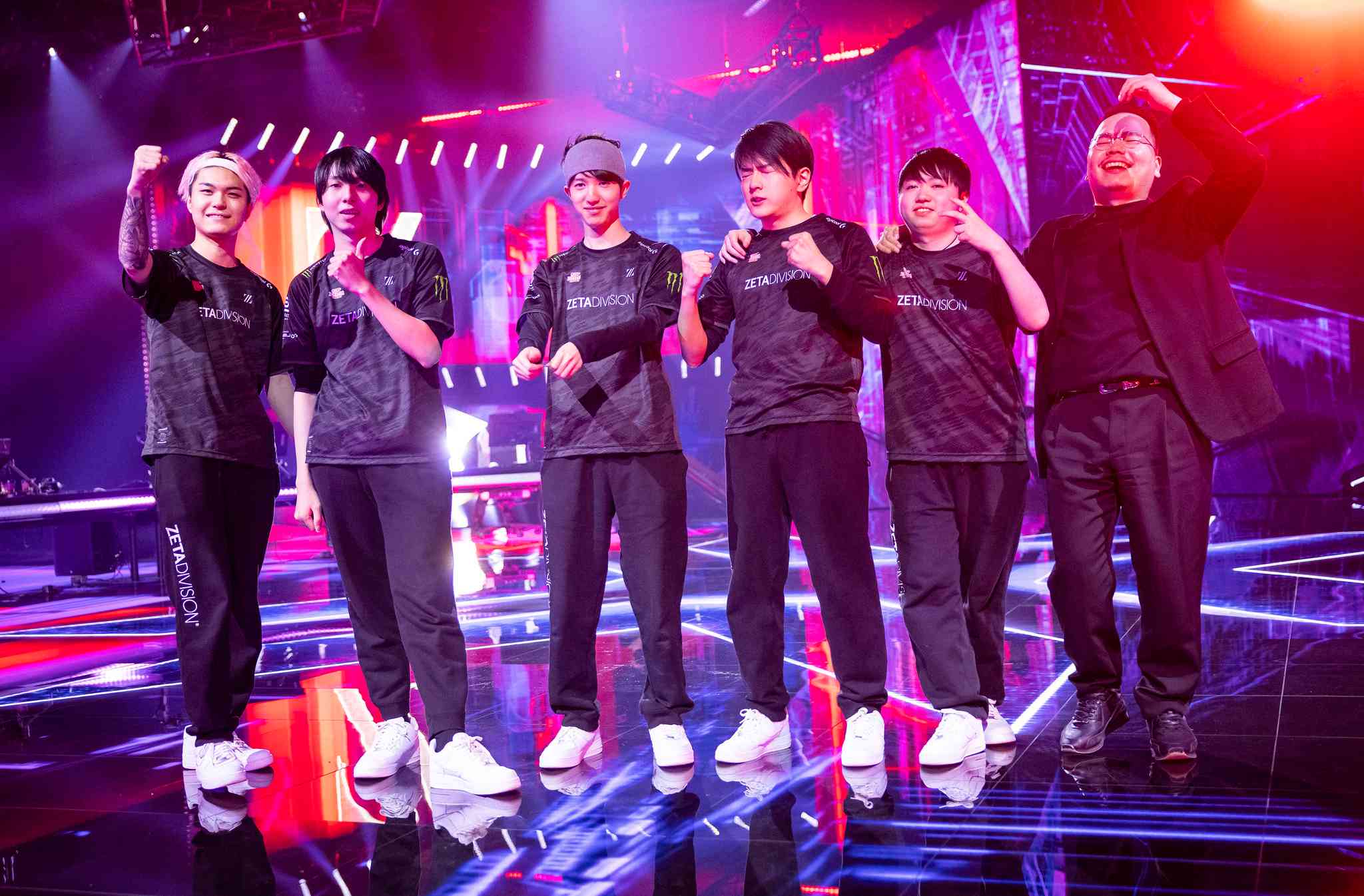 ZETA after a series during Masters: Reykjavik 2022

Japan was another region that wasn’t taken seriously in Valorant prior to 2022. Heading into this past season, the farthest any Japanese representative reached in any VCT event was 9-10th place in Reykjavik 2021 by Crazy Raccoon. Since then, Japan has usually placed in the basement of the standings, thereby receiving the label as one of the worst regions in the game.

That all changed with the emergence of ZETA DIVISION, whose additions of Dep, SugarZ3ro, and TENNN commenced a surge that thrusted the team and its region to the forefront both domestic and international-wise, placing 3rd in Reykjavik 2022 against everyone’s predictions. It’s no wonder then when ZETA made no move with its roster, besides welcoming back barce into the team after he spent the 2022 season with DetonatioN Gaming White, the expectation from fans morphed to them keeping their momentum for 2023.

As a result, Japan is on the precipice of a new era, one in which they aren’t looking to escape the basement of incessant losing but instead eyeing better results and even silverware.