The time has come for North America to find its representatives for the VCT Stage 1 Masters 2022. Only eight teams remain after five weeks of grueling matches between the 12 best that the region has to offer. Who will make it out? Only two names will earn their spot at the first International VALORANT event of the year. Who do you see making it? This preview will help you understand the current landscape of the VCT in North America and the stakes for each team.

The Favourites and The Blind Horse 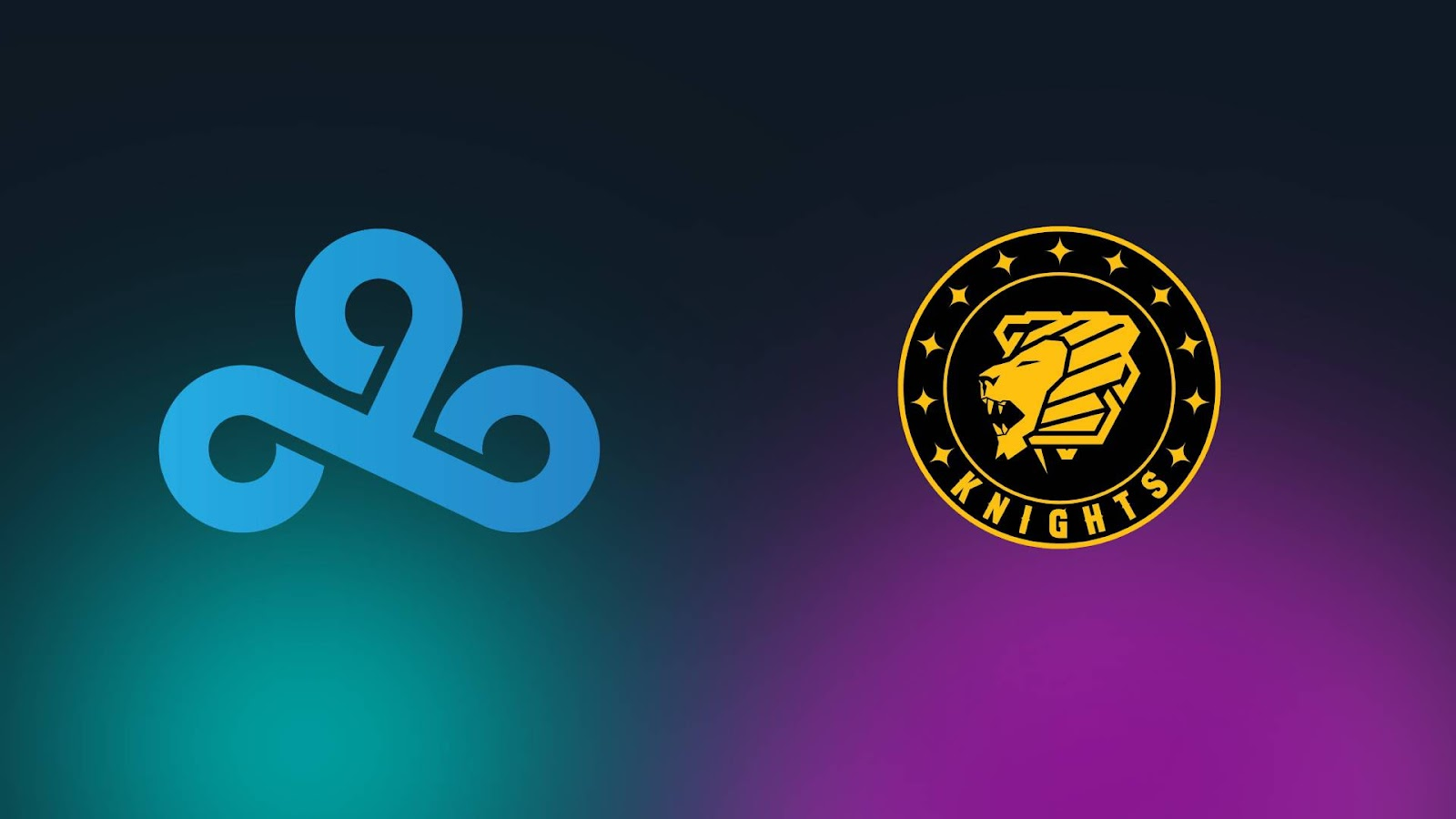 The first matchup of the playoffs will see Group A’s undefeated Cloud9 take on our Group B Blind Horse candidate, Knights. Cloud9, throughout the five weeks of the group stage, has shown the insane progress they have made as a team ever since the end of 2021. Knights, on the other hand, have done a lot to surprise the nation, but they’ll have to reach the next step in their performances if they want to outclass Cloud9.

Cloud9 has only lost three maps in the group stage. They lost Bind against XSET, Breeze against Evil Geniuses, and Bind against The Guard. Cloud9 dominated the group stage, but a new meta is upon them after the latest VALORANT patch. Cloud9 looked strong in the latest patch, but adjustments will have to happen when faced with the unknown.

Knights have failed to deal with the upper ranks of Group B. They have lost to Version1, Sentinels, and OpTic Gaming. This shows a missing piece that Knights require to beat a team at the level of Cloud9. They failed to do so in the group stage, but with a new patch and an international event on the line, anything is possible. 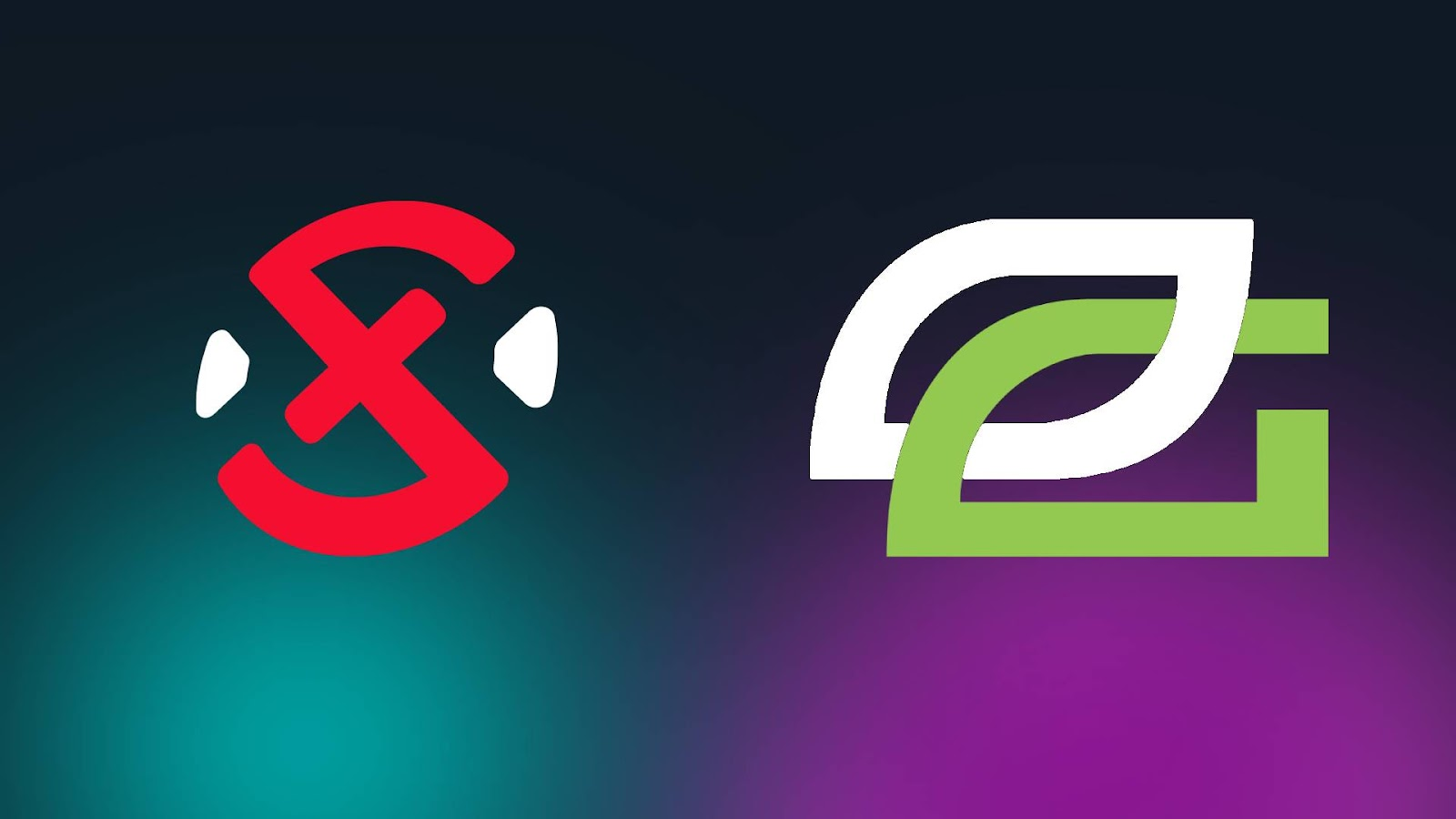 New names and new faces, XSET are set to face against the “Green Wall”, OpTic Gaming, which was previously known as Team Envy. The El Diablo-led squad, who nearly reached the peak of international play in 2021, will look to reclaim their spot as one of North America’s champions. XSET, on the other hand, looks to qualify for their first-ever International Stage, led by a rising star in Matthew “Cryocells” Panganiban.

XSET ranked behind Cloud9 and The Guard in Group A. They showed promising performances against both teams, with 2-0 wins over EG and LG and a 2-1 win over a re-revamped 100Thieves roster. XSET has a good perception in the community, but many still see them as lower than Cloud9, Version1, and The Guard.

OpTic Gaming came in as the second-ranked team in North America circuit points before the group stage. But their 2022 debut started shakily with a 1-2 loss against Rise. This win would be Rise’s only victory in the group stage, while OpTic beat NRG, Knights, and Sentinels. OpTic, so far, has looked inconsistent in terms of individual performances, but when everyone is firing on all cylinders, they have some of the most dominant performances.

A dazzLe or A Zander? 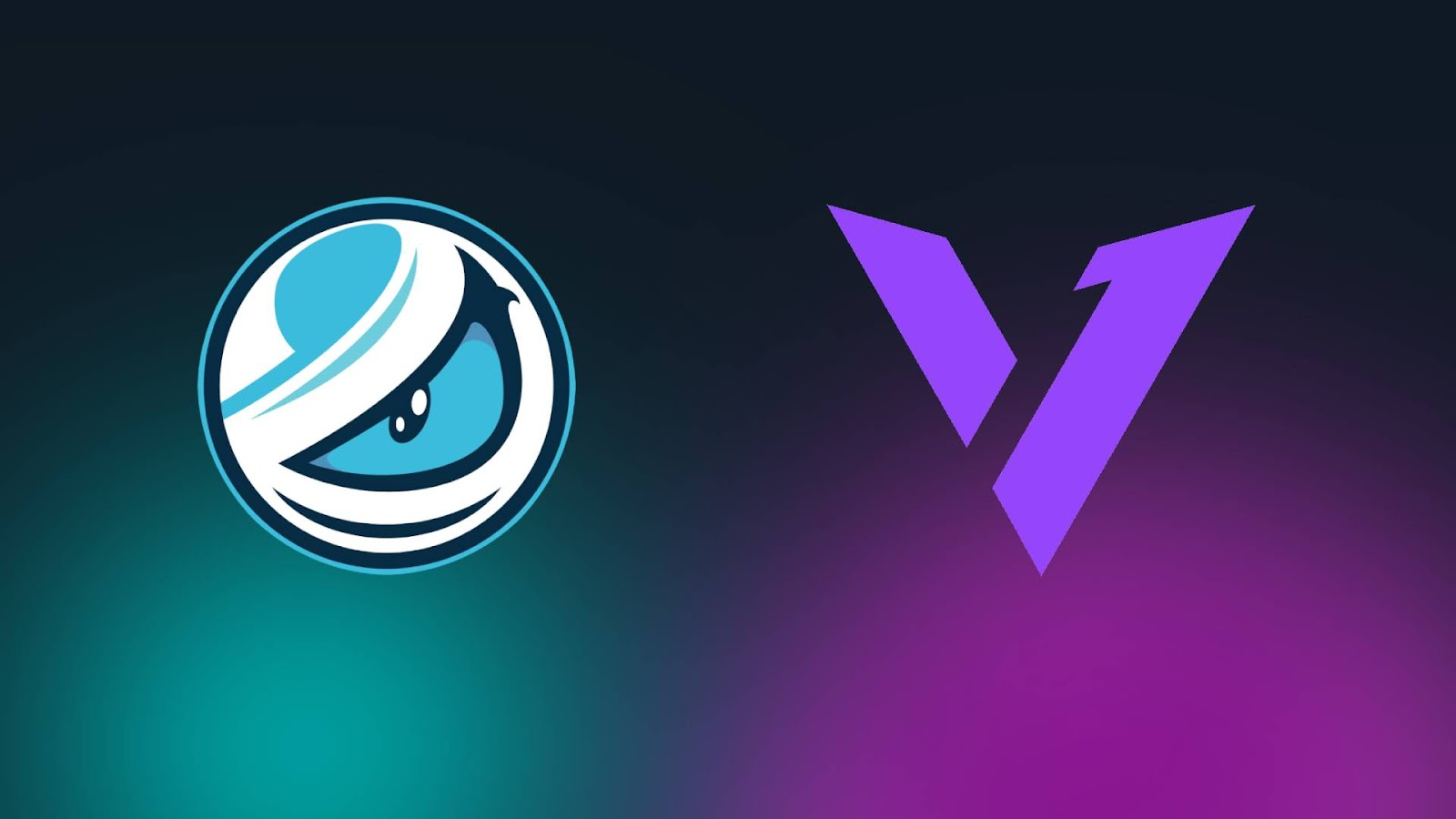 Luminosity Gaming barely scraped by in the group stage, with their only wins coming from the winless Evil Geniuses and a struggling 100Thieves. They have shown little, even in their single match in the latest patch, and will look to make a miraculous effort if they want to topple Version1. And Version1, are the undefeated Titans of Group B. What more is there to say?

Led by Will “dazzLe” Loafman, Luminosity Gaming qualified for the Challengers stage with performances edging out the rest of the NA teams. They have also shown more stability than 100Thieves and EG. Despite this, their results against The Guard, Cloud9, and XSET were less than ideal. They managed 0 map victories against these 3, with some close maps here and there. They also lost a map each to EG and 100Thieves. But, with a mix of teamwork, luck, and strategy heading into this new patch and meta, the sky is the limit for a team that was very close to a breakout revelation.

Version1 has some of the best teamwork in North America. Watching the team will show you insane synergy and plays that always have Version1 with the upper hand. The team has only demonstrated great success with their newest pickup for the 2022 season in Alexander “Zander” Dituri. Zander is one of the best performing players in this stage, and it’s part of the fact that Version1, as a whole, has been just cleanly and purely outmaneuvering the competition.

The Old Guard vs. The New Guard 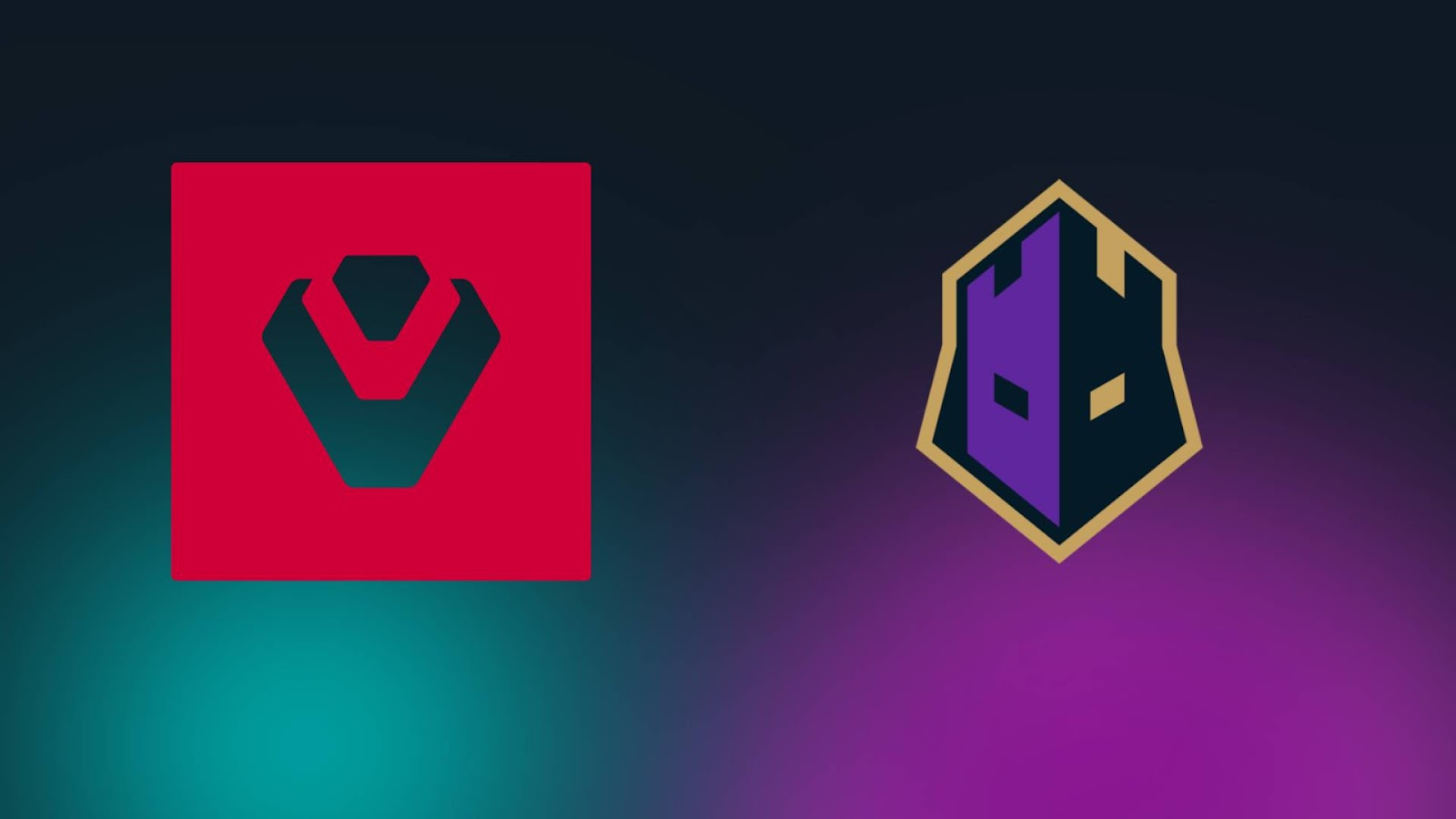 To close out the opening matches of the playoffs is a series that might be one of the most exciting ones among the 4. On one side, we have the OId Guard of North American VALORANT and the undisputed best team of NA in 2021; on the other, the new rising stars of the region, who look to dethrone every past king and claim the crown as NA’s best. Sentinels- kings of 2021, or The Guard- so far the hottest blind horse of 2022? Will either of the two claim a seat at Reykjavik?

Sentinels were once the hottest team globally, but they ended 2021 on a low note. They looked to bring it back in 2022, despite making zero roster changes and only a few roles and agent swaps. It was unclear what the level of play Sentinels would carry into 2022, but they managed well until their first loss against OpTic Gaming. It was a close match, except that they were hard countered on their own map choice of Bind. On the latest patch, sentinels would also lose against the Group B titans, Version1. The team never once won the first map of a series, yet they secured three series victories during the group stage.

The Guard, our very own Blind Horse pick, proved all their doubters wrong. What many had just called a one-and-done performance during the open qualifiers quickly turned into this team's raw talent, teamwork, and skill. The hottest name on The Guard is Trent, a genuine diamond in the rough discovery by the team. Who, ever since then, has performed as one of the best players in the region. But giving credit where it's due, The Guard’s success is very clearly a team endeavor, having grown so much teamwork and synergy despite only coming together to form the team in late 2021. All their players deserve praise.

If you had told a North American VALORANT fan at any part of 2021 that The Guard were the favorites to beat Sentinels, they would call you crazy. But tell that now, and all they’d say is - “Maybe.”