Vladyslava: The WonderWoman of esports 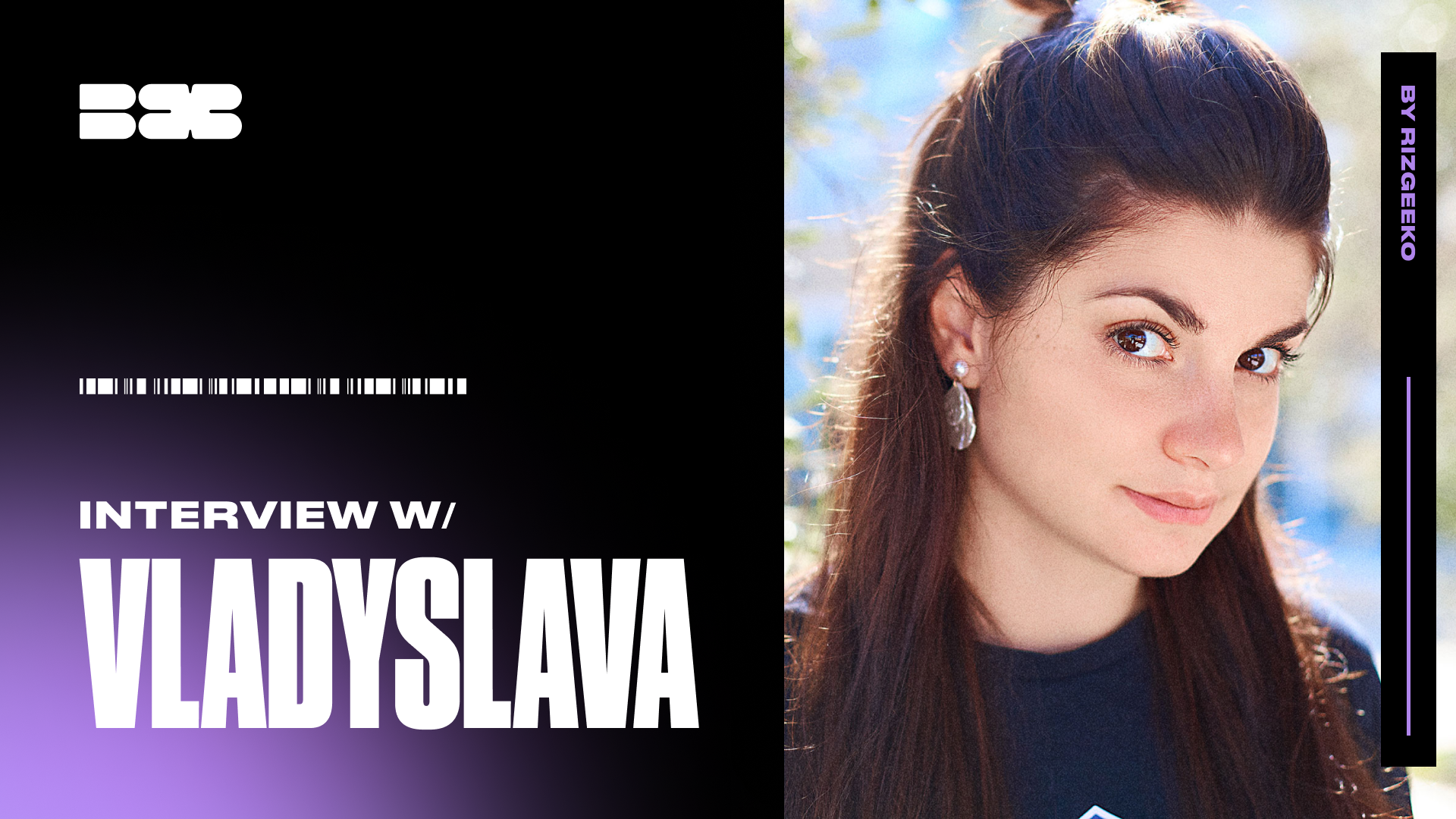 Being good at your job takes immense dedication and effort. But to be no slouch in over eight different positions within an industry yet to boom is extraordinary and requires unique qualities and abilities just like a superhero, making Vladyslava Zakhliebina — the Wonder Woman of Esports. 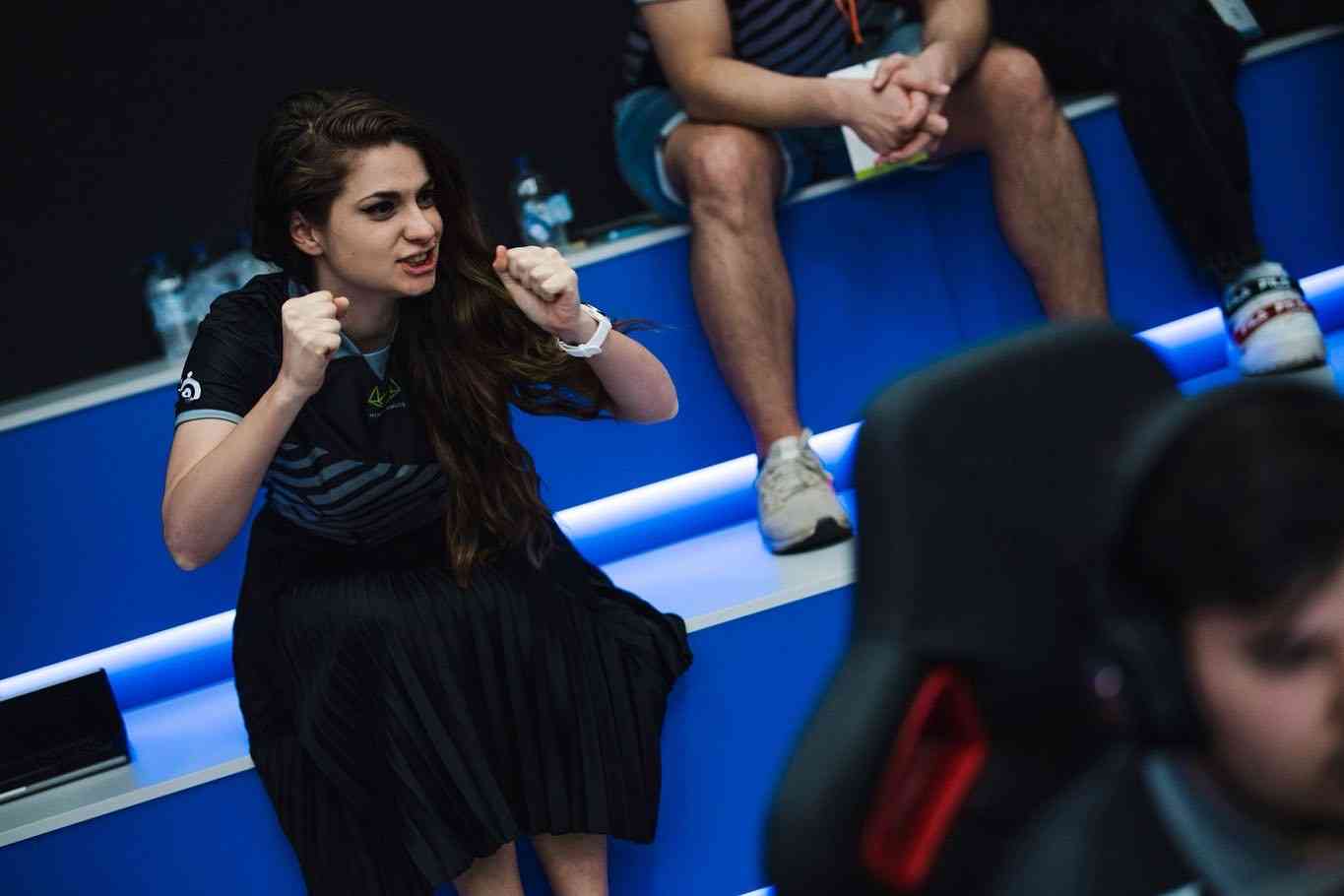 Vladyslava Zakhliebina cheers on her team, OG, while they compete in a live match of CS:GO

The girl in the OG jersey, as most fans know her, is more than just a beautiful face and a charming smile. Behind it, are some superpowers that helped her exceed expectations and climb the ladder to a successful career. Her superpowers aren’t some flashy lightning bolts nor strong arms that can destroy a planet but rather a strong extraordinary personality, while devoting herself to her task and craft by simply saying Yes! Why not?

She knew Counter-Strike from the early years in school as she was playing with her friends and being passionate about her hobby, innocently bragging to each other about their frags, “What a moment! Did you see it?” Vlady expressed, reminiscing the good old days. As a person who enjoyed the game, not thriving in something wasn’t an option for her, that’s why she decided to grind her way up and become a professional player after she ended her professional athletic career during her second year of university. 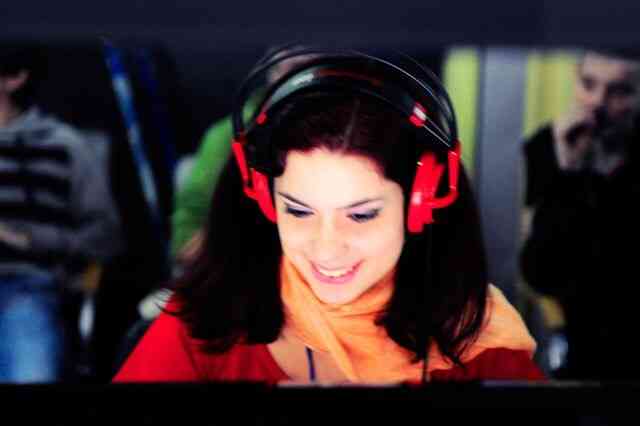 A few years were enough for her to achieve rapid success as a professional player due to her great personal qualities, being patient & entirely devoting herself to her duties.

If the sky’s the limit, then she managed to fly high during her short, successful career. Therefore, a short break was in order to finish her university and focus on her next journey.

With success comes recognition which ultimately decided her next page in esports when the expanding Starladder was looking to power up their company. They chose to team up with Vladyslava and offered her a position with relocation to the capital of Ukraine. Without hesitation, she moved to Kyiv to kick-start what was yet to become an inspiring career.
Throughout the years, Vladyslava has worked in multiple different positions, from newsmaker, and various management roles, to content and broadcasting. She was not afraid to use the opportunity to push her potential and reach new horizons, a feat made achievable thanks to the rapidly growing esports scene.

Moving into the role of mentor-manager 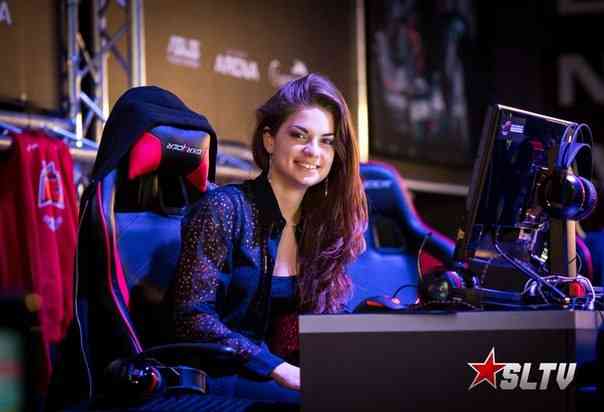 While CS:GO was reaching new levels, professional teams began seeking experienced mentors and managers. Vladyslava received a chance to try the role with the newly created star team — HellRaisers, which made her a center of interest in the community. She was the only female ever to mentor at that level, because she was incredibly talented.

When ambition meets talent, it opens opportunities to reach new limits and have a fruitful career, gaining her a positive reputation in the industry and more experience through the journey of overcoming one challenge after another.

At this point, she was in the spotlight for future recruitment, which inevitably did happen a few years later, while she was looking for a new step to kick into a higher gear. With her unique personality & excellent work ethic, as she tends to grab the bull by the horns, OG Esports reached out to her for help with the organization and set up the team manager position. 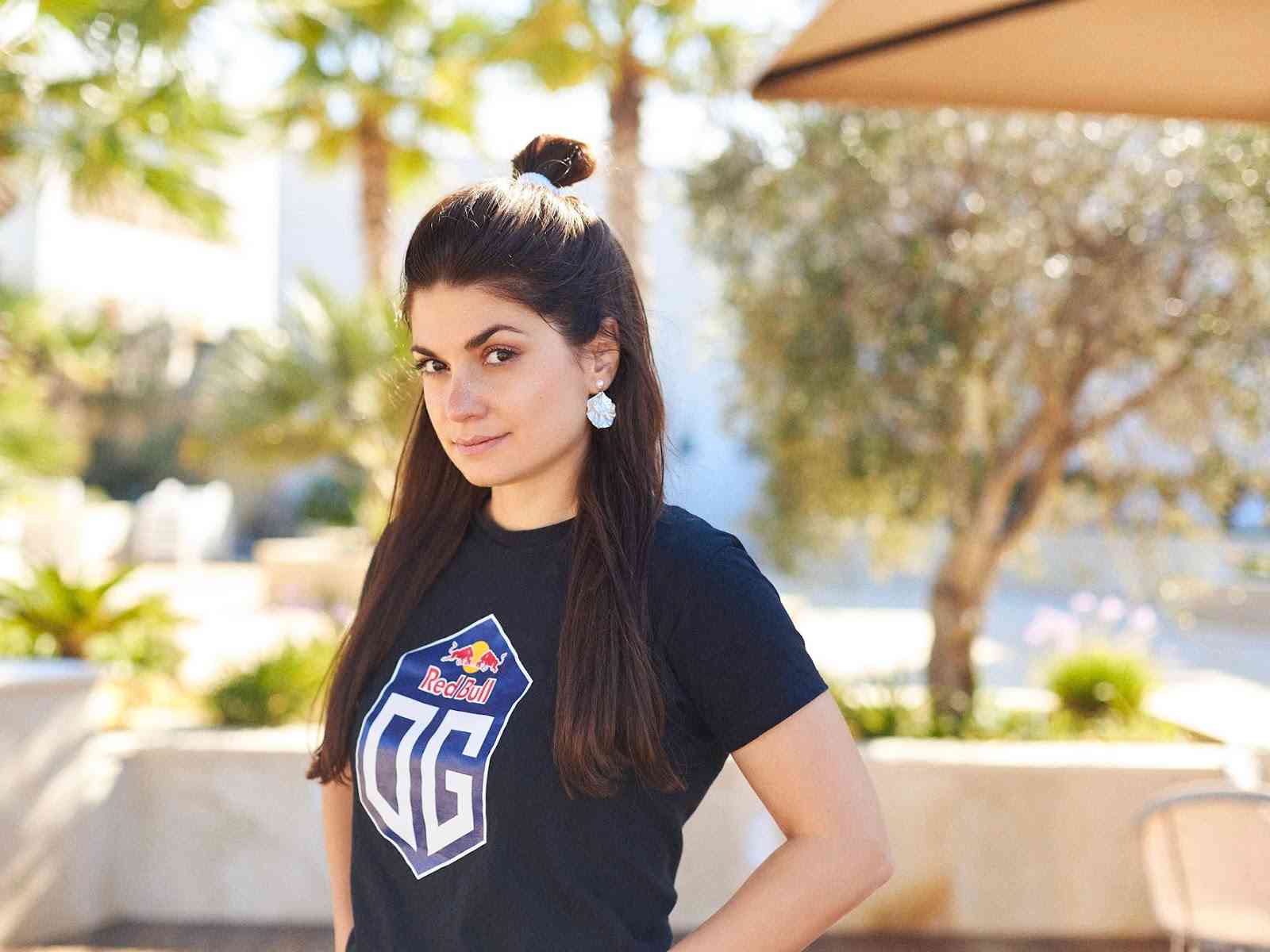 At first, she was handling three teams at once; Dota2, Seed, and CS:GO. After some consideration it was decided to focus on the CS:GO team, since the org had already finished in the top spot in Dota 2 twice.

Being the superhero the players need

Besides working for such a big organization, the part she enjoys the most is being the superhero — coming clutch at the most challenging moments when the players need her the most; like the time when a player had a major dental problem and was in insufferable pain while traveling, seeing a dentist as soon as possible was a must. To add salt to injury, it was a weekend, making it almost impossible. So Vlady had to use her superpowers and search high & low to find a dentist and save the day finally.

For her, it’s about being able to help the players in any way, regardless of her situation.

As humans, we go through some tough times and end up being mentally unprepared to handle things, but Vlady insisted that no matter what, she’ll always find a way to assist and provide everything the team needs. 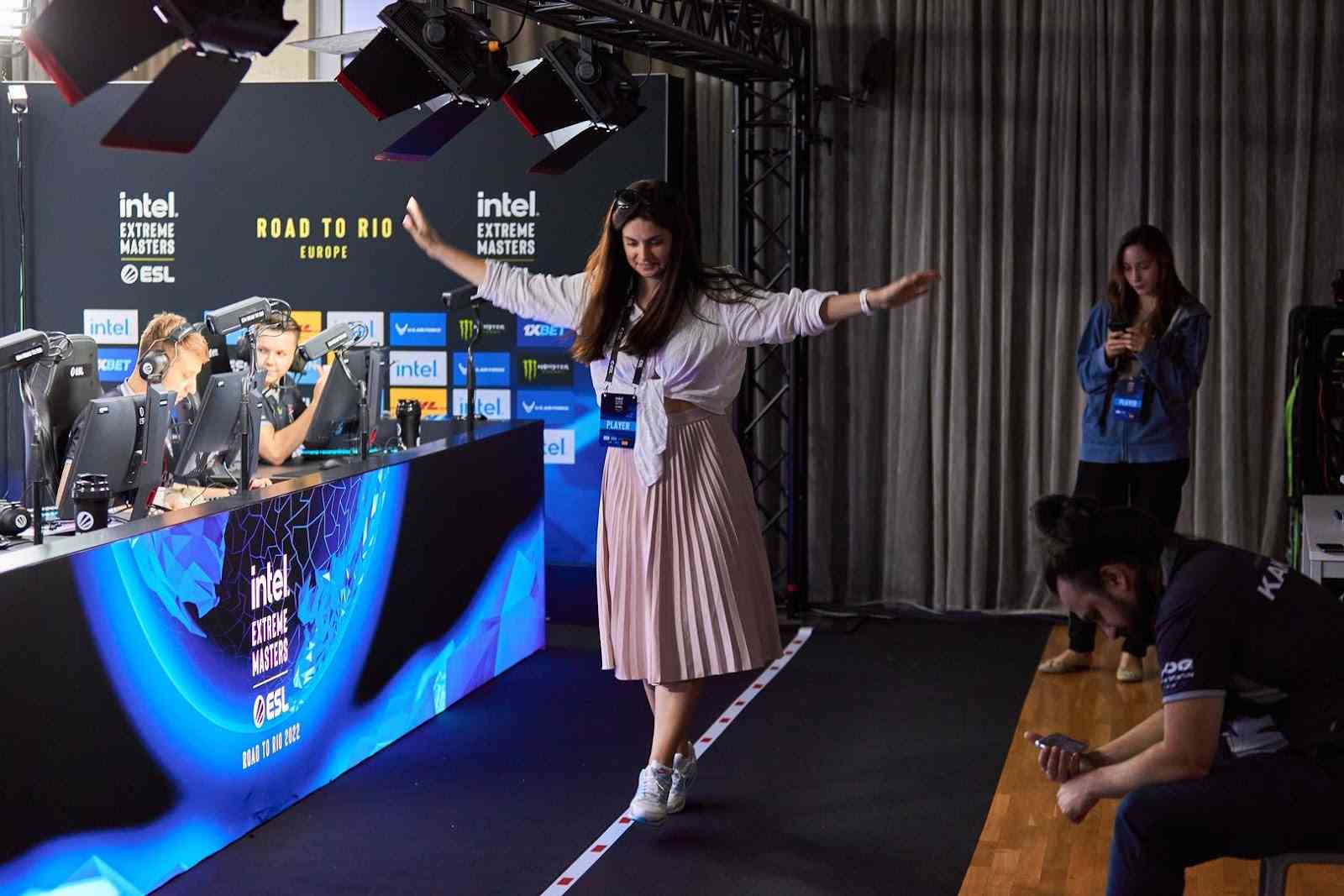 While coaching is a position that is missing from the long list of jobs she occupied. As her career keeps on growing, Vlady rejected the idea of coaching, explaining that it requires a great amount of game knowledge and experience and rather favored a desk analyst role where she can analyze games & plays for different tournaments or working with stats since she loves math and science.

The road to such an impressive career isn’t easy. It takes a lot of dedication, hard work, and keeping your head up when everyone is looking down on you. Vlady had her fair share of challenges along the way. Unfortunately, women face discrimination in many industries, with esports & gaming, in general, being no exception.

Occupying a vital job within a Counter-Strike team as a female can raise some eyebrows for some people, especially in her early days working with Hellraisers as the most common reactions were question marks on her capability of managing a male team while others immediately thought she would be managing a female team. Vlady successfully destroyed the stereotypes and stood as a prime example for the future female talents. 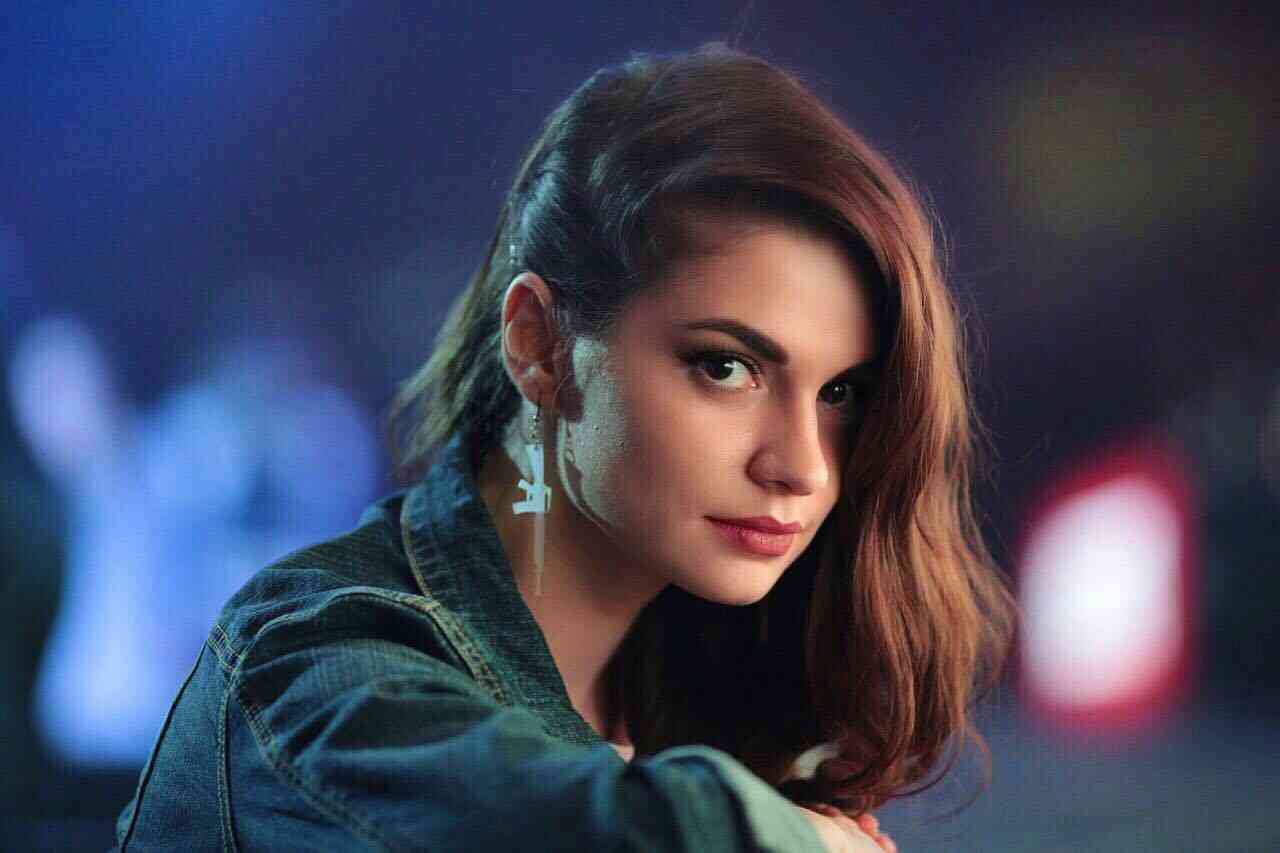 The challenges weren’t around people only but within herself as well. Growing up, she only spoke Ukrainian & Russian as she wasn’t into learning languages but choosing to work in esports, an international language is a necessity. That's why she took it upon her shoulders to learn English to help her in the future.

She kept improving her English off camera and could speak it freely. Luckily for her, her friends were helpful and didn’t judge her in the beginning but instead supported her and cheered for her to use it more to become better at it. 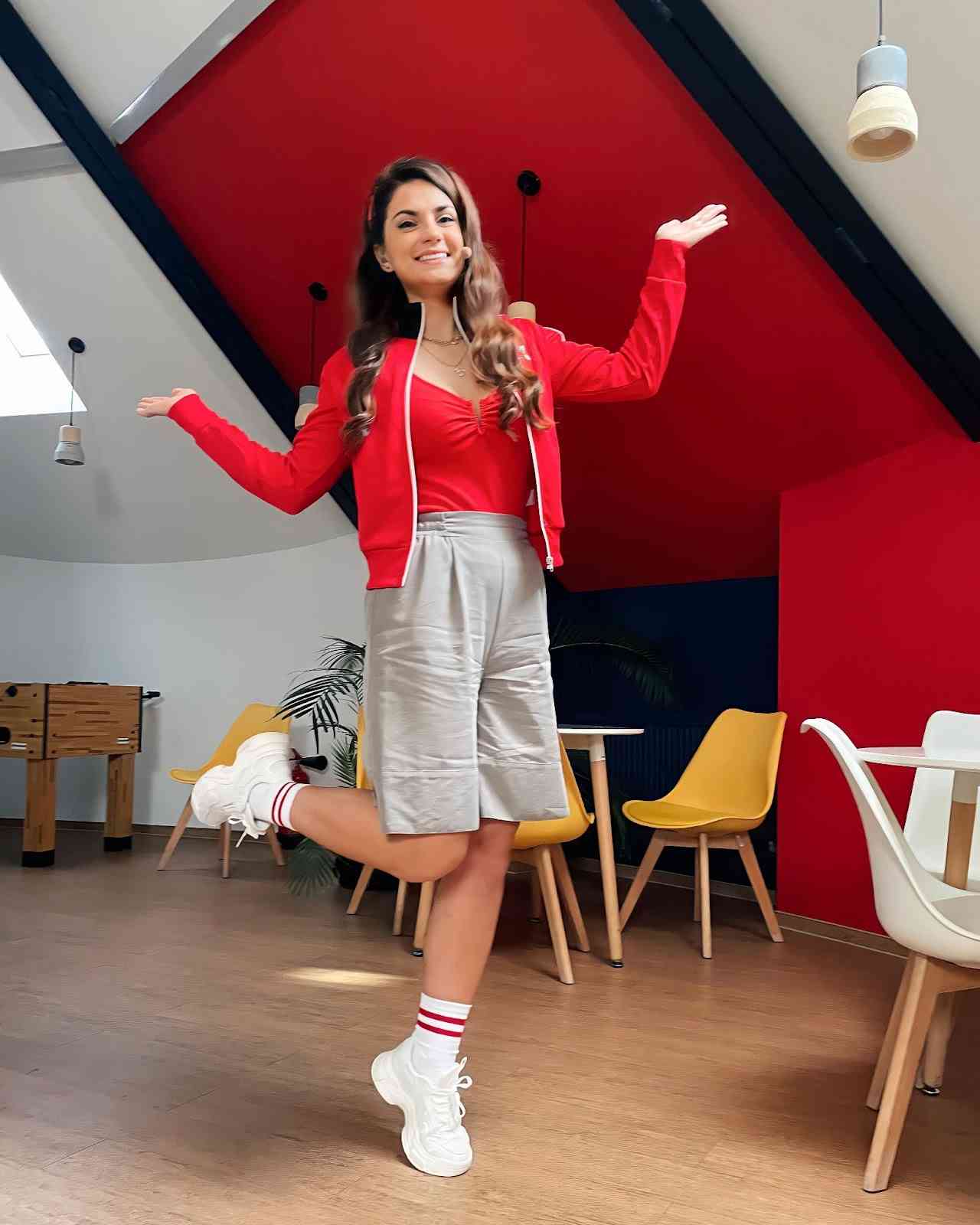 Vladyslava as a host at WePlay

The real test came when a host couldn’t make it due to illness, so she was asked to take his place; with Vlady being Vlady and spontaneous like always, she said yes! Why not? (As you might have guessed.)

When I was talking to Vladyslava she didn’t deny that she was nervous & scared as it was her first-time speaking English in front of a live audience, but all things considered, she did a pretty good job at it.

The esports Wonder Woman explained how she could stand tall against the challenges she faced when answering a question about her top qualities that helped her reach this level, saying that when she does something, she makes sure to give it her 100% and more — staying committed to the cause and investing all her power and energy to achieve her goals.

The importance of mental health 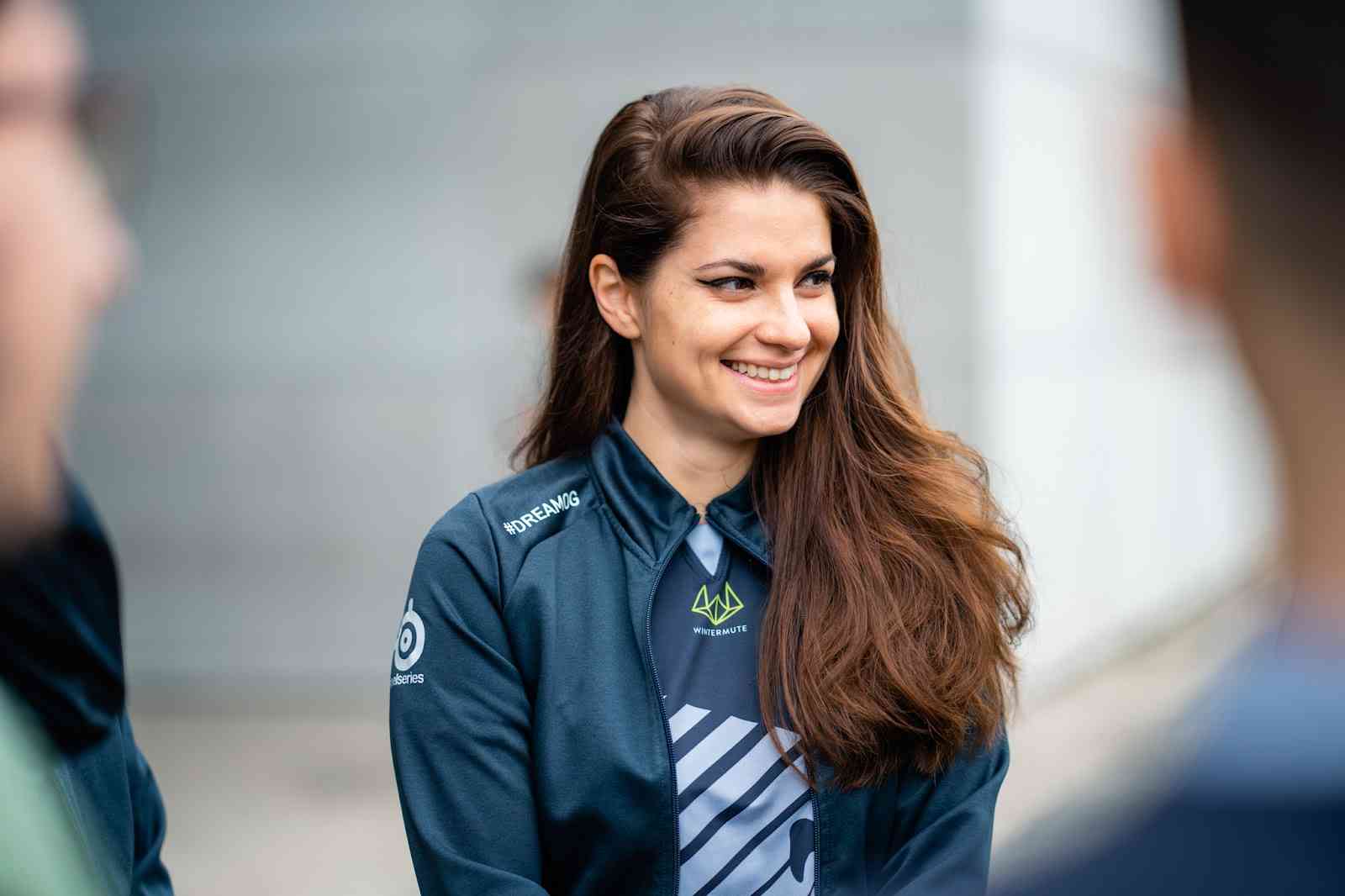 It’s certainly not easy being a manager for the OG CS:GO team. A big team with potential requires a lot of work and patience; thus, keeping your cool and composure is extremely important.

Vladyslava took her time when she talked about how important mental health is in her position. She firmly believes that to take care of others, you must take care of yourself first. That shows how strong she is, especially as a person who’s heavily affected by the war in Ukraine, as her friends and family continue to live under fear and terror.

As a person who enjoys creating content and streaming, she’d love to get back at it once she finds the right timing and schedule. Although she explained it's hard to find the time due to her current, busy job. However, if the opportunity presents itself, she’d love to be on a broadcast, even in English, as she feels confident & relieved that the language is no longer a barrier. 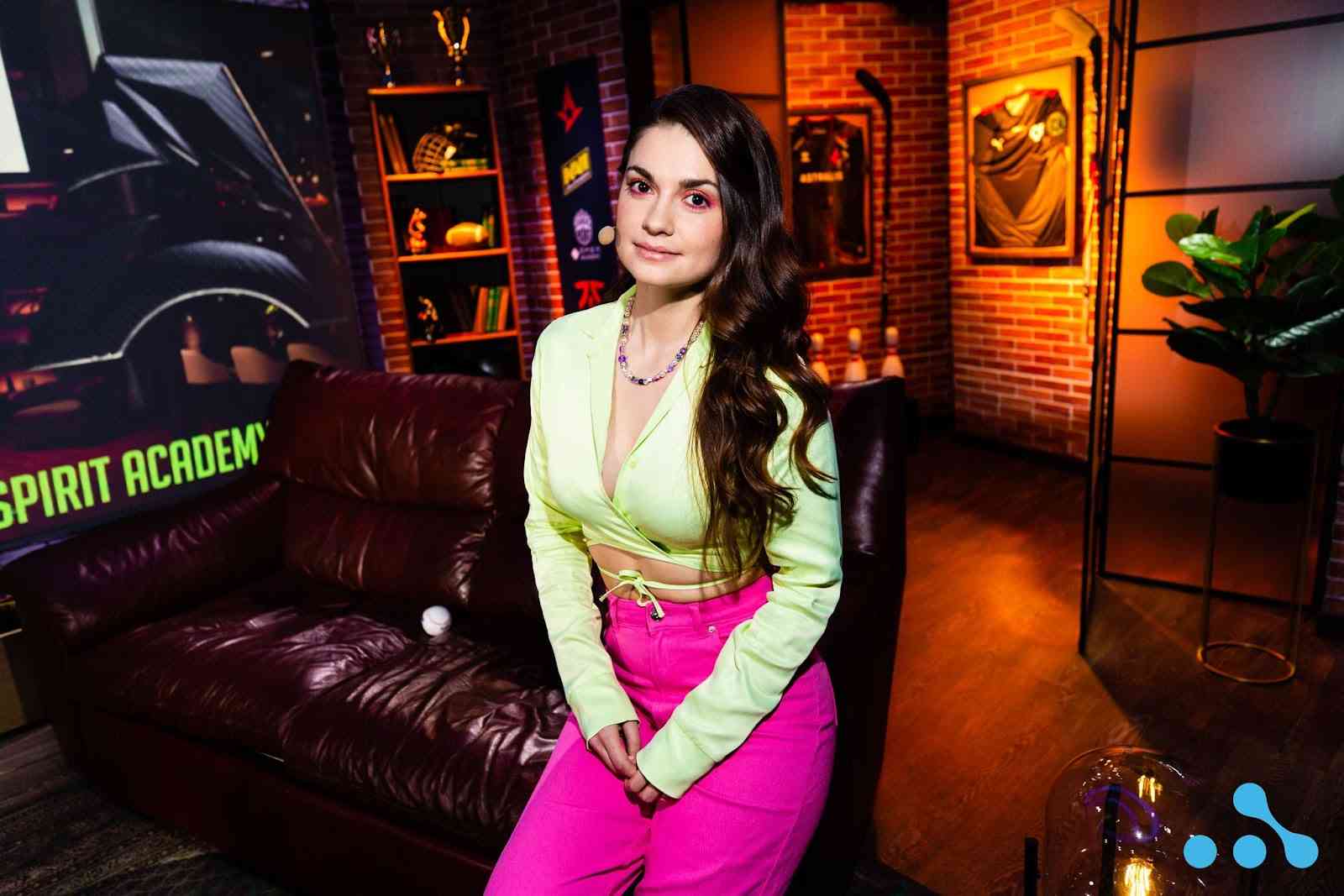 Vladyslava as an analyst for WePlay's CS:GO Academy League in 2021

Vladyslava didn’t only shine brightly from working in the industry only but rather was a star, rushing that B bombsite and popping heads. A short but respectful career in CS 1.6 with multiple CIS teams. As an ex-pro player, Vlady confirmed that the female scene has improved compared to the CS 1.6 era even though it was in shambles which created an immense skill gap between the males and females due to the lack of support and competition, Initiatives like ESL Impact played a major role in bringing together the scene with monthly cash cups and league seasons, hoping more tournament organizers would follow the lead and give the scene a chance to thrive again and live to witness the time when the females match up against the dominant male teams on the biggest stages.

She might have retired from being a professional player but the excitement and love for Counter Strike has never left her, so much so, her heartbeat gets abnormal during OG Esports matches!

As for her future plans, the esports Wonder Woman prefers to live each day on its own since it’s all about the journey and not the destination, and her ambitions are big enough to keep her pushing and growing to achieve more. Only time will tell, and until we witness her achieve more greatness, everyone should follow her example, as she’s an inspiration and icon for dedication & hard work.

rizegeeko: Is there anything you wanted the world to know about? Any final messages?