Week 2 and 3 of DPC China predictions 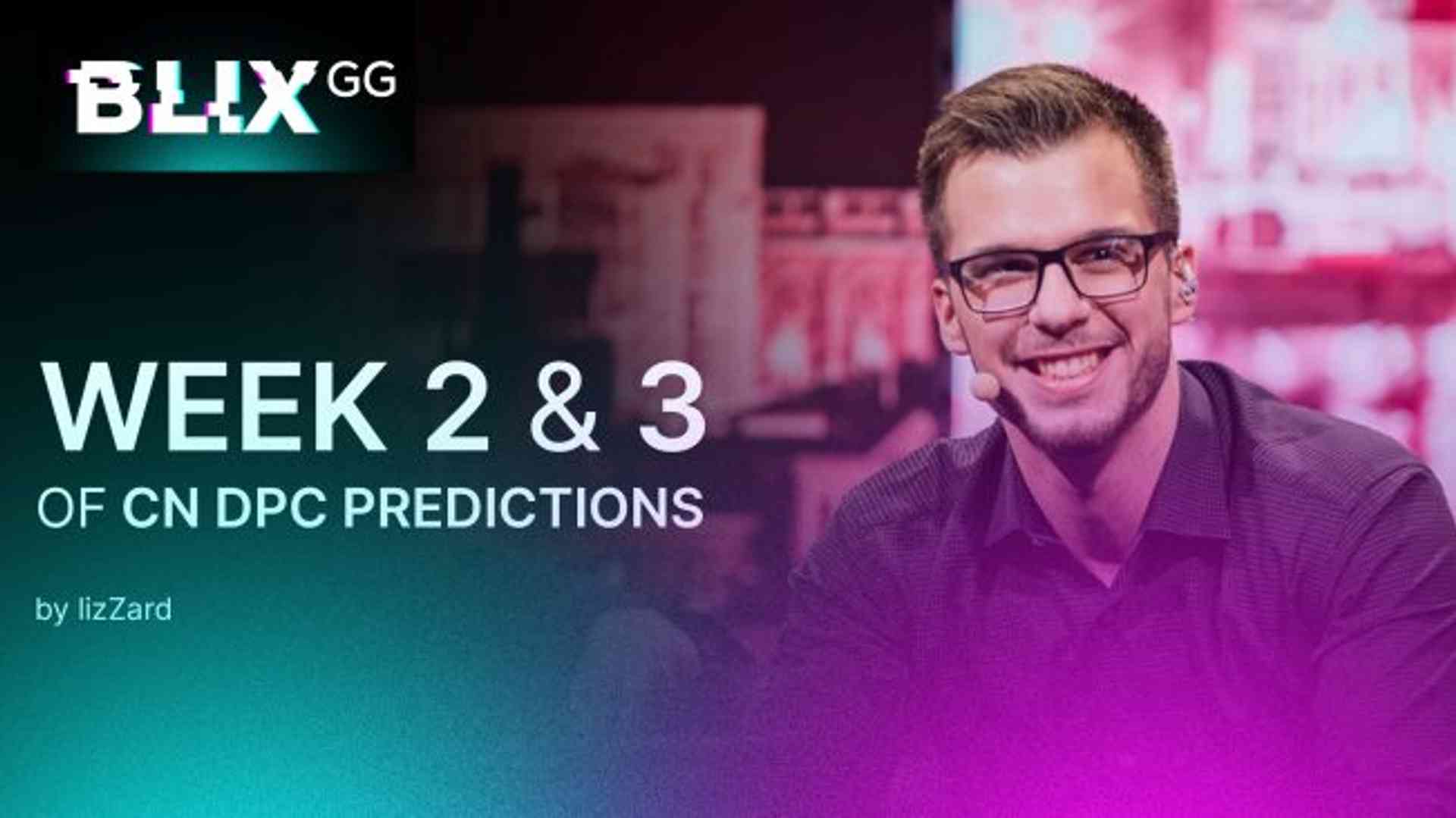 Predictions are rough. Especially for some of my beloved North American talent. They aren’t so difficult for the rest of us though as we were apparently spot on for the first couple of weeks of the Chinese DPC season. Nothing more appealing than being boastful when starting an article, right? Jokes aside, let’s do a quick review of what had happened in the previous series that we predicted and then try to keep a clean sheet with brand new predictions for the upcoming weeks.

A series ended in a 2 - 0 for Aster, as predicted. Lasting under 60 minutes in total, the series was a quick one. Aster showed up in full force, taking out LBZS without a sweat.

The series prediction was correct but also the score of 2-1 for PSGLGD. It was a telling series as the only game Vici Gaming managed to win was the one in which they managed to completely outdraft the enemy side and win all 3 lanes. That game of the series probably paints the best story when it comes to the disparity in skill between PSGLGD and everyone else. Even if you win all 3 lanes versus them, taking the game and landing the finish blow is way harder than it is versus any other team.

Yang was standing in for VG and I’m not sure if it's the Yang effect or it’s just them playing against a team that is not realistically on their level but VG was on fire. 2-0 for VG, they never really struggled.

Series ended in a 2-0 for Xtreme. LBZS really took a hard beating this week and I don’t see it getting any easier for them in the future with this start.

Chickened out of predicting

Probably for the best as it was the closest series of the ones I predicted. EHOME won with a score of 2-1 and is looking as strong as in the first season. Perhaps we need to give Magma some time to acclimate to the first division.

This leaves me with a CIC score of 4-0-1 ( correct, incorrect, chickened out ). Out with the old and in with the new. Let’s see what the upcoming weeks have in store for us.

I believe that Xtreme is just way too hungry for wins and that Magma just isn’t there yet. Magma might manage to take a game off of Xtreme but I’m favoring Xtreme to take the series.

Until I see a crack in their armor I’ll be predicting 2-0 for PSG LGD.

Two teams with very similar skill levels and similar performance in the first two weeks. I’m slightly favoring RNG. They’ve historically been the stronger squad when it comes to these two rosters.

I’m afraid our boys in LBZS lost all their games in the first two weeks and now are looking at some more beating. Will that sunshine logo of theirs ever bring them wins? I feel like it’s hiding a lot of pain behind that innocent smile.

I can’t completely calibrate the relative power level of these two squads right now. However,

after seeing the games in the first 2 weeks I believe that Xtreme has a way cleaner gameplan at the moment.

If PSGLGD is the king, Aster is the queen. I don’t see teams like Magma taking games off of them at the moment. I’m still under the impression that they deserve to be in the top two teams. Time will tell if Xtreme or RNG have something to say about that.

EHOME is steadily improving from one series to another. They might be able to take a game if the drafts are correct and stars align but I sincerely doubt they will be able to take the series off of Aster.

Saving the best for last. This is a series that makes me want to trigger my “Chicken Out”card as well. It’s probably the hardest one to predict but I’ll go with a safe 2-1 for PSG.LGD. RNG is definitely closing the gap to the top 2 teams of the region but I don’t believe that they are there yet.

My predictions are a bit shorter and more concise this time around but there’s more of them. I doubt I’ll keep the clean sheet and in all honesty, I’d like to see some upsets. The main question marks for me are probably around Xtreme and how well they’ll be able to match up in their upcoming matches.

Keep in mind, my predictions are purely for fun and to give my colleagues some ammo to discredit my opinions on the panel, I suggest not using them for anything other than trolling me in the chat.