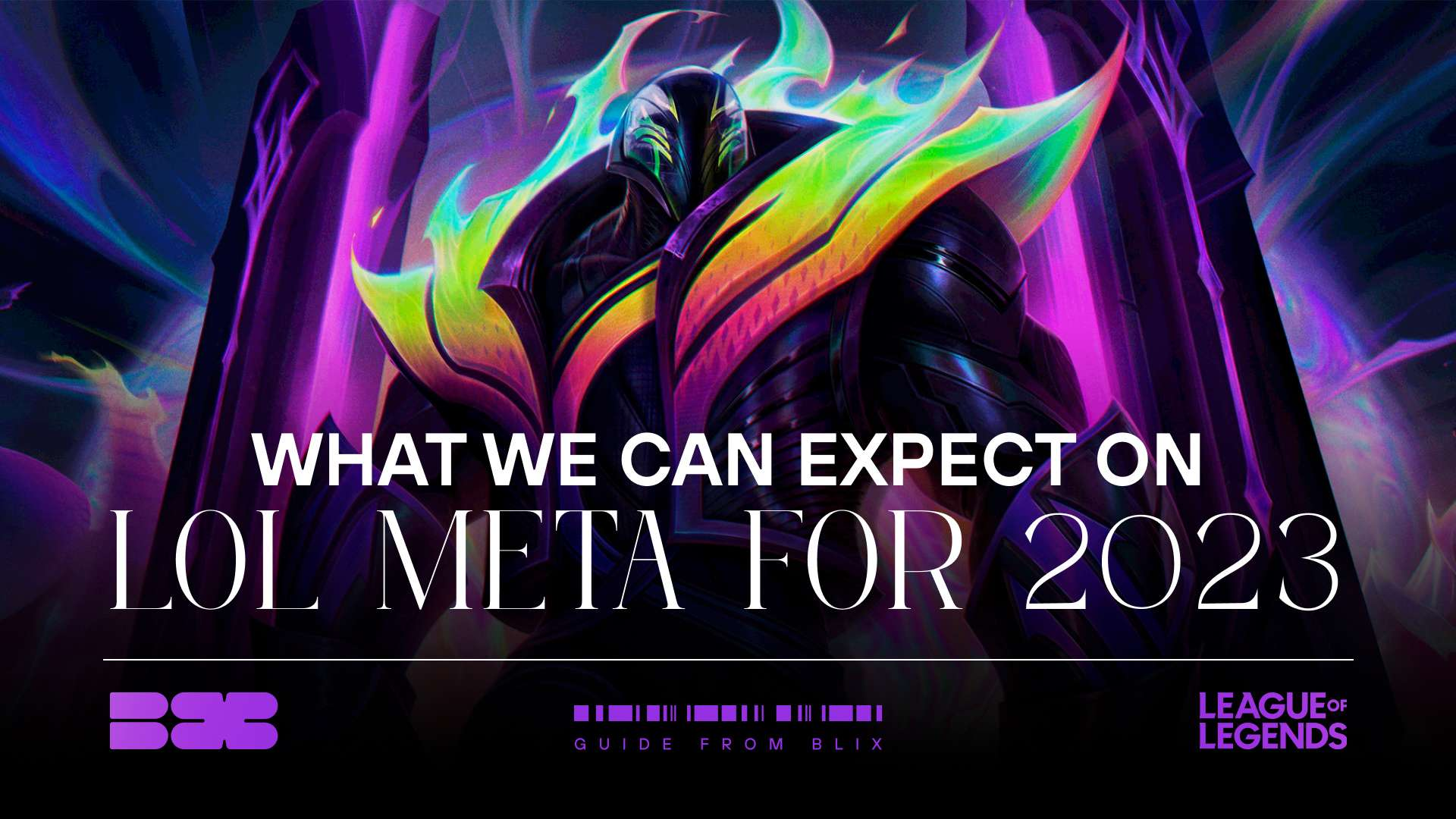 While preseason is not a time when much competitive play is taking place, we can always look up one tournament that helps in glancing at what the early 2023 meta could be: The Demacia Cup 2022, the Chinese preseason tournament. This 2-week cup is the most remarkable piece of competitive meta that can be analyzed, but it must be kept in mind that the Chinese competitive meta is much more aggressive and fight-oriented style compared to other regions. Keep in mind, Demacia Cup was played in the 12.23 Patch.

This year's Demacia Cup, which was won by Bilibili Gaming (for those who don’t know much, the team that for 2023 will play with Yagao and Bin), had a very wide presence, as expected of big tournaments in the preseason, with no champion reaching 70% presence. Still, the most present champions were Syndra in the midlane (by a pretty big margin), K’Sante and Fiora in the toplane, Yuumi and Heimerdinger in the support, Lucian and Varus in the bot-lane, and a pretty colorful jungle, with the only jungler over 50% presence being Wukong.

On the other hand, SoloQ pictures a different meta for this upcoming 2023 looking at Master+ games. For starters, ban rates are still top by the usual Zed, but this time with a decent 4% presence in the jungle followed by champions such as Hecarim, Yuumi, Sylas, or K’Sante. On Pick Rates, Kai’Sa is picked in 1 out of 4 games, while other notable appearances would be Sylas being played more in the jungle than in the midlane, as well as K’Sante again having a high presence, and Nami still being a dominant support even above Karma or Yuumi.

Finally, looking at the win rates of the most picked champions, the only bot-laner above 51% win rate with a pick rate over 10% would be Samira, followed by Zeri with 50.75%. The only support with over 51% with a similar pick rate would be again Nami, while in the jungle Udyr, Elise and Kindred stay at over 52% win rate while having over 5% presence. Finally, in the mid-lane, it seems like most picked champions have a negative win rate, with the only positive win rate over 10% presence being Zed. Other less-played options but with better win rates would be Kassadin, Katarina, and Vex. No surprise again in the toplane, with K’Sante dominating alongside classic Soloq Fiora.

What the pros say

Of course, the pros' opinion is very interesting to read in this matter but usually derives around saying their played roles need buffs, while the others are OP, rounded up by toplane still being a shit fest and always ignored. Overall, K’Sante seems to need a big pack of nerfs, item builds are dominated by Ravenous Hydra on botlaners and Tank mythics everywhere, and the usual unbalance that means playing in Preseason.