Who Are Tundra Esports?

The British organization executed their game almost flawlessly during the tournament: not a single lost match in the Group Stage, super confident Upper Bracket run (they lost only one map in three matches), and a massacre in the Grand Finals, demolishing Team Secret 3-0, even though they were one of the favorites.

Read more: Talon.Kpii: "For me, the current meta is boring."

Eight and a half million dollars in pockets and eternal glory engraved on the back of the Aegis. But many of you may be wondering: who is Tundra Esports anyway? Where do they come from? In short: a couple of years ago, Maxim Demin, at that moment the owner of Bournemouth FC which played England's top football division, founded Tundra Esports. Today, it is run by his son, also Maxim, who grew up and studied in the UK.

What Does Tundra Esports Do?

The team has two reasonably strong esports teams: Dota and Rocket League. Also, they have players / content makers in Fortnite and FIFA.

The organization was launched in 2019, when they signed FIFA World Champion Mosaad "Msdossary" Aldossary along with a couple of Russian FIFA players. It was a loud, juicy, and powerful beginning.

By the way, regarding the content creators. Much more than esports, Tundra has been working with streamers and media personalities. Here's a list of people they signed:

Of course, their Dota roster can be called the central pillar of the organization.

Tundra signed the Mudgolems mix in January 2021. In November 2021, after quite successful performances and $300,000+ earned, the entire roster signed contracts up to 2024, which is very rare in esports. But already in February 2022, they replaced Adrian "Fata" Trinks with Martin "Saksa" Sazdov, and still, as you can see, this only benefited the team.

Maxim Demin, a Russian-British businessman, is the ex-manager of Tatneft in Tatarstan. Previously the owner of Bournemouth FC, which he sold for 120 million pounds in early October. When he launched Tundra Esports, Demin Sr trusted some Russian football officials to sign many well-known FIFA esports players to promote Tundra's brand. Nevertheless, at the beginning and for some time, Tundra wasn't even close to any kind of success in esports. But one day, they decided to shift their direction.

Demin Sr left Russia in 2005. These days, he earns by selling fuel, industrial chemicals and metals, finally moving to England and getting citizenship. His Whintel and Whintel Holdings companies are based in Surrey and have nothing to do with Russia. 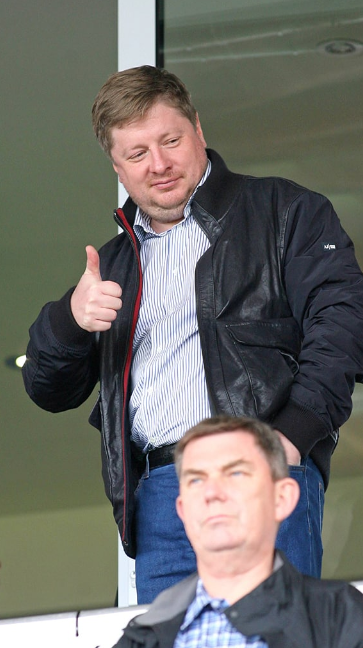 As we mentioned above, he became a British citizen long ago, which is why he avoided the sanctions list and continued his activities as a functionary and a businessman. But here comes the interesting part.

Even though many media consider Demin Sr as the owner of Tundra Esports, there's not much information available about him and the club's other owners. Until yesterday evening, when Liquipedia updated Tundra's page. 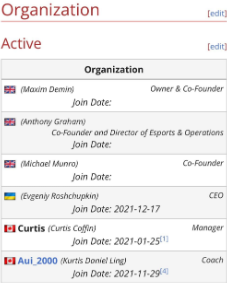 Since December 2021, the Ukrainian Evgeny Roshchupkin, who previously worked at Viber, Red Bull and Gfinity, has been named the CEO of Tundra Esports.

However, it's much more straightforward. We found a different person after browsing through Twitter and victory celebration photos after TI2022.

Maxim Demin Jr is obviously the son of Maxim Demin, given his surname and similar appearance. And his Twitter header reads, "Owner and co-founder of Tundra Esports".

Fun Fact: almost at the organization's start, Tundra signed two severe partnerships: with the Kappa sports brand and TikTok. Why? No idea. Recently, they also signed with 1xBet as the leading partner.

Overall, Tundra Esports appears to function as a well-thought-out project that has skyrocketed successfully. It's pretty risky in (e)sports, and there should be investments. The club works qualitatively with the media and the community; they develop and grow. And now they have written themself into the history of at least one major esports discipline forever.

Indeed, Tundra had a decent start thanks to serious funding, but allow us to draw some parallels with football since there are so many people related. For example, Manchester City FC started winning the English Premier League titles not because of genius coaches and tacticians. Instead, the Arab sheikh poured a lot of money into the team and waited for quite some time to establish the Blues' league hegemony.

We wish Tundra success. They absolutely deservedly won The International 2022, being head and shoulders above all their rivals.