Why Astralis Should Be Looking at Mertz

Despite what some diehard fans might say, it’s been a hot minute since Astralis was a consistent title contender. There are arguably a lot of factors to the Danes’ downfall, but one of the main points of discussion over the last two years has been about the team’s AWPers. While I don’t think it’s the sole issue that needs to be addressed to get Astralis back into winning form, I feel there’s a straightforward upgrade in the sniping department just waiting for Astralis to come knocking; Daniel "mertz" Mertz.

The StarLadder Berlin Major, was nearly three years ago, and while Astralis closed out 2019 with many trophies, things haven’t been great for them since the online era. Andreas "Xyp9x" Højsleth and Lukas "gla1ve" Rossander were eventually placed on medical leave, the team experimented with an extended lineup, but they only started getting results again at the end of 2020 when the band got back together. The top placements were short-lived, and Astralis failed to carry the momentum heading into 2021. 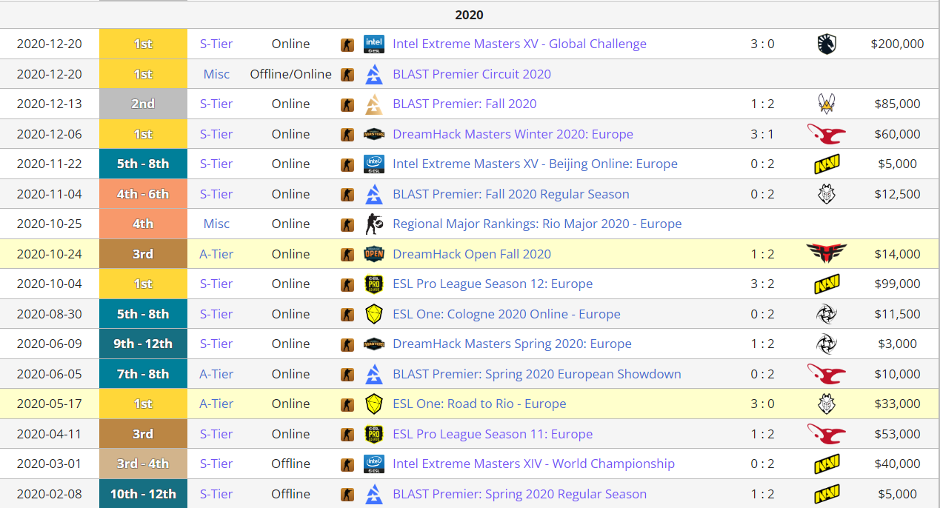 Astralis have underperformed compared to their peak in 2019 (Credit: Liquipedia)

We eventually saw the departure of Nicolai "dev1ce" Reedtz in what felt like the beginning of the end for Astralis. By the end of the year, Peter "dupreeh" Rasmussen, Emil "Magisk" Reif, and Danny "zonic" Sørensen were all on their way to Team Vitality. While the rifling roles were filled by the competent hands of Complexity duo Benjamin "blameF" Bremer and Kristian "k0nfig" Wienecke, Astralis has struggled to fill the AWPing void. Every new sniper hasn’t felt so much like a replacement for the previous, but rather as a replacement for dev1ce, as he is the gold standard to which every AWPer gets compared. In my opinion, this is still the case for Asger "farlig" Jensen, the current AWPer of Astralis.

At the end of the day, I can’t fault farlig for Astralis’ recent struggles as their poor form far outdates his arrival. But so far, he hasn’t exactly been the solution Astralis was looking for. Averaging a 1.00 rating throughout his tenure with the team, farlig is undoubtedly lacking compared to other world-class AWPers. With that said, he’s only 23 years old, and when compared to Astralis’ previous sniper, Philip "Lucky" Ewald, he has undoubtedly been an upgrade. Still, it was also clearly quite early on that Lucky wasn’t ready for the leap to Tier 1. 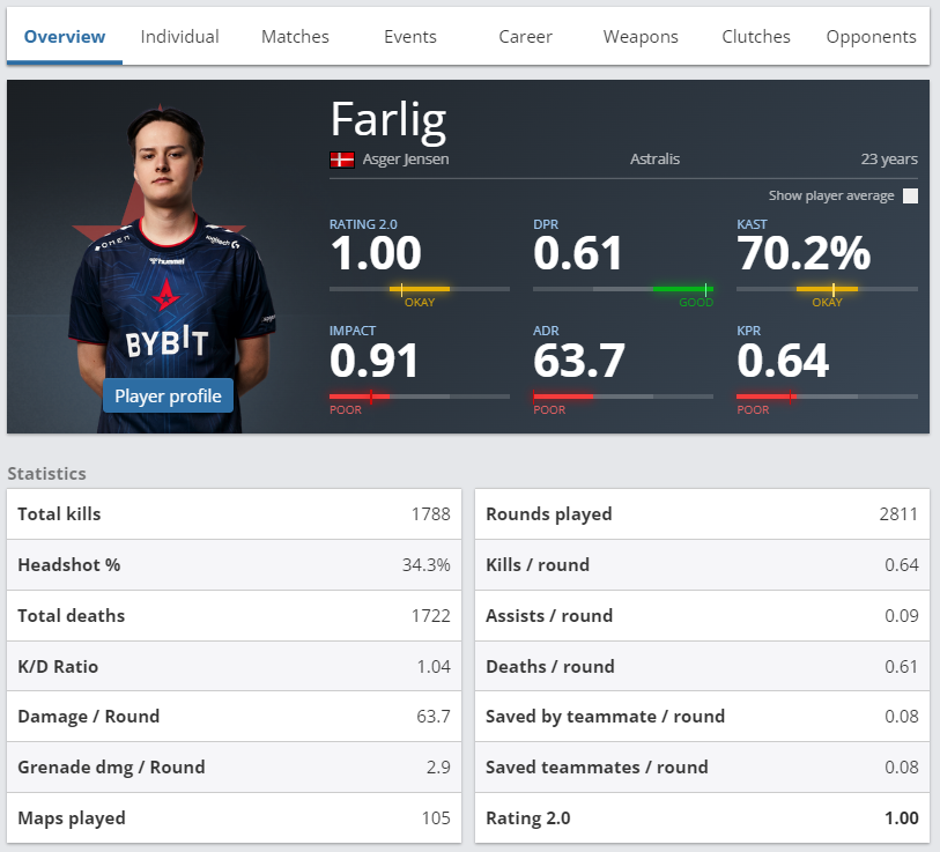 I don’t believe that Astralis will be making another roster move quite yet; so farlig should still have a bit more time to integrate into the system and get more comfortable fully. He showed a lot of promise during his time with Copenhagen Flames and could somewhat hold his own with GODSENT and FunPlus Phoenix. But the odds are stacked against farlig, and if results don’t improve by the end of the IEM Rio Major 2022, his spot on the team will likely be at risk.

With the belief that Astralis needs a new AWPer, many people have put forward international players, such as Tim "nawwk" Jonasson. While I certainly don’t think that nawwk is a bad player, I don’t see Astralis going international for a few reasons. The main one is that communication would likely be a huge issue. While all of the current Astralis players are fluent in English, I don’t see them changing their in-game communication to accommodate one new player. As for an international player learning Danish, it’s easier said than done. Just because someone speaks, Swedish doesn’t mean they can talk or even understand Danish.

The other reason I don’t see Astralis looking to bring in international players is that I don’t think that they’d want to move away from their Danish identity. As a recent. For example, there were a lot of mixed responses in the French community when Vitality brought in the former Astralis trio, and even more so when they recently lost their French core by bringing in Lotan "Spinx" Giladi. Astralis has always been very proudly Danish, and while it’s not like the Danish community would witchhunt an international AWPer or anything, I just don’t see them making a move that could potentially isolate or divide their fanbase unless the likes of Oleksandr "s1mple" Kostyliev or Mathieu "ZywOo" Herbaut come knocking.

There are several talented young AWPers in Denmark, but as was seen with Lucky, there’s also a massive gap between the Danish T3 and T1 scenes. For those that didn’t follow Lucky before he arrived in Astralis, he was an absolute beast within the T2-3 European scene, averaging a 1.13 rating over his time with Tricked Esport. He was quickly one of the next big things in Denmark, but he wasn’t quite ready to leap a team of Astralis’ caliber, especially with them not being at their best. The same could be said for a lot of the promising snipers in Denmark right now, from Andreas "void" Dietrichsen to Benjamin "brzer" Jensen, to even the newly signed Astralis Talent AWPer Kristoffer "kristou" Aamand. 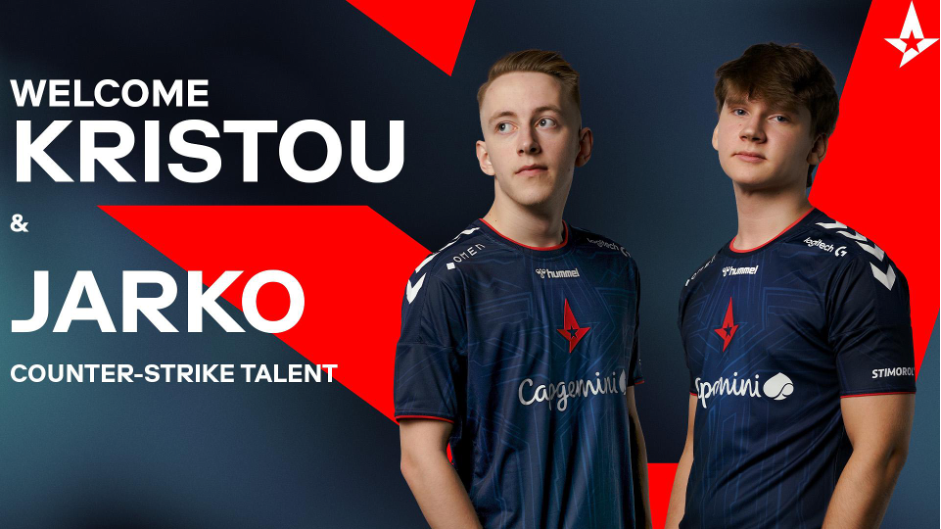 Astralis have an academy team but have not done as well as other organizations have (Credit: Astralis).

As a side note, I also feel Astralis has done a relatively poor job with their academy team thus far. Lucky is a fantastic player with tons of potential; he’s the exact profile that Astralis should’ve looked to sign to their academy, as they would’ve been able to better develop and mold him before promoting him to the main team instead of essentially Throwing him to the wolves to fend for himself. Lucky’s stock has fallen tremendously in The public eye due to his lackluster performances in T1, an experience he wasn’t quite ready for. Who knows how long it’ll take for him and his reputation to recover? 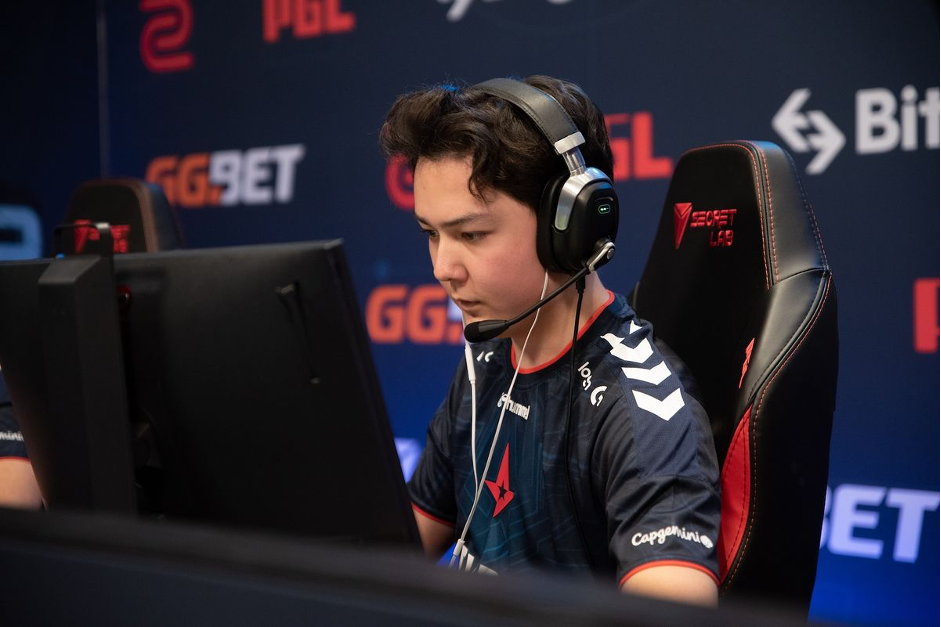 In my eyes, Astralis Talent has mostly failed as an academy project, as no players were developed in a way that led them to be promoted to the main team. Until recently, the squad also failed to perform in WePlay Academy League and other online events. The fact that they recently let go of Frederik "Fessor" Sørensen, by far the team’s best performer, and Rasmus "Zyphon" Nordfoss, a player who reached the quarterfinals of a Major, towards the start of the project due to conflicting visions on goals and expectations, speaks volumes in of itself. I like the recent additions of kristou and Nicklas "jarko" Rasmussen, but it feels like a massive downgrade given that Fessor is likely the best up-and-comer in Denmark right now.

Anyhow, the point I’m getting at is that there are tons of talents in Denmark, and Astralis has even had a few of them on their books. Yet, they have failed to properly develop them and promote them to their main squad in a period where they’ve seriously lacked firepower in the AWPing department.

What About Veterans Then?

So if the young guns still need time to develop, what about some more experienced AWPers? Well, there are certainly a few older AWPers dotted about in Denmark, but I think that most lack either the firepower or the experience to join a team like Astralis and help them on their journey back to the top. The likes of Sebastian "larsen" Larsen or Thomas "Ryxxo" Nielsen certainly serve essential roles in the Danish ecosystem, but given the previous factors as well as their respective ages, I just don’t think they can seriously be considered for the role. 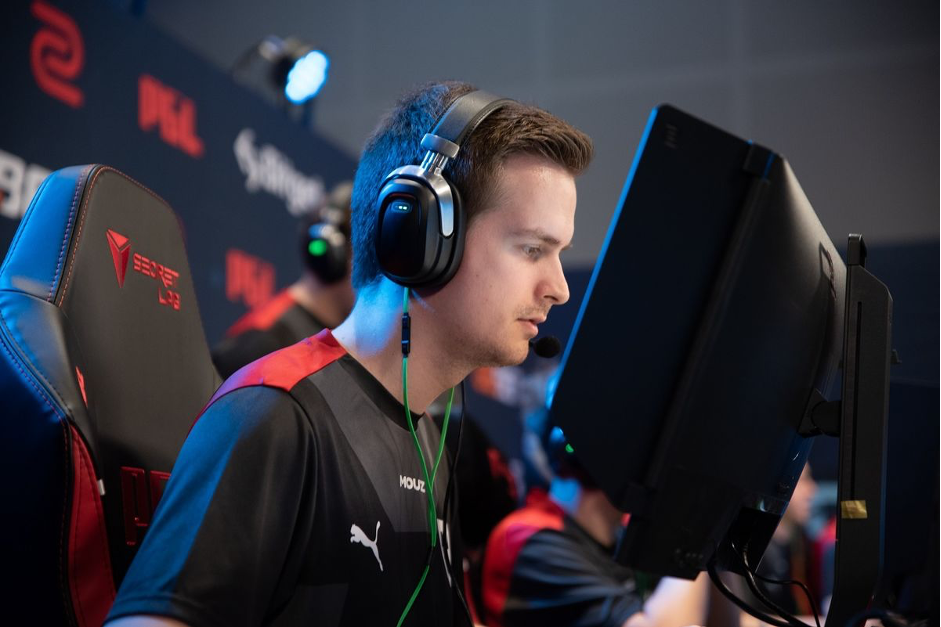 acoR is possibly an option, but not a great one (Credit: PGL)

Frederik "acoR" Gyldstrand would have potentially been an exciting option. Still, it’d be a gamble on him returning to the form he previously had on MAD Lions as opposed to what we saw from him on MOUZ, which I believe was just the wrong system for him. As it stands though, it seems as though acoR is likely joining Team GamerLegion, and I think that’s a better option for him to get back on his feet. Some people might even suggest Casper "cadiaN" Møller, but given the levels Heroic have reached in recent years as well as the situation with Nicolai "HUNDEN" Petersen and Astralis, I believe there would be too much history and baggage to even consider it as a feasible move.

The Hero to Save the Day

Taking into account all of the previous factors, from the experience gap in the Danish scene to the unlikeliness of bringing in an international player, I believe that the best person to take over as Astralis’ AWPer is mertz. He was once considered to be the next big Danish player, but what held him back wasn’t his skill, it was his attitude. Much like farlig, mertz is also 23 years old, but he started competing in 2015, giving him a head start on Astralis’ current sniper. He has experience playing at a high level during his time with North and Heroic, and anyone that watched him play should remember just how explosive of a player he could be. 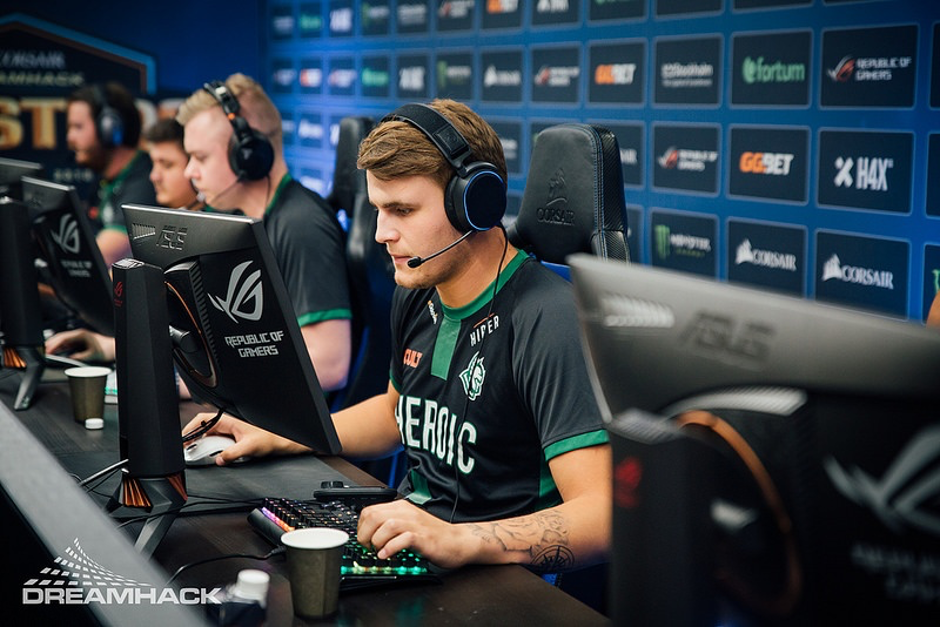 I believe the stylistic difference between Mertz still could be of great importance in Astralis’ journey towards crafting their new identity. As I said before, I don’t think that the AWPers are the sole issue for Astralis, as both Xyp9x and gla1ve have had really poor showings over the last few months. One could more easily forgive gla1ve as the in-game leader, but however way you slice it, this team is not the Astralis of old, and if they refuse to adapt and evolve, they’ll always be living in their own shadows.

A lot of people might be uncertain about mertz’s character, but to my knowledge, it seems as though he has come a long way since the Heroic days. It appears as though he matured a lot during his time with Copenhagen Flames, and it’s not like k0nfig doesn’t have a history of being quite rambunctious, so Astralis may also be willing to give mertz a chance. It’s also worth mentioning that mertz only got better after his time with Heroic, as he performed quite well with CPH Flames and x6tence in 2020, and only got better with Nordavind in 2021, averaging a 1.17 rating over 121 maps. There can certainly be some slight cause for concern regarding mertz’s form, as he has been out of the action in Counter-Strike for over a year after moving over to VALORANT. But he announced his return to CS:GO in March 2022, patiently waiting for the right opportunity, and given his experience, his firepower, and his growth as a person, I genuinely believe that mertz is the best AWPer Astralis could look to pick up.