Why Masters Reykjavík 2022 is G2’s for the taking 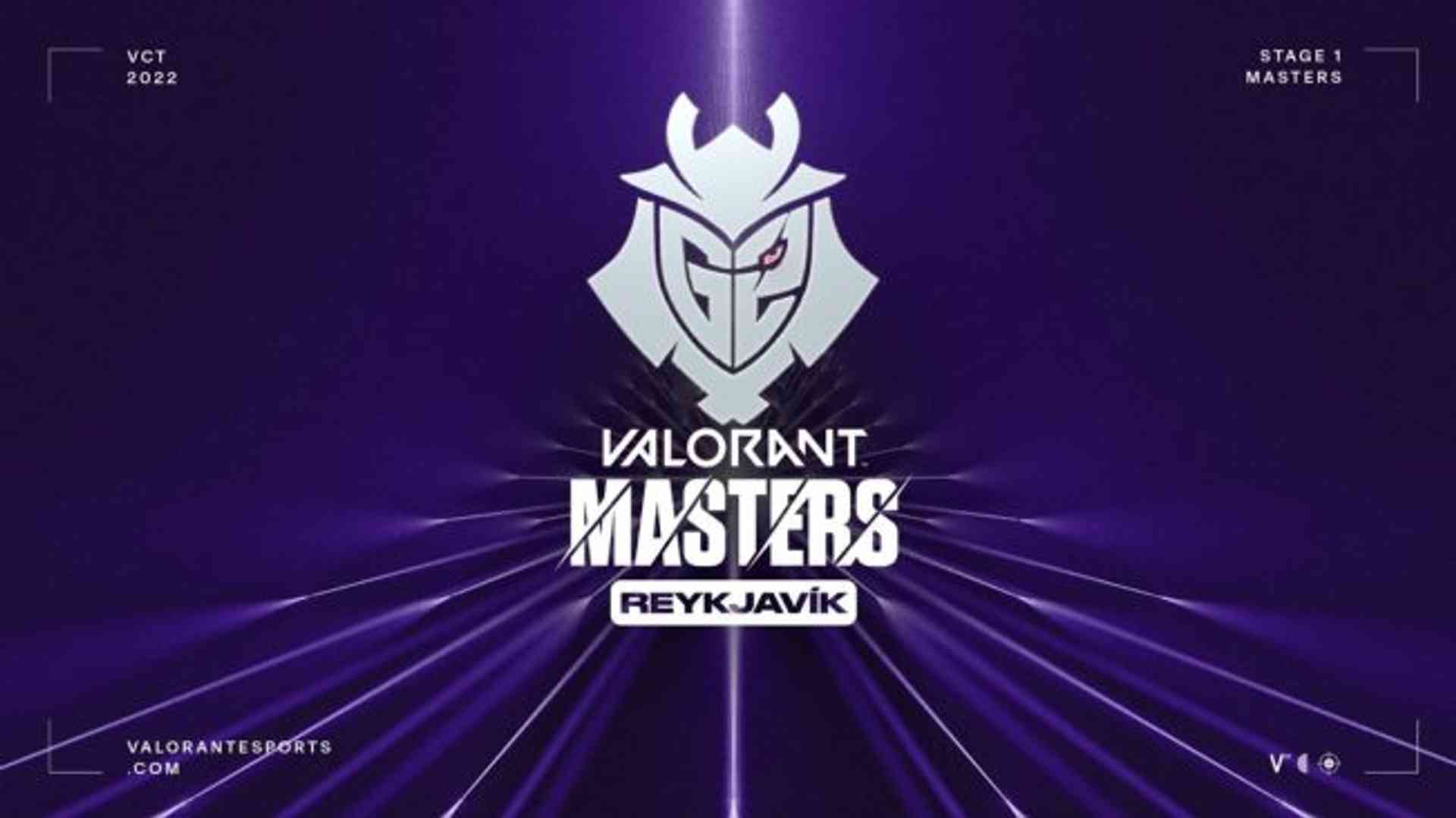 Can G2 take the top spot at Reykjavík? BLIX.GG’s Daniel “PokemonDan” Medado takes us through the reasons why the answer to that question is yes.

The spotlight is set and searching for a target as VALORANT’s first International LAN of the year approaches. With the regional Stage 1 Challengers results, it’s been decided that there will once again be a new International Champion, with reigning World Champions Acend failing to qualify for this year’s first Masters. In their spots, Fnatic, G2, and Team Liquid will be representing EMEA, with FunPlus Phoenix having to withdraw despite topping the EMEA Challengers. Against the bests of Asia-Pacific, South America, Korea, Japan, and North America, here’s why I believe Masters Reykjavik 2022 is G2’s to lose.

Before we get into an argument for G2, we should look at the competition. Check our VCT Stage 1 Masters: Reykjavik preview to understand all the teams participating in the event. Let me rank the teams according to who I believe is the least challenging to most challenging for G2.

Sorry Japanese fans, but with all the data, matches, and info we have available, there is not a strong enough argument for ZETA DIVISION to even be much of a fight against most if not all of the teams in the event. While on the contrary, North America’s The Guard will most likely pose the biggest obstacle for G2. 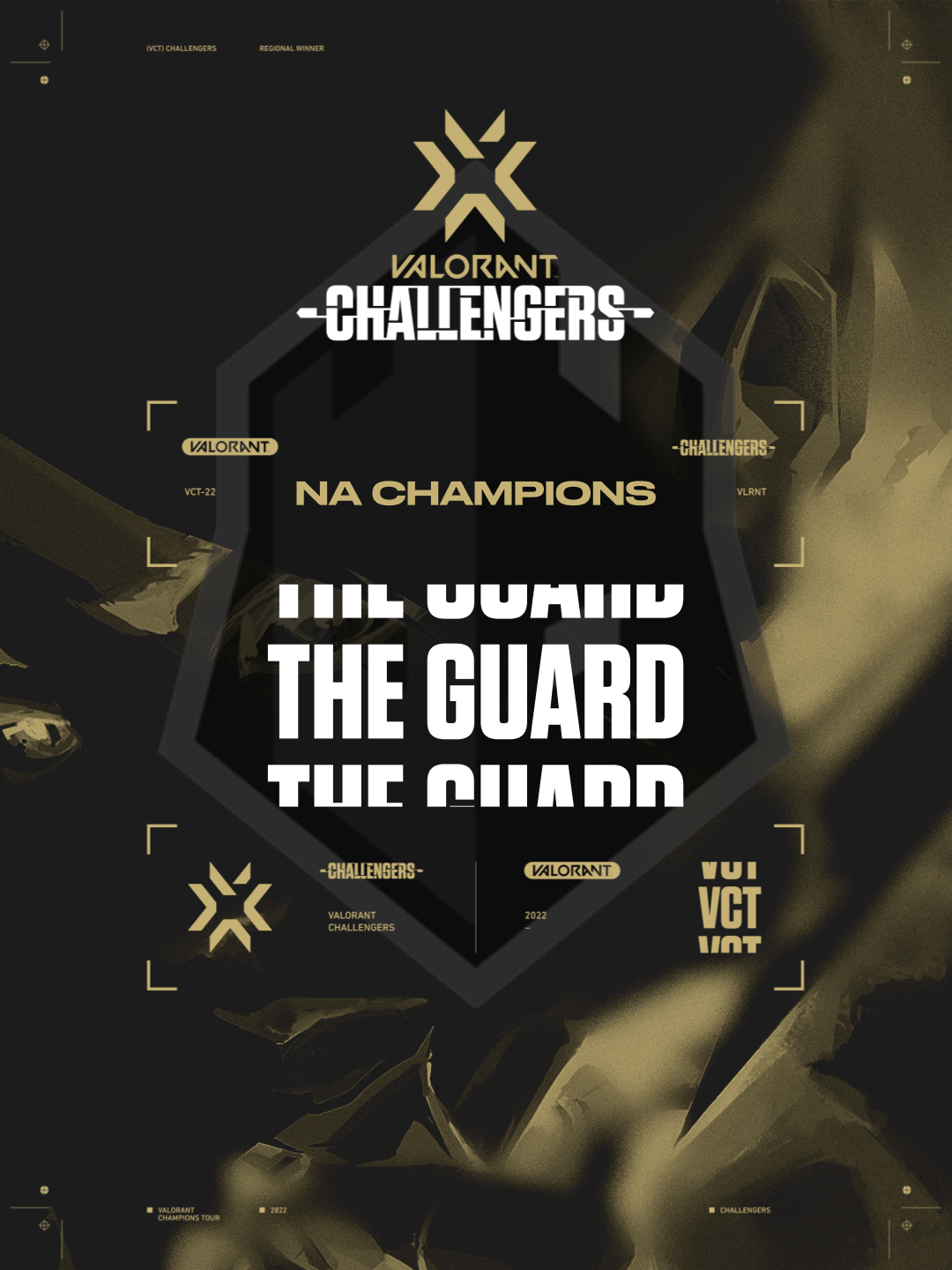 With The Guard, OpTic, and Fnatic as the likely biggest challenges for G2, let us look at some numbers to compare the four teams and see how they stack up against each other on paper.

Data used will be scarce, as I will only use stats from matches played on Patch 4.04.

We cannot tell a lot from this data, but to point out the obvious, teams don't like Breeze, and they all seem to have their specialty maps. Like Ascent for OpTic, Icebox for G2, Fracture for Fnatic, and Bind for The Guard. These give a lot of interesting dynamics when it comes to map vetos, as G2 will most likely be forced to play against these teams' best maps and will most likely also play against some secret preparation.

For a team like G2, who has played the second most maps in the new patch (behind The Guard) among these four teams, there is a lot of content available for preparation and Anti-Stratting to be used against them. 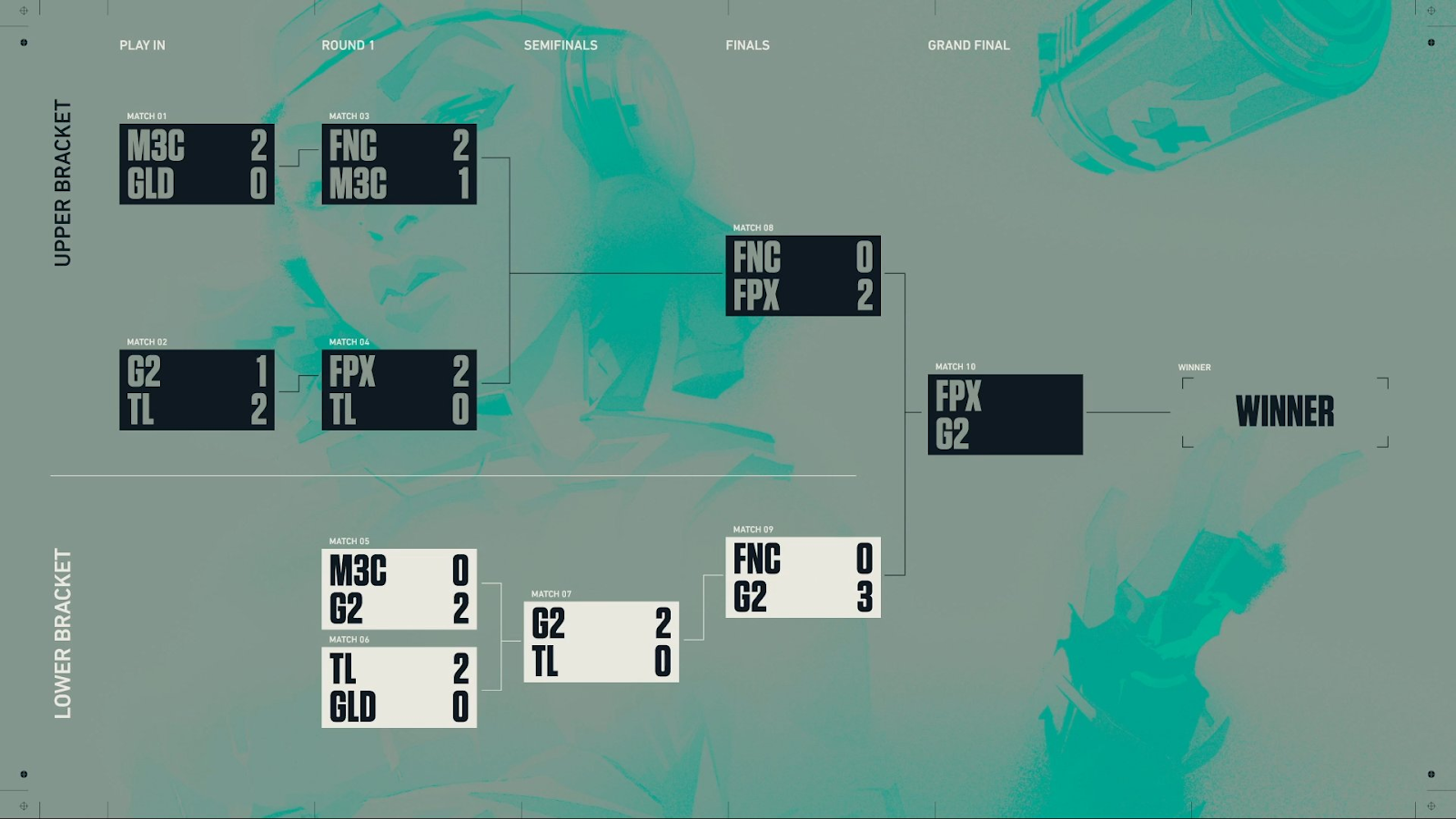 G2 will have to face all the different agent compositions they may not be used to seeing in EMEA to add to their challenges. These include OpTic and their fondness to pick Neon on Split and Haven. Or The Guard’s conventional Icebox lineup with a duelist in Jett, where G2 and most EMEA prefer to go without a Jett in favor of Killjoy.

The upside to this for G2 is that it is not only them who has to adjust, and who can be Anti-Stratted. The team has shown its capabilities in preparing, surprising, and tactically out-maneuvering their opponents during the EMEA Challengers playoffs. With just a raw eye test, G2 may be the most equipped in tactics and in-game calling. But let’s look back at their runner-up finish during the Challenger Stage.

The EMEA Challengers Main Event was full of surprises. It was unpredictable, except for one team, from upsets to double upsets. After FPX’s dominant Group Stage, many had high hopes for them come Playoffs. And they did deliver in the same dominant fashion as the Group Stage. Despite that, due to circumstances out of their control, they will not be attending Masters Reykjavík 2022. Instead, Team Liquid will be representing the region in their absence. With FPX unfortunately out of the picture, this is another reason why I believe Stage 1 Masters is now G2’s playground.

G2’s Challengers group stage results were stained only by the flawless Fnatic and Acend. These results painted them as a competent team coming into playoffs but unlikely to make it far. And their 1-2 loss to Team Liquid in the first round of Playoffs solidified that idea. In the lower bracket, the magic began for G2. 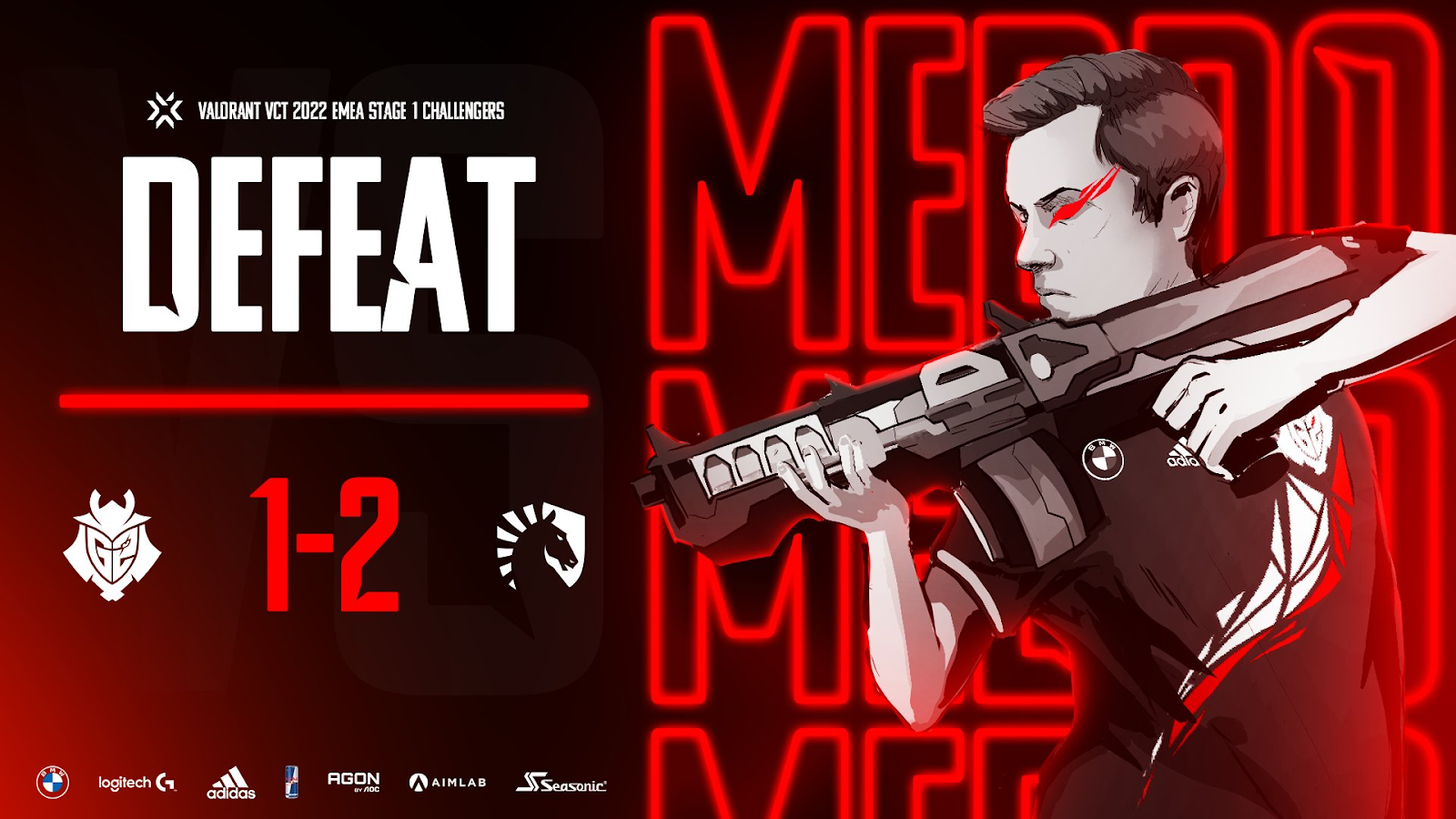 G2 started their Challengers playoffs run with a loss against Team Liquid.

Facing M3 Champions (M3C), who were knocked down by Fnatic, G2 pulled off a quick 2-0, where Fnatic had struggled tooth and nail just to best M3C. This was a big surprise, but only the beginning of the shocks. In a rematch against Team Liquid, G2 simply outclassed them, 2-0. As if they were a completely different team than the one from the opening rounds of Playoffs. Next was an anticipated matchup, a G2 on fire and a Fnatic who looked great all event until they faced FPX.

All odds favored Fnatic, yet it was G2 who would move on to the Grand Finals after beating the team 3-0. In Fnatic’s defense, the first three maps played in the series, the three they lost on, were the team’s first time playing official matches on those maps after patch 4.04.

And with those results, G2 completed their flawless lower bracket run to become finalists and match up against FPX to determine EMEA’s Stage 1 Challengers champions.

In the end, they lost 3-1 against FPX, but in the process, they showed great performance, preparation, and mental, to climb atop EMEA. Convincing fans that they now have what it takes to claim an International trophy.

But we’ve looked at favorites, the big names, but nothing is ever as simple as that. If we genuinely want to see G2’s chances of winning, we have to consider the Dark horses of the event. The underdogs could very well upset G2 like so many teams have been before.

Don’t forget, The Guard just two months ago were considered underdogs — look where they are now.

Another International event calls for more underdog stories. In the past, we’ve had the likes of Team Secret, KRU Esports, Team Envy, Gambit all considered underdogs. Understandably, surprises are bound to happen if you play in a whole different region from everyone else. For G2 to claim the crown, they’ll have to adapt to whatever a team throws at them. This includes all the underdogs you would never want to underestimate because if you lower your guard, that’s when these underdogs strike.

With all the information we have available, these are the teams I believe have the potential to pull off the biggest upsets in the event.

Paper Rex is the APAC Challengers champions, who faced little resistance on their way to the top.

XERXIA are the runner-ups to Paper Rex, being the only team who could dent Paper Rex’s armor, dealing them their two of only three map losses during the entire event.

LOUD entered competitive VALORANT early February this year. Since then, they have taken the region by storm, led by players with as much experience as playing in VALORANT Champions with Team Vikings to players just now qualifying for their first International LAN.

DRX may be an unfamiliar name, but Vision Strikers may ring a few bells. The best VALORANT team in Korea returns with a renewed arsenal ready for the International stage.

The Argument for G2

With all the outside factors discussed, all that’s left is to discuss G2.

The team is currently composed of a five-man roster, namely.

This team is no stranger to international events. And despite their downward trend at the end of last year and early this year, it honestly seems they have solved their early woes and problems. And though it may sometimes take some explosive performances from nukkye or mixwell, G2 has done very well to address the shaky mess they were dealing with at the start of the season.

G2 have all the names needed in terms of firepower; they also have who I believe is a great IGL and a coach who has helped them in their Strategic and tactical play. The Guard has some of the best teamwork and preparation, but they may still look a bit chaotic and unconnected sometimes. G2 can be similarly described, but their missing parts were made clear in the best-of-5 series against FPX. Whether FPX’s run was an anomaly or not, it still showed G2’s inability to close out against teams who are both firing on all cylinders and working as a unit.

The best argument as to why I believe G2 will win is - they are the most complete team in the event and have shown the most promising performances on most maps.

The tournament will be more than just a raw power brawl. With a whole new meta, new strategies are formed left and right. Implementing and executing those strategies on the most picked maps will give you a massive advantage against every other region, no matter your playstyle.

G2 are the kings of Icebox, yet they lost to FPX and their Kay/O + Sova lineup. If they can’t figure out how they could have beaten FPX, they will have lots of trouble facing NA’s The Guard and OpTic. If they also come out strong individually but fail tactically, that gives the APAC and Korean teams a great chance at beating them.

But I believe G2 are more prepared than most expect them to be. For example, G2 has little showtime on Haven, yet they don’t ban it. This gives them much potential hidden game plans they can use if they decide to throw a few curveballs during map vetos (Which they most likely will).

The overall sentiment is that G2 seems to have everything in its hands. They have a more significant grasp on their future than other teams, which puts them as the clear favorites to win it all and claim their first international trophy. 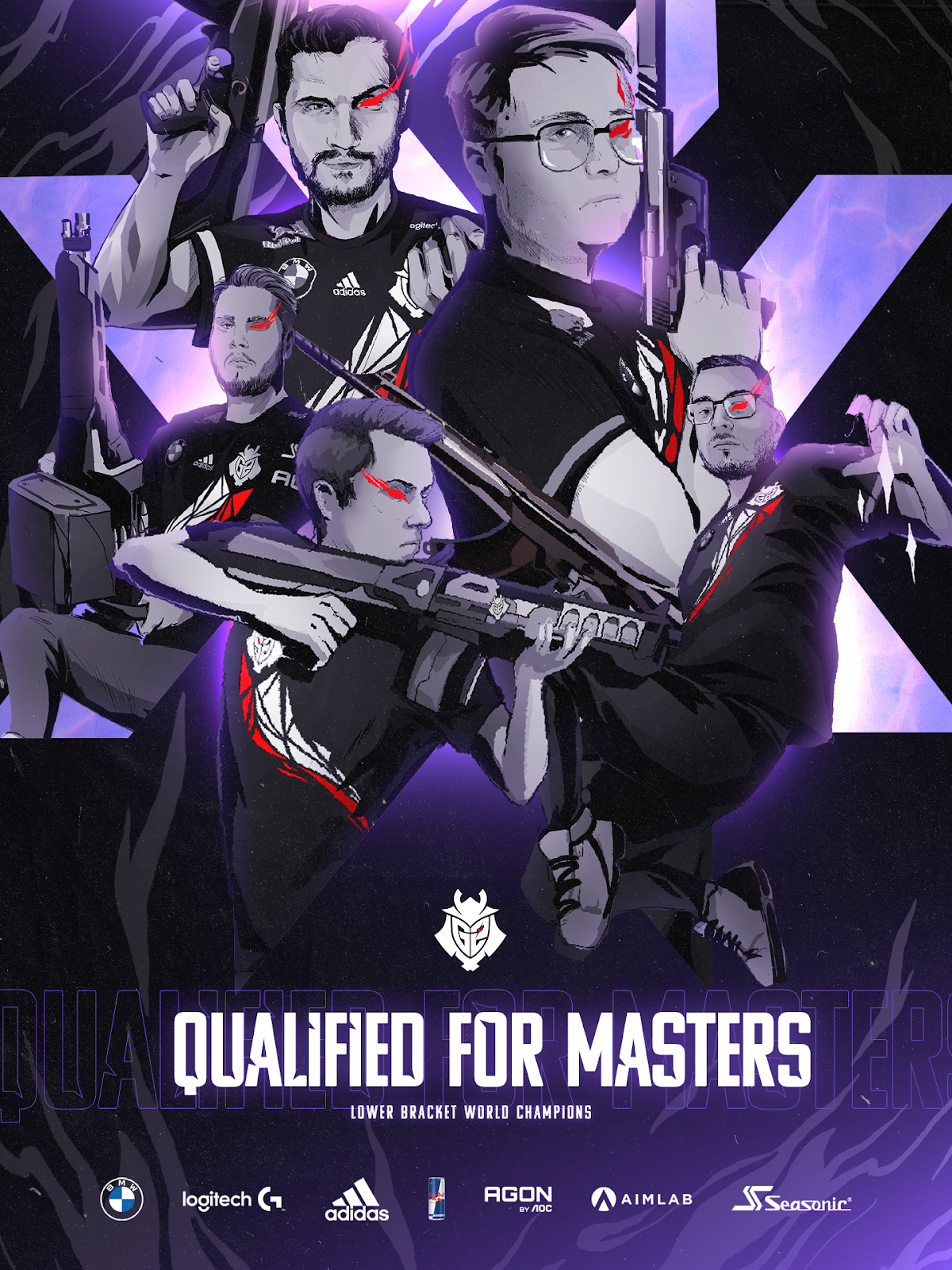 Once everyone is in-game, it will be up to them, and only them, to show the world what they’ve got. And if you want to follow G2 on their journey, tune in live on the official VALORANT Twitch channel when Masters Reykjavik starts this coming April 10.