Wunder: “I think it'll be fun if Weibo Gaming makes it, then I can play against TheShy again… Out of all of the NA teams, Team Liquid is probably going to be the most fun since they have Bwipo.” 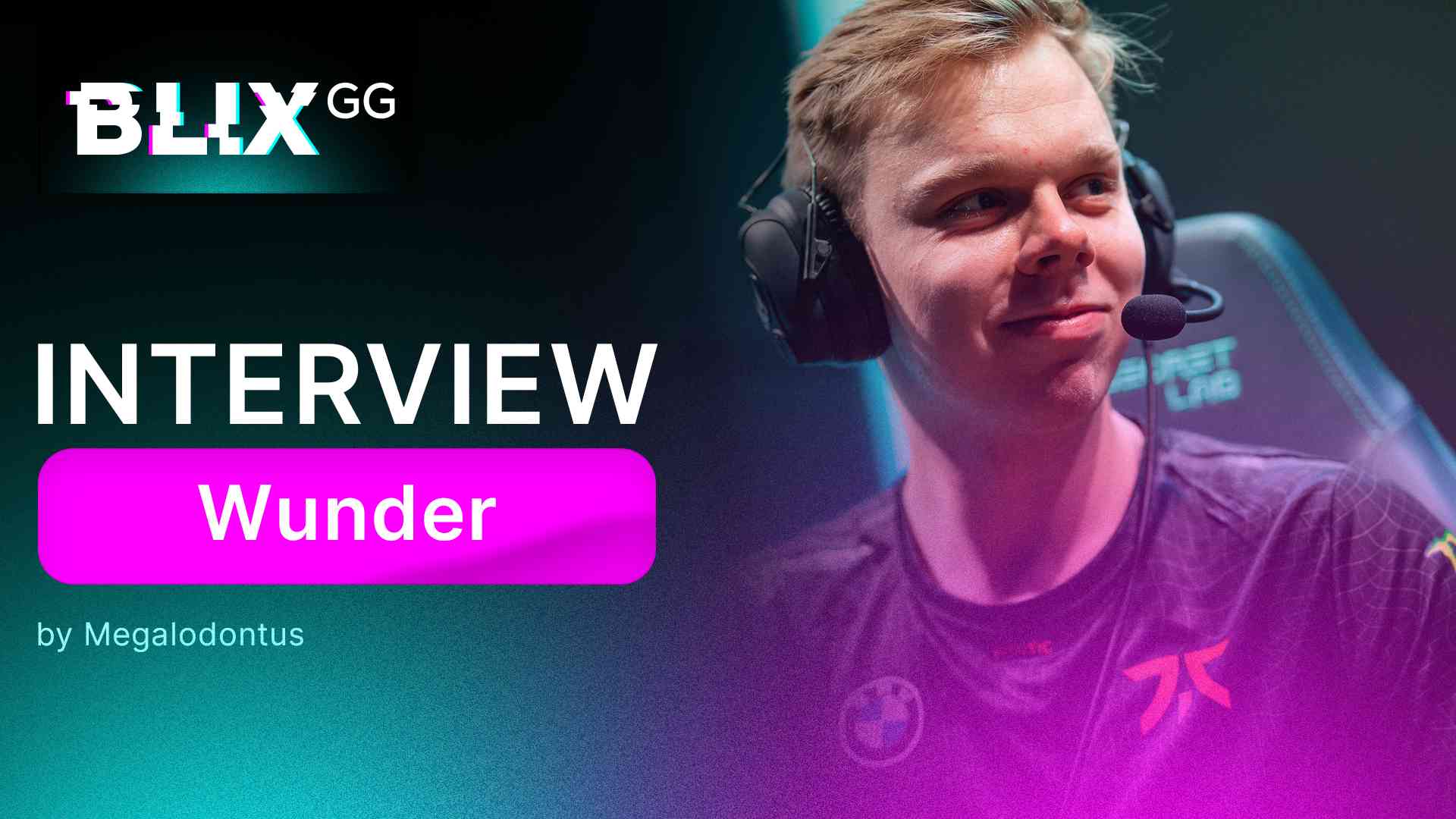 After a gruelling superweek in Week 8, the LEC 2022 Spring Season has come to an end and the standings are locked. Fnatic have locked in second and are confirmed to face G2 Esports in the first round. A classic rivalry right off the bat.

BLIX.GG spoke to Fnatic’s top laner Martin "Wunder" Nordahl Hansen after their loss to Misfits on the second day of superweek. He briefly talks about Fnatic’s form, his thoughts on the playoff teams and who he’d like to meet if Fnatic qualify for the Mid-Season Invitational 2022.

First and foremost, Wunder, thank you so much for accepting this interview. The first thing I want to ask you about is the recent game against Misfits. Well…what happened?

Wunder: Yeah, I mean we had a really weird game. I think our bot lane got pushed in and Misfits were looking to dive but we managed to defend it while also getting a kill in mid, and then I ran back to top lane to defend because of my position after teleporting in bot. Our early game was going really well.

I think the only thing they could do after a while was make a play with Lee Sin and Camille, and they tried a couple of times. I think there was one time where it was kind of unavoidable where they dove me but the other times, I just managed to trade it one for one or just outright kill them.

It was just one fight where I think we chased too far. We had a free game ahead of us, we could have turned back and instead we threw it a little bit. There were a lot of pauses too and we could have still won the game but it was just a really weird game after that. I don't think we maintained our focus quite enough to close it out.

Now that Misfits are locked into playoffs as well, do you think that they will get away with more of these huge comebacks in playoffs?

Wunder: No, I think Misfits is probably going to lose their first match. I don't really know who they're going to play against. They're in the top four so they're gonna have two chances but out of any of the teams in top four, I think they will not win a best-of-five against any of them.

Wunder: We recently moved office and there are still things to fix. For example, I think the temperature today in our room was a bit too hot. There are things we're gonna work on so the conditions become optimal for our team.

But if you're talking about being comfortable, of course, you feel comfortable playing on a setup that you play on every single day of the week, right? So at home, you probably feel more comfortable and confident because you don't have to switch the settings every time you go on stage, for example. Comfortability wise, it’s probably more comfortable to play in the office. But for how excited I am for the game and how fun the game is, the stage is always better. 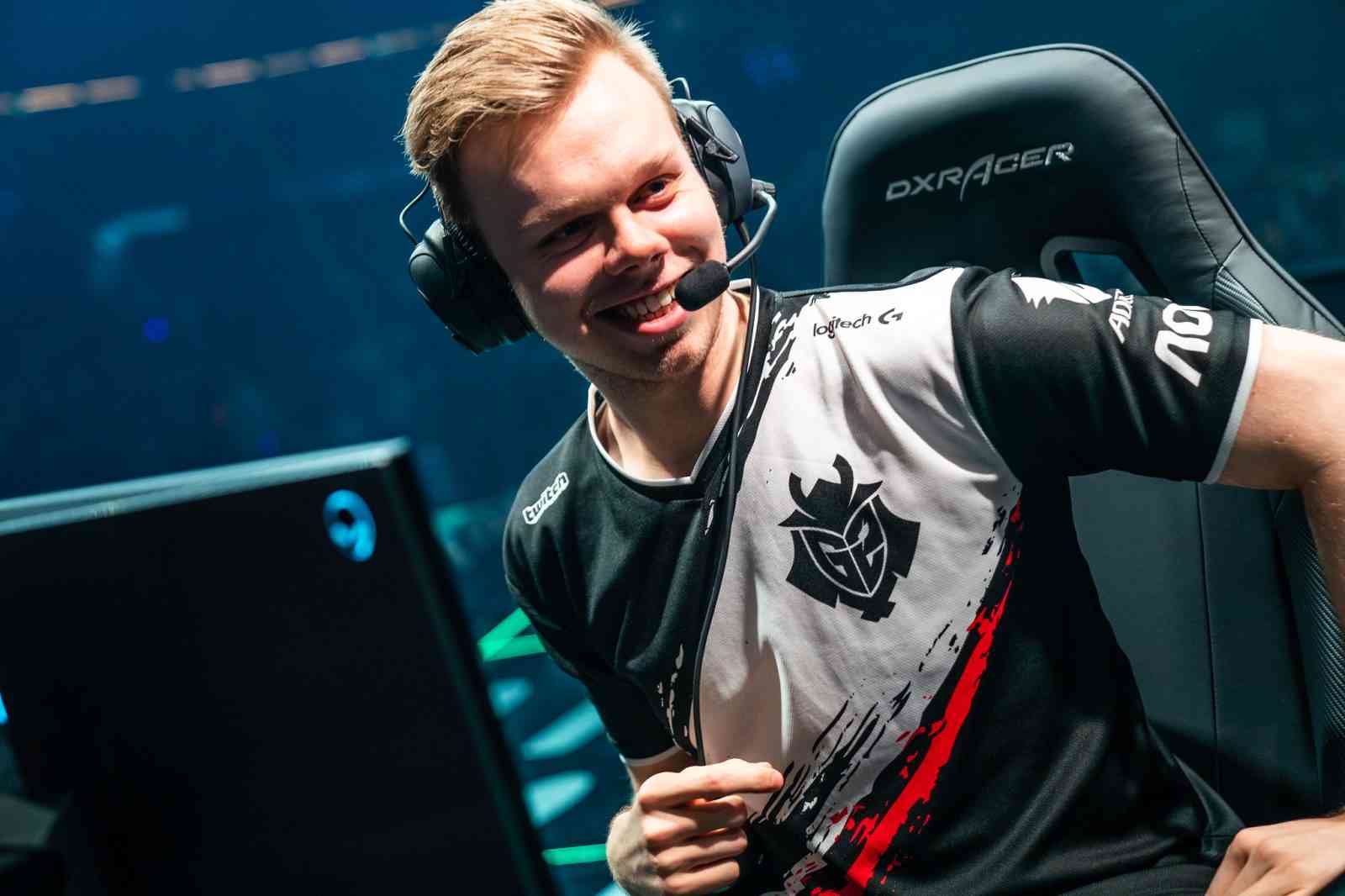 For Fnatic, you guys have come quite a long way. Fnatic has been performing quite well but you guys seem to drop some games unexpectedly, like the Astralis game in Week 6. Talk to us a little bit about Fnatic’s progress so far. What are you guys working on at the moment to overcome these issues?

Wunder: I'm trying to remember all of our losses. When I remember them, I don't think there was a game where we were in a position where it was not winnable. I think in all of those games, we were in winning positions at some point where we could have played better and we would have won the game. It's just a consistency thing, right?

I think when we play our best games, you can definitely see that we are well either cut above or contending for the best team, and we have a lot of those good games. But of course, like any team, especially in spring, we also have poor games. Overall, I don't think we had any completely poor showings. We just have inconsistencies like any other team.

Speaking of inconsistencies, looking back now, where you are and where you guys were in Week 1, what would you say were the biggest problems that Fnatic had to overcome and how do you guys work on it?

Wunder: If it's problems that we already overcame, I'd say especially for stage games, we are listening more to each other and we are more on the same page on what we want to do in the game. Like if it's a good time to fight or if it's a good time to just sit back and let your teammates try and do the lifting and carry you, if you don't have any purpose in the game. I think we're all fine doing that, as opposed to the first couple of weeks where everyone wanted to do something all the time, even though it's not always necessary.

Of course, we still need to do this more often in scrims and have better scrim practice, because these are still tendencies that we show in practice. But when it comes to stage games, this is for sure something that we are doing better than in the first couple of weeks.

Wunder: I think the nefs are good since probably the most obnoxious thing about it were ranged champions abusing it. I don't think buying it every time is that good either. I’ve seen some people buying it on Jayce and I don't think that's necessarily good at all.

There's a lot of ranged champions like Akshan or Graves for example, which this item makes it very easy for them to play the game, even into like all-in champions where you're not supposed to be able to live. You can just buy this item and you can prevent anyone from ever all-ining you and then play your game, permanently pushing or constantly harassing the opponent. Nerfing it for ranged champions was for sure a good move and it might fall down in priority a lot.

Onto the potential playoff teams then. Do you have any team that you particularly want to face?

Wunder: I think G2 Esports is for sure a really strong team, but of course, I would still like to face them. It will always be fun to face them and at some point you have to face every team anyways.

I think as it looks like right now, G2 is probably the strongest team apart from us, so if we don't meet them early, we will meet them later anyhow. It will be exciting nonetheless.

Interesting. What do you think of Rogue then?

Wunder: I think Rogue is solid. In a playoff setting, I think Team Vitality and Excel Esports could be like a bit of a coin toss, but I'd say Rogue looks like the third best team.

In my opinion, Fnatic and G2 are a cut above. However, there's a real possibility that Vitality could be better than Rogue going into playoffs, but I don't have any factual thing to base it on, you know? It's just player for player, it could be the case.

That's fair enough. So, guess we are going back to the era of Fnatic vs G2 in LEC finals then.

Without jinxing anything; let's hypothetically say that Fnatic sweeps the LEC, gets first place and you guys go to the Mid-Season Invitational 2022. Which team and player do you want to meet if you go to MSI?

Wunder: I think it'll be fun if Weibo Gaming makes it, then I can play against TheShy again. But besides there’s not really anything special, I guess.

Though, out of all of the NA teams, Team Liquid is probably going to be the most fun since they have Bwipo. I’ve played against Bwipo in a lot of finals in my career and playing against him once again competitively could be fun. Besides that, I don't think there's any other team that really is too interesting.

Before we end, a fun one for. You mentioned on Twitter that you thought Lost Ark was trash. Are you still playing World of Warcraft or have you jumped on the Elden Ring hype train?

Wunder: No, I still play World of Warcraft every now and then. But I don't play it too much now, I guess.

Wunder: Not really too much. I hope everyone that is a fan of Fnatic or a fan of me has been happy with how the regular season has gone so far, and I just hope we'll keep it up and win playoffs to make everyone proud.

Thank you Wunder and best of luck going into playoffs. You can catch Fnatic taking on G2 Esports on March 26 at 5pm CET on the LEC’s Twitch channel.