ZETA XQQ: “Compared to Masters 1, I would say that we are about 60 to 70% in performance right now.”

ZETA DIVISION took the Valorant scene by storm when they manufactured an incredible run in the lower bracket of the 2022 Masters: Reykjavik playoffs to finish third place for the competition.

On top of recognizing the fact that a Japanese team managed to go that far in an international LAN after the region regularly placed bottom in the standings in prior Masters events, ZETA fostered a benchmark for all teams in the region to follow. No longer do they have to conservatively aim for the middle of the standings against the rest of the world. They can vie for the top without fear of fierce ridicule.

That then explains why, when ZETA lost their opening match in Valorant Champions 2022 to LOUD, there was disappointment not just within the team camp but throughout their home country. The need to rebound was paramount, and ahead of their next match against BOOM Esports, ZETA looked to get back on the right direction, to which they did by beating them 2-1 and advancing to the Group B against LOUD, Brazil's best team.

Following their victory over BOOM, members of the ZETA team spoke to the media in a press conference to discuss their series with APAC's third seed and much more.

Pedro Romero, BLIX.GG: Laz, we hear a lot about the Chamber nerfs and his place in the meta, but clearly it hasn't affected you as of now. Do you feel he is still a little broken? Do you feel there any changes that may be needed or is perfect where he's at?

Koji "Laz" Ushida: That's a really difficult question to answer. In terms of the rising cost of Headhunter and the area getting smaller for Rendezvous, both of these changes did not affect how I play them. In fact, for Rendezvous, the smaller area made me play the abilities more wisely and choose the right timings for usage. In my opinion, it did not change. Chamber is still a very strong agent for playing Operator but I'm not sure he's not too great at the moment when using rifles.

BLIX: XQQ, in Pearl, Round 23 was the round that decided the team's comeback against BOOM. What did you talk about during the timeout?

Hibiki "XQQ" Motoyama: I don't quite remember what we exactly talked about at that moment, but before the comeback, we were being attacked on A site a lot so I remember talking about the countering that and trying to polish the strategies we had done in previous rounds that worked well.

BLIX: At the end of the Pearl match, you had your head down on the desk and looked disappointed. What were you thinking back then?

XQQ: To be honest, there were a lot of occasions where my head was down on the desk with concern, but it must have been our strategy not working on A site defense so that was probably the moment you captured.

BLIX: SugaRZ3ro, in Pearl, you have been holding the same site and the same area and it seemed to have been working quite well. What was your impression on your performance in Pearl?

Shota "SugarZ3ro" Watanabe: It was basically the same impression as how I felt in practices, so no impressions in particular for the match.

BLIX: TENNN, as we know, you had a long break before returning to the roster for the event. How did you prepare for this and at what percentage are you back in shape for the competition?

Tenta "TENNN" Asai: We only had one week to prepare once I joined back in the roster and I was away for one whole month, so having to compete with strong teams in this event was very difficult for me. I would say that I'm at about 50 to 60% back in shape. 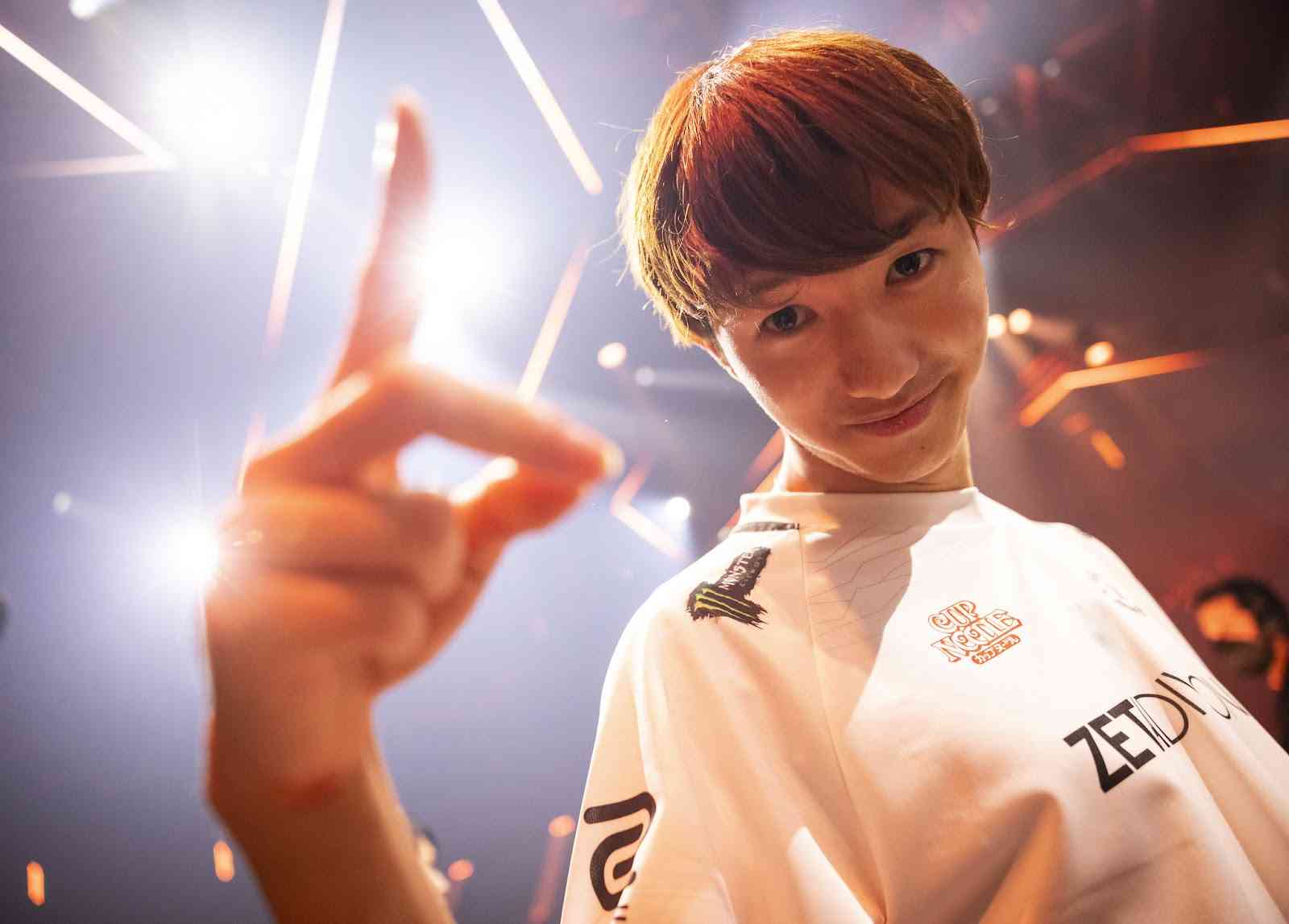 TENN back in action

BLIX: Laz and crow, the performance was getting better map by map. How did you feel about this?

Laz: As you saw, we were performing better by map. Especially on Pearl, we were having a bad push on the very end [of the] game so it's great to have the comeback.

Tomoaki "crow" Maruoka: So the more matches we play, we started to remember back about what happened in Iceland and the experience that we had there and no matter what the situation is, we can go in and comeback.

BLIX: XQQ, since you guys have already faced LOUD, what will you be looking forward to for the rematch?

XQQ: I cannot talk much about the details of the strategy, but in the last match against LOUD, there were a lot of problems about the micro play and the physical battles with the players. In the end, we had a lot of rounds that were very close and we should have been able to secure victory on this, so we are trying to fix that towards the next game and prepare another strategy for the team.

BLIX: TENNN, when you came back, the distance from the monitor is a little bit farther away compared to before. How has this affected your gameplay?

BLIX: Laz, you guys played a very close match in Haven. What about BOOM Esports made it difficult to play against them?

Laz: The Jett with the Operator was very very good, and along with that, the positioning of their Breach was unique. We had a hard time to adapt [to] that. They also had a very speedy skill set so we were having trouble with that too.

BLIX: XQQ, Ever since the team's success in Masters 1, the talk has been about whether or not they can replicate that success for this event. At this moment in time, where do you see the team's form in comparison to what they showed in Reykjavik?

XQQ: Compared to Masters 1, I would say that we are about 60 to 70% in performance right now mainly because of the lack of time in our current roster to prep for the match. Also, we do not have a comp that is up to date with the current meta for all maps. But again, having to compete in any international tournament is always a learning experience for us, so it's up to how much we can learn from our mistakes in each of the matches that we play.

BLIX: Laz, your ace during Pearl was very impressive. How did you feel when you had that ace and how did your teammates react to this?

Laz: They had 11 rounds first so we had to come back for this. In terms of my performance, I had two or three shots of Headhunter missed so I think I could have done better. In terms [of the] team's reaction to this, they were like, 'Oh yeah! you got this!'

Keep your eye on BLIX.GG for more highlights, interviews and analysis from Valorant Champions Istanbul 2022.