7 ADCs that rerolled to support and won their leagues 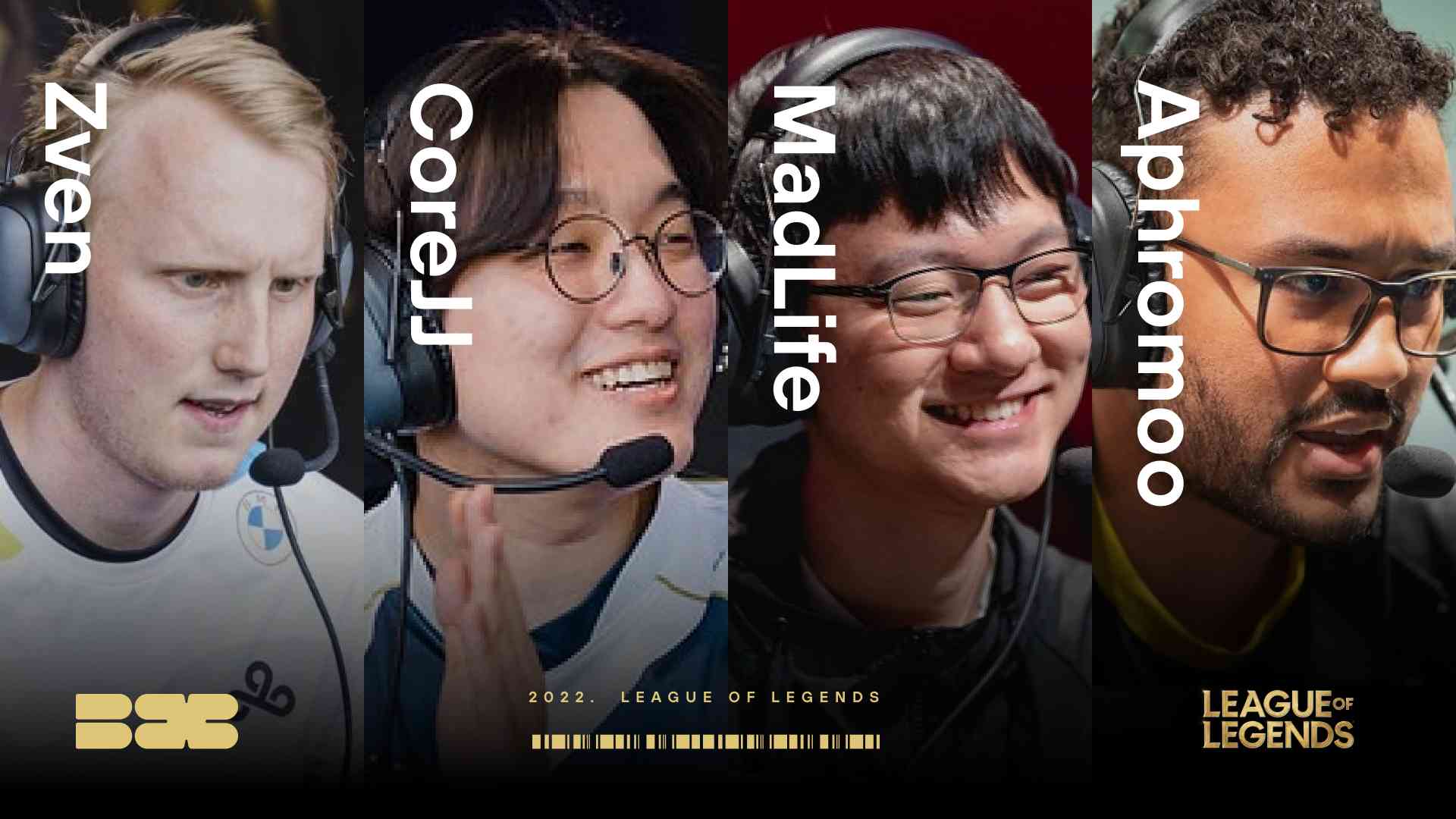 The most recent player to reroll to support and win a major region title is esper "Zven" Svenningsen, currently playing for Cloud 9 in LCS. He joined the team back in 2019 and managed to win two LCS titles with them, but it wasn’t until this Summer 2022, while he spent the beginning of the year as a sub, that the team needed a replacement in the support position after a disappointing 4th place in Spring Split. In an interview with Travis Gafford, Zven claimed that the main reason was that sticking with Cloud9 as support would give them better chances to play at Worlds than with other LCS teams looking for ADC and was a reroll that people inside the team recommended to him.

Read more: Rogue.Trymbi: “Winning LEC was something that should have happened a long time ago” 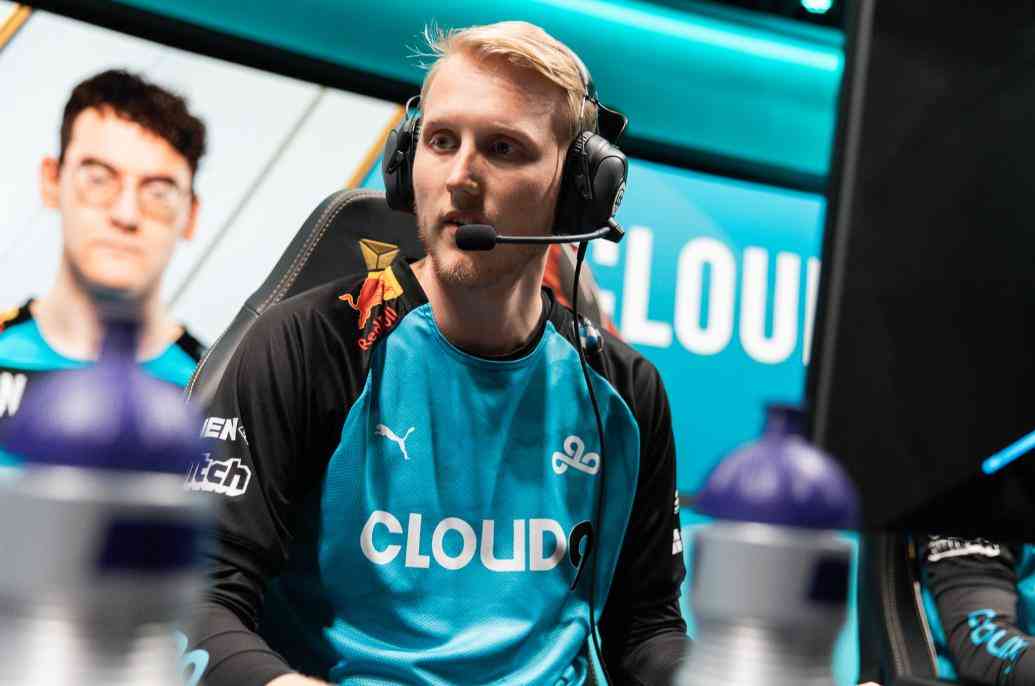 That decision seems to have paid off, as after only one split with a shaky regular season, the team stepped up hugely in the playoffs, as they became better and better each game, smashing 100 Thieves 3-0 in the Finals. We don’t know if Zven will stick in the support position for 2023, but the future looks bright for Zven regardless of his role.

The player with the least recent career in this article would be Hong "MadLife" Min-gi, the legendary Korean support we all know, but most of us don’t know what he did apart from being good at the game. MadLife is probably responsible for all the Thresh and Blitzcrank OTPs out there. He played with 2 of the most important Korean teams in the first years of competitive League of Legends, Azubu Frost and CJ Entus. Besides his fame, he only won one domestic title in Summer 2012, on the LCK equivalent (with international teams participating). In fact, in 2012, he and his team Azubu Frost were considered the best team in the world alongside Russian Moscow5 but got upset in Worlds Finals 2012 by Taiwanese TPA. 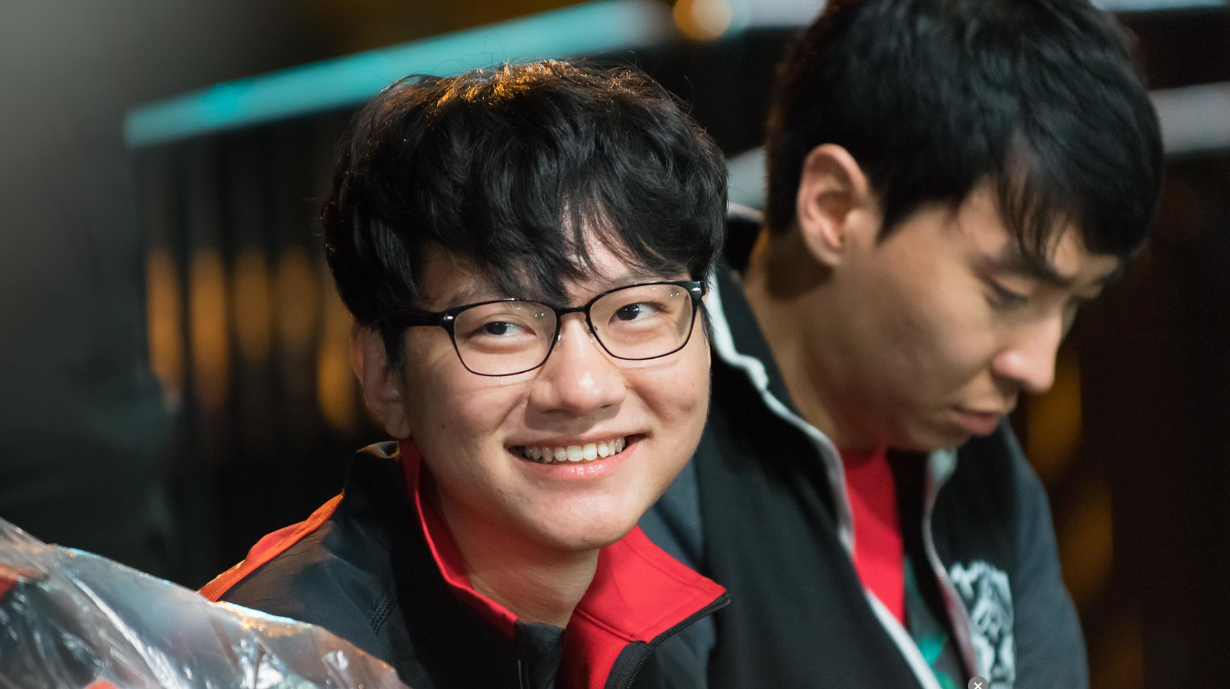 MadLife retired in 2018 after a year in NA Challenger Series after being unable to carry his team, Gold Coin United, into the LCS.

Bora "YellOwStaR" Kim is another old-school player. He started playing the game back in season 1 as an ADC, being one of the highest-rated players, with some outstanding results, such as reaching the Finals in the first edition of Worlds back in 2011. In 2013, he joined Fnatic first still as an ADC, but after winning LCS EU in Spring, the team needed a replacement in support after nRated’s departure. The role swap worked, as YellOwStar and Fnatic started the most dominant dynasty in EU history, winning another four titles. 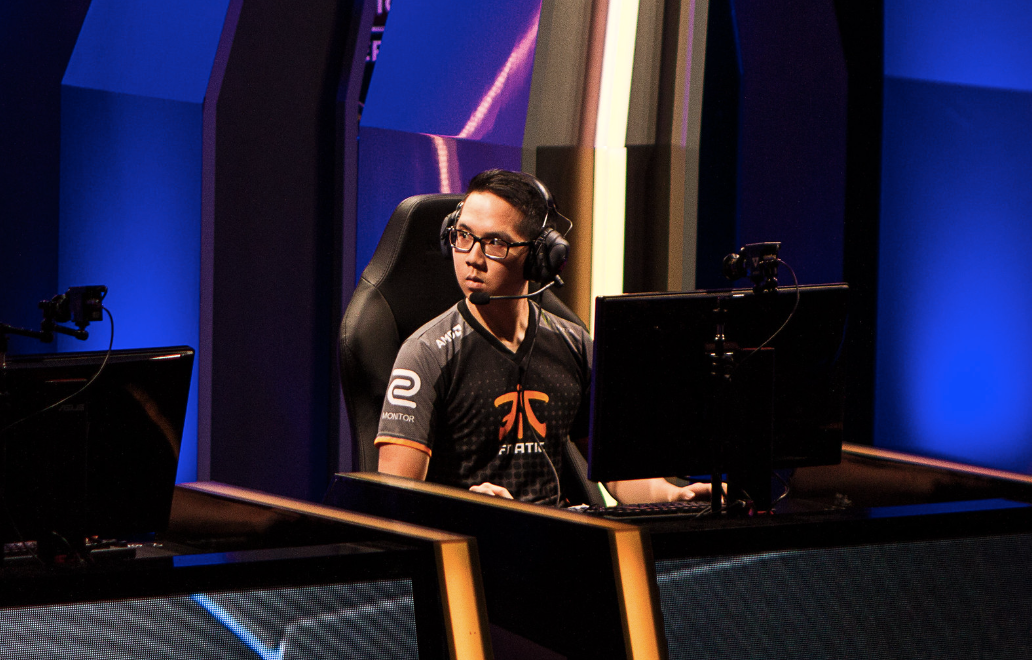 After 2016, YellOwStar retired for a while and made a brief comeback in 2020, joining Team LDLC in LFL, where he won an EU Masters title in Spring 2020. Currently, he works as a player agent after a brief stint coaching LDLC.

Worlds 2020 champion Cho "BeryL" Geon-hee didn’t start his career as an ADC. After just one split playing as ADC in Challengers Korea in 2017, he rerolled to support in 2018, and success came almost immediately. He and DAMWON Gaming qualified to LCK in one year, have never missed Worlds a single time, and won 3 splits in a row with DAMWON in 2020 and 2021, as well as the 2020 Worlds Championship.

BeryL is playing as a support for DRX in LCK and has managed to qualify for Worlds as Korea’s 4th and last seed.

Zaqueri "aphromoo" Black is one of the most veteran players currently playing in LCS, if not the most veteran. He started playing at the beginning of competitive League of Legends back in 2011, that time as a botlaner. He didn’t role-swap to support until after he joined Counter Logic Gaming in 2013. At that time, CLG was a team known for their role-swapping tendencies, and keeping on the bench such a talented player as Doublelift was at that time meant that Aphromoo was needed in the support position. 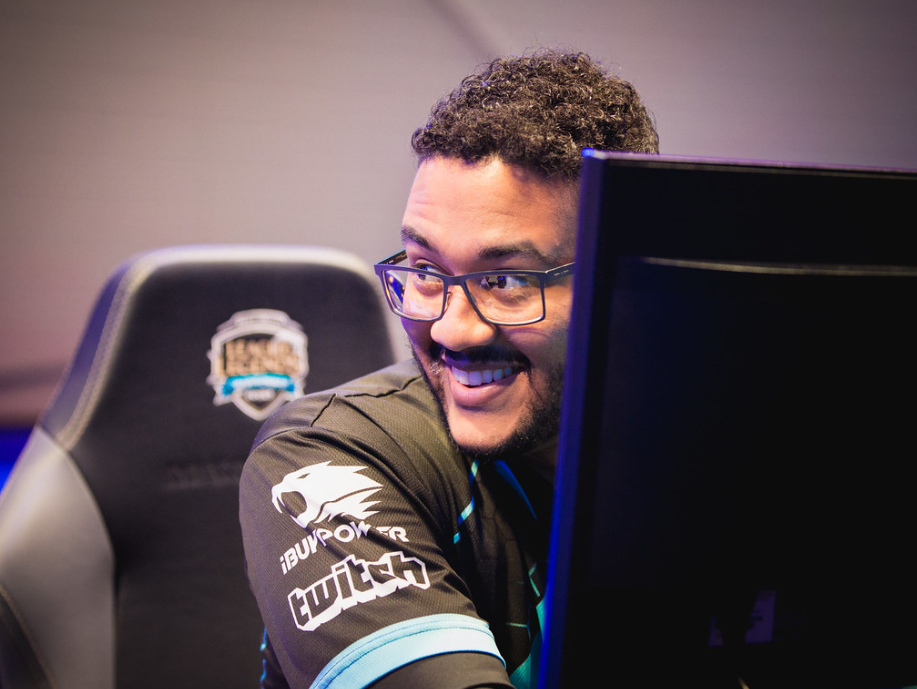 And, success came, as CLG managed to win two splits in a row in 2015 Summer and 2016 Spring, as well as going to Worlds on three occasions. As of today, Aphromoo is still playing as support with FlyQuest in LCS, besides having played the game for more than ten years, which is impressive.

Probably an unknown player in this article, Pierre "Steeelback" Medjaldi is a French player that started playing League back in 2014 as an ADC but is mainly known from 2015 onwards after joining Fnatic. He managed to win that year’s Spring Split but got replaced by Rekkles for the next split, to play for several teams in LCS EU, such as ROCCAT, Vitality, and Giants, unable to replicate the same success.

In 2019, at the same time, he was not able to find a team for the newly founded LEC, so he role swapped to support and joined LDLC in French LFL, where they dominated, winning Spring Split, Summer Split, and LFL Finals, but not finding quite that success in EU Masters. Steelback still plays as support in LFL for Solary after some time with Vitality, where he even got to play some LEC games in 2020. 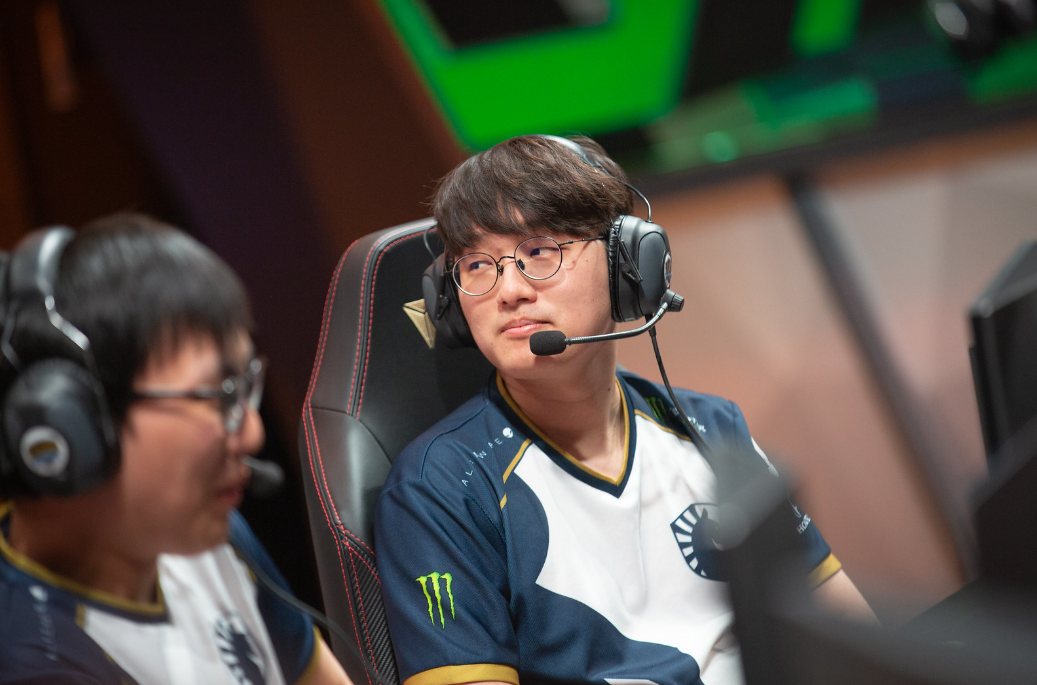 And last but not least, Jo "CoreJJ" Yong-in is, in my opinion, the player that historically has improved the most out of his role swap, as well as one of the most relevant supports in LoL History. He started playing in 2013, but most people know him from 2014, when he joined Team Dignitas in North America to play IEM Season 9 Cologne, reaching the Semifinals. After not finding much success at LCS in 2015, he returned to LCK the following year, where in Summer, he role swapped to support to accompany a rookie Ruler. Besides never being able to win a domestic title, he reached Finals in 2016 and actually won Worlds in 2017 with Samsung Galaxy.

But, most of CoreJJ’s remarkable career started after joining Team Liquid in 2019, to be considered a World Class support besides playing in LCS. With CoreJJ, TL managed to win two domestic titles in 2019, as well as upsetting the world after their victory against Invictus Gaming in MSI 2019. He has just ended his 4th year with Team Liquid, where the team got their worst competitive year since 2018, with CoreJJ missing his first Worlds since 2015.