Rogue.Trymbi: “Winning LEC was something that should have happened a long time ago”

BLIX.GG’s Gliscor spoke with Rogue support Adrian "Trymbi" Trybus, who recently won LEC for his first time ever, becoming one of the only 5 teams to ever win the title. We chatted about his feelings about winning the title after being top 3 four times in a row, his expectations and desires towards Worlds, and his evolution within the team.

Javier "LEC GLISCOR" Siverio, BLIX.GG: How does it feel to finally win LEC, and be one of the 5 teams to do so? It should be a long awaited prize, since you have been so close so many times, for you and Rogue as a whole.

Adrian "Trymbi" Trybus: Yeah. I mean, for sure it was something that we are all thinking should have been a case a long time ago, due to the fact that already there's been like four splits in which all four of them, we were in the loser bracket final or the winner's bracket final.

Obviously like in every single one of them, we could have won in some way. That's for sure, it was a waiting thing. I mean, uh, still you. It's not like it’s something that, uh, was truly like either deserved, there are people out there who have never won, even though they were playing for so long.

But yeah, I'm for sure happy that we managed to pull it off last week and it's just hard to tell now, because I still have a lot of different emotions. Like, for now, I'm not really super happy, I just, I just wanted to chill a little bit, because it doesn’t matter that we won, we still will want to show good performance for Worlds.

I'll get to process it I think after all the competition this year.

BLIX: Then, do you agree with the underdog story the team has been attributed to? Do you think G2 and Fnatic played worse than expected or at their usual level?

Trymbi: I don't know what to say about it. I mean, to me, it's cringe to say that they're underperforming. Obviously they are not playing the best, I can for sure tell that. But the thing is that I think if we lost though, either of those matches, we would be the ones called chokers. And I think right now people are trying to find reasons as to why they didn't win.

Read more: Gevous: "I think the ERLs will only grow bigger and bigger and maybe even match the LEC in terms of viewership at some point."

So, to me, it’s pointless to think of it. I just don't really care if they really need to find reasons as to why they lost. We were the one winning at the end of the day, so I don't really care how an enemy played if I know that we played well. Obviously, I always want them to be in the best shape possible. To be able to win against them at that time. It’s so hard to judge. You couldn't say they were playing insane, but it's really cringe to say that they were choking or something.

Looking ahead to Worlds

BLIX: Have you thought about Worlds and the other teams in your group? Is there a big gap between each of the major regions?

Trymbi: Against other opponents, not necessarily yet. I mean, obviously we'll get to play against an LPL team, and against GAM, a team that is very, very interesting to deal with as well. But I didn't really think about it. I didn't really care about the opponent. See, I think for now it's more about getting back to playing the game after the break that we have now, and just making sure that we are in good shape and good mental to fly to NA.

I think LPL teams have always been like very good teams and I think you should never underestimate any shit they sent. Overall, Asian teams have always been called the better ones, and watching the leagues I think the LPL was very interesting to watch, you could see how aggressive sometimes they are, the way they play is like, so yeah, they play very well. And it's gonna be very nice to be able to go to Worlds now and hopefully play in scrims against those teams, but we'll see how it goes

About our group, we'll see who we get. If we get a Korean representative or anyone else. At the end of the day, for sure I would like to get some nice scrims against Asian teams to have a little bit of a refreshment, like how differently they view the game. I'm very happy to play against different teams and it's always very interesting to just face other people to see how they view the game, how they play the game and how I can match with them.

BLIX: Do you think the current meta is benefiting you and Rogue as a team, or instead is worse for your team, before in LEC and now at Worlds? And in the support role?

Trymbi: It's hard to judge what's the best meta right now. It has for sure changed at least a bit. I don't know how the meta will shift into. It's not gonna be completely drastic, I don't think it's gonna be that different from what we saw, but it can change to the point that we're gonna see a bit of different roles in specific lines. In LEC, this meta for sure benefited us.

I like all the champions and all kinds of varieties of champions and playstyles. I like to play any kind of play tyle, honestly, even though I do believe that the enchanters were a bit stronger, at least for Finals. But I think right now it's pretty versatile, especially in the support role. And you can play basically anything you feel like, I guess it's about creativity towards what you can play.

BLIX: What do you think about your evolution this 2022? In which aspects of the game do you think you have improved the most? 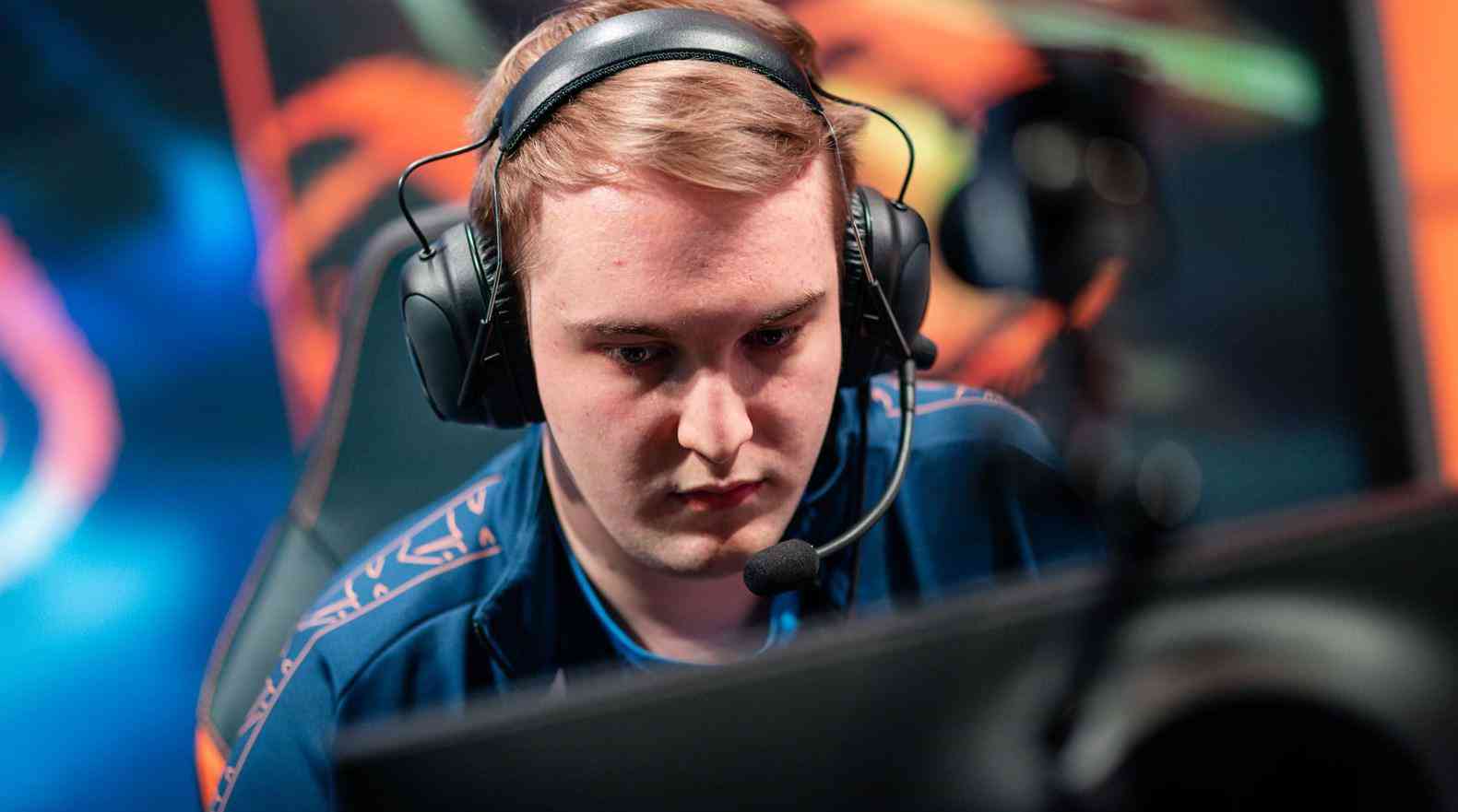 I think I had to put in much more time this year than last year, because both the shot calling options were not as clear as they were last year, and also the macro game was more on others last year than this year. Even though I always thought that I had a good macro, I just needed to put a little bit more time into actually rethinking about all of it.

BLIX: Can I ask you how communication works with Malrang? Is it a case of “he's just another non native speaker”, as a Polish or French player could be? Or do you feel a bigger language barrier with him?

Trymbi: I think Malrang’s English has been getting better and better every week this year, so I think he's doing a good job when it comes to being also more comfortable with it. Now he's much more clear about what he wants to do as well as he just knows how to communicate it.

In like 95%, there's not much difference in communication compared to last year. It's just sometimes about like, I guess except for those sentences that you're not really able to say, unless you are like, fully comfortable with English, but I think that Malrang is doing a great job in it and yeah, the communication… I think I have been quite a part of it, I guess. The whole team is massively stepping up in it and I'm just happy with how it is.

BLIX: Of course, your aim is to win Worlds but, can you tell me which result you could say is a disappointment for you and the team?

I could say that I don't really care about what people think, but that's not true. I certainly do care in some way. How people view it and how people view us, how people view me and everything. But on the other hand, it's like a, it's such a short time when I care, and then I just don’t. For now I think we just need to make sure we are well prepared and just be comfortable with how we play and everything.

Obviously it would be pretty bad for me, for my expectations, to not get out of groups. We are going there as the first seed, and right now it's just about making sure that we play the game that we want, and then we see if we manage to put on a good show.