CS:GO’s latest update brought back Anubis as an official active duty map replacing Dust 2. Anubis was first introduced back in March 2020 in scrimmage mode before Valve made it an official competitive map only 10 days after its first appearance.

This map is a community-made map by Roald, jakuza, and jd40. It's the 2019's Mapcore Mapping Contest Winner which made the map really popular.

According to Roald, Valve owns the map after buying the rights from the owners for any further changes & fixes now that the map is in the active duty map pool.

“Even though we gave the map away, I still feel responsible for the map and just hope people will enjoy it and are open to it. “ - Roald

With all the unknowns and question marks around Anubis, We decided to take a trip to the desert land of Egypt to find out more about it. 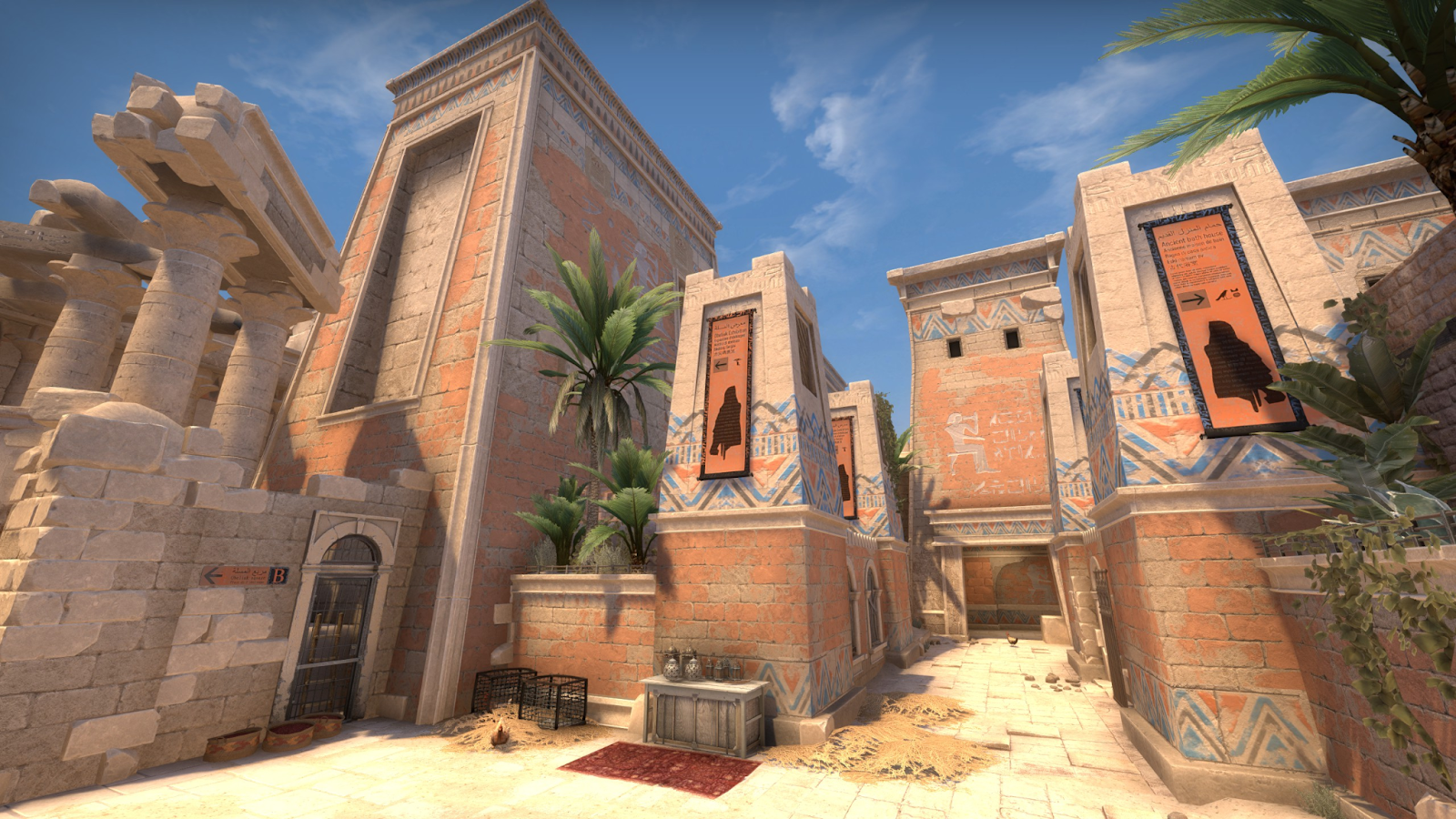 Anubis almost feels like an Egyptian museum with all the Pharaoh statues, History signs, and hieroglyphs on the walls. You’d be surprised to find out that Anubis is heavily inspired by the Assassin’s Creed franchise.

Making something so amazing takes a lot of effort and dedication, in fact, it took them a full year for the first iteration of Anubis which includes grayboxing, playtesting, and designing the aesthetic of the map, in addition to optimizing and polishing. Then another three to six months of bug fixing and feedback integration and reworking. per Roald, Exclusively for BLIX.GG

Since Anubis wasn’t magically created overnight, How was the early version of the map? 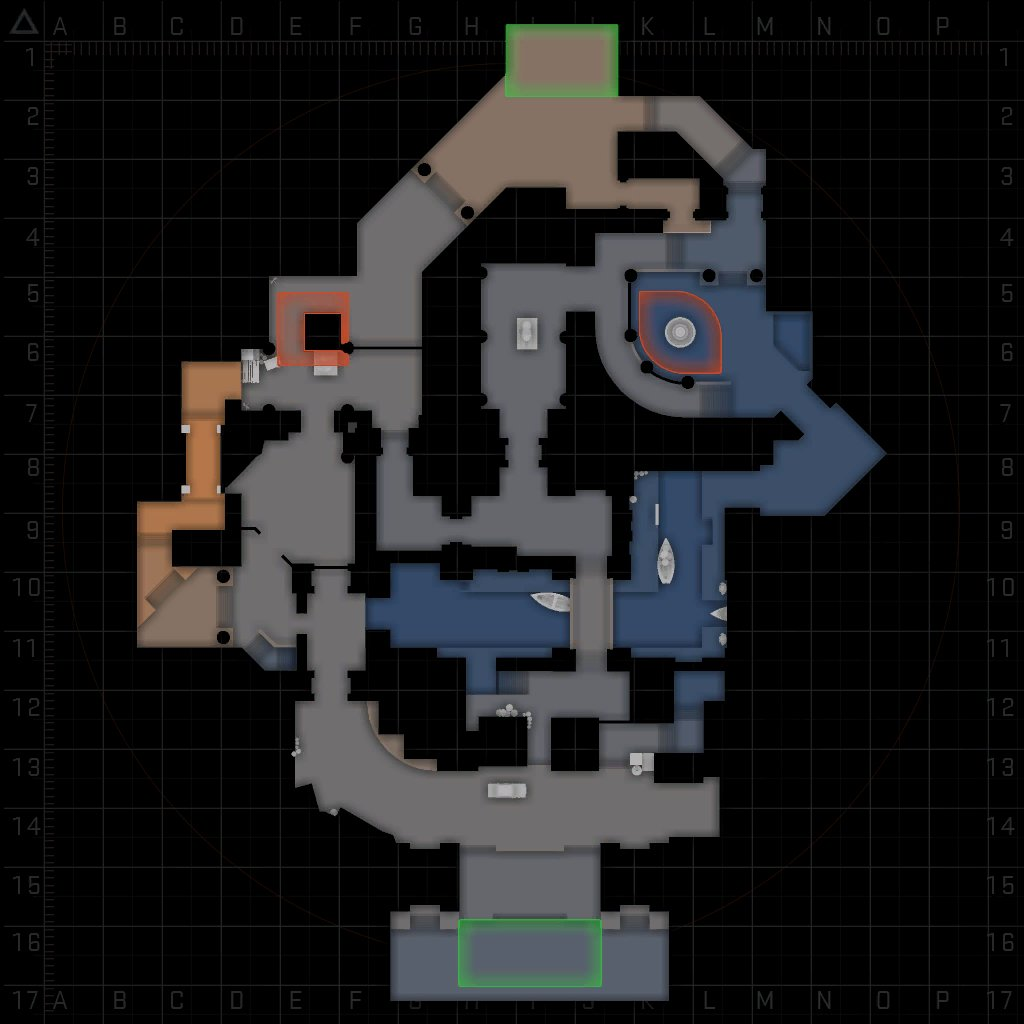 YES! This is indeed the first layout of Anubis and we can notice big changes comparing it to the final product. For instance, B bombsite is now on the mid-left of the layout instead of the top left which makes it faster to get to as a T.

Instead of one corridor, the middle is now open from two spots, Through Bridge and a similar double door as on Dust 2 which gives more options for control instead of CTs dominating middle every round.

More changes can be spotted by inspecting the two versions of the layout. 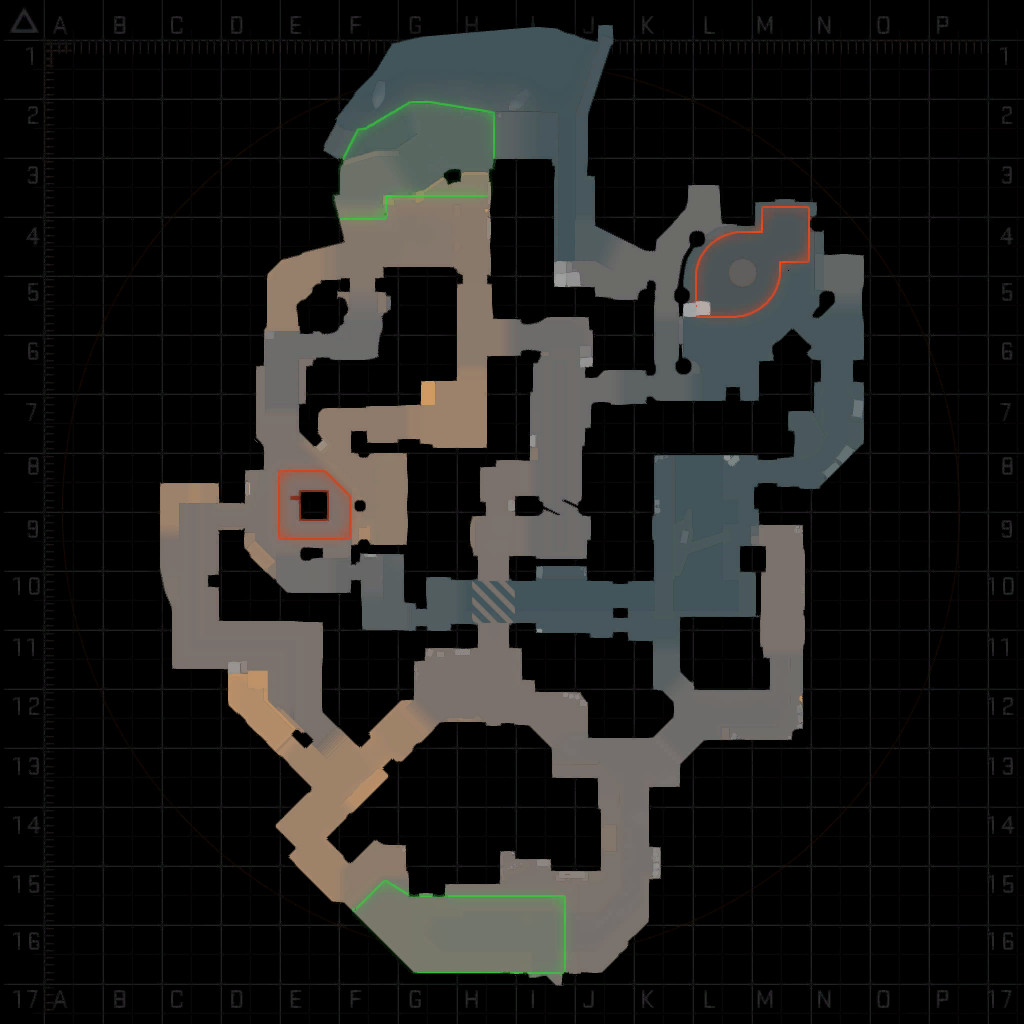 The following pictures are some of the early grayboxes of Anubis showcasing different spots around the map.

Even though it looks nothing like the final product, it makes you appreciate and applaud the mappers for the great effort they made to bring the best version of it. 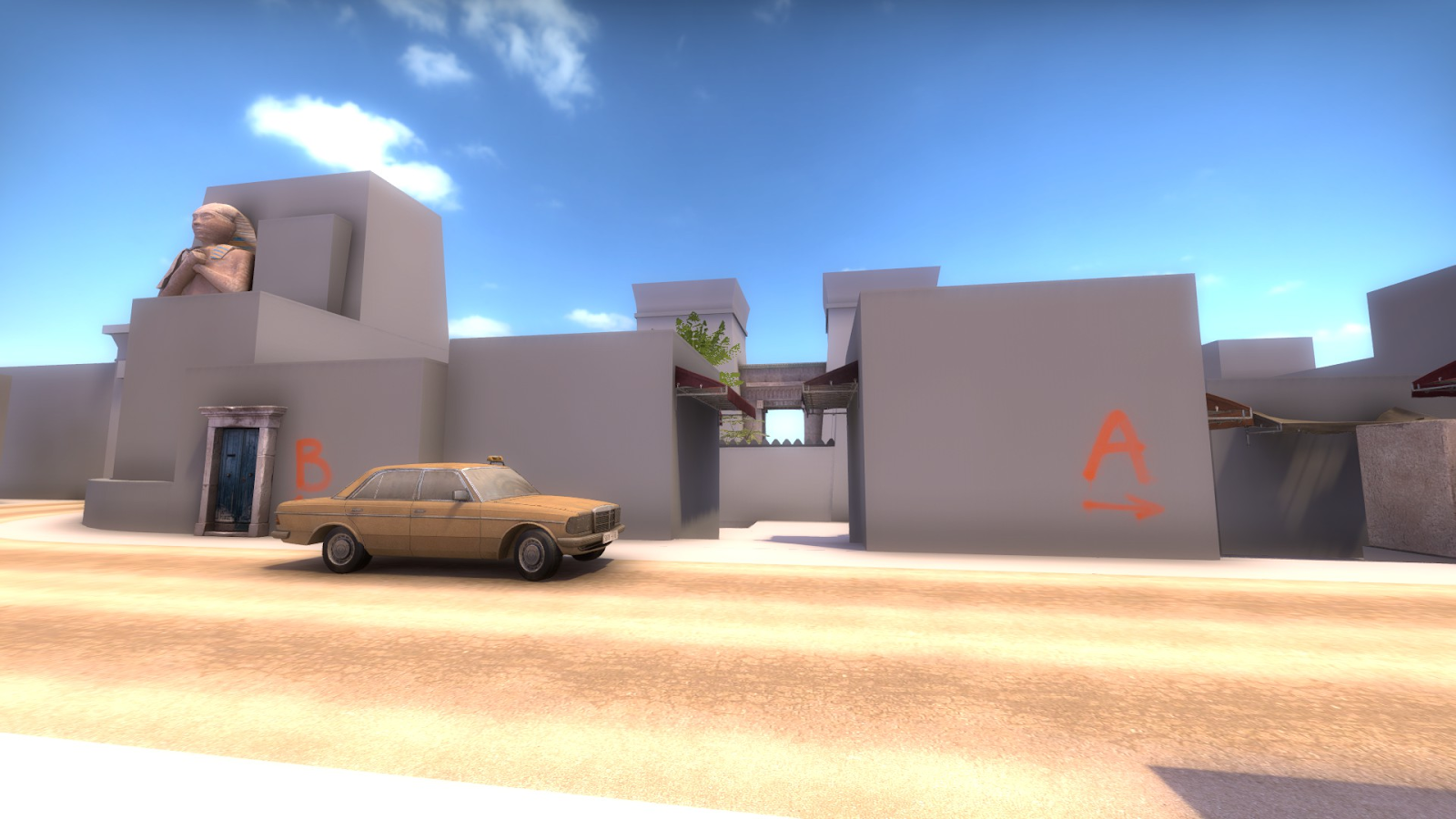 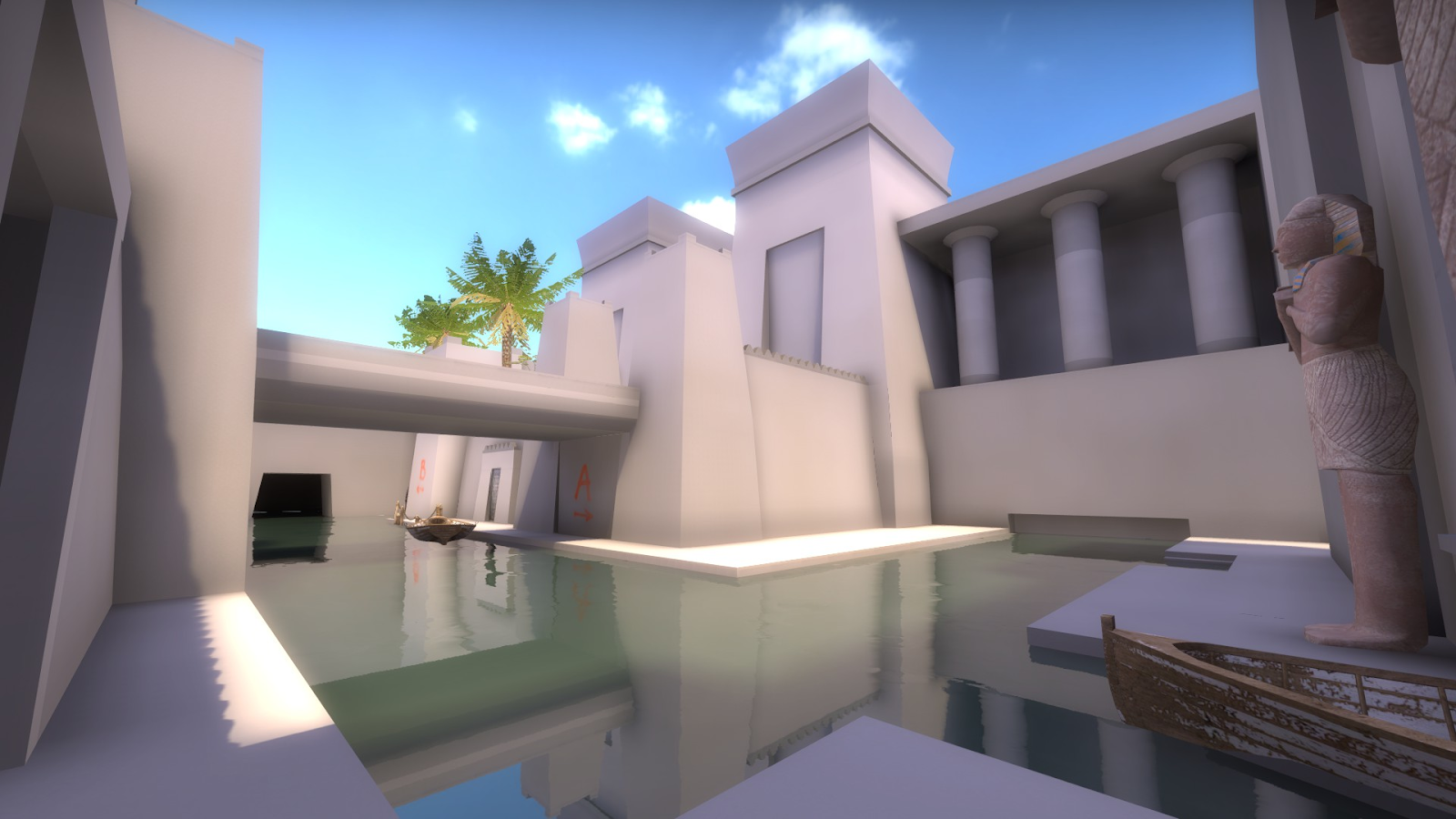 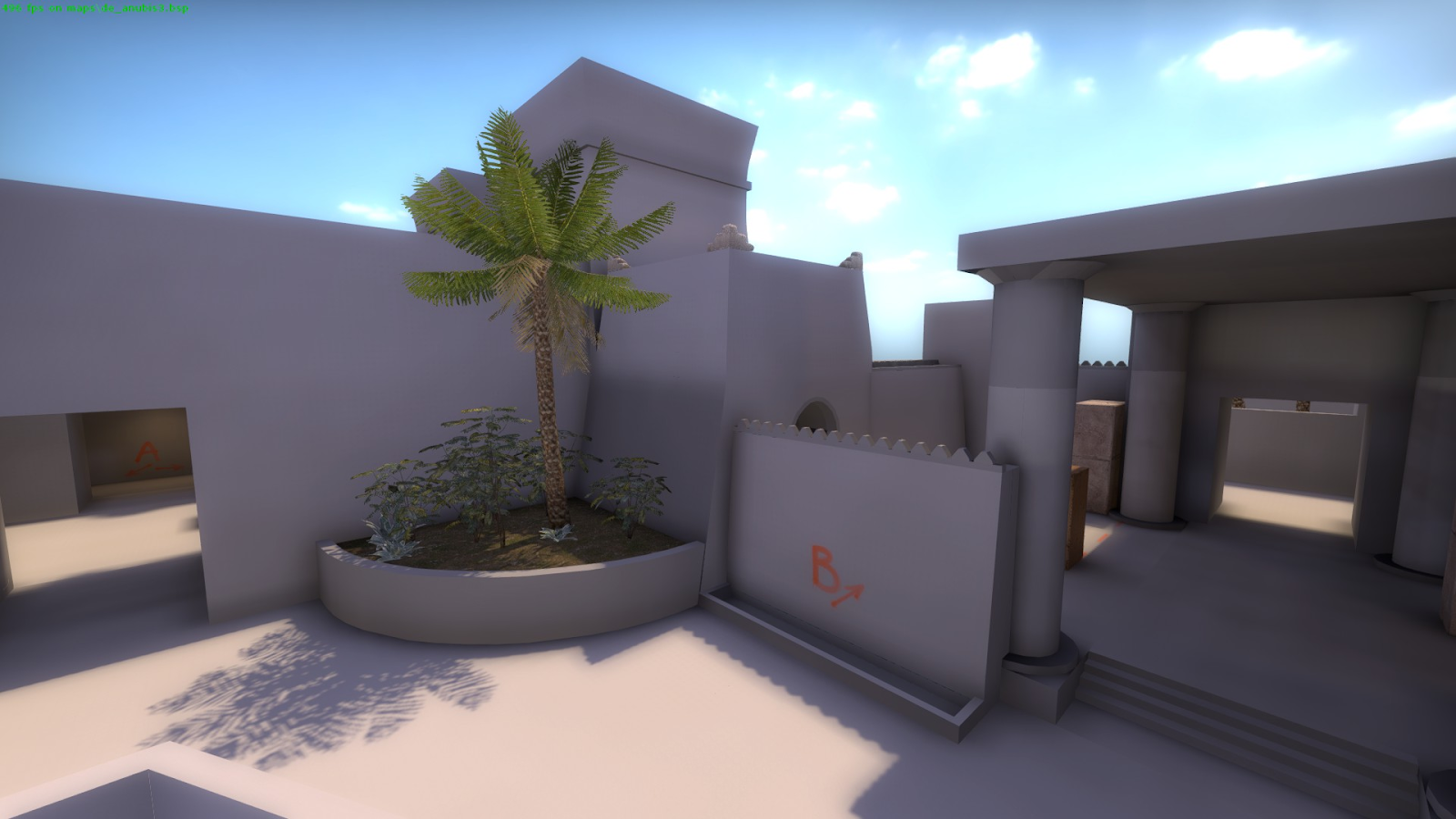 Communication is key in CS:GO that’s why knowing the map’s callouts is a must.

Anubis has an incredible structure with Canal & Bridge allowing fast rotations on both sides however it can be tricky and risky with how easy it is to pick up sound cues around it.

Bridge is the part that connects T spawn to Middle with access to jump down to Canal which is a crucial point as it provides access to both bombsites, through connector to B site and main to A site.

On the B site, CTs can be placed around backsite & palace which is a rotation path from middle, the way through Alley leads to Sniper Nest which is a prime AWPing spot to shut down in rushing attempts through Outside Long.

A site is fairly large with two entry points; Walkway through middle and main.

Some rounds can be a cat & mouse game as to who will catch the lurker since the map has a lot of lurk potential. 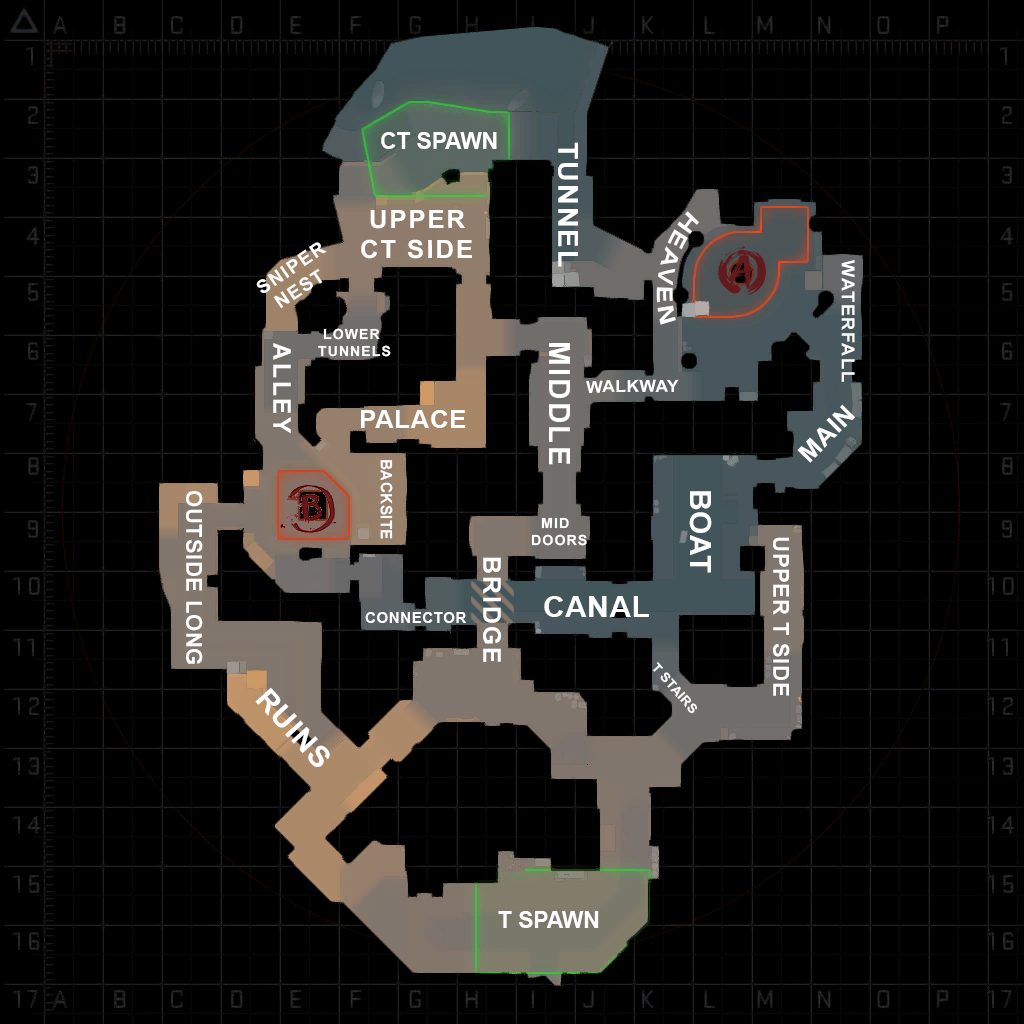 Anubis is a dynamic map and requires a lot of precise communication and teamwork, especially as CT since the map has strategic depth offering Ts a lot of different options in approaching a bombsite and executing.

“What I try to do in my maps is provide room for players to 'outsmart' the opponent and bring strategic depth in the layout. So that rounds can be played out super differently and people can clutch and also people who are not the best fraggers can shine.” - Roald told BLIX.GG.

The map also can have high-risk high reward plays with lurks and playing to gather information, A lurking CT can penalize the Ts with how much space they clear which can be communicated so the others can stack a site and hold it.

While it seems like a great play, it can flip the other way around if the Ts cut the lurks and gain an open invite to the other bombsite. This can happen because of the Canal & Bridge area which makes Anubis unique, as Ts don’t have to go through the middle like most other maps but rather have alternative options to outsmart the enemy team.

“I think Anubis is unique from other maps because of the dynamic the canal and bridge provide. Both teams can rotate super-fast between the bomb sites through the canal and bridge, but because of sound cues, it can also be super risky. A T can easily lurk for a pushing CT, so it can be super dangerous, but when CT succeeds, they get a lot of map control and information.” - Roald

Though the map is still fairly new, early stats indicate that Anubis is T sided, As we continue to live under the CT meta in most maps it’s refreshing to see something different which will make watching it on the big stages interesting.

“My bet would be that the map is quite dynamic and depends on communication and teamwork, especially for the CT side as they need to gather information and anticipate what the Ts will be doing. CTs can do this by pushing certain areas, but that comes with a risk of dying. When having one less CT, there is quite a gap in the CT’s defense in terms of firepower, but also in terms of information.” - Roald on Anubis being T-sided.

“A last thing, but I don't have any stats, so it may be wrong, but I think retaking the bombsites can be quite hard, especially if Ts control the mid/canal area, they can easily cut off rotations and it is quite easy to pick up noises and therefore have super powerful information, this could be one of the problems the map have right now and can make it difficult for players to play the map.”

The stats can change and the map can easily take a different turn, it all depends on Valve and what they decide to do with the map.

It’s worth mentioning a major issue with Anubis where the different areas around the map have a clipping around the edges.

Who thought a community map would make it to the active duty map pool? Well, certainly not Roald, one of the creators of Anubis.

It’s not an achievement for him and his team only but rather for the entire community of mappers as it should give them more motivation to make more creative maps in the future.

“I never thought it would happen again that Valve would put a community map on active duty. I had some hope, especially because Anubis stayed in for a long time and I worked on feedback to try to improve it and I tried to reach this goal, but then it got removed and I lost hope for it. My thoughts were ok so just another rotation and we won't see this map again.“

“And then Valve added it back and I was surprised that it got into another rotation and didn't really think much of it and quite soon already we got contacted by Valve with the offer and this felt a bit unreal, just like the moment it got added to the game for the first time.”

“Even though we gave the map away, I still feel responsible for the map and just hope people will enjoy it and are open to it. I do have trust though that Valve will deal well with the feedback and statistics they get and will be able to push the map in a better direction. “

A big thank you to Roald for taking the time to provide information about Anubis. Please feel free to check out his steam workshop and follow him on his social media for future updates!