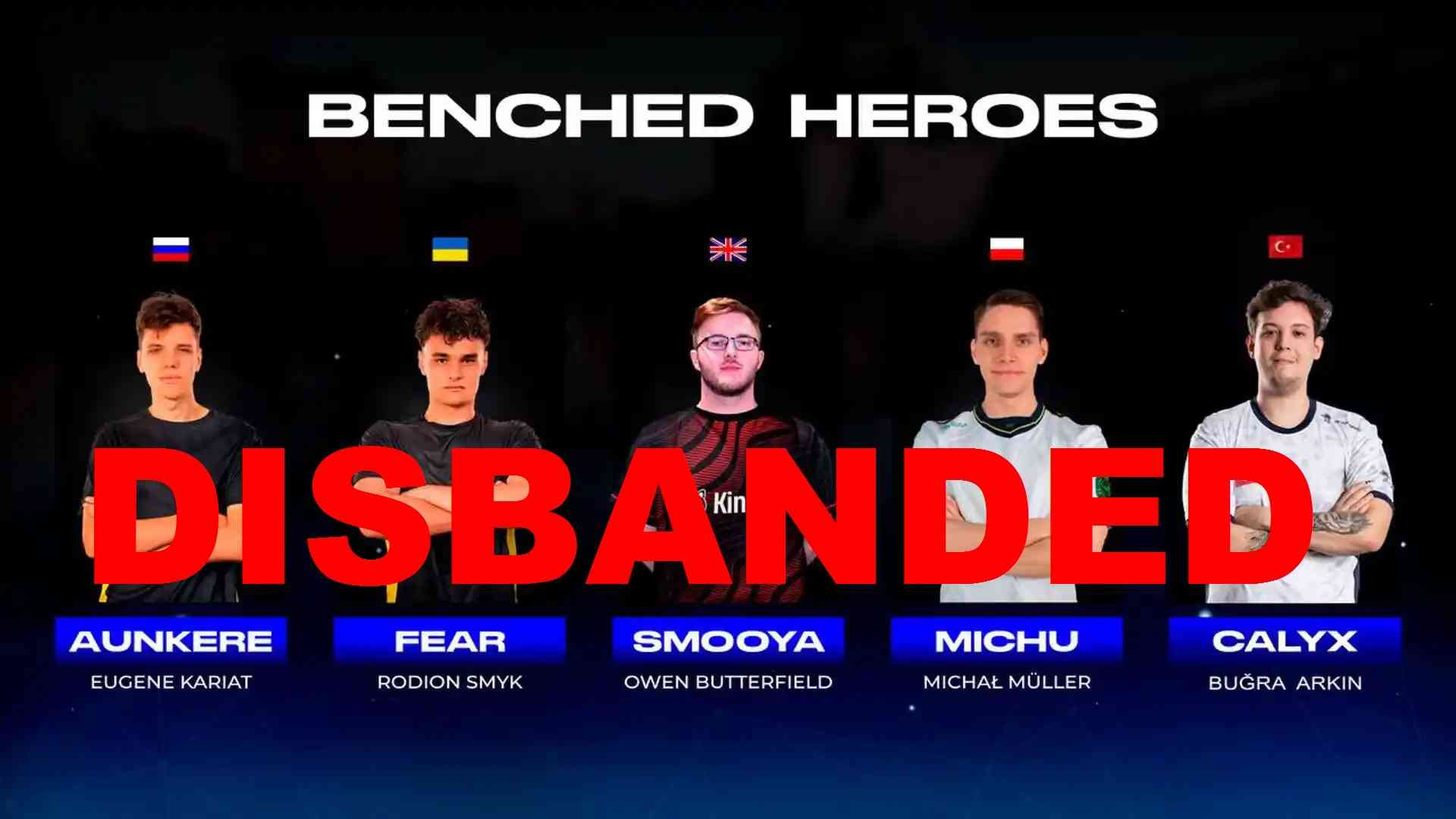 European CS:GO organization-less team Benched Heroes has disbanded, reported Evgeniy "Aunkere" Karyat, one of the players for the team.

He has said that the squad may still gather to participate in the qualifications, but at the moment the training has stopped and the lineup has disbanded.

Earlier, Benched Heroes had to skip IEM Road to Rio 2022: European RMR due to visa issues. Two players of the mix, Evgeniy "Aunkere" Karyat and Turkish Buğra "Calyx" Arkın, were denied a visa to Malta. Their slot at the tournament was handed over to Illuminar Gaming.