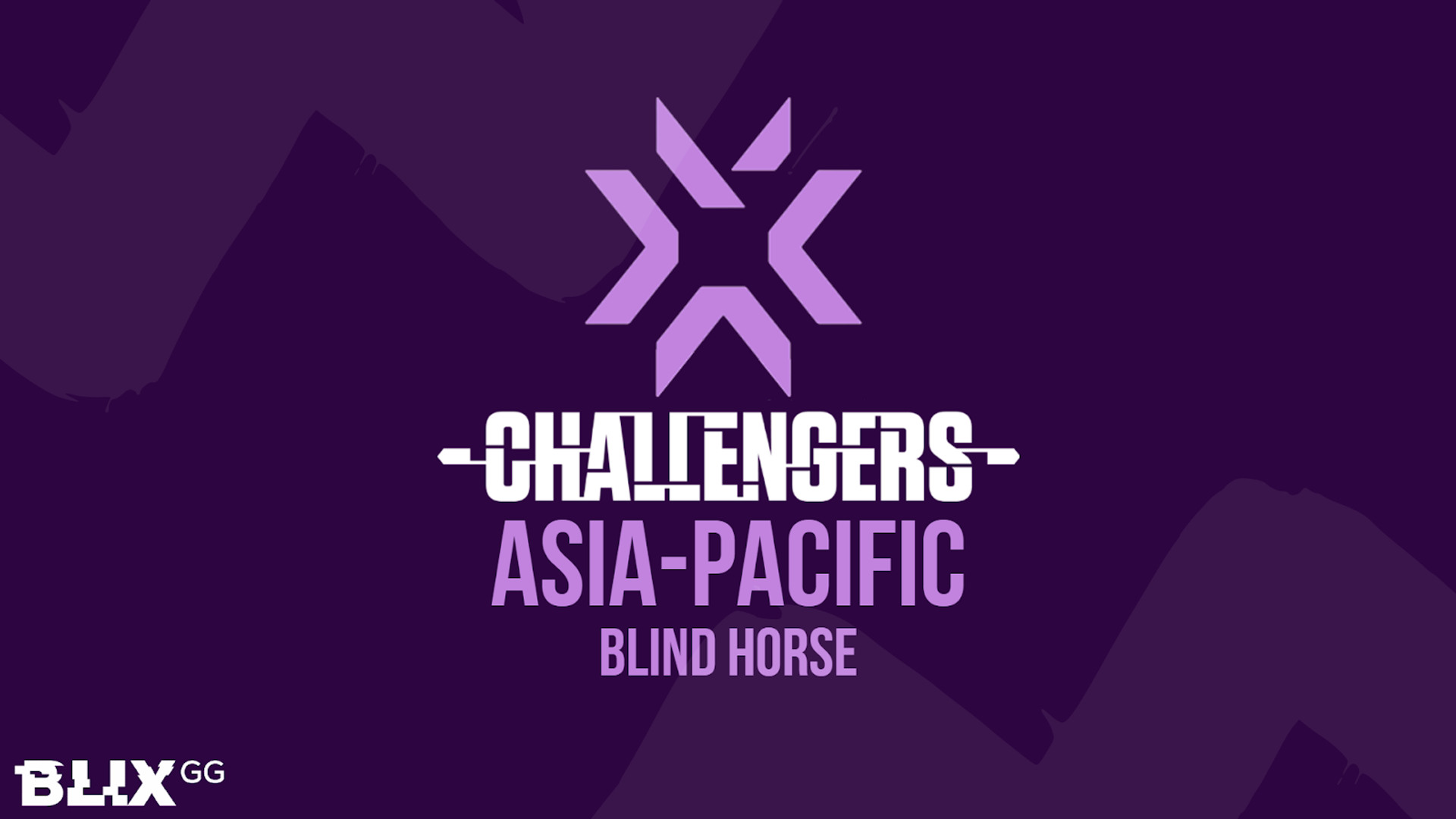 One of the largest regions in the entire game, the Asia-Pacific (APAC) region have started their VCT Challengers stage matches for seven of its eight subregions; in light of that, we’ve brought together the stronger looking underdog teams so far and taken a closer look at their chances.

Disclaimer: The column name is a mix of the sayings ‘blind pick’ and ‘dark horse’. In this series of articles, BLIX.GG’s writers choose teams who could surprise us, and explain why.

This is the fourth edition in the VALORANT underdog series, check out the other regions; Brazil, EMEA, and North America.

However, in the wake of the VCT Season, the team has have completely rebuilt their VALORANT squad:

Bleed Esports currently have a rotational 6-man core; but with Henri “Flaring” Forichon as a stand-in due to visa issues faced by Swedish internationals pyth and maxie. They let go of three of their previous playing five —a roster with loads of talent— for the one they currently are running. So, we know for sure they completely believe in the project they’re building.

They added Nikola “LEGIJA” Ninić, one of the top ex-CS:GO players and coaches from the European region. His recent stint with BIG set the foundations for their push to #1 in the HLTV world rankings. He’s also worked with MOUZ and NRG in CS:GO, showing an impressive pedigree in terms of Tactical FPS experience.

Alongside him they went ahead and signed Jacob “pyth” Mourujärvi and Max “maxie” Lönström as the first ever imports from Europe to Asia in VALORANT.

Pyth has just come off a very good stint at G2 Esports, playing in one of the top teams in Europe— and the world at times. He was the primary sentinel and one of their best players. Whereas maxie has been a solid tier two player in the CS:GO scene with a stint in Denial, among other organizations. This will be maxie and LEGIJA’s first proper VALORANT opportunity, but with their combined experience and the planning of the management behind Bleed Esports, we’re sure it's not going to disappoint.

The team hasn’t played together with the maxie or pyth in official matches yet; still we’re expecting to see them at the VCT: APAC play-offs at the very soonest. This team can go only higher from here on, so we can't wait to see how it all plays out!

Oasis Gaming entered the competitive VALORANT scene in August of 2020. They started off with two rosters: Chimera and CTNx. There’s a lack of accurate information, but as is seen from their official twitter page, Chimera disbanded just last month and CTNx remains as the official Oasis Gaming VALORANT roster. Since the organization’s entry, both rosters have cycled through a total of 21 players/coaches, with others leaving and rejoining.

As it stands, CTNx/Oasis Gaming is the six man roster of:

In 2021, Oasis gaming battled their through open and closed qualifiers locally and on a larger scale since early 2021. And despite inconsistent results, managed to secure themselves a position in the Southeast Asia Challengers stage after placing 2nd in the Philippines Stage 3 Challengers 2 qualifier— where the top five finishers earned a spot in Challenger 3— and then placing 1st in Challengers 3. Amongst much more successful teams and orgs, they weren’t able to perform up to par and finished last in their group; going winless like seven other teams in the tournament. Despite the poor result, that was Oasis’ biggest tournament prize money wise.

Now, with more practice and scrims together, the roster has been scoring more consistent wins. Some of that credit belongs to Flufee and Wild0reoo, player and coach respectively. Both of whom were announced late last year and have since been a constant contributing factor in the greater results of the roster. They now have to face the likes of Team Secret; who they last defeated a week ago, 2-1, in a close series. As well as Action PH, who recently revamped its roster. The only time the two teams met since APH’s roster rebuild, Action secured a relatively easy 2-1 win over their fellow Filipino team, dominating the last map 13-2.

Oasis Gaming is placed in Group A which consists of:

Currently, the only team standing in their way is Action PH; but it isn’t far from reality to imagine Oasis topping their group and advance on to the Upper Bracket rounds. The real test for the roster will come when having to face teams outside of their immediate region. Sure, they may have finished far off from the top the last time they did— but that was August of last year, and with teams not being to play in high ranked officials, Oasis have put themselves in a great position to reach further than they ever have.

The APAC region is an extremely large one, and just like Oasis, several other teams could pull off upsets and reach new heights.