After the reveal of the Northern Realms and Nilfgaard cards, it is time for our nature friends, the Scoia’tael. A new non-primary category was introduced, named Naiad. As well as a further token card. Let's see what CDPR has prepared for the green faction this time.

Remember that the values of provisions and strength are still subject to change until the official release on October 4th. 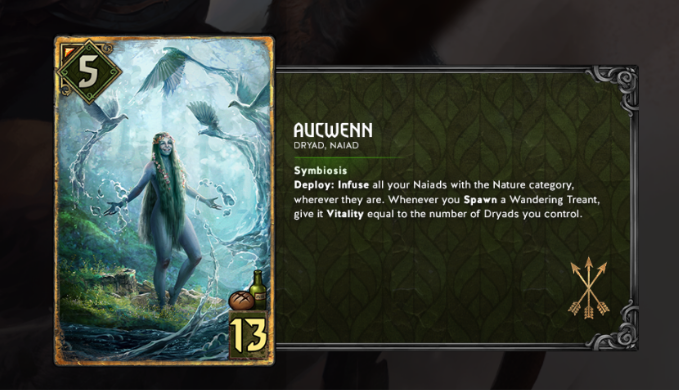 A 5-point body and 13 provisions with symbiosis mechanic. This card brings a bunch of synergies for Symbiosis nature decks that run a lot of dryads. You could probably remove some of the nature spells and put naiads instead. However, there is still one more problem with this Symbiosis, and that is overswarming. And judging by this card and others in the expansion, it might be easier to over-swarm and lose all the board space. 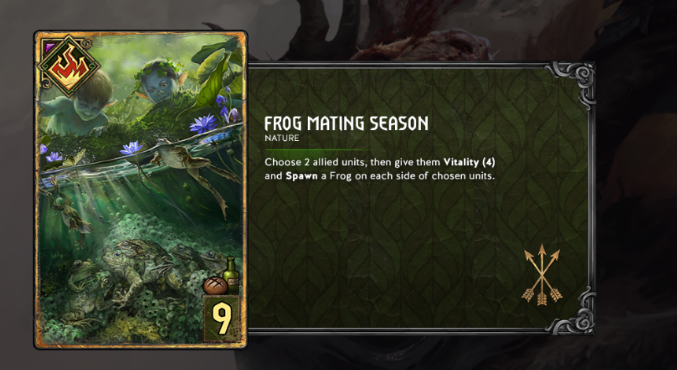 A cool 9-provision vitality support card. You can choose any two units on your side of the board, give them vitality, and then spawn a total of 4 Frog tokens, which seems super strong. Combined with Hamadryads and other cards released in this expansion, this card may play for many points. 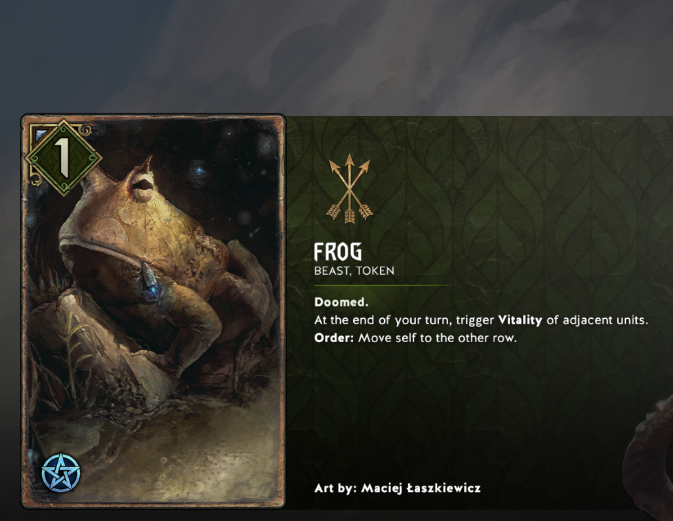 This is a great token concept because it does something new instead of being a 1 point body.

At the end of a turn, it will trigger the vitaliy of adjacent units, and it even has an Order ability, which you can use to change the rows of the frog for even more value. This will be very strong when combined with Hamadryads. 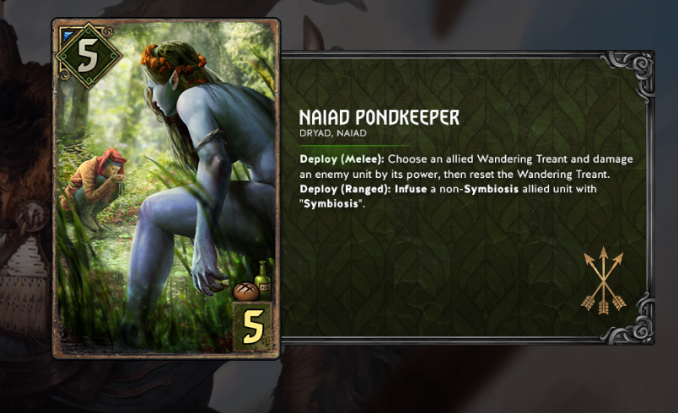 It is a five-body 5, provision bronze unit. It works well in the Symbiosis deck, especially if you have a way to boost your treants. It is a very good control card that can play up to 15 points if done correctly. But it will probably play for around 10 points most of the time.

Unfortunately, this card only resets treants instead of destroying them, so there is still a good chance of overswarming your board. 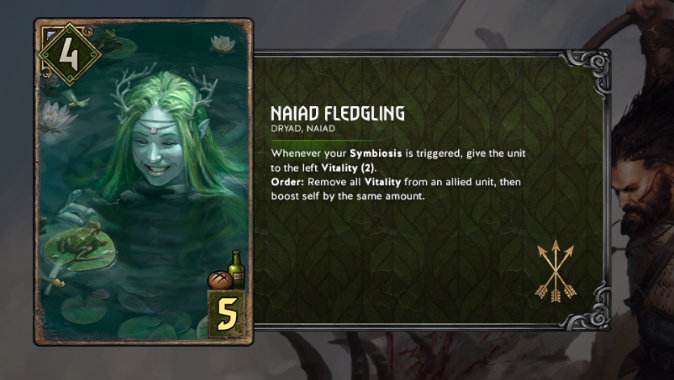 But let's talk about this card for now. Since this card will be used in Symbiosis decks, it will be easy to trigger her ability to give vitality to the unit to her left. This could, again, be very well combined with Hamadryads. You can also put a bunch of vitality on a single unit, say treant tokens for example and remove that vitality to boost itself for a bunch of points. However, as stated before, this is yet another 5 provision symbiosis card, and we have yet to see if it is stronger than the previous ones.