dev1ce: "Figuring how to live as an esport athlete and not dev1ce was important"

This is a continuation of TheSwedishJoker's interview with dev1ce at BLAST.
You can read the first part here.

Hugo "TheSwedishJoker" Nilsson Meier, BLIX.GG: Talk to me a little bit about expectations. Do you guys have any expectations set already for the short-term or long-term? What do they look like?

dev1ce: I mean, absolutely bare minimum is obviously qualifying for the Major, but that didn’t happen for the guys last time, and it means a lot for the organization and the team. For me looking at the whole year, it’s definitely bringing Astralis back to a level where we go into tournaments feeling we could win them, we have a decent shot together with a lot of the other top teams at winning them.

I think the CS:GO scene right now is very open. Obviously, you have some teams that are always really good, but I feel five or six teams could win a tournament, and we want to be one of those.

BLIX: You talked a little bit about watching m0NESY. He’s been on the rise in just a year, his rookie year. What do you think is the thing that sets him apart from other AWPers, with his almost meteoric rise?

dev1ce: I mean, for me, I’ve watched all of the guys, all of the AWPers that are good, so for me, the change with m0NESY actually happened when HooXi came in, I think he has a depth of his play that is new in the tactical regard, and I think that HooXi is doing a really really amazing job at teaching him the ways.

For me, he’s always been very mechanically skilled, the only guy together with s1mple and ZywOo that have an extra “wow factor” individually. Hence, if he can also add the tactical layer, which is what it’s looking like he’s doing, then the sky’s the limit for him. It’s just nice to see a player that’s also not too focused. It doesn’t look like he cares too much about that, he’s just doing his role, and then he does amazing.

BLIX: CS:GO came out with new updates at the end of last year, bringing in Anubis and an M4 and AWP nerf. Now that you’ve been able to play more in practice and such, what do you think about the AWP on paper? Do you think it was a good one, or could it have been done a little bit better?

dev1ce: I mean, for me, I didn’t want an AWP nerf, so it’s good that it didn’t have that much impact; I think that obviously it actually matters since some rounds, most rounds you see an AWPer reload at some point, and that also gives away a sound cue, so there’s a lot of stuff that it actually gives away, but it’s not a mechanical nerf so you can still have the same skill.

I like that a little bit. I mean, you could put the price up a little bit, but I think it’s pretty good where it’s at. I don’t think it will impact that many rounds directly, where you’ll see an AWPer run out of bullets, but it definitely requires more thought process like when do you choose to reload when you are positioning yourself and stuff like that.

BLIX: Do you think it will impact your gameplay, maybe compared to when you had ten bullets to work with?

dev1ce: Yeah, there’s a difference of a few bullets here and there; when you spam with the AWP, you have to reload; sometimes you never thought about “how many bullets do I have?” so it’s obviously different, but I don’t think it will really... we won’t have many situations where AWPers just run out of bullets and can’t shoot. It’s more or less about thinking about when you’re shooting. 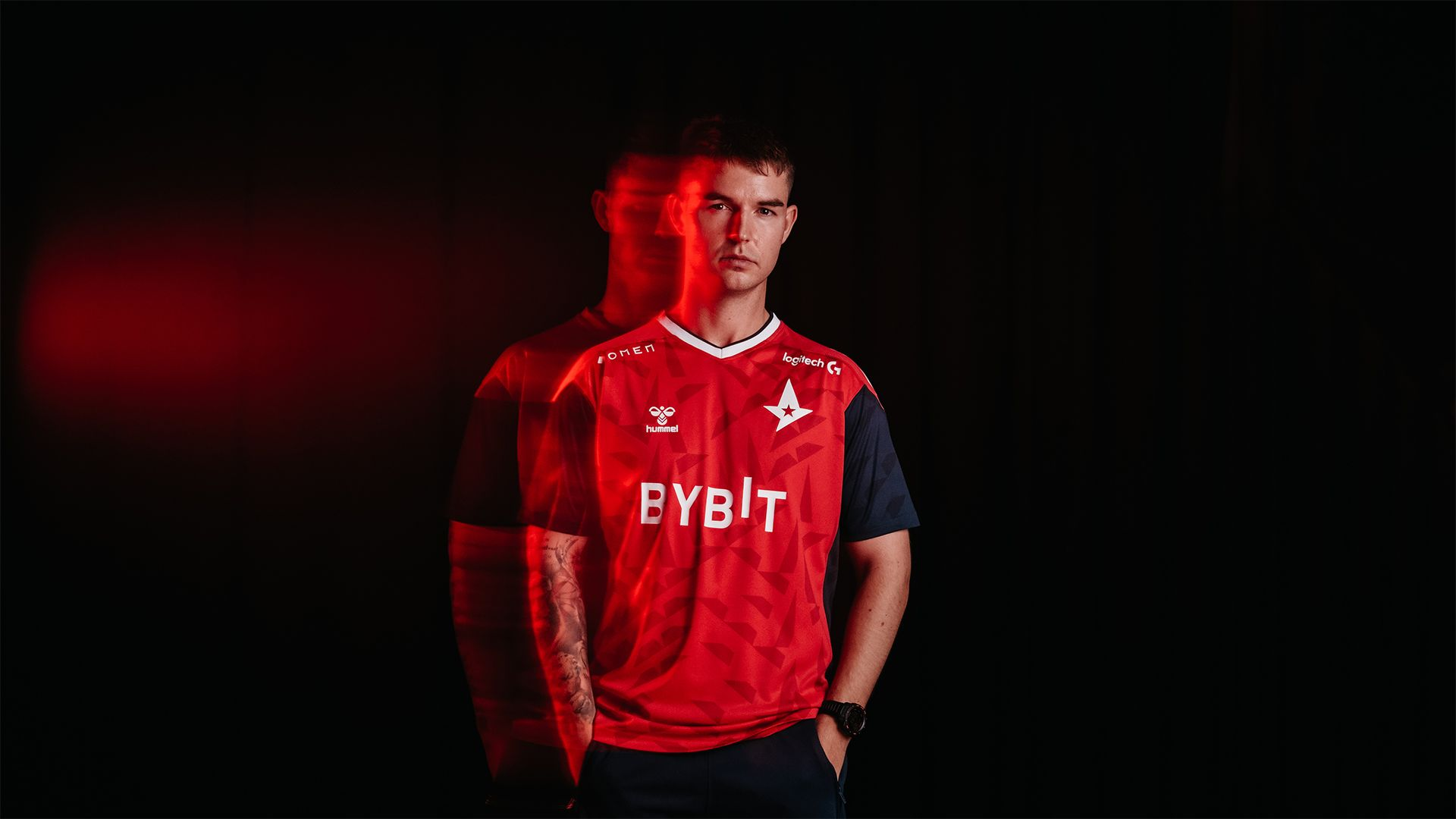 BLIX: Anubis has been out now for a little bit. You’ve probably, maybe, been practicing it; how do you say it is for you as an AWPer playing on Anubis? Do you think it’s a good map for AWPing, or how would you say it is?

dev1ce: I like Anubis as an AWPer; it’s a little bit like Ancient, you’re mostly on the sides rather than in the middle of the map, and I think that’s actually something you see on a lot of maps like the AWPers are trying to find picks that are not centered where the Ts are using a lot of their utility and manpower because teams have been getting so good at just using utility you actually rarely see an AWPer get a really easy CT opening pick because teams are getting too good at avoiding that, so it’s a really good map for that, where you can pick off the lurkers and especially with the aggressive T lurkers that are also in the meta you get more shots and yeah... For me, it’s a pretty good map to play, some changes would be good, but it’s gonna happen with Valve sooner rather than later.

dev1ce: That’s a big question. I don’t really know actually what I like about the game as it is right now; I maybe want the M4s to cost the same; that’s the only thing because I think that the reason why so many people are staying on the A1 is because of the price of it.

That’s the only change I would make. Map-pool-wise; I think it’s pretty good right now as well; I’m not the biggest fan of the new Ancient spawn; just when you look at it, it looks like when you play Sims. You just spread out the floor too much, so maybe making it look a little bit better and thinking a little bit of the timings that it impacts because it’s a bit weird to play the map now; they’ve added a second more runtime. In contrast, I think a half-second would have created a perfect in-between of “CTs can get a lot of map control for free” and “Ts can not get it for free.”

BLIX: What changes would you make to Anubis? You said that you’d have liked to see some changes, so what would you like to have changed with the map?

BLIX: Do you like how Valve is going? Because this was a community-made map, do you think we should have more community-made maps or bring out the old ones? What direction would you have liked to see Valve go with that?

dev1ce: I mean, it’s always been Valve’s way to go with the community skins and maps. CS is, I think, a community-created mod, so yeah, I like that, I really do think it’s a good thing that creators can actually have fun and be creative, and it can be implemented into the game; it’s one of the things that’s really unique about CS, and for me, it doesn’t matter who makes the map, as long as it’s good and playable I’d rather have it come from the community than not. 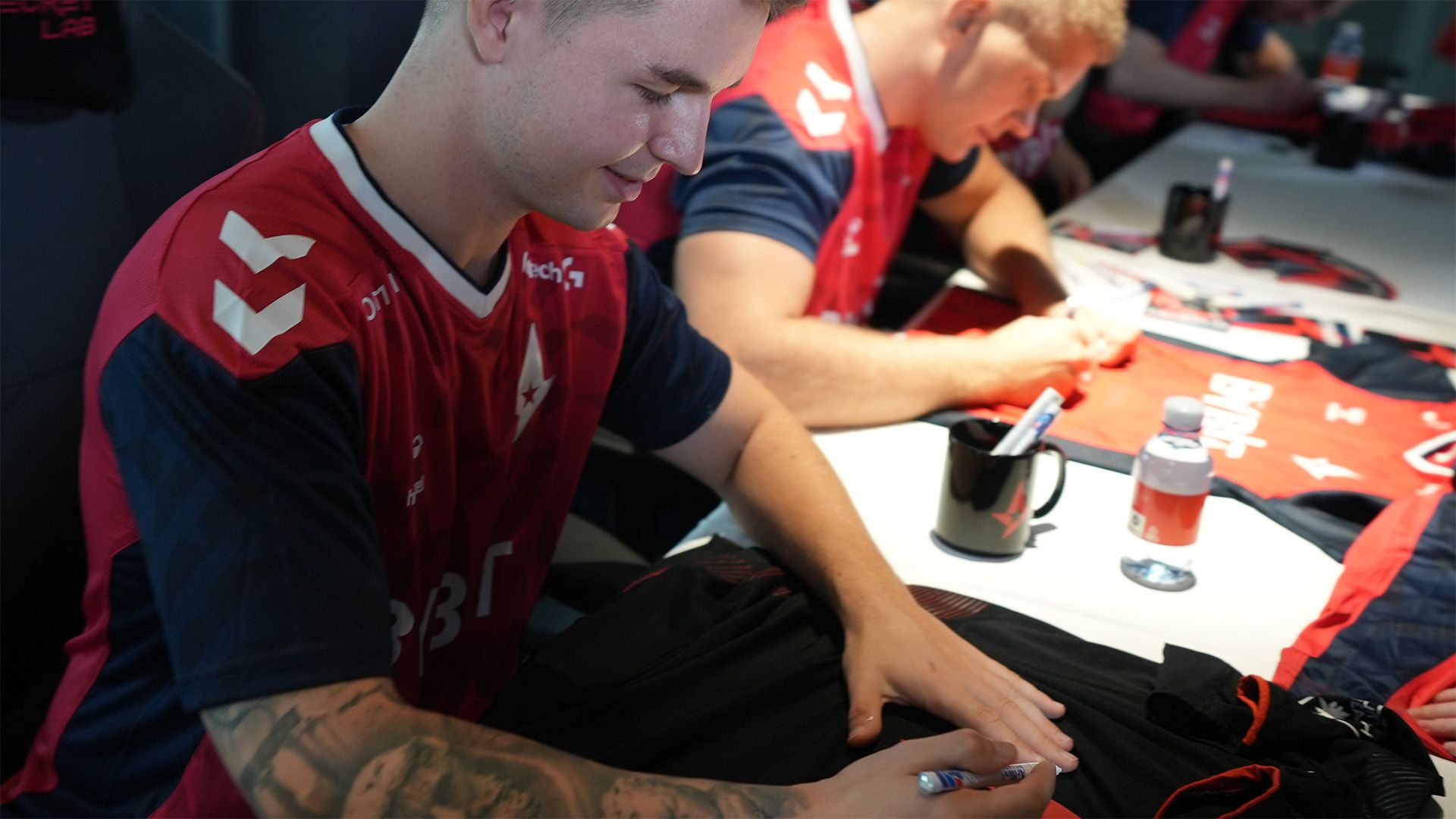 dev1ce: No, actually, I don’t like Tuscan that much, and Cobble, yeah, but it’s been made a little bit weird. I would like to see the old Cobble in this new meta, how you play, and how good teams are with utility. I think that the map is not explored, or was not explored back then like it was way puggier and just aim, so I think that would have been exciting. And Cache, I’m not a big fan of the new Cache too, so… maybe Cobble, but I liked the old Cobble if we were to play that.

BLIX: Valve also recently came out with this new ranking for future RMRs, you know, with the last Rio Major where FaZe had to play, for example, top teams early on like Cloud9, NAVI, etc. Do you think that’s the right way to go for Valve with that in mind?

dev1ce: I’m actually not too well informed on it, so it’s hard for me to say so much about it. The only thing that obviously is a little bit influential is who gets invites to the Open and Closed Qualifiers of the RMRs. If you are, as we are, a partner team with BLAST, for instance, or in ESL, you get more points and prize money, so it’s easier to be high in the rankings for us than a team like Sprout, who are also very good. So I think it’s a bit unfair, whereas previously, it was a bit more open. Other than that, I don’t know much about it, but that’s one of the things I can see it can have an impact.

BLIX: With NiP, you were in Stockholm for quite a while, and now you’re back in Copenhagen if I’m correct. How has your life been since? With everything going on, do you feel there’s a new dev1ce coming out, or do you still feel like there’s a mix of the old and new you? What has this last year been like, and how has it affected you?

dev1ce: I mean, it’s definitely been a transformative year for me; figuring out how to live a life as an esport athlete and not just live as dev1ce 24/7 was very important to me; it’s a bit weird because a lot of your relationships are based on who you are as a CS:GO athlete, but it’s very important to have a life as well as Nicolai and live and be happy, and that was what I was working on, for me to have a platform of seeing my friends and family, so it’s definitely been better for me, but then also ways to disconnect from the game which is important and you don’t… Like I love the grind, and I do it 24/7, which caused a lot of issues for me, that I would never retract myself from the game; I would keep on going. There’s a better balance now, and it’s good and gives more space to focus and have fun while on the journey.

dev1ce: Yeah, definitely! It’s also realizing there are values in both parts of your life and also not neglecting one part of your life and just trying to ignore it and hope it gets better at some point is actually something that I think a lot of CS players struggle with because it consumes a lot of time being a CS player.

So yeah, it was important for me. I am generally way happier, and that’s probably the biggest difference.