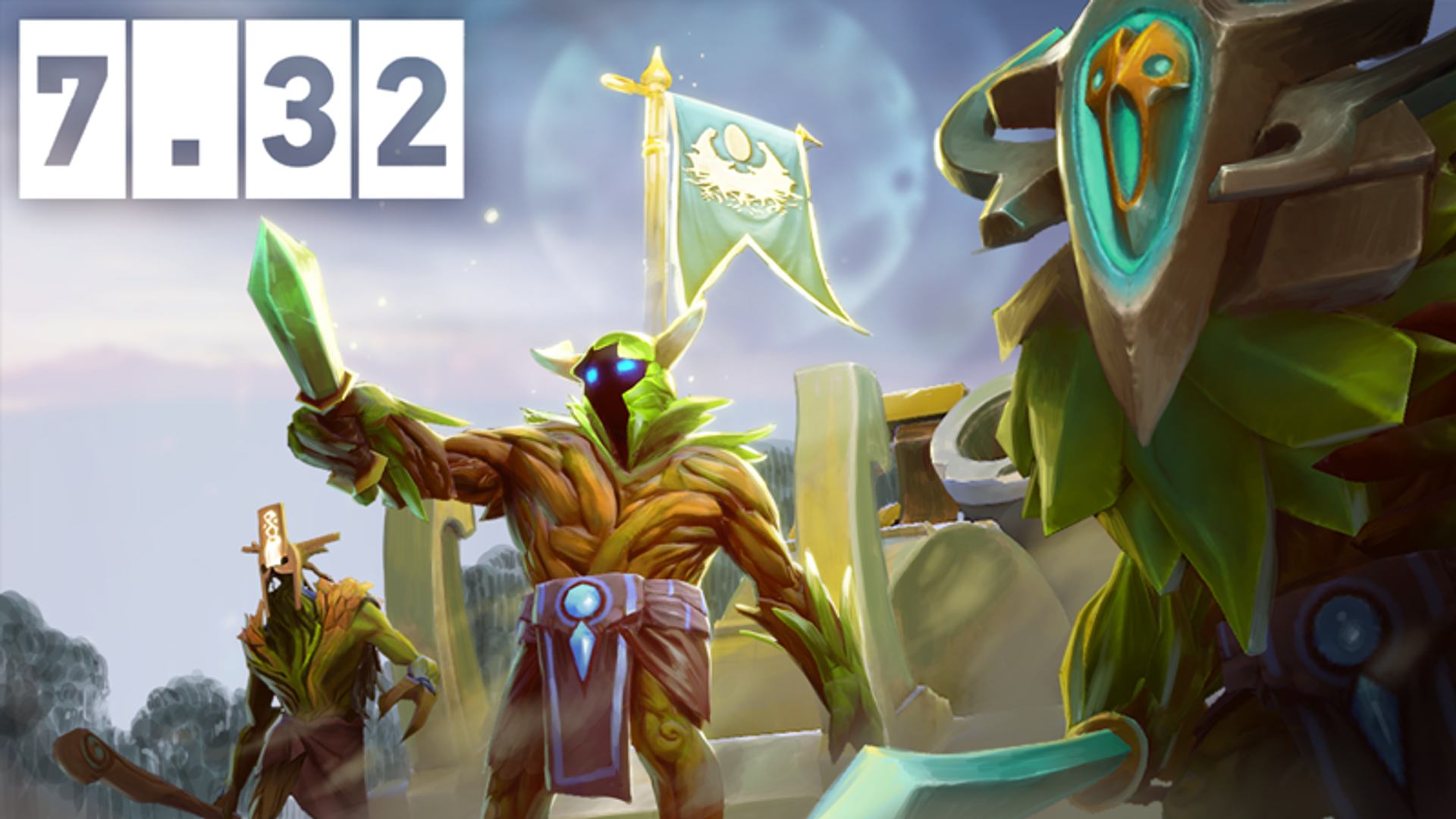 In most cases, Valve releases a new patch after a big tournament or before the start of a specific event. Patch 7.32, however, is an exception because we got it one day after the start of ESL One Malaysia 2022.

The new patch is exciting, to say the least, because it includes a lot of interesting changes. Although we expect to see some changes like nerfs in the upcoming weeks, it seems that teams will play this year’s TI 11 on it.

The first section of this article is devoted to the general changes in Dota 2. We’d like to start by saying that Primal Beast is now a part of Captains Mode, which means we will see him a lot during ESL One Malaysia 2022. The hero has been a part of the game for a while, but it took Valve some time to add him to the professional game mode.

Another interesting general change is that the XP required per level is different. There is a complicated formula that is hard to understand, so we will need to play more before concluding whether the changes are good or not.

Speaking of new things, there are some map changes, such as removing the small camp near the mid lane. With that said, the most interesting change is the addition of a Flagbearer. The latter is a special creep with 40% magic resistance and an aura that provides +3 HP regen to allies. Interestingly, this unit will give a 100% gold bounty of a melee creep to all nearby heroes when it dies.

Some of the fan-favorite existing items are now slightly different than before. Starting with the Black King Bar, it now requires 50 mana to use, which means many heroes will have to think twice about the abilities they want to use during a fight.

Bloodstone is another item that will probably be more popular than ever after the changes. The recipe for the item now costs 200 less than before, and the spell lifesteal is 2.5 instead of 2. Therefore, heroes who do a lot of magical damage will become even harder to kill.

The last big item that received a lot of buffs is called the Glimmer Cape. Despite not being as popular as before, it seems like the Dota 2 patch 7.32 will revive it again. The item’s cast range is now up to 600 (from 500), its magic resistance is increased to a whopping 20%, and the face time is reduced to 0.5s. Basically, the item is a lot more efficient than before.

Changes to the Neutral Items

The Neutral Items are one of the Apples of Discord in Dota 2. Some people like them, whereas others don’t, but they are here to stay because Valve has just added a couple of new ones.
The new Neutral Items include the following:

The new items seem awesome, to say the least, because they can be used in a wide range of scenarios and by all sorts of heroes. For more specifics, check out the video above!

Sadly, some of our favorite Neutral Items are no longer available. For example, we won’t find things like Essence Ring, Spider Legs, Havoc Hammer, or The Leveller. Furthermore, some of the remaining items have been nerfed (Mirror Shield now has 12s cd instead of 8s).

Last, but definitely not least, we have loads of interesting hero changes. With so many changes, we can’t get to all of them here. However, here are the changes for the heroes who received the most significant changes.

There were a couple of big carries in the last patch, but Anti-Mage definitely was not one of them. It seems like Valve decided it is time for a change because AM received a couple of significant buffs.

For starters, Scepter Blink Fragment Mana Cost is now down to 45 from 50, which means he can use it more often. The same applies to Blink, Anti-Mage’s core ability. It now costs 45 mana instead of 60, and its range is increased on level 4 (it is lower in the first three levels). On top of that, the ability now has less cooldown for the first three levels.

AM’s Counterspell also costs 45 mana on all four levels. As for his level 15 talent, instead of adding 0.7s Mana Void Stun Duration, AM gets a +150 Mana Void Radius. This means it is time to do big Mana bombs.

Beastmaster was one of the hottest offlaners several updates ago, and he continues to play a key role for many players. That’s why it is interesting to see the new things in Dota 2 patch 7.32.

For starters, his Wild Axes now have a 0.3 cast point, which makes them harder to dodge. Call of the Wild Boar now slows a given target by 34% instead of 40% on level, meaning BM is less effective when chasing or kiting.

Call of the Wild Hawk combined with a Shard allows BM to put the ability on auto-cast. This will allow the hero to land a stun on the first target in range, even if the hawk is flying. Getting a Shard will increase this ability’s cooldown to 10s and will root a target for 2.5s instead of stunning it. Furthermore, the Dive Bomb Cast Range is now 900 instead of 1200.

BM’s Inner Beast aura also received some changes, but sadly, they are not for the better. The aura now provides five less attack speed on each level.

What’s also interesting about BM is the hero’s new Aghanim’s Scepter. If you buy it, you will get Drums of Slom, a new ability that allows him to deal 110 damage to enemies in a 600 radius every second. While casting it, BM will also heal himself and his units for 25% of the damage dealt to heroes and 5% of the damage dealt to creeps. This ability has a 50s cd and lasts for 6s.

Although Beastmaster was one of the most popular offlaners, there are a couple of other heroes that deserve some attention. One of them is Brewmaster: one of the offlaners that requires a lot of skill.

The first new thing about this hero is his reworked scepter. If you buy this item, you will have access to something called Primal Companion. When used, it will create a Primal Split Brewing that is based on the hero’s Drunken Brawler Stance.

This new unit has a 20s cooldown and costs 50 mana, and will disappear if Brewmaster uses his Primal Split. Furthermore, the unit will be silenced and slowed by 50% if it moves further than 1600 range from the hero. If the unit dies, Brewmaster can’t summon a new one for the next 70 seconds.

Aside from the new ability, Brewmaster’s Primal Split won’t have refreshed cooldowns if the hero uses them twice. In other words, getting a Refresher won’t allow BM to use his Primal Split’s abilities twice if they are on cooldown.

As mentioned earlier, almost all existing heroes have undergone many changes. One of the most interesting ones is Centaur Warrunner, who now has a new ability called Hitch a Ride. As funny as it is, this ability allows the hero to toss an ally into a card and move with him, saving him from danger.

We expect to see loads of epic matches in the upcoming days at ESL One Malaysia 2022, especially now that the new patch is out. Be sure to follow us for more Dota 2 information.

With so many changes, explaining everything in one article is pretty much impossible. So, check out the full patch notes if you want to learn the ins and outs of patch 7.32.