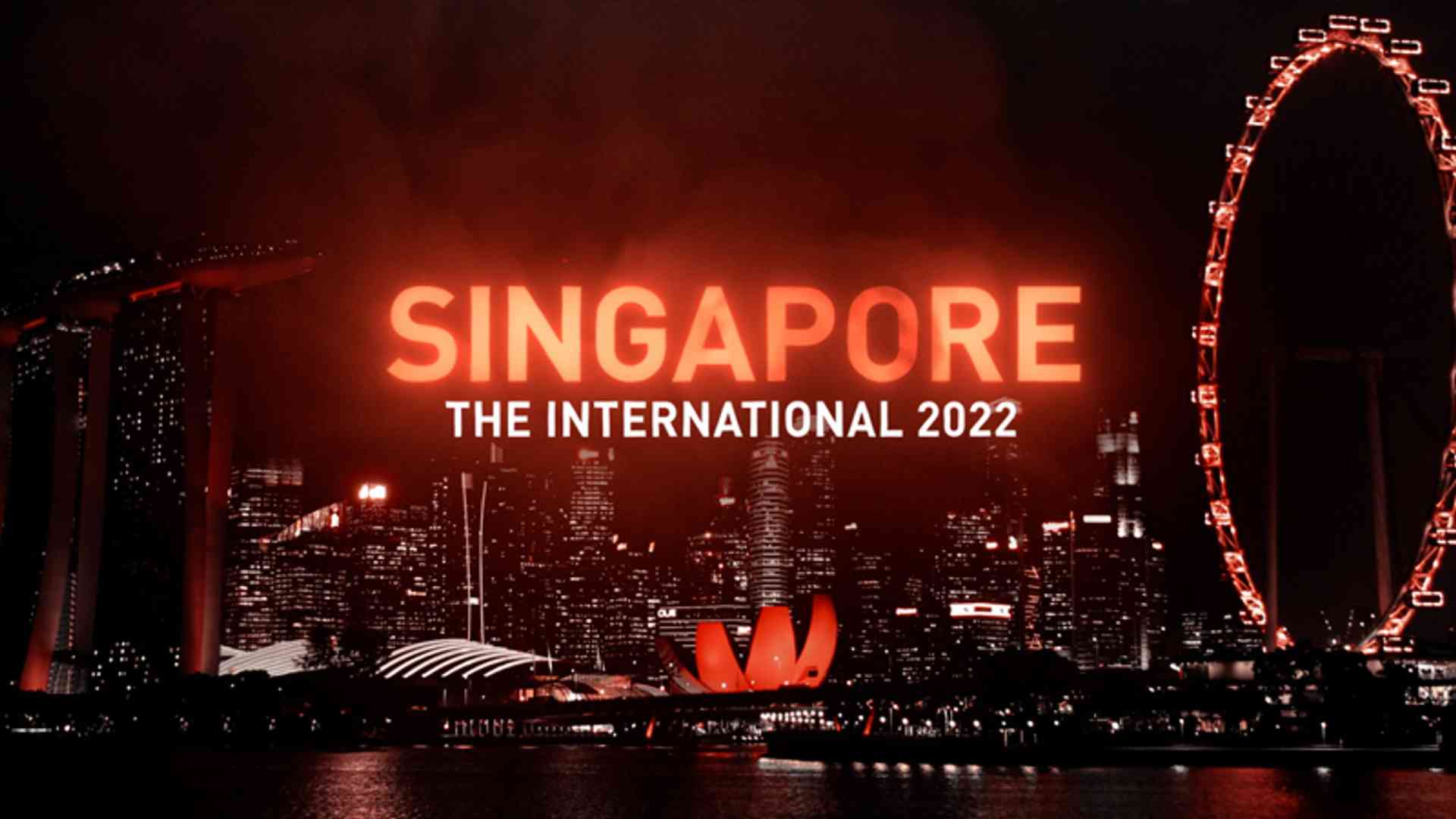 We could've said it's the calm before tiebreakers, but ultimately, this week's a total banger. There are not only five, but many more matches we would advise watching.

It's the last DPC League week before the tiebreakers, the Major, the Qualifiers, and TI 2022,; and the next DPC won’t happen until at least November.

And it's going to be brutal: the matches of Week 6 are very intense, and the situations in almost every region are as dramatic as possible. In general, we advise you to watch almost the entire DPC League as if it were some kind of major tournament because the heat of passion is at the highest level.

Currently, DPC points, money, and tickets to the Major and, accordingly, The International 2022 in Singapore are at stake.

All important League matches will be held until Friday inclusive, but tiebreakers will be held on Saturday and Sunday. Stock up on popcorn! 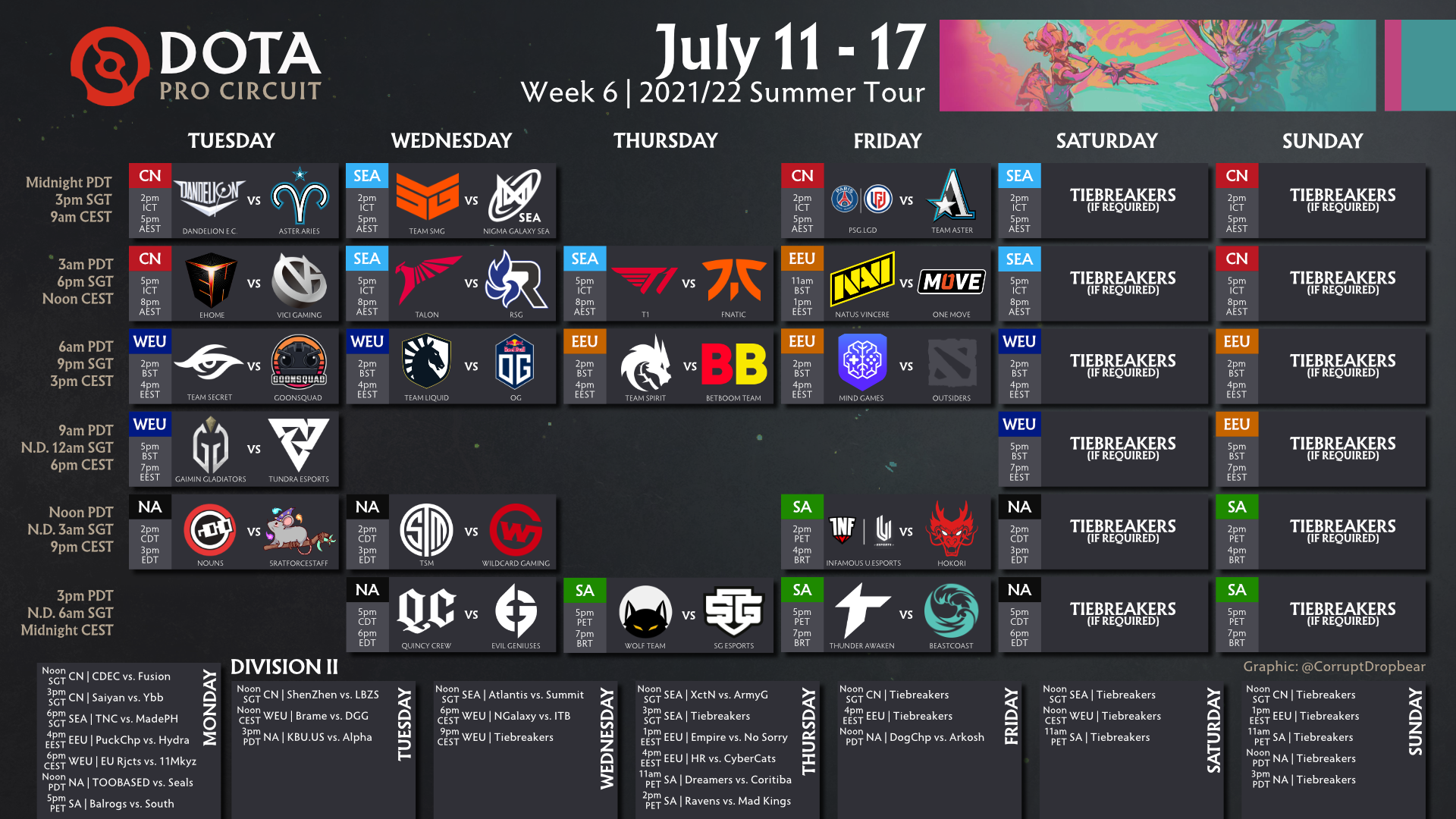 Why: Liquid's last chance to get to the Major

While OG has already guaranteed everything they wanted (both TI and Major in Arlington spots), Liquid still has something to fight for, and they’ are not going to give up just like that. After all, if Liquid loses and Secret wins against Goonsquad (almost guaranteed victory), there will be a series of Bo1 tiebreakers between four teams.

OG is not known as a team who will relax — even in the highest positions, so Liquid will have to try its best to win. So, this victory is ultimately necessary. What a great match!

Why: Giants clash to decide the Major spot

Last week, Nouns defeated TSM, and now they are left with only 5RatForceStaff, relegation contenders. This means that if Nouns wins, they’ll take second place.

At this time, a spicy battle will unfold between EG and Quincy for gold medals, as a result of which one will go to the Texas LAN event, and the other will have to chill until the TI Qualifiers. EG got in very good shape during the league, but Quincy Crew is yet to lose a single map during the Summer Tour.

Why: T1 needs a win to participate in the tiebreakers

In Southeast Asia, we might have four teams playing tiebreakers for two slots, or maybe there will be no tiebreakers at all. Fun, right?

And although on Thursday RSG will fight against the strong Talon, we still advise you to follow the T1 - Fnatic match, where teams of equal strength play.

This DPC season, Team Spirit looks very unstable. They are far from their championship form, making many mistakes, and picking questionable drafts. Still, their Summer Tour feels better, not as bad as they were at the Stockholm Major. TORONTOTOKYO said that the team had a huge conversation after Stockholm, and the guys found themselves and their plan again.

At the same time, BetBoom feels comfortable and also wants to go to the Major, although they understand that it will not be easy to beat the motivated Spirit.

Another question is if teams from the CIS with Russian players advance to the Major, will they get US visas?

It's all up to the last match of the league this Tour. Only in this battle will the champion be crowned, — while the contender even might have to go through the tiebreakers. So, whoever wins here, will proceed to the Major in Arlington, while if Infamous wins in their match, there will be two 5-2 teams and a guaranteed tiebreaker.

DPC Summer Tour Tiebreakers will be held on Saturday and Sunday.