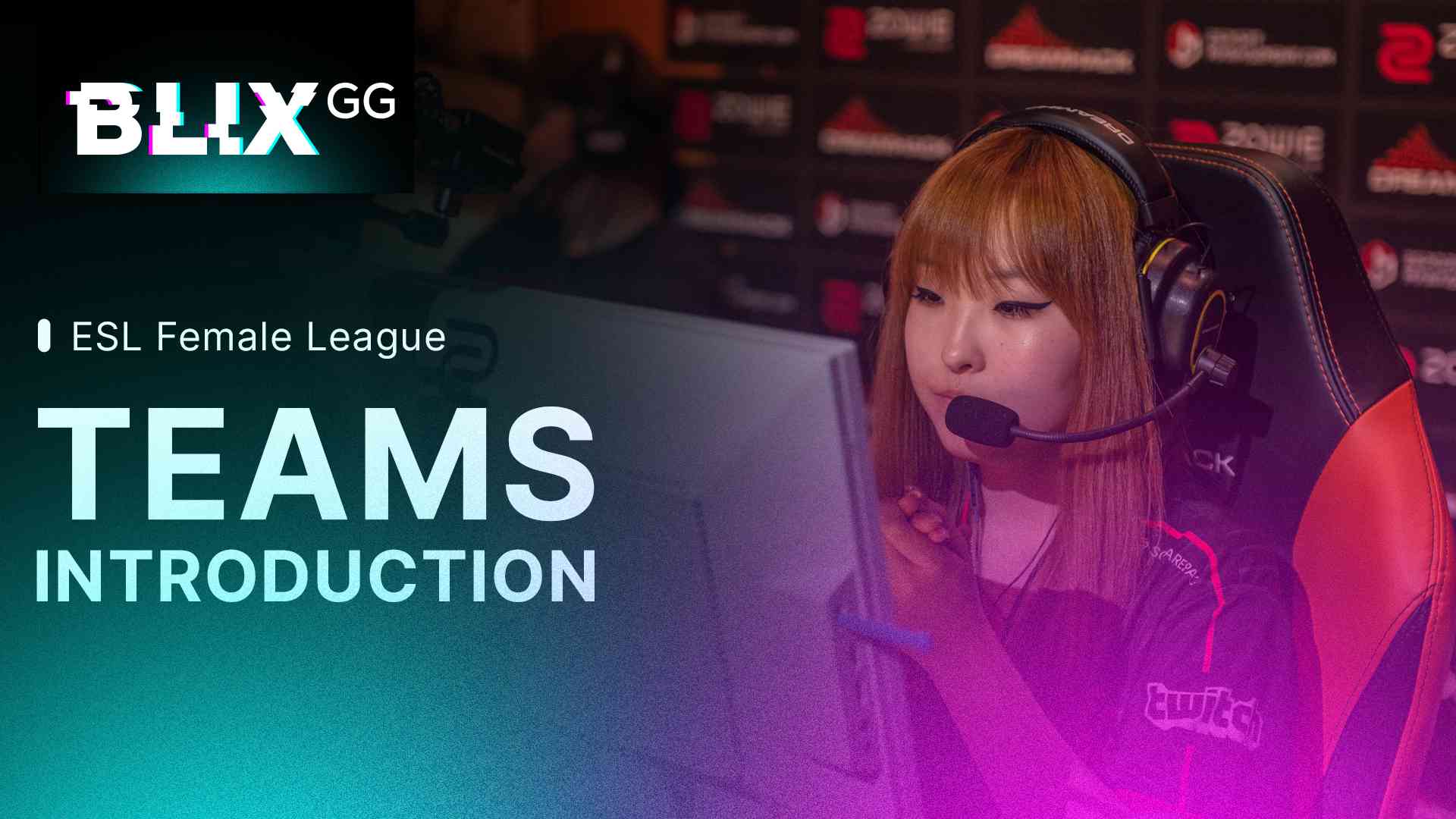 The Female league is part of ESL's new CS:GO circuit for women, set to begin on March 17 and run over six weeks, with broadcasts every Thursday and Friday. The league consists of the following regions: Europe, North America, and South America. We’ll be taking an in-depth look at some of the teams from each region.

Firstly we'll be going over the European region of the female scene.

Probably the first name on everyone's tongues when thinking of the female Counter-Strike scene in Europe, Godsent is among the most notable in the female field. The Norwegian-majority team consists of Aurora "aurora" Lyngdal, Thea "pullox" Evensen, Mayline-Joy "ASTRA" Champliaud, Marita Siljan "Minnie" Sørensen, and Natalie "NAT" Sandell. This is an interesting line-up as four of the five players have only been under the GODSENT name for less than twenty days. However, Minnie, pullox, and aurora's core have previously played together under the Danish organization of Team Singularity, having left that organization together mid-way through 2020.

equipa is a majority Portuguese roster, containing the likes of Aida "Aidy" Garcia, Marta "D7" Asensio, Jennifer "JennyR" Rodriguez, Aida "Aida" Simão and Catarina "KILLITAST" Loureiro. The five-person team has been under the name of equipa for around two months, with their most recent victory being at ESEA Winter 2021 Women Cash Cup 3 Europe against the team of NSC.

Now moving on to the North American region of female Counter-Strike.

Viktor 'flashie' Tamás Bea as the coach. Diane spent the longest time on the team, with nearly seven years under the CLG Red name, with their most recent addition being Kelsie only three months ago. Their most recent match entailed a 2-0 win against Little Bocks at the ESEA Winter 2021 Women Cash Cup 4 North America.

Little Bocks is a female Counter-Strike team consisting of Julie "Bouchard" Bouchard, Somalie "smiLey" Audet, Joanne "sapphire" Tan, Kimberly "Kimmy" Nelson, and Megan "Kionetta" Kirkland. The team has only played under the Little Bocks team for two months, with their most recent match being against CLG Red, losing 0-2 at the ESEA Winter 2021 Women Cash Cup 4 North America, and their most recent victory was a 2-1 win against Please Send Help at ESEA Winter 2021 Women Cash Cup 2 North America.

Last but not least, we have the South American sector.

FURIA is one of the most notable Brazilian organizations that expanded into the female area of Counter-Strike about a year ago. Their roster contains Olga "Olga" Rodrigues, Gabriela "GaBi" Maldonado, Izabella "izaa" Galle, Karina "kaah" Takahashi and Mariana "mari" Preste. The core of GaBi, izaa, and kaah have been together since the inception of the organization's female team. The Brazilian roster's most recent triumph was at the ESEA Winter 2021 Women Cash Cup 4 South America, where they bagged a convincing 2-0 win against Liberty fe.

MIBR is again one of those names widely known in the world of Counter-Strike who diversified into the female area of CS:GO around a year ago. Their team consists of Luana "Arkynha" Archanjo, Marcella 'Cellax' Ferreira, Jessica 'fly' Pellegrini, Bruna 'bizinha' Marvila and Marian 'LyttleZ' Pádua. Their most recent fixture was against Liberty fe at the ESEA Winter 2021 Women Cash Cup 1 South America, where they faced a close loss.

The core of Black Dragons has been together for five months. The team comprises Nataly 'nani' do Nascimento Cavalcante, Nadjila 'poppins' Sanchez Rodrigues, Giovanna 'yungher' Yungh Mataveli, Julia 'julih' Gomes, and Lara 'goddess' Baceiredo. Their most recent game was against MIBR at the ESEA Winter 2021 Women Cash Cup 3 South America, where they were bested with a 1-2 scoreline.

The world of Counter-Strike is evolving and expanding at a rapid rate, ranging from academy teams to female teams. Anything can be expected from these teams in the future. This was a look at some of the most noteworthy teams from the three central regions of the female sector of CS:GO.