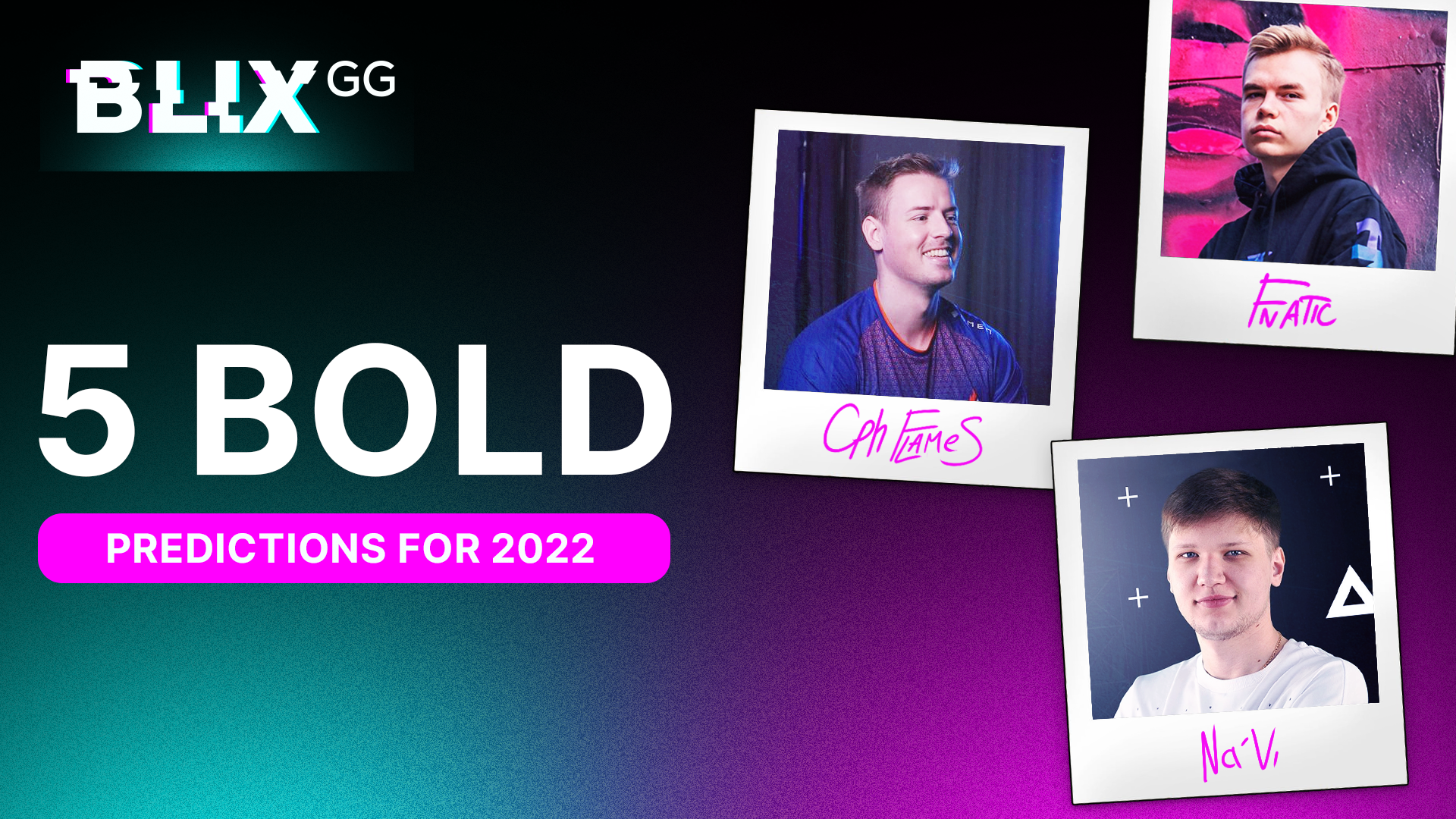 Attention is already locked on the next Counter-Strike campaign. 2022 offers so much potential due to the multitude of new rosters being created as well as the sheer amount of young and exciting talent breaking through into the upper echelon of the game.

1. Natus Vincere will continue their dominance in early 2022

Since Valeriy “b1t” Vakhovskiy’s permanent inclusion in the Natus Vincere lineup in April of 2021, they have been on an immense run of form. Since the switch-up, the Na’Vi squad has won every single LAN tournament they have attended and a plethora of online events. This success netted them a major trophy and season three of the Intel Grand Slam. 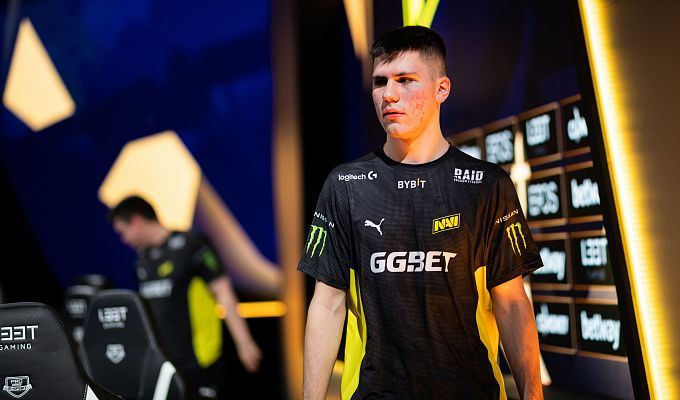 This means that going into the new season Natus Vincere has all the attention. They are the benchmark for all other teams. A multitude of roster moves is underway in the upper echelon of Counter-Strike, in an attempt to catch up to the dominant force from Ukraine. Other than Gambit and Heroic, all other top teams are bedding in a new player or completely reconstructing their lineups.

Based on this factor, I expect the start of 2022 to be much like the latter stages of 2021. Kirill “Boombl4” Mikhailov and Co are expected to continue to develop as a unit and riding the wave of confidence from the previous year, I anticipate utter dominance in early 2022, as new players continue to settle in. As Heroic and Gambit gain more LAN experience and teams like G2, FaZe, and Vitality begin to develop their new additions, the scene will become more balanced, with multiple teams fighting for every LAN tournament.

2. TIGHT RACE FOR SEASON FOUR OF THE INTEL GRAND SLAM

In continuation from my previous prediction, I believe that Natus Vincere will have more competition at the top as the season progresses. With players like Sergey “Ax1Le” Rykhtorov and Dmitry “sh1ro” Sokolov procuring more LAN experience, Gambit will be a force to reckon with. Not to mention G2 Esports, FaZe, and Vitality, all with fresh rosters. 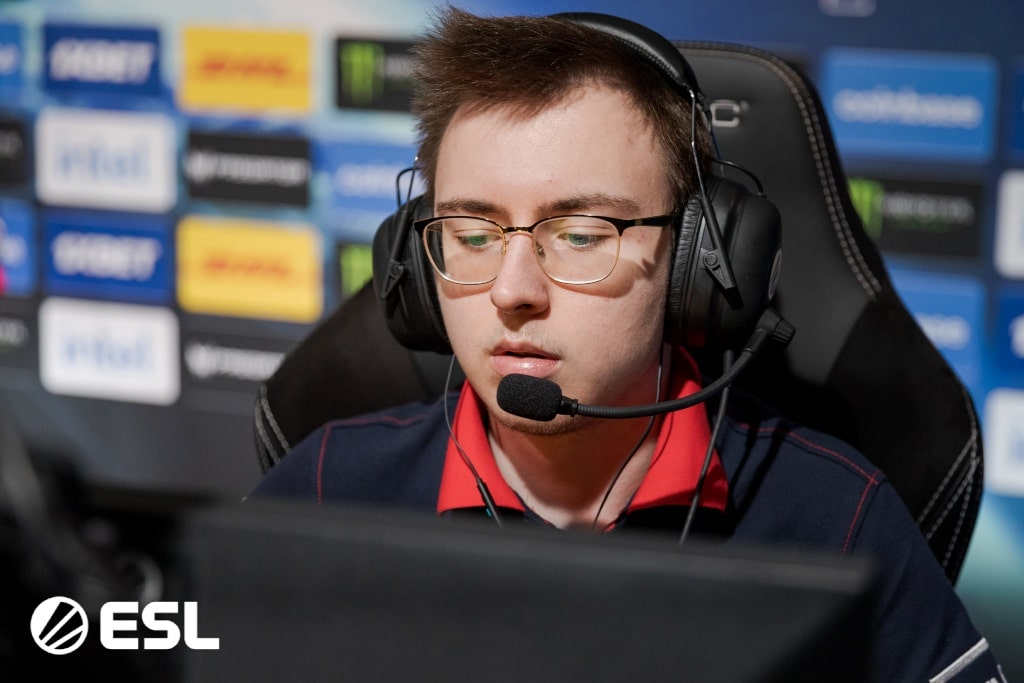 Towards the middle stage of the year, I imagine the Vitality squad will have become accustomed to communicating in English, and they will be functioning at 100%. I expect FaZe to be the quickest of the three at adapting to their new changes. This is due to Finn “karrigan” Andersen’s expertise in embedding new players, especially his ex-teammate Robin “ropz” Kool. I imagine that Ilya “⁠m0NESY⁠” Osipov will also take a bit of time to find his feet at the top tier, but G2 will be fighting for championships once he does.

I expect that teams who have made changes will slowly progress throughout the year and possibly will eventually eclipse Natus Vincere. Thus providing us, as fans, with a truly magical fight for Season Four of the Intel Grand Slam.

3. FNATIC WILL ESTABLISH THEMSELVES AS TITLE CONTENDERS

Since Fnatic acquired a British core when they signed Owen “smooya” Butterfield on trial in October, the London-based organization has had an enormous up-swing in trajectory. They have risen up the rankings from as low as #30 to #12 in the world heading into the 2022 season.

Initially, the team found themselves on a run of sixteen series wins in a row, winning two events – Dreamhack Open November as well as REPUBLEAGUE TIPOS Season 2. Although not events of the highest caliber, the field of opposition was not weak. Alex “ALEX” McMeekin and Co found themselves having to face off against strong sides such as Copenhagen Flames, BIG, and ENCE. Over his trial period, smooya has attained a 1.22 rating according to HLTV, with teammates Ludvig “Brollan” Brolin and William “mezii” Merriman shining equally as bright with a 1.17 and a 1.16 rating, respectively. 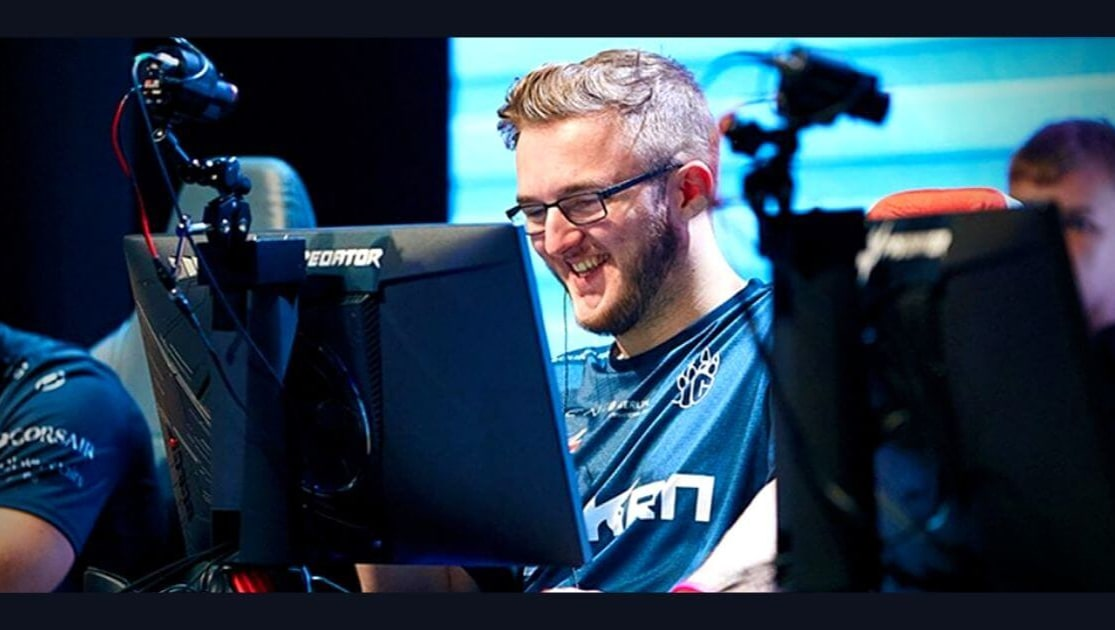 Despite not completely dominating in IEM Winter 2021, their only tier one event with this lineup, I believe it showed promising signs for the British-Swedish outfit. They knocked out two top teams in BIG and ENCE, ranked #13 and #16 at the time, and managed to have a close BO3 series against Gambit, who was ranked #4.

Heading into the new year, given the previous success of both IGL Alex “ALEX” McMeekin and coach Jamie “keita” Hall, I anticipate Fnatic will have what it takes to become title contenders. Similar to Mathieu “ZywOo” Herbaut in 2019, I believe ALEX will get the most out of smooya. With the consistency of Freddy “KRIMZ” Johansson and the star fraggers in Brollan and mezii, the sky’s the limit for the British organisation.

4. AMERICAN SCENE WILL HAVE TEAMS CONSISTENTLY IN PLAYOFF POSITIONS

Before 2020, American teams were no stranger to winning events of the largest proportion. The SK Gaming/Luminosity Gaming core was an unstoppable force throughout 2016 and 2017. Cloud 9 won the ELEAGUE Boston Major in 2018. Team Liquid had what was close to an era, winning a plethora of events and Season 2 of the Intel Grand Slam in 2019.

However, this all seemingly came to a halt due to the pandemic in 2020 when events became regionalized. The poor practice teams like Team Liquid and Evil Geniuses claimed they were having in their own region caused them to fall behind. This was demonstrated when these teams started returning to Europe, where they found little success. This trend has continued as things started to return to normality. Throughout the entirety of 2021, no American team has made a final of a tier-one event. 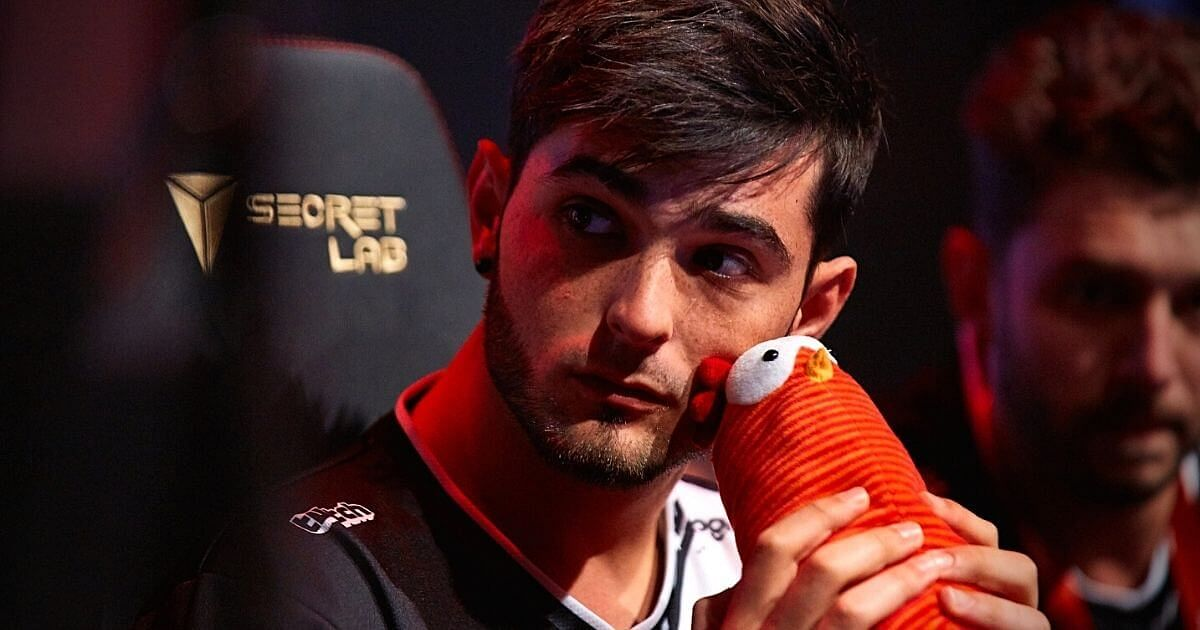 I believe this is going to change going into the new year. With the ambitious roster moves that seem to be on the cards for teams like Team Liquid, with the additions of Richard “shox” Papillon and Josh “oSee” Ohm and FURIA with the addition of Rafael “saffee” Costa. Another big move is the entire Evil Geniuses project headed by French coach Damien “maLeK” Marcel. As the dust settles from the pandemic and events return to the Americas, I believe teams from Brazil and North America will once again be fighting for the biggest titles in Counter-Strike – it seems like almost a certainty.

Going into IEM Fall 2021, Copenhagen Flames were relatively unknown at the elite level of Counter-Strike at #24 in the world, according to HLTV. They were placed in a group with international powerhouses such as G2 Esports, BIG, and MOUZ and proceeded to go 5-0 in said group. Despite not finding the same level of form in the event’s playoffs, they placed 7th and managed to secure a spot at the PGL Major Stockholm Challengers Stage. 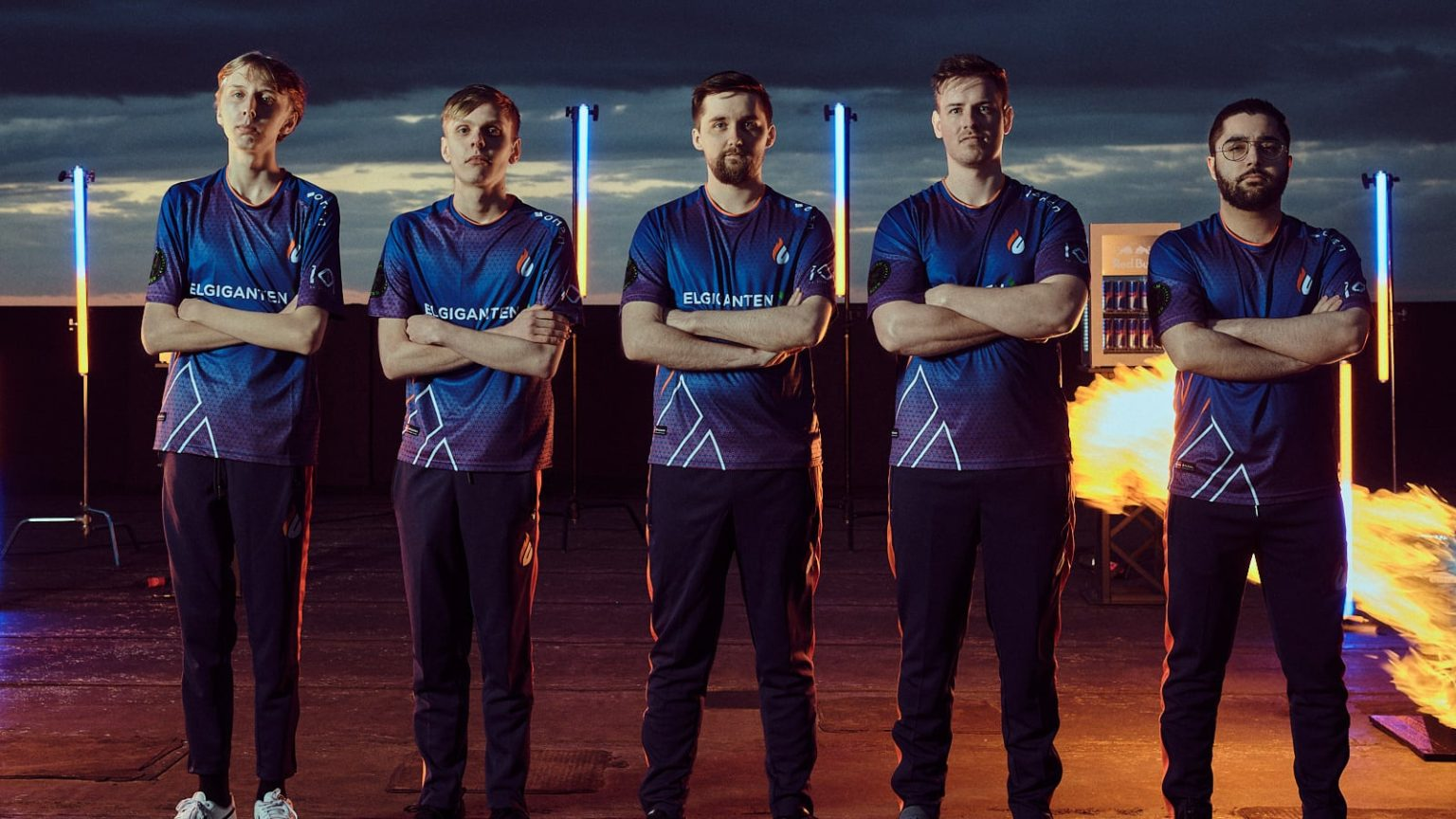 At the Major, Ramsus “HooXi” Nielsen’s men put themselves in the spotlight on the biggest stage of the entire year. They proceeded to dominate in the Challengers Stage with a win over the reigning champions Astralis and fellow countrymen Heroic, who were ranked #5 at the time. They proceeded from this stage 3-0, and star rifler Fredrik “roeJ” Jøgensen was the highest-rated player in the Challengers Stage with an average rating of 1.36.

This rich vein of form continued into the main event but ended with the Danish squad going out 2-3, just missing out on the playoffs. Playoff berth seemed almost secured if it wasn’t for some heroics on the final map of Ancient from ex-NIP player Linus “LNZ” Holtӓng. Despite narrowly missing on greatness, players like the previously mentioned Fredrik “roeJ” Jøgensen, Nico “nicoodoz” Tamjidi, and Jakob “jabbi” Nygaard all proved themselves on the biggest stage, performing excellently.

These performances netted them worldwide attention with interest from many organizations attempting to obtain their signatures. Dallas Cowboys-backed Complexity Gaming was reportedly the favorite to obtain the Flames. Still, the deal fell through as Copenhagen Flames announced in late December they were retaining their roster for 2022. Since the Major, their performances have been inconsistent, with them winning Malta Vibes Knockout Series 4 yet losing uncharacteristic series against lower-ranked teams like BLUEJAYS and GamerLegion.

In spite of this, I believe the squad will appreciate the break and come into the new year optimistic, ready to go toe to toe with some of the biggest names in Counter-Strike.