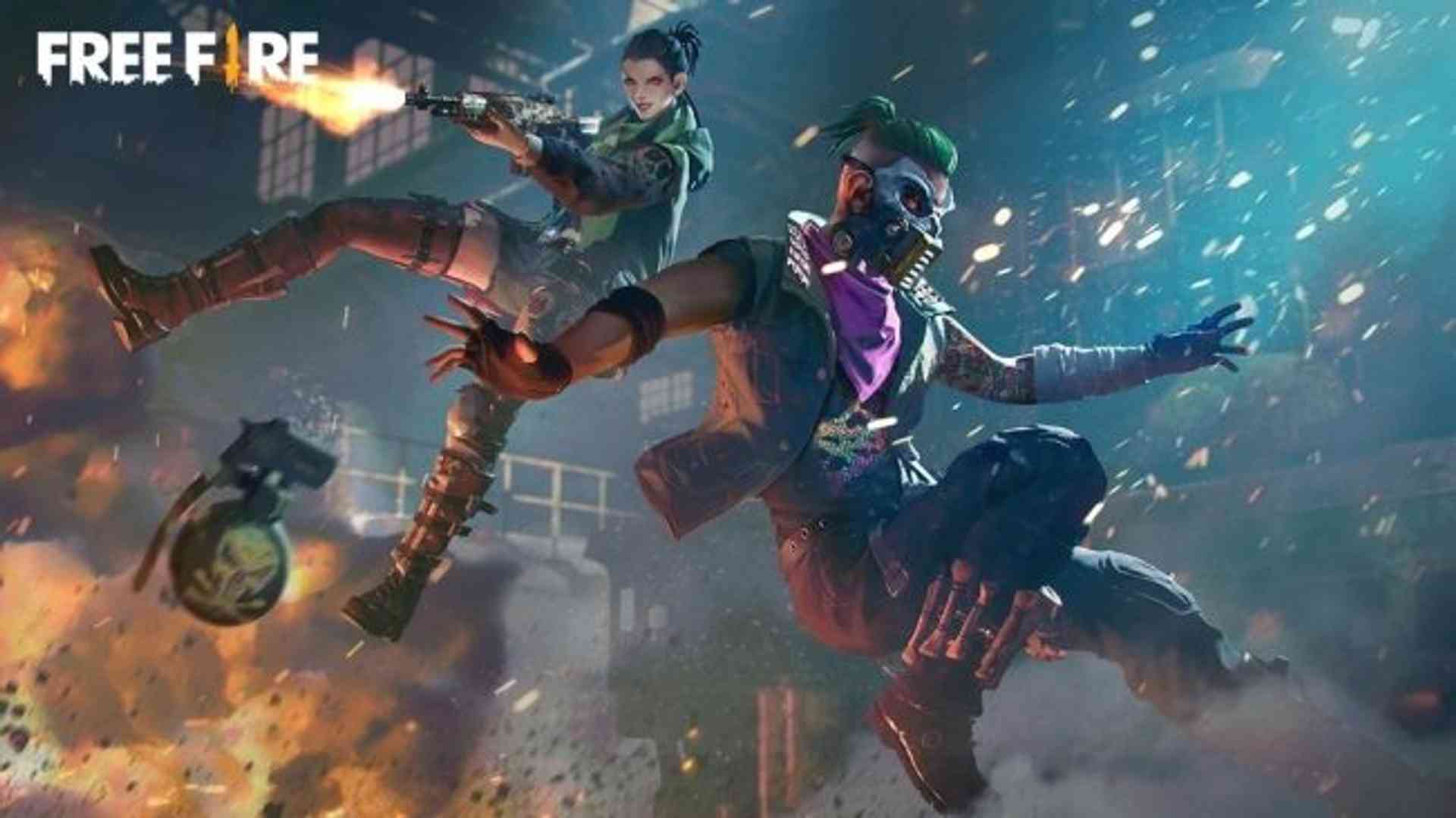 Garena Free Fire, best known as Free, is a mobile battle royale game available on both IOS and Android platforms. In August 2021, it set a record with over 150 million daily active users globally and continued to be the most downloaded mobile game in 2022. What makes Free Fire unique is its easy accessibility, and the different character options its offers players.

The game's optimization makes it suitable for downloading for high-end as well as budget Android and IOS devices. While Free Fire is easily accessible, players must learn certain tips and tricks that will guide them in becoming the best.

Here is a must-read Free Fire guide that explains how to pick the best characters, map locations, and weapons for anyone new or looking to learn about Free Fire.

Characters: How best to pick in-game

After installing Free Fire and choosing a game ID, players will be able to obtain characters. Characters in Free Fire are like in-game heroes players use when playing any mode. Characters can be obtained by completing missions or purchasing diamonds with the in-game currency. Moreover, new players will receive at least one Free Fire character for free.

Unlike other games, Free Fire characters are not only for cosmetic purposes. Each character possesses a unique ability that affects how a player approaches a game. The abilities differ for each character and include movement speed, increase in attack, defense, and healing. Some characters' abilities also extend to supporting their teammates in-game.

With the addition of Kenta in the OB33 update, there are now 43 characters in Free Fire. So, players have a wide range of options to pick from.

The inclusion of so many characters can be confusing especially when playing with a team but a good Free Fire player will pick based on his role in the game.

The roles in Free include:

Free Fire has five maps for the battle royale mode, which hosts a maximum of 50 players in one round. Players can choose maps based on their personal preference or agreement with teammates. The maps players can choose from include: 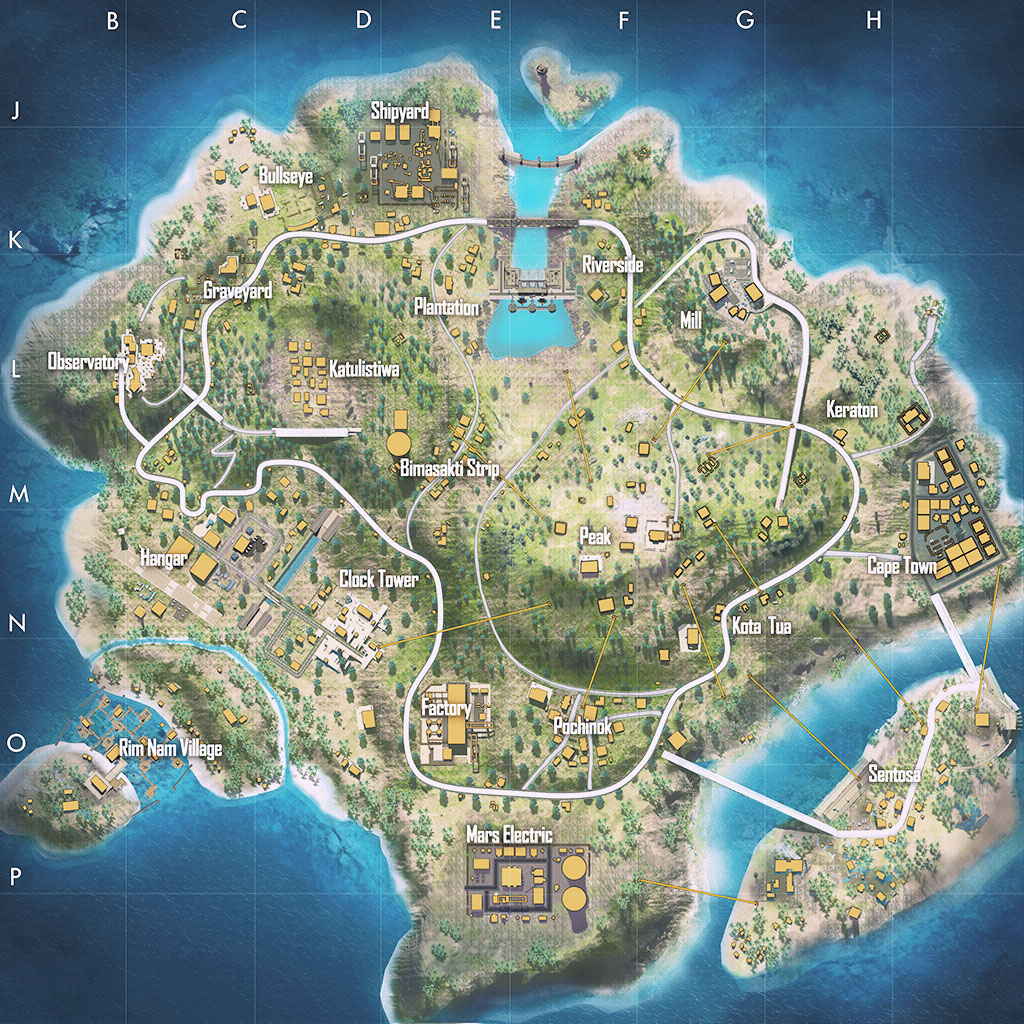 Bermuda is the oldest map in the game and still the most used to date. It features 20 locations and is covered with industrial buildings, houses, and forests. Bermuda is a classic map filled with beautiful terrains and natural elements. The best locations to land in Bermuda include Peak, Mill, Hangar, Pochinok, and Observatory. However, players who land in Pochinok must immediately arm themselves with guns as it’s very easy to get killed with no defensive tools. Players who are new to Free Fire or prefer to play safe can land in Sentosa, Mars Electric, or Shipyard to loot before rotating to more central locations areas.

Kalahari contains just 13 locations that resemble the Kalahari Desert in Africa. The lack of trees and grass in Kalahari makes it a more open map, often unsuitable for snipers. The five places players will often land here are Bayfront, Command Post, The Sub, Refinery, and Foundation.

Purgatory was the second map added to Free Fire, and it is home to 14 locations. It also contains plenty of grass and trees like Bermuda. However, the island is divided into two by a big canal, creating several ambush points. Brasilia, Mableworks and Central, Ski Lodge, and Forge locations hold the best weapons and items on the map.

However, the first three places are the busiest, with many players trying to obtain loot quickly. Passive players who prefer to land in safer places can go to Golf Course, Mt Villa, and Crossroads. While the loot rewards in these areas are low, the safety value they offer, especially at the start, is high.

Bermuda Remastered is a revamped version of the classic Bermuda map with 18 locations. While both versions are similar, Bermuda Remastered contains four new locations; Nurek Dam, Academy, Aden’s Creek, and Samurai’s Garden. With the changes made to this map, Peak, Nurek Dam, Factory, and Samurai’s Garden remain the best spots to land even in 2022. 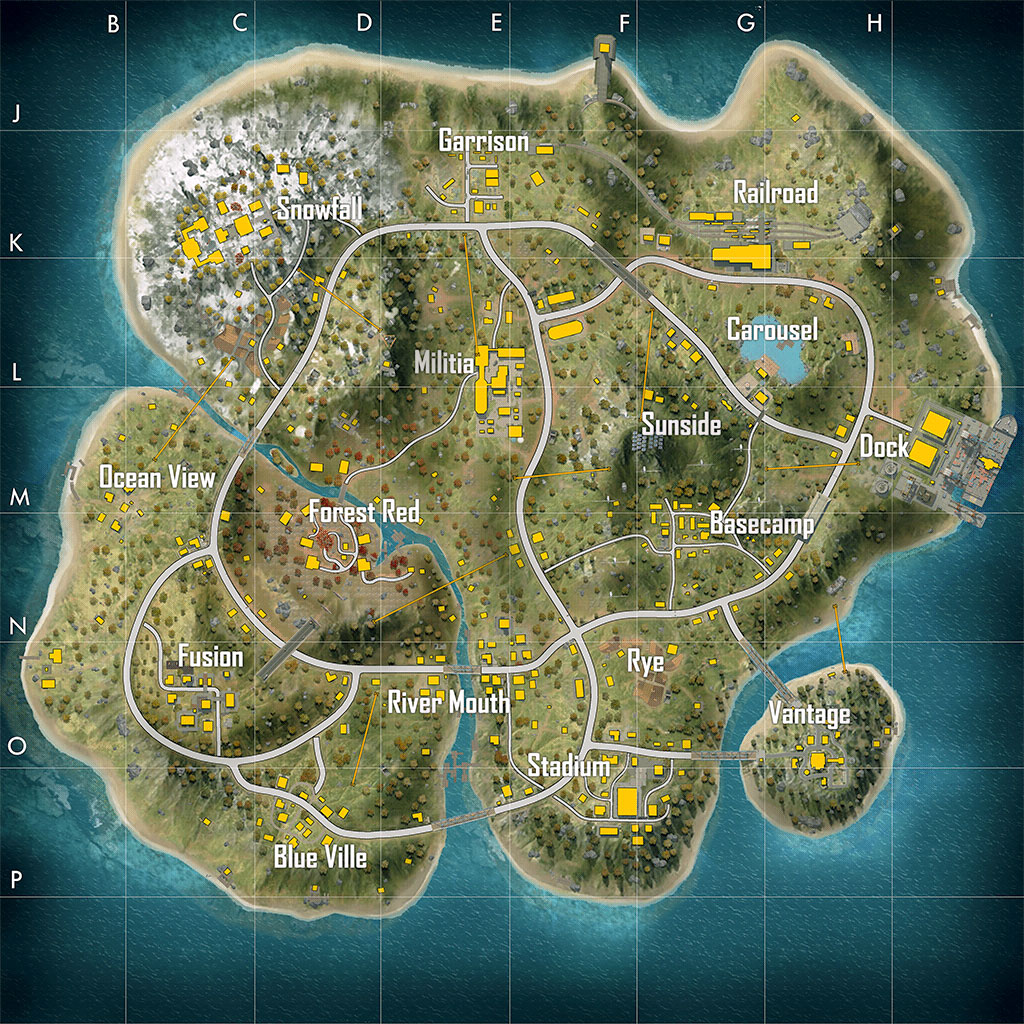 Alpine is the newest map in Free, with its launch on Jan.1, and it contains 16 locations. It features mountains covered with snow as well as culturally rich terrains. Players looking to obtain more loot in Alpine and gain advantage can drop in Railroad, Militia, Snowfall, Dock, or Stadium. These five locations contain the most loots in Alpine but are often crowded. Also, Forest Red is a good hiding spot as snipers can shoot from trees without being detected.

Players should also exercise caution when crossing through the River Mouth location, as it is often a good spot for snipers to take enemies out. Additionally, snipers often hide out in SkiLodge as it’s a high terrain and filled with the best rifles.

How to select your weapons in Free Fire 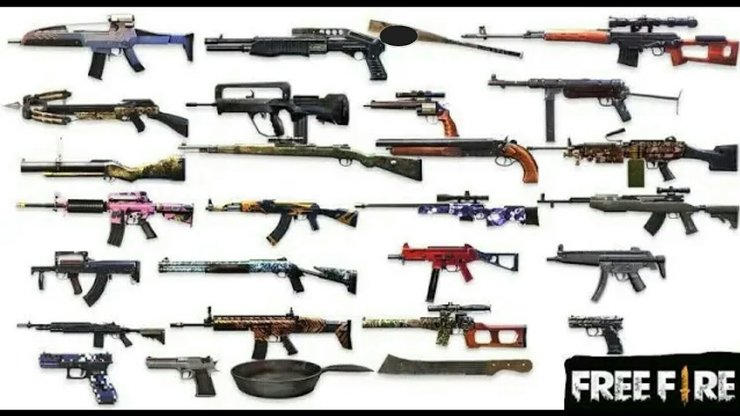 In Garena Free Fire, every player has three weapon slots; a primary weapon, a secondary weapon, and a sidearm. This means that you can equip your inventory with only three different weapons at the same time.

While you can place any type of weapon in the primary and second weapon slots, only handguns can go into the sidearm. When picking your weapons in Free Fire, always ensure that you have a balanced inventory. This will help you in late-game situations and during surprise attacks. It is very common to begin the game with only one weapon, but you must quickly equip yourself with more as the circle closes.

Moreover, do not be picky with weapons when you land at a location. Pick up the weapons you can see first, even though you may not like them. This will give you protection against early ambushes and surprises. You can also drop it when you find a more suitable weapon.

Furthermore, there are several types of weapons in Free Fire which gives players a lot to choose from. Weapons can be categorized into the following:

These are close combat weapons that players will often see immediately after they drop on any map. Melee Weapon in Free Fire includes Pan, Katana, Parang, and Bat.

Melee weapons in-game don’t really offer much, especially when your opponent is equipped with a gun. However, the pan, bat, and Katana offer protection from bullets being fired at you.

The launchers help deal damage to a particular area. Players often use launchers to lock on vehicles or buildings that their opponents may be in.

Meanwhile, crossbows are useful when aiming at targets from a distance. They are also very good for players trying to avoid using guns without suppressors.

Divided into Assault Rifles, Marksman Rifles and Sniper Rifles. Assault Rifles are often recommended for all players, and it is typical to always keep one. They are high damage rifles suitable for close and long-range combat. The Groza is seen as the best assault rifle in Free Fire, but it is only available via airdrops. Players can pick up the AK, ParaFAL, or M14.

Marksman Rifles are semi-automatic sniper rifles that can deal plenty of damage at range. The best Markman Rifles to pickup are the SKS and Woodpecker.

Lastly, sniper rifles are suitable for players who prefer long-range damage and have the skill to aim at a far distance. Best sniper rifles in-game include AWM, M82B, and Kar98k.

Shotguns are close-range firearms with the most powerful damage in Free Fire. The M1887 is the best shotgun in the game as it's lethal in gunfights. Other options include the M1014, MAG-7, and SPAS12.

Pistols: Players who use the pistol in Free Fire are often skilled and experienced. However, pistols are not a bad option to keep in your sidearm slot even though they are not frequently used. They also allow you to run much faster while holding them and can be useful in the beginning stages of the game.

Just like Rifles, Machine Guns can be divided into light ones and sub ones. The Light Machines Guns in Free Fire is always good as they have good range and damage. Also, it's easy to find attachments for Light Machine Guns. Options include: Gatling, KORD, M60, and M249

Sub Machine Guns are much more and remain the most popular weapon category in Free Fire. They are easy to use and are recommended for any new player. They also deal a good amount of damage even though they are not long-ranged. The best Sub Machine Gun options are Thompson, MP40, Vector, MAC10, UMP, and VSS.

Options here include a Grenade, Gloo Wall, Smoke Grenade, and Flash Freeze. Gloo Wall is one of the most used defensive tools in Free Fire, and players use it to block gunshots or cover themselves while hearing teammates. Moreover, it is also used to provide back cover when running from crossfire.