HooXi: "I don't understand why they would add Anubis, even though I haven't played it. I feel like there's so many other good maps that they could have added - Train, Cobble, Tuscan"

We sat down with Rasmus "HooXi" Nielsen before G2’s opening match of the BLAST Premier Fall Finals against Liquid.

Hugo "TheSwedishJoker" Nilsson Meier: So, it's been a while since the RMR. Have you been able to go through what you personally think went wrong at the RMR?

Rasmus "HooXi" Nielsen: Yes, we have had many long talks and hopefully we came to the right conclusion, so we can show a better face at BLAST. I won't go through the whole list of what went wrong, because that's a long one. (laughs) But yeah, definitely, we have talked about it and feel way better and way more prepared now for BLAST than we did at the RMR.

Preparation heading into the Fall Final

HooXi: Well, right after the RMR, I think it was the right thing to have a few days off and actually, kinda let people reflect and just get over the bad result. And then after that, we met in person in Berlin, most of us at least where we could.

And yeah, we talked about what we need to do for the future and then we started practicing online. And then here for the last week, maybe a bit more, we've been here in Copenhagen bootcamping, so yeah, there's been some productive weeks for sure.

BLIX.GG: So obviously, the news came out not too long ago about XTQZZZ leaving the team. Now you have Swani, the analyst, behind you, how do you feel that is going so far?

HooXi: I think it's going really well, like me and Swani have always had a good relationship. So like, obviously, he has to get into the role of being a head coach again. He tried it, I think, last year, around the same time but in general, I feel like we've been really productive and I feel like he's doing a really good job. So yeah, obviously, we would like to have a head coach and an assistant coach because that's like just one more person to help the team but it's been going all right I would say.

BLIX.GG: So obviously, there's a bit of a difference between an analyst and coach but I'd like to have your opinion on how you feel the differences between him and XTQZZZ when it comes to coaching.

HooXi: Well, I feel XTQZZZ is a bit more, I wouldn't say laid back, but like he is he's holding back a bit more. He doesn't like to speak too fast or react to his emotions where I feel like since he's not here anymore, maybe we do that sometimes and it gives both some goods and some bads. (laughs)

So yeah, I think that's the biggest difference and yeah, I think also, XTQZZZ had this idea of not being too involved in the scrims itself because he, as a coach, you know, you only have four timeouts and you can't really be involved in the game where I feel like Swani has been a bit more involved and I felt like that has been good for us as a team.

On his direction with G2

BLIX.GG: So you are still kind of new within the top tier scene, coming from Copenhagen Flames, which was initially a lower tier team, then grinding your way up to the Majors. Have you kind of gotten the grasp of where you want to take this team and what direction you want to go with the team?

So, that is the ultimate goal but like day to day and event to event I don't like having result-based goals. I want to have goals like, for example, focus points in game, out of the game, like something that we can do better that we didn't do last time and that's basically it. If we do those things at some point we will be the best team in the world, so I will be happy with the progression.

BLIX.GG: So, going back to the coach thing, obviously, Swani is just there for now. Do you personally have a dream coach that you would like to play under and cooperate with either in G2 or in a future team?

HooXi: Well, I think every Dane would say zonic right, because he has basically won everything as a coach and now he's even having success with Vitality as well. So it was not like a one time thing with Astralis and I think that's very impressive and I think for most people he is the GOAT coach. (laughs) So, I guess I'm gonna have to say him. 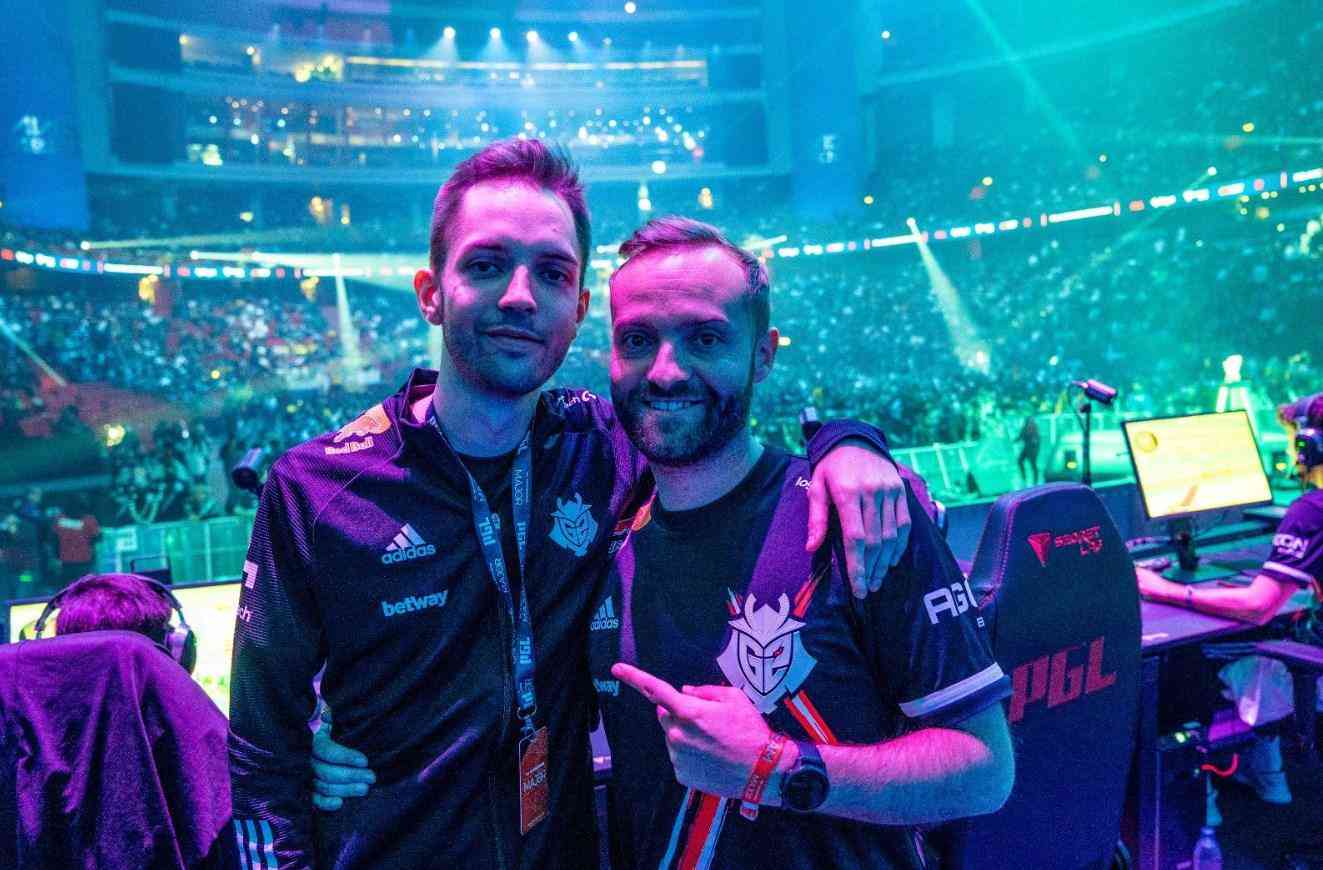 But I always think it's hard with coaches because unless you have actually had them in your team, it's hard to say how much impact they have and what they do and I'm sure like there’s a coach out there that is as good if not almost as good as zonic that people just don't know about. So yeah, I think it's tough with coaches.

Feeling and dealing with pressure

BLIX.GG: So this is the first ever arena event for you in Denmark, at least. Do you feel any additional pressure to go through the group stage here?

HooXi: You know, I haven't really put too much thought into it. And I wouldn't call it pressure, but like, I'm more hyped to play, I feel more than pressure, I really want to go there and I really want to get there. But at the same time, I just have a feeling this won't be my last chance to play in front of a Danish crowd. So, I'm not feeling like this is the one and only time I have to perform.

But yes, for sure, I would love to play in the arena.

BLIX.GG: Do you have any ways to deal with things like, for example, when pressure comes? Maybe in situations like after the RMR or like now when you are playing in front of your home crowd?

HooXi: No, I wouldn't say I have the perfect formula to relieve pressure or to deal with it. Pressure hasn't really gotten to me too many times, I think the only time I really felt the pressure was like, in the game against GamerLegion at the RMR. So honestly, it's still new to me to feel the pressure. I don't really feel nervous on the stage as well, so I guess I'm learning every time I feel it but yeah, it hasn't been too big of an issue for me.

BLIX.GG: So, a couple of months ago, there was a thing among CS:GO players on Twitter about the Player Break being changed by the CSPPA and they were complaining that they didn't get to have an input on it. What do you think should be done?

HooXi: I think that was a huge misunderstanding with the whole Player Break thing. I was vocal about it on social media. Well, how it works is that we are all in one big WhatsApp group and they asked us about how we felt about it and I think maybe two or three people answered out of however many there are. And all of those who answered were positive about the change and no one who was negative about it said anything.

So, for me, personally, I don't care. I don't give a fuck. I just want to play. I don't really get burned out too much and I am basically bored every time I don't practice and play officials. So for me, they could remove it if they wanted to. (laughs) But yeah, I don't know. It's an unfortunate situation and I think both CSPPA and the players could have taken more responsibility and done better for sure. So it's like, nobody's fully in the wrong or fully in the right, in my opinion.

On the new update

BLIX.GG: Okay, so a new update was released recently. Anubis in, I think it was Dust2 out. AWP reduced from ten to five bullets, and M4 damage at range slightly adjusted. Have you had the chance to take a look at it yet?

HooXi: I've been no-clipping through Anubis for ten minutes, I feel like it's hard to take anything from that. But if you look at history, I feel like when Valve puts in a new Valve-made map, it's a bit rough in the start and they have to put in some work and a good few updates before it plays out well. Obviously, I had a full team behind me whining about Dust2 being removed because they all loved it but I hated it, so I'm fine with it. (laughs)

But no, as a team, it's tough for us that Dust2 has gone because it was a good map for us and we felt confident on it. So, we'll see if we get to play it here in maybe the last tournament with Dust2 in the map pool. For the AWP, I don't think it will have a huge impact but I'm fine with them nerfing the AWP a little bit, I think it's really strong. I think they should do something about the close range though, instead of actually removing bullets. I don't know what they should do though.

And for the M4, obviously, we're going to play on the old patch here at BLAST, so I don't know. I haven't changed to the A4 yet, but I probably will. That's all I am going to say.

HooXi: Well, I think they should just put both M4s at 3000 dollars and then they should make it so that you don't have to pick between them and you can just buy both of them when you're in the game, and I think that would do a lot.

Maybe somebody would prefer, you know, one over the other more, and maybe one will be used more, but then you can kind of go to the balancing after that, but it definitely feels like that's the first step. For the AK, I don't know if you have to do anything. I feel like the AK is perfect at the moment.

BLIX.GG: Is there any map in the map pool that you would like to have out from any of the inactive ones? Maybe take out Anubis and pick another one instead? 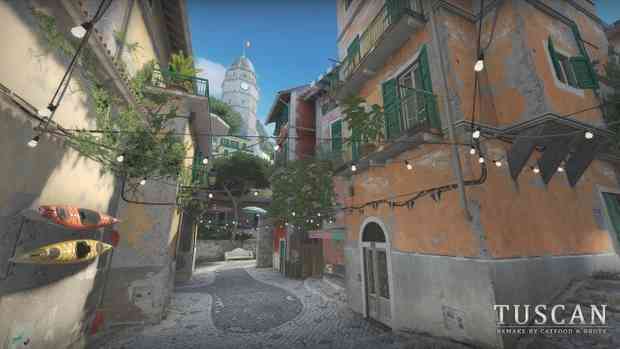 I love Tuscan, because I came from Source. I love Tuscan, I feel like that should have been added. But I don't think it's a bad idea to remove Dust2 because it's just like it's kind of stale and boring. I have the same feeling about Mirage. And I see a lot of people hating on Overpass and I don't understand, it's like my favourite map. (laughs)

Thoughts on the Danish Scene

BLIX.GG: Last question, I would like to ask you about the Danish scene. So there are not maybe too many names as there used to be, Astralis is not here in Copenhagen right now. We have Heroic, we have you, karrigan, es3tag and there used to be Copenhagen Flames as well at the top.

Now, you know, you all kind of spread out in different teams. What do you think the Danish scene can do to provide more, you know, talent or fully Danish teams to the top tier scene? Like Heroic for example.

HooXi: I feel like we have too many players and too much talent to like for the Danish organisations to house them. And I think that's actually the issue here, like you could make a top Danish team with all the Danish players who are in international teams, so I don't even know if it's a problem. I feel like it's a luxury problem, maybe that we have so many good players.