During the month of July and August experienced the intense football transfer market. Although in League of Legends this period starts in November, the two have 3 main factors in common: The teams, the players and the agents.

Read more: 7 ADCs that rerolled to support and won their leagues

Players are the main agent around which everything revolves in almost any competitive arena. While the ultimate responsibility of players is to perform on the football field or in the summoner's rift, the offseason is a crucial part of players' careers. You need to have a clear idea as well as set your priorities; some players prioritize money, others the project. The future and how they end of some players' careers will depend on it.

Teams are a fundamental piece, especially in the case of League of Legends, since everything goes through their first approval. Unlike in football, teams cannot talk to players who are under contract with another team unless they’re given permission to do so. This doesn't usually happen in football, in many cases players who want to transfer have already negotiated with the new team before talking to their own team. But in League of Legends this doesn't happen. Even if a player communicates their interest in exploring offers, if their org doesn’t allow them, they won’t be able to. The only exception is if their contract specifies they can. Which brings us to the last essential factor of the market, the agents.

Agents have been a controversial topic in recent years — both in the football industry and in LoL. Agents are in charge of representing a player, they have a contractual obligation to their player to help them fulfill goals and career objectives. They’re also usually in charge of negotiating with orgs on the player’s behalf, seeking the relevant transfers, advising them and providing them with the tools they need; both fiscally and personally.

In League Of Legends if a player finishes a contract, after the date of free agency they’re free to negotiate with whoever they want. The date of free agency is chosen by Riot; this year it falls in November. After the date of free agency, players can begin negotiations with whoever they want. Often if players intend to leave or want to leave their org, they can ask for permission to look for offers ahead of time. If they still have a contract and one of the parties isn’t interested in renewing it, then the parties would generally try to reach an agreement allowing the player to go out to the market. 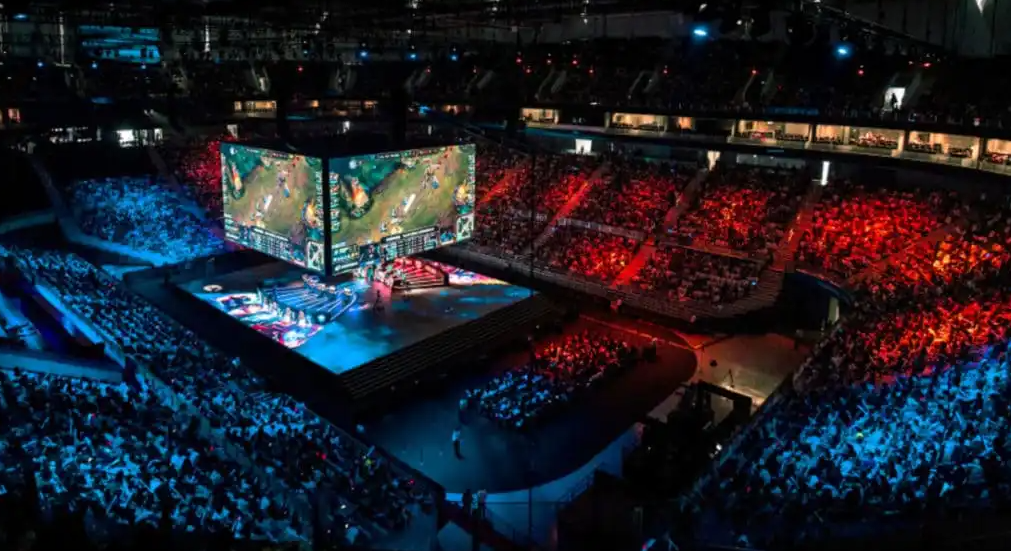 The third option is when another team is interested in a player, regardless of the time of the year, the team may contacting the player’s org to try negotiating a sale, transfer or loan.

If a player’s contract is up, they’re technically in free agency and are free to do whatever they want. Team orgs can give permission for players in these situations to move to a new team earlier.

If a player is still under contract, one transfer can only be done with the authorisation of all 3 parties (The team they’re departing, their new team, and the player themselves.) None of the parties can unilaterally carry out the operation, neither can two parties agree and carry out a transfer without the permission of the third party.

In North America it is possible to transfer a player to another club who will assume 100% of their contract and there are no contractual changes; meaning team orgs can transfer players without the player's consent. These kinds of trades also happen in trad. sports too, in the NBA, for example. But in Europe these kind of transfers aren’t possible

Once all parties have agreed to a new contract, there is a document sent to Riot for approval of the transaction and an update to the Global DataBase, called a Trade Form. (In the case of player registration the document is called a Submit Form.)

Comparing it to transfer markets like football; the LoL market is quite different and unique for each player; In traditional sports, usually players have the possibility to talk to other clubs freely, and agree everything contractually before having anything closed between teams. It’s a system much more focused on players and agents than on the clubs, although the final word always resides with the club itself.

We’ll leave you with a small list of all the free agents finishing their contract this year so you can enjoy a free ride for your theorycrafting: 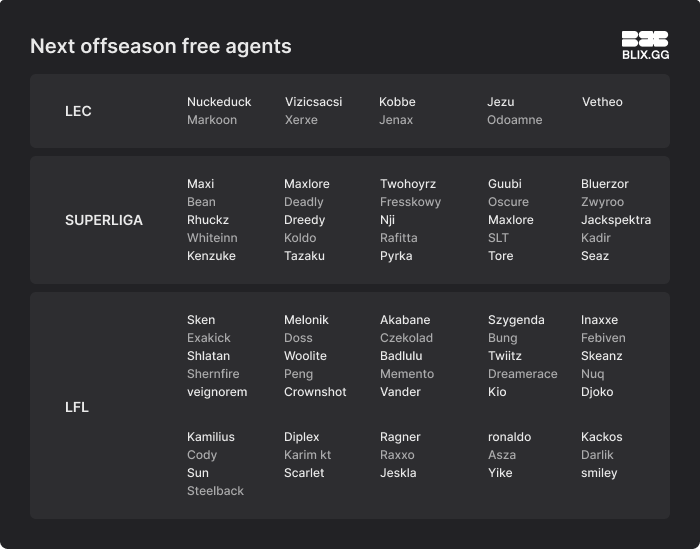