League of Legends Preseason 2023: New Items and old ones changes

Riot Games unveiled a big part of the changes we could see for the 2023 League of Legends season. Without a doubt the pre-season is that time of year where anything new comes out totally unbalanced and one of the best times to try things out on the Rift.

Although the article from Riot Games brings changes also in one role of the game (the jungle) where pets return, and the return of the techno chemical dragon that we didn't get to enjoy too much this year, we will focus mainly on items, one of the factors that will determine the course of next year's meta.

Back on tank duty

It seems that Riot has not been very happy this year with the evolution of the role of tanks in the game, as most of the changes in items and new items that we can see are in the category of tanks, where we would find three new items which would be focused on the accumulation of armor, magic resistance or percentage in maximum life.

Read more: 8 Champions that Made a Comeback for Worlds

The new items would be:

Colossal Consumption: Charge up a powerful attack against a champion over 3 seconds while within 600 range of them. The charged attack drains the target, dealing 50 + 10% of your maximum health as bonus physical damage and healing you for that same amount. You permanently gain maximum health equal to 15% of the drain.

Voidborn Resilience: For each second in champion combat gain a stack granting 3 Armor and Magic Resist, up to 10 max. At max stack become empowered, instantly draining enemies around you for 4% of your maximum health each (reduced to 1% against minions and monsters) and doubling your resists from stacks until end of combat (60 second cooldown).

Guiding Light: Upon casting your ultimate you Transcend, increasing your maximum health by 10% for 9 seconds. While Transcended you and allies within 1200 range of you gain 25 non-ultimate Ability Haste. You and allies will also heal for 1.5% of your maximum health every 3 seconds, increased by up to 100% based on that champion's missing health. Healing is doubled on yourself.

On the other hand, we'll also see the return of two old familiars from the scene, the Rod of Ages and Spear of Shojin, two items that Riot had to remove from the game due to how unbalanced they were. 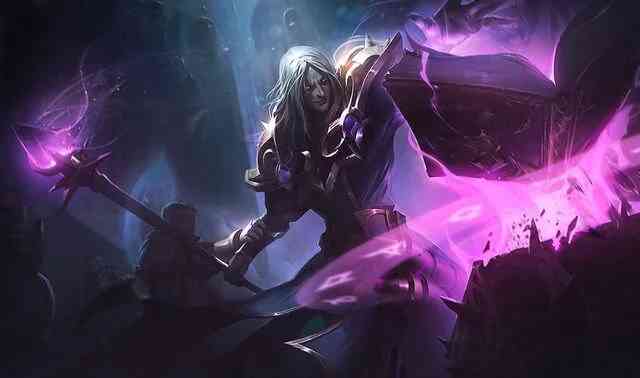 This item is undoubtedly one of the cores for mages that scale abilities because of the mana they have or that spams non-stop, such as Kassadin or Ryze. But also for the usefulness of the extra level that can be providential for champions who find their powerspike at a certain level as is the case of Kassadin's level 16.

Exigency: Gain up to (15% for Melee champions / 10% for Ranged champions) increased movement speed, based on your missing health (maxed out when below 33% health).

Note: Spear of Shojin's Dragonforce effect considers conditional crowd control abilities as an immobilizing spell. This includes Riven's Q and Jhin's W. Rengar's base E benefits from the full effect, but this might be tentative as empowered E is a root.

As for the Spear of Shojin, the stats and passive speak for themselves, ability haste, %bonus AD, movement speed. The Spear of Shojin debuted at the beginning of Season 8. The item grants +60 attack and +250 health, plus a 20% cooldown reduction. The passive ability granted 50% additional attack speed and returned 20% of the cooldown of the user's basic skills.

This was unhealthy for the game's competitive scene, so Riot Games removed the item. Champions like Jax and Renekton were abusing Shojin's Spear too much.

As for the rest of the items, so far it's all just tweaks to some of the items already in the game, which you can see in more detail on Riot Games article.