LEV Adverso: “In order to win Champions, you just have to win against everybody”

Leviatan, the reigning champions of Latin America, are firing on all cylinders thus far in the 2022 Valorant Champions tournament as they defeated Team Liquid 2-0 in their opening Group A encounter.

It was the result of a confluence of factors that helped LEV steer ahead of their EMEA counterparts. The flawless record in pistol rounds, the neutralization of TL’s comps, including the one on Ascent, which featured Phoenix, and the long-awaited arrival of their head coach Rodrigo “Onur” Dalmagro in an in-person capacity for an international LAN. All these have ultimately pushed LEV to the brink of advancing to the playoffs with one more series victory to spare and, most crucially, rekindled the hopes of seeing yet another LATAM take over Champions just like KRÜ Esports did last year.

While the tournament is still in its infancy, there’s no reason to doubt the possibility of LEV catching fire at the right time with the VCT spotlight shining down at its brightest on the Mediterranean.

Following LEV’s opening series, one of their players, Benjamín "adverso" Poblete, spoke to BLIX.GG about the team’s progression from Masters: Copenhagen, how they prepared for TL, how crucial it is to have Onur in person with them, and more.

Pedro Romero, BLIX.GG: Congrats on the win against TL, Adverso. Let’s talk about your reaction towards beating your opponent for the opening series in Champions.

Benjamín "adverso" Poblete: I'm happy that we started on the right foot. We were feeling pretty confident about the match. Even though it feels there were a couple of things we could have fixed, we're still happy with our performance, and we're pretty comfortable for tomorrow.

BLIX: What was the team's initial reaction upon being drawn to Group A alongside PRX, TL, and EDG? Was the team this confident before the tournament in comparison to right now?

adverso: In order to win Champions, you just have to win against everybody, so we felt pretty confident, and it wouldn't really matter who we went against in the group.

BLIX: Talking about the match against TL, was there a particular thing that you guys have been focusing on in preparation for this series?

adverso: The main thing was making the game their own, and so it was more about having that approach against TL. It's about being happy, confident, and focused on the macro. You can have really good matches where you play really well, and you still lose, and you can have bad matches where the same thing can happen. It's just playing your own game at the end of the day.

BLIX: What about pistol rounds? It seems you guys dominated within that department throughout the series. Was that another point of emphasis that the team focused on?

adverso: We worked really hard on the pistol rounds. We know the importance of them, and we've been working on them as well. We know that it could turn into an eco round for the enemy team and how that could potentially turn into a bonus, so it's more important for a round like that shaping the game.

BLIX: Looking back from Masters: Copenhagen to now, you guys finished in the Top 6, which is an admirable showing. From your perspective, what has been the biggest takeaway from your experience in Copenhagen, and how have you used it to prepare for Champions?

adverso: The biggest difference between Masters 2 and Champions was being able to have our coach Onur being on stage. It's something that was definitely missing from us even though we had a good performance, but now we have that extra boost of confidence and happiness with him around. 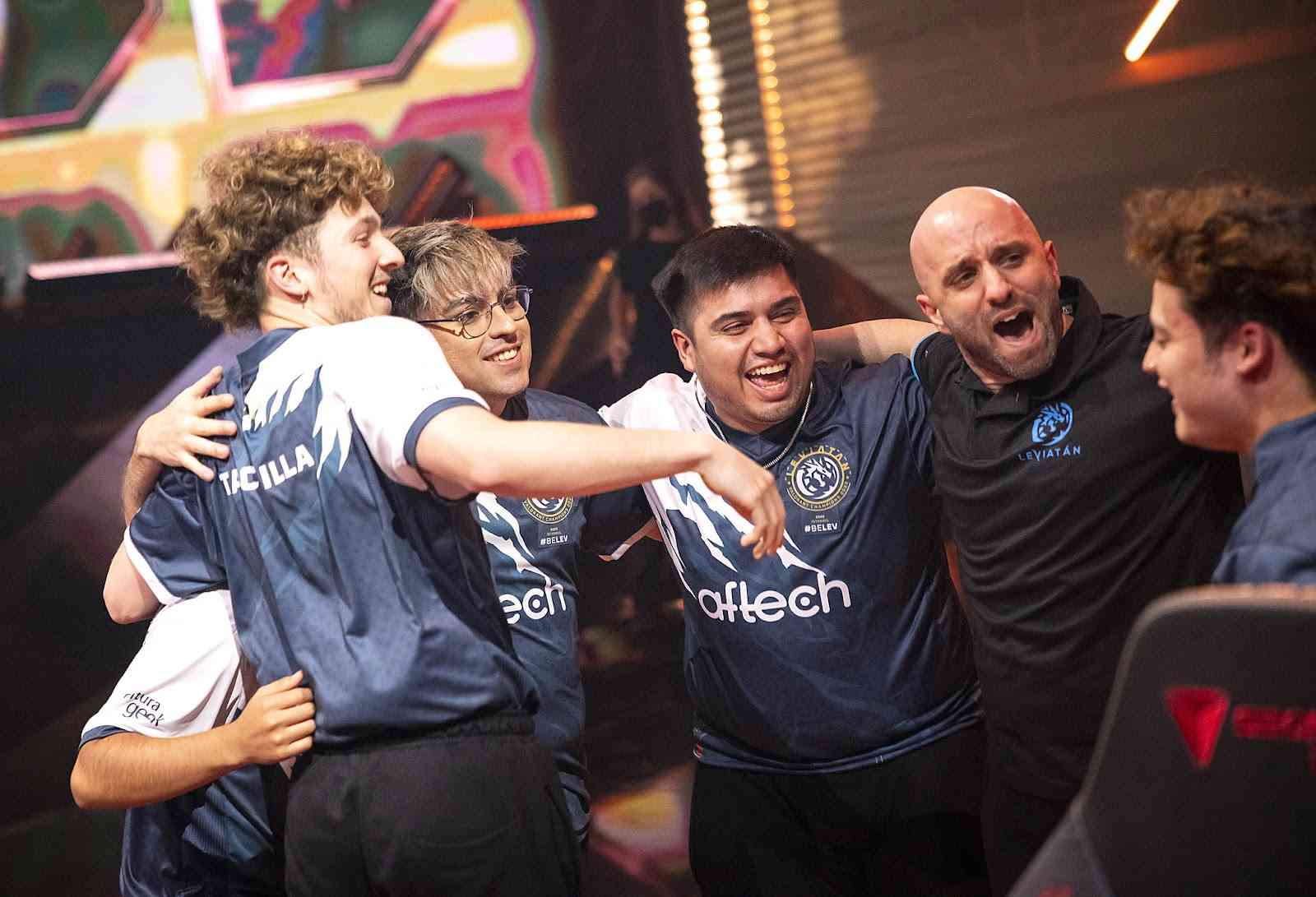 BLIX: Examining how Leviatan fared in their first international competition, many people talk about how the team didn't have much international experience going up against the best teams. Do you think it was that lack of experience which impacted performance at Copenhagen?

adverso: The results that we got against the best teams in the world were very, very close with respect to how our games transpired there. Also, we got to Copenhagen just a couple of days earlier, but we had the chance to practice against European teams. We always obtained good results in scrims, and we felt pretty confident as a result. Even though it wasn't the best tournament for us, we knew that we were capable of delivering the results at the end of the day, which we did.

BLIX: After just one day of Champions, we've already seen many interesting aspects of the meta. Pearl was played for the first time, and TL selected Phoenix in your series. From your perspective, what aspect will dictate the meta for this tournament?

adverso: For the first question, every team adjusts to what really works the best. In order to play a duelist in one of those duelist picks, you need to be a very, very good player individually speaking, so on that front, we were able to manage that. Regarding Pearl, I was really surprised to see EDG go for this map pick because they were playing on it during the LCQ since there was little time to play on this map before the tournament started and really see what would be brought to the table.

BLIX: KRU Esports hasn't played yet in the tournament, but nevertheless, what is the current level of confidence from these two teams? Is it possible for you to speak on KRU's behalf about how Latin America might fare against the rest of the competition?

adverso: The level has already been proven by what KRU has been able to do in qualifying for every single international event. When it comes to our relationship with them specifically, it has basically become a derby between us, so I have a lot of respect for them despite the fact. I feel like Valorant really made a difference compared to other video games. In League of Legends, Latin America hasn't found a lot of good results, but now we're really making a difference. For KRU and LEV, we always come as underdogs. We're able to prove ourselves on an international stage like this one.