Beyond Gaming made their return to the League of Legends World Championship by finishing second in the PCS summer split playoffs as the sixth seeded team.

Unlike their shaky regular season which saw them struggle against the league's top teams, whose issues included switching Liang out of the starting top lane role for Likai and familiarizing with the latter, their form soon went into overdrive once playoffs started as victories over PSG Talon and J-Team secured a return to LoL's centerpiece event.

Shortly after BYG's opening in the Worlds 2022 Play-In stage, Likai spoke to BLIX.GG to discuss how the team won the PCS as the sixth seed in playoffs, his improvement during the summer split, his experience in Champions Queue, and more.

Pedro Romero, BLIX.GG: Thanks for doing this interview. How are you taking in this Worlds environment so far as a member of Beyond Gaming?

Liao "Likai" Li-Kai: I have always been thinking about getting here. I wanted everyone to see me and my performance in Worlds and I played with that in mind.

BLIX: You were previously a member of Machi Esports, who qualified for Worlds 2020. You didn't participate in the actual matches back then, so how was it for you to actually play on the main stage as opposed to just being a substitute?

Likai: It was definitely not easy for me but I think my hard work has been paying off right now.

BLIX: BYG also experienced a similar peak in the playoffs by going from the sixth seed all the way to qualifying for this event. What sparked within the team to pull off that playoff run and what sort of adjustments did they make from the regular season to playoffs?

Likai: I suppose that every member in our team worked hard and we practiced hard together.

BLIX: Talking about yourself, you started the year on the bench for the spring split before eventually becoming a starter in summer. What adjustments did you make to your own play style that allowed you to become a starting caliber player for the summer?

Likai: I improved my communication with the whole team and I worked really hard on the laning phase. These things let me that become the starter for the team.

BLIX: I spoke to Liang and he talked about how you guys simulate matches as a way to prepare for official matches. In your eyes, how has it been to work with Liang throughout throughout the summer split and during the leadup to Worlds?

Likai: I have to say Liang is definitely a good player especially at his laning skill. Sometimes, he'd ask me to do some simulation matches so we do that to practice with each other and improve as a result. 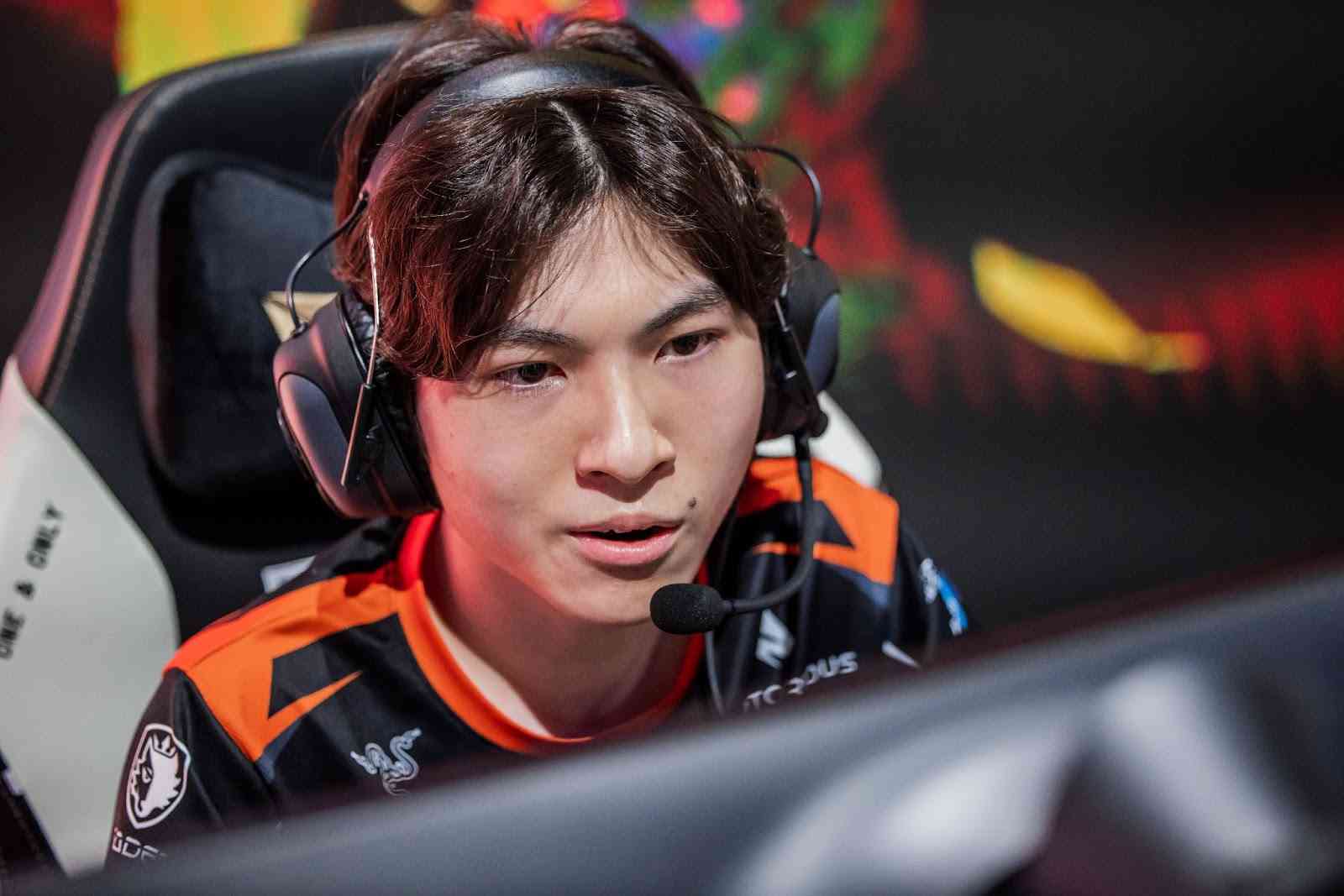 BLIX: Talking about your stay in Worlds, have you been able to participate in Champions Queue? [Liang: Yes] How can you describe your experience playing in this seriver which was created at the start of this year?

Likai: I think it's really fun because it makes me encounter a lot of different players from all over the world so it's really interesting for me.

BLIX: Which player has made the biggest impression on you while playing in Champions Queue?

Likai: I've not really encountered such a player so far.

BLIX: Not even anyone from within LPL, LCK, or other leagues?

Likai: LPL players don't really join the CQ server. As for myself, I don't play them much in solo-queue and the CQ server so maybe that's a reason why I haven't met anyone that surprised me.

BLIX: How does Champions Queue compared to other special servers elsewhere in the world such as the Chinese super server?

Likai: I do think it's a really good idea to have a special server like CQ and I like it a lot.

BLIX: Given that you've been playing against other top laners from all over the world, what do you think has been the biggest takeaway from facing them?

Likai: For me, they are all really strong players, so I really have to improve myself especially on laning phase a lot so that I can counter them.