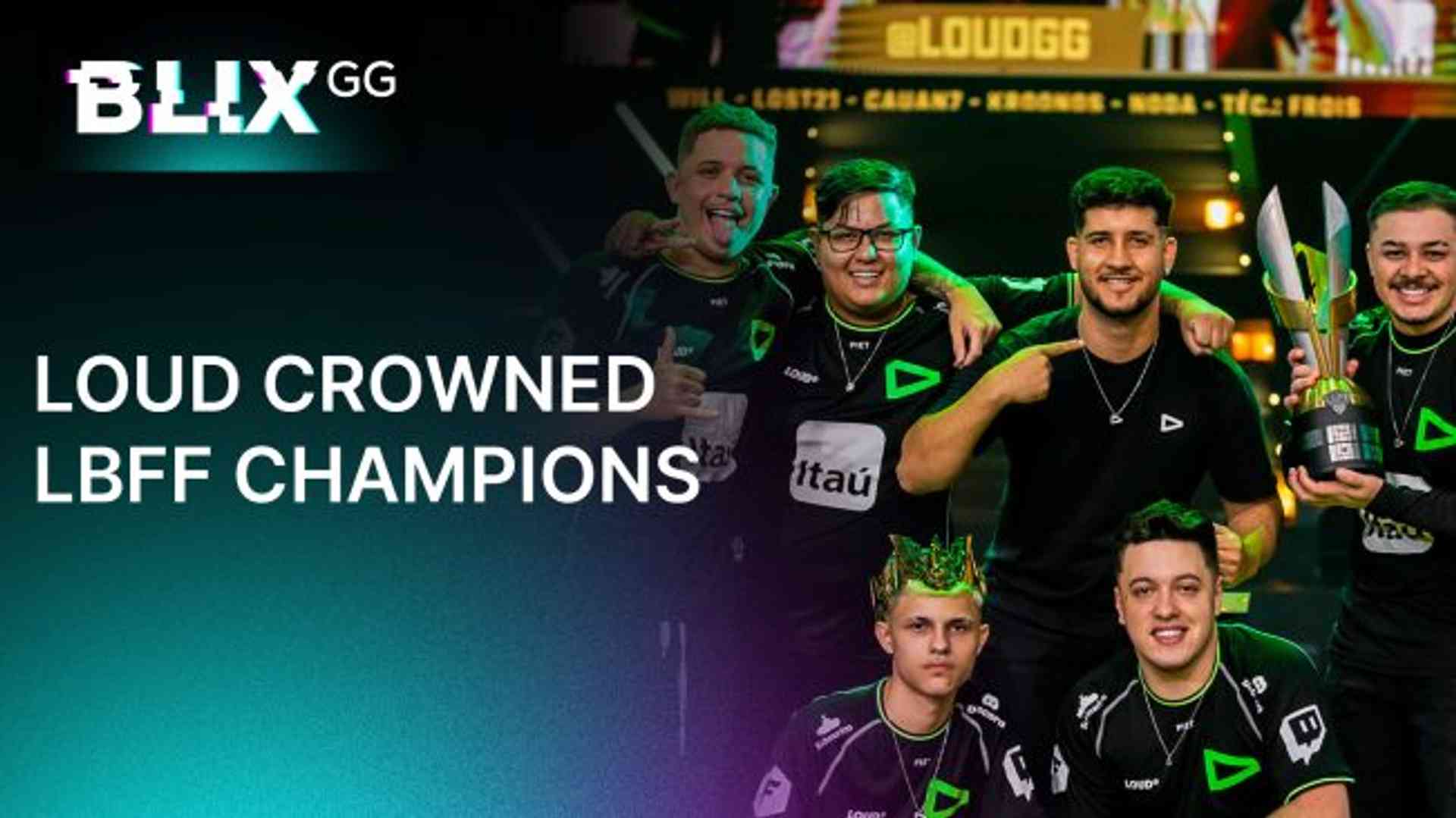 After an intense final, LOUD edged out other competitors to win the 2022 Brazilian Free Fire League (LBFF). The LBFF featured the country’s top 12 teams who battled it out in nine rounds of Free Fire on Purgatory, Kalahari and Bermuda.

LOUD’s victory earns them a spot at the upcoming Free Fire World Series as well as the $22,000 1st place prize. The team ended the tournament with 60 kills, 137 points and 2 Booyahs (victories). Furthermore, Vivo Keyd, who finished in second place with 111 points, will also represent Brazil at the Free Fire World Series. However, as opposed to LOUD, they will start the competition from the play-in stage.

LOUD consistent in finals to win the 7th edition of LBFF

Heading into the finals, B4 Esports and Magic Squad were the favourites to win it all, as the two teams had outstanding group stage performances. B4 looked unstoppable with Yago “Yago” Vinicius leading the scoreboard in terms of kills. Moreover, B4 were the defending champions of the league, and with Yago on their side, it seemed like they would become the first team to win consecutive titles.

Meanwhile, Magic Squad set a record for most Booyahs secured with 15 wins in the group stage. While LOUD performed quite well in the groups, finishing in fourth place, they weren’t regarded as favourites. However, this all changed in the finals as LOUD took control of the first game. They began with 4 kills in the first nine minutes and quickly extended their killstreak to 14 with successive triple kills from Cauan "Cauan7" da Silva. LOUD secured the first Booyah of the day with 17 kills to their name.

While LOUD had a strong start in the finals, the subsequent victories from Magic Squad pushed them to second place by the fourth round. However, they quickly regained first place after wiping out Fluxo in round 6 to secure Booyah. From round 6 onwards, LOUD consistently earned enough kills to increase the gap between themselves and their competition. While they did not secure a Booyah after round 6, LOUD’s constant kills were enough to secure first place in the end.

Up next: Free Fire World Series

With the end of the Brazilian Free Fire League, LOUD will now turn their attention to the 2022 Free Fire World Series.

“Our next step is World champion,” finals MVP Cauan7 said in the post-game interview.

The Free Fire World Series will take place in Sentosa, Indonesia from May 14 to 21 with 20 of the best teams from the regional leagues. After losing the finals to Phoenix Force last year, LOUD will be eager to win the title and prove Brazil’s strength as the best region in Free Fire.