MSF Irrelevant: “Although I was nervous in the beginning, I personally feel I play better on stage.”

Heading into the 2022 LEC Summer Split, there was plenty of intrigue surrounding Misfits' newest starting top laner, Irrelevant. Not only was he promoted to the main roster from the organization's academy team, but he was also slated to replace HiRit as their newest starter for the second half of the year, which served as the de facto qualifying process for the World Championship.

With plenty of responsibility and presumed pressure--not to mention Misfits' woes at the start of the split, which saw them drop their first four games of the season--Irrelevant had plenty of obstacles to overcome at the beginning of his LEC career.

Fortunately, Irrelevant is yet to be rattled by the rigors of the LEC, for he has helped his team rebound by winning their next three games to sit well in contention for a spot in the playoffs.

Following Misfits' victory over MAD Lions, Irrelevant talked with BLIX.GG over his experience in the European top-flight so far, how he has integrated with the team, the conversation surrounding ERL players having enough to accommodate in the LEC, the origin of his name, and much more.

Pedro Romero: Thanks a lot for accepting my request for an interview and taking the time to speak with me; irrelevant. You guys are currently on a three-game win streak (with two of them happening this week) after starting the split with four consecutive losses. How are you feeling after finishing Week 3 on a high note?

Irrelevant: The win today makes us feel really good. I was happy about winning the previous two games against SK and BDS, but it wasn't that big of a deal because they were bottom-tier teams. Today, on the other hand, we beat MAD, who's a really good team because they're playoff contenders as well. And yeah, I'm really happy about that.

I asked Mersa about what enabled this team to bounce back, and he talked about how the team struggled with adapting to the current meta against the rest of the LEC. From your perspective, what do you think kickstarted Misfits' return to form?

I would say the biggest thing that allowed us to bounce back was that we were kind of choking in the beginning. In the first four games, our communication was really bad. We had good scrims, but we were just unable to translate it into official games. Maybe it was because of the nerves--I was nervous myself. I don't know how it was for my teammates, but I think that was the biggest reason. Also, with the meta, we started to practice with the champions that I actually got, and I think it showed because we also have a lot better drafts now.

You mentioned initially being nervous when starting to play against the rest of the LEC. That comes as no surprise, given that you are a rookie after joining Misfits just before the start of the summer split from its academy team. How do you feel you have been adapting so far at this point in the season?

It's hard to say, honestly. Coming into LEC with the whole team, it was like a daily routine. Everything went a certain way like this and that. It started resembling more like that a lot more often than any other team I had been in. But I think once you do it, especially once you start playing a few games on stage, I'm slowly improving myself, and I feel a little calmer, so that's good.

Going by a percentage scale, how would you rate yourself in terms of being adjusted to playing in the LEC?

How has the rest of the team (players and coaches) helped you accommodate in the LEC? 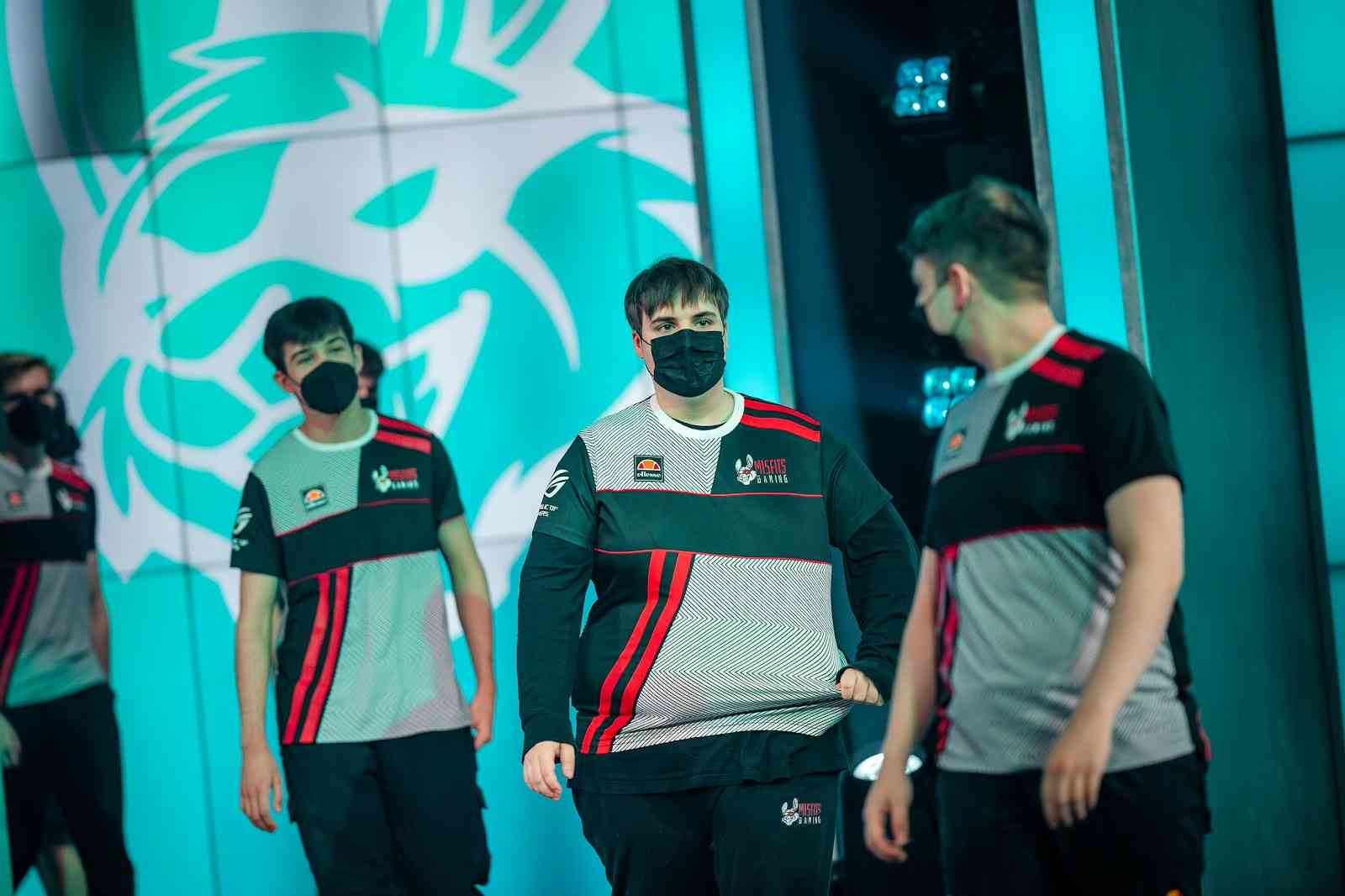 There's been an ongoing argument within the LEC about how rookies getting promoted to the LEC from ERLs are being expected to help their team lead to success as soon as possible. That means they wouldn't have enough time to develop in the LEC before getting the boot properly. Should they not attain success after one or so splits? What do you think of this argument, rookie players not having enough time to adapt to the LEC from ERLs?

I think I agree with it because the problem right now is that if you don't play, you don't play much on stage at all. I played in the ERLs for one and a half years now, and I played a total of three stage games, and now I have to play twice every week. It's for sure hard for rookies to adapt at the beginning, and probably the best fix for this would be more stage games.

How have you managed to transition from playing mostly remote in ERLs to playing in the LEC studio and in front of a live audience? How have you personally felt during that change in dynamic?

Although I was nervous in the beginning, I personally feel I play better on stage. I think by playing on stage, you're way more in the zone. You feel more serious, and it's easier to give your all compared to playing from home, where it's more chill, and it's easier to not give everything you have.

By joining a team like Misfits, which finished fourth in the spring playoffs a few months ago, therein lies a decent amount of pressure of trying to follow up on that success and vying for a higher placement for this split. Have you sensed that urgency to succeed as you continue the season with Misfits?

Personally, I would say that there isn't much pressure. Even though Misfits finished well in the spring split, I would say a lot of people have the opinion that we're actually not a top team. If we can reach the same standings that they did in spring, that would be a success in my eyes, for sure. I think that's a good step.

I guess by your standards, this team is not a top team yet?

No, I just think most people would not consider Misfits right now in recent years as a top team.

But of course, there's the possibility of them reaching that point in the future. 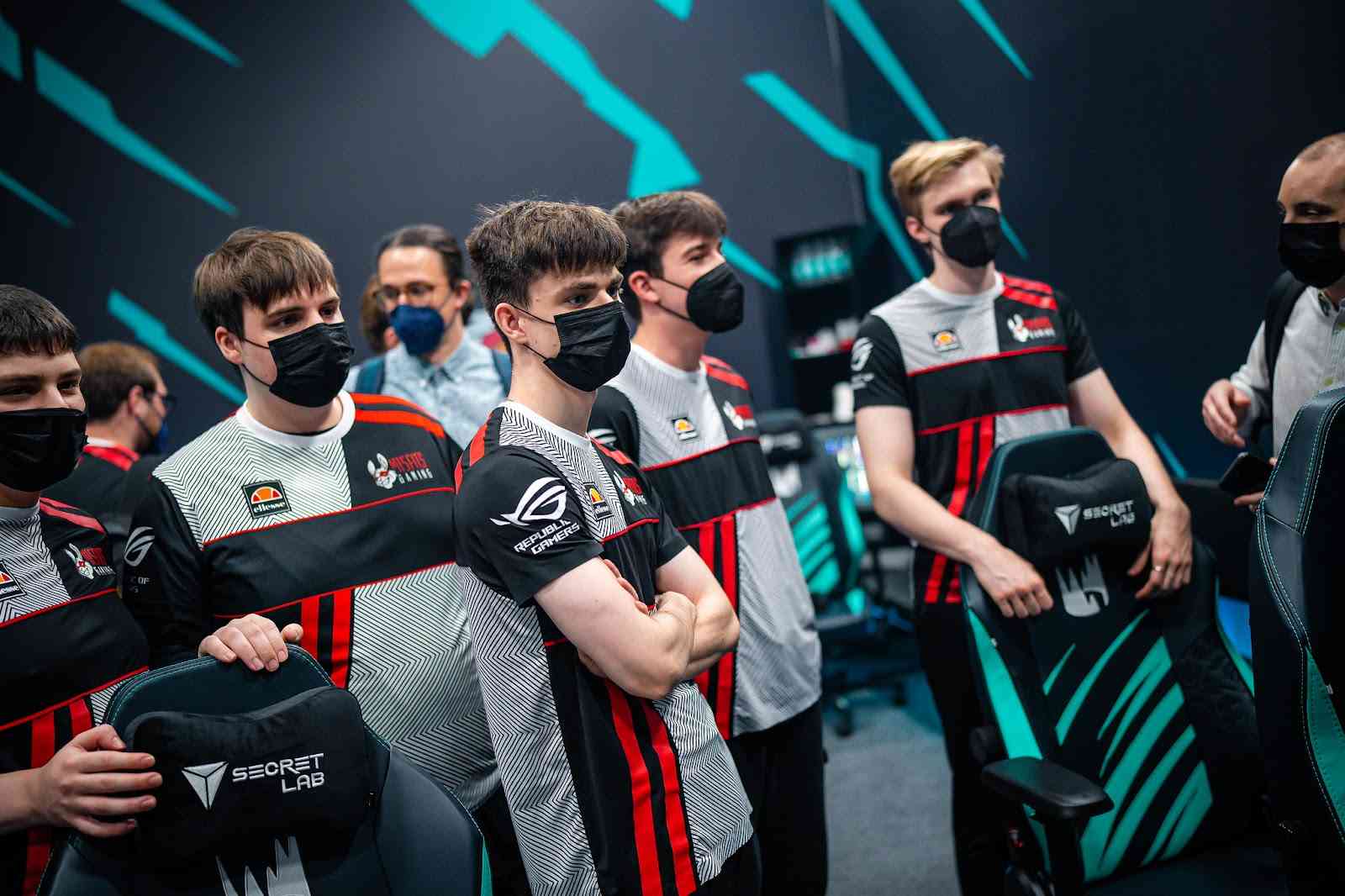 Actually, when I was playing in high elo for the first time, whereas everyone else usually has their name already, I didn't have any name. I was named at the time "Irrelevant Role" because I was playing top lane. I still play top lane, of course, but I thought my role was really useless and had low impact in solo-queue. I just didn't have a better name in my mind.

Have you ever thought about changing it as you continue your career?

Yeah, I did think about changing it. Personally, no one really calls me Irrelevant. Everyone calls me Joel, which is my real name.